The Mayan people of Guatemala gave us one of our favorite indulgences: chocolate. Already by the year 600, they grew cocoa trees, roasted the beans, mixed them with water, added a bit of spice and made "the drink of the gods." They used the beans for currency: Four beans could buy a pumpkin, and 10, a rabbit.

Guatemala is a country of entrepreneurs and is the biggest economy in Central America today, according to the World Bank. Sadly, it also has one of the highest inequality rates in Latin America, the World Bank reports, with "some of the worst poverty, malnutrition and maternal-child mortality rates in the region, especially in rural and indigenous areas." In 2014, 59.3 percent of the country lived in poverty, and 52 percent of those affected are indigenous.

The Missionaries of the Eucharist, a community of women serving in the remote mountains of Guatemala, are the inheritors of both the glory and the challenges of their country. Their mission of preference for the most abandoned is helping to reduce these inequalities, one of the United Nations' sustainable development goals.

In the current climate of wall-building between the United States and Latin American countries, I decided to reach across the divide and pursue their sad and remarkable story. I contacted Sr. Kathleen Curtin, a Sister of the Presentation of the Blessed Virgin Mary of San Francisco who became a mentor to the sisters in 1990, just prior to the death of Sr. Anthony Marie Orland, a former Presentation Sister from San Francisco who founded the Missionaries of the Eucharist. Sister Kathleen recounted stories from that time and sent me materials she received from the Missionaries of the Eucharist and from the Presentation Sisters' archives documenting the founding of this extraordinary group of women.

The congregation was born in the 1970s during one of the most brutal civil wars in Latin American history that included a legacy of abuse and murder of women. By 1996, when the 36-year war ended, more than 200,000 people had been killed, mostly indigenous; more than half a million were driven from their homes, and many more were raped and tortured. Mayan people, in particular Mayan women, bore the brunt of institutionalized violence.

Orland started the Missionaries of the Eucharist, one of only three indigenous women's congregations in the country, in 1975. Orland, known as Madre Tonia, started missionary life in Chiapas, Mexico, working with indigenous women. She felt inspired to join Mother Teresa's community, the Missionaries of Charity, in India, but when the Indian government refused her a visa, she returned to California. Undeterred in her dream to work with the marginalized, she went to Chimaltenango, Guatemala, in 1973.

Guatemala gained its independence in 1821, but that did not bring the freedoms hoped for as newly elected national leaders and military despots kept the majority of the population disenfranchised and poor. The entire country remained oppressed by conflicts involving the military government, right-wing vigilante groups and leftist rebels. The United States fueled the chaos, claiming fear of a communist takeover.

Alex Mikulich recently wrote an opinion piece for National Catholic Reporter that traces current migration problems to this unholy alliance between the U.S. and Latin American governments. Everyone was at risk during the war, especially those supporting the so-called rebels, including missionaries who were called communists for providing food or education opportunities.

The Missionaries of the Eucharist's founding unfolded in this context. While attending a Guatemala national congress for missionaries, Madre Tonia heard bishops' dreams of vocations of those who could minister to indigenous communities in the mountains. The religious could keep their culture alive and communicate with the people in their native tongue.

With the approval of Bishop Angélico Melotto Mazzardo of Sololá, she invited indigenous women for prayer and discernment for two days a month. A year later, in March 1975, she left Chimaltenango for San Martín Jilotepeque to live in a traditional adobe house. Within a month, eight women from Chimaltenango and San Martín Jilotepeque joined her. The pastor, Gonzalo Herrera, consecrated the house to the Sacred Heart, and the Missionaries of the Eucharist was born.

None of the original group of eight persevered, but those who followed express their commitment this way: "We are dedicated to evangelize by testimony, instruction and promotion of love and hunger for the holy Eucharist, especially in the most distant places and with persons most abandoned."

Six years later, Melotto moved Madre Tonia and three candidates to Santa Apolonia, a parish destroyed by the earthquake of 1976 and without a pastor. So along with formation, her group engaged in pastoral work and, with donations from the departed priest, helped rebuild Santa Apolonia and nearby San José Poaquil communities. However, this area was gradually becoming a stronghold for right-wing vigilante groups. Military and paramilitary abused the indigenous communities, leaving many widows without any way to support their children. The sisters helped 400 women form a weaving cooperative to help them generate income.

As violence escalated in the early 1980s, when Gen. Efraín Ríos Montt seized power, Sololá Coadjutor Bishop Eduardo Ernesto Fuentes Duarte and local parishioners persuaded the sisters to leave Puerto San José, fearing for the sisters' lives, as indigenous women were targets for abuse, rape and murder. One by one, the community's candidates returned home, leaving one Mayan sister, Virginia, and Madre Tonia. Miraculously, even in the midst of the turmoil, other women joined them as candidates, and some persevered to final profession.

In early 1982, when Madre Tonia learned of women and children in San Martín Jilotepeque being stranded as their husbands were kidnapped and killed, she trucked food from various parishes to assist them. Entering the town, the army stopped her, accused her of being a guerilla, and put her in jail. Father Gonzalo warned the army that by jailing a North American, they could be in great trouble, and they let her go after two hours. She returned to Santa Apolonia but was warned weeks later that the soldiers were again looking for her. Her community of seven left for the bishop's house in Guatemala City.

The people of Santa Apolonia, missing the sisters, begged them to return, promising protection. Three sisters and two candidates returned in 1984 while Madre Tonia stayed in the city with two novices. In April 1985, she moved them to San Andrés Semetabaj to a new house of formation, built with funds from donors in the United States and Guatemala.

Throughout the next 10 years, sisters trained in catechetical work and opened nine community missions. Seeing the need for more diverse training, Madre Tonia was delighted when Srs. Liz Remily and Joanna Bruno, two nurses and Presentation Sisters, volunteered to offer pre-nursing classes to the sisters.

"We were happy to help," Sister Joanna said. "Sister Tonia invited us to our first mission in Guatemala, Santa Clara La Laguna, Sololá. We found an abandoned building previously used as a clinic by former volunteers."

Thirty-one sisters work in parishes, with abandoned elders and youth in training centers. They know mountain life intimately, having grown up here, where altitudes are as high as 9,000 feet, and temperatures get as low as 20 degrees. They lived with families eking out a living growing corn, beans and a few chickens. They knew crowded conditions in one- or two-room adobe huts with tin roofs and dirt floors. If lucky, some had wells, but others trekked to the river for water. Health care from local healers and midwives is still common, with patients deterred by the distance to travel to government facilities that often lack medicines or supplies. The sisters know well the people's daily joys and disappointments.

Turbulence and rejoicing marked their community's beginnings. The sisters were ecstatic when Madre Tonia received permission from the Vatican and her Presentation congregation to profess perpetual vows in her new community in 1995*. And they grieved when, diagnosed with cancer, Madre Tonia went to Houston for treatment and died in 2000*, only five years after joining the Missionaries of the Eucharist.

While receiving chemotherapy in Houston, Madre Tonia had met the founder of Magnificat Houses Inc., Rose Mary Badami, who invited her to bring her sisters to join the Magnificat Houses' mission, which was similar to that of the Missionaries. Madre Tonia, excited about the opportunity, received approval from the archbishop of Houston-Galveston, but she realized she could not carry out her dream. Instead, she asked Sister Kathleen, known as Hermana Cata, to accompany the sisters. Three Missionaries of the Eucharist and Sister Kathleen fulfilled Madre Tonia's dream in December 2001.

Five sisters, three of them U.S. citizens, work in group shelters in Houston with people who are homeless and people coming from jail, and with Loaves & Fishes, a soup kitchen serving home-cooked meals six days a week. The Missionaries of the Eucharist dream of attracting women in the United States to join them in mission. Sister Kathleen no longer lives with them but visits annually to offer her support and help with fundraising.

In preparing to write this blog, I read many articles from official documents, newspapers and radio accounts about the terrible period of Guatemala's history when the sisters were founded. I had heard about them in years past, but writing this story was very moving. I felt amazement and anguish at the strength of these women, who persevered and continue on even today. Their newsletter photos reflect joy in their faces. I know it is the power of God, but their resilience is unfathomable to me.

*An earlier version of this blog gave incorrect years for Madre Tonia's final vows and her death. 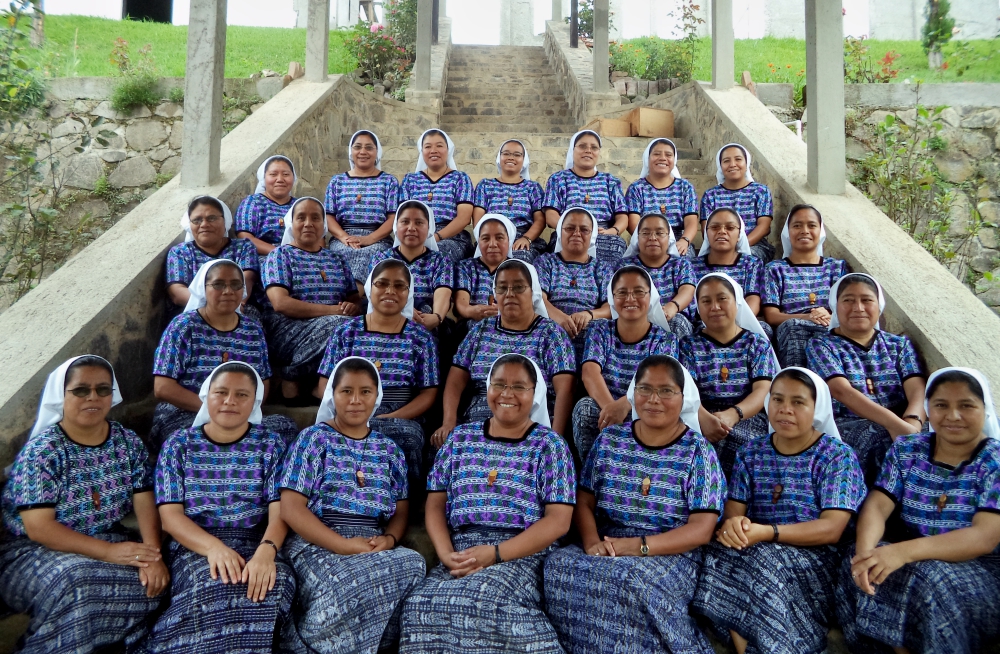 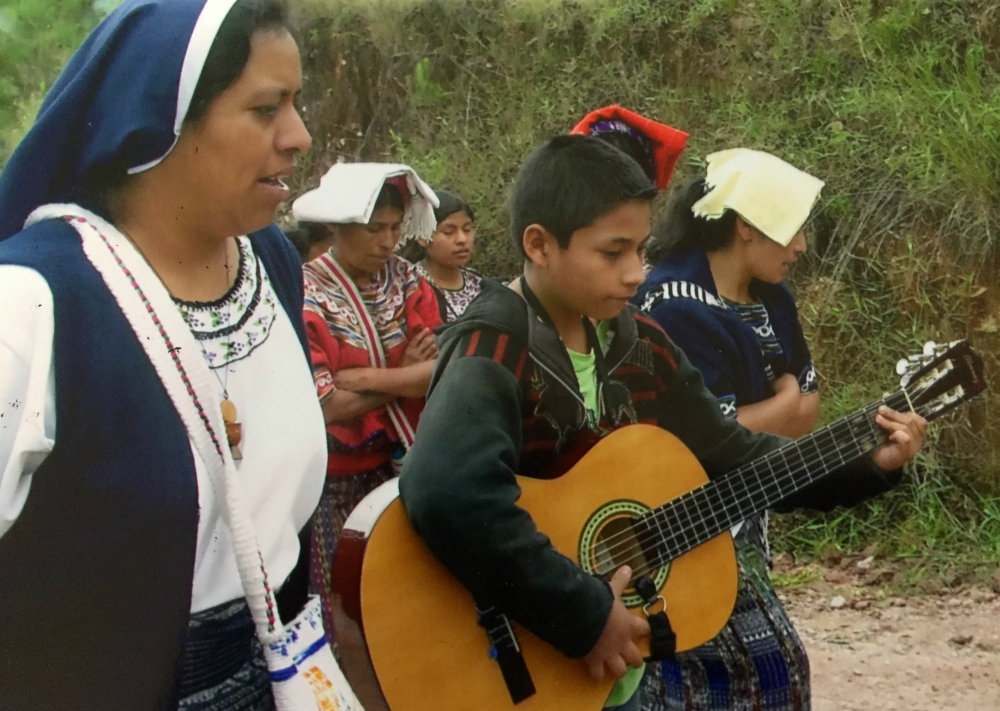 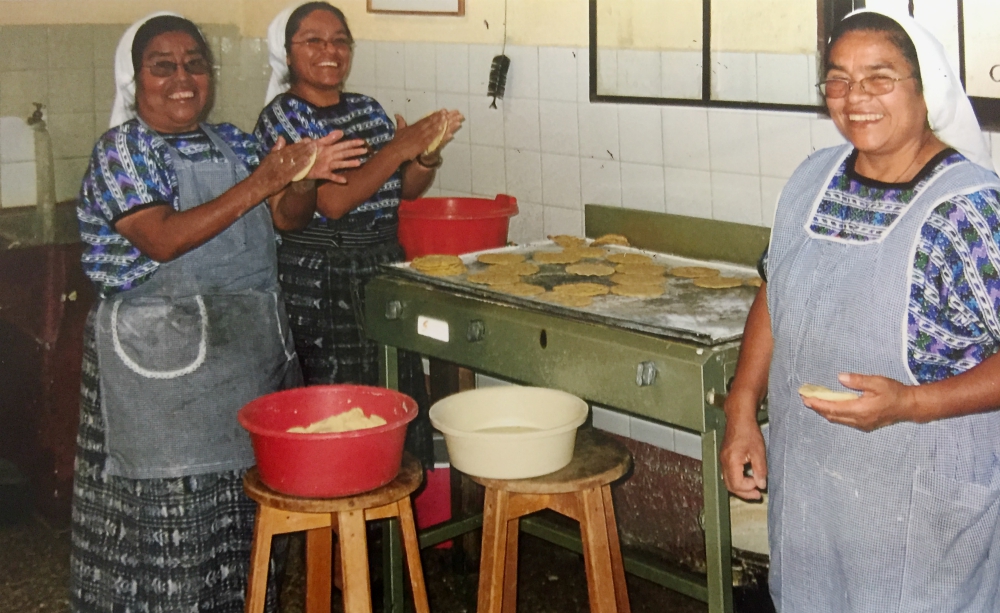 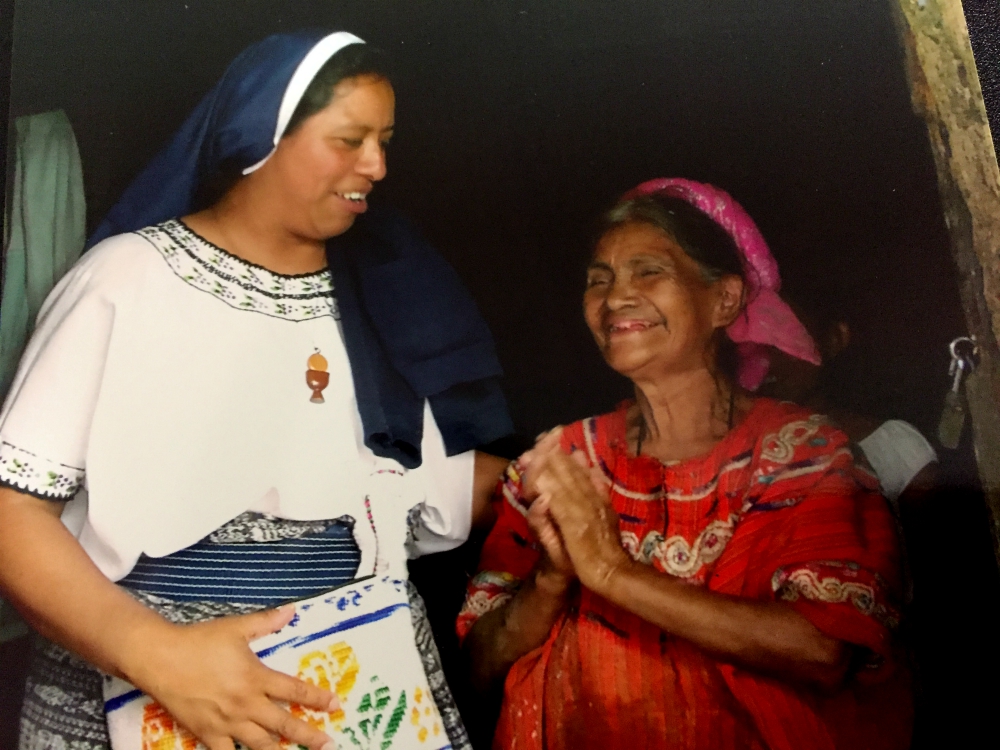 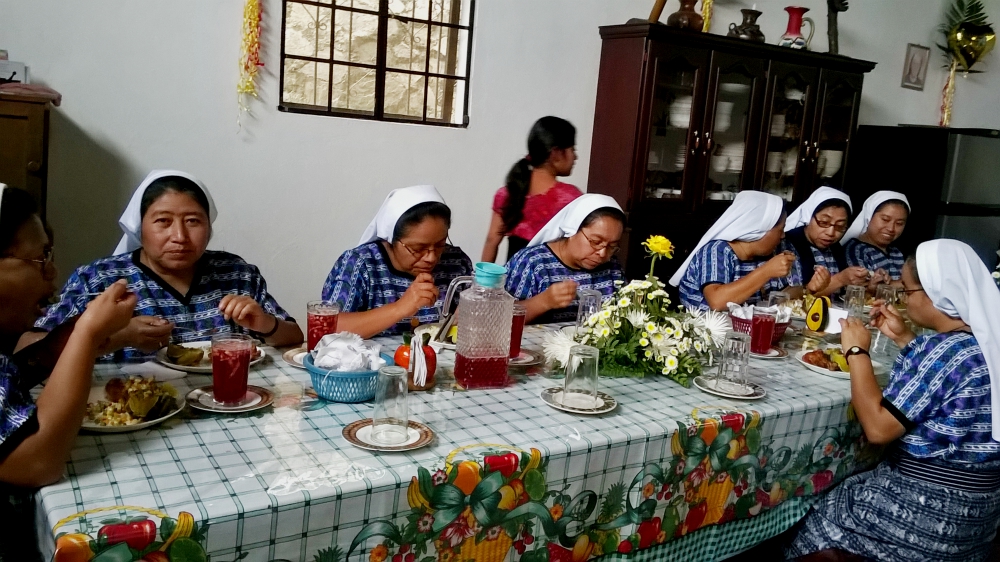