Breakfast each morning during my trip through Vietnam was at street-side eateries — usually pho (noodle soup) or Vietnamese sandwiches made with crusty French rolls. Oh, yes, and delicious coffee. I thoroughly enjoyed iced Vietnamese coffee, rich with sweetened condensed milk, that started off each day and sometimes during the day. School children with their parents, workers on their way to work and visitors all eat at the myriads of breakfast kiosks along the streets of every town and village in Vietnam. It is cheaper to eat out than cook at home and takes less time. Most often people sit in the shade of early morning sunshine on tiny chairs arranged around small tables.

One morning we were on our way to a school for the children who are deaf-mute, blind and have Down Syndrome, a school managed by the Sisters of St. Paul de Chartres in Buon Me Thuot city. It is the largest city in the highlands of Vietnam in the province of Daklak, known for its lakes and waterfalls, forests and ethnic minority groups. It is also famous for coffee production and a 200-hectare (500-acre) elephant sanctuary. Later in the day, after our visit to the sisters we attempted a quick visit to see those domesticated elephants but were disappointed to find that they had already been put to bed when we arrived. Unfortunately, only 115 wild elephants remain in Vietnam. For centuries the people of the Central Highlands have been recognized for their skill in riding and training elephants.

The St. Paul de Chartres Sisters have been in Vietnam since 1860 and now have sisters in about 16 of the 25 dioceses of the country. The ministry of the first French sisters was caring for orphans, and only four years later they began working with children who have hearing impairment. Ownership of one of their schools was taken over by the government in 1975, but the sisters were still employed to teach there.

The sisters have grown into expert teachers of children with disabilities. In the summer of 1997 the native Vietnamese sisters, after being trained in France, started a special education school in Vi Nhan. Being highly qualified in this field is important, so the sisters go for training at every opportunity. By taking courses in government schools, sisters have the option to complete two-year or four-year bachelor degrees. The congregation also invites teachers from North America and Israel to give summer school training sessions. About 50 sisters have now completed their special education college certification. Some members of this community are also trained in traditional medicine and acupuncture and serve in clinics in cities and rural areas.

Even though in the past the government did not overtly recognize the sisters' contributions — and sometimes even excluded their students from national competitions — in the last few years, the church has made its voice heard, and the government now officially recognizes their efforts and successes. Their students are invited to participate in nationwide competitions in sports, music and art, and now that government workers are allowed to enroll their children in schools of their choice, many choose the sisters' schools.

Due to financial limitations the sisters are not unable to pay employees and teachers what they would deserve, nor can they afford the vacation, healthcare and retirement benefits comparable to what is offered at government-run schools. So, once the lay teachers graduate from universities in special education programs, they are tempted to leave the sisters and go where they can find better pay and benefits. This is a great loss to the sisters, after they have spent many years training them.

Although governmental relations have improved and officials acknowledge the sisters' work for the poor and children who have disabilities, the recognition does little to support them. Even obtaining permissions for construction permits for expansion or gaining credentials similar to what other schools easily receive are delayed for indefinite periods of time.

We discovered this when we visited the Servants of the Most Blessed Sacrament. The sisters have a beautiful school to serve children who have various disabilities. The school once shared a wall with a government one on land confiscated from the sisters in 1975. When the government school failed, officials decided to return the undeveloped property to the sisters. However, the sisters are still waiting for permits for rebuilding and have no idea when they will come.

The St. Paul Sisters were pioneers in their commitment to children with disabilities. The Vietnamese government has generally been slow to recognize these children as educable and able to contribute to the development of the society. The sisters, on the other hand, have helped awaken families to the value and giftedness of their children. Children with hearing loss were the most neglected of all children with disabilities because they could not manage to learn language skills. Families often kept them isolated and even hidden because parents did not know how to care for or relate to them.

The sisters were some of the first to learn and use Vietnamese sign language, and as parents realized that their children were learning to communicate, they became cooperative. As Vietnamese sign language developed and improved, the children were able to flourish. Most schools for the hearing impaired were in cities, but the sisters gradually took their special skills to the rural areas and the ethnic communities of the Highlands.

Working with the Highland communities is challenging because of their conflictual history in Vietnam. Earning their trust is very difficult and can take a long time. Most families are simple farmers who have not had the opportunity for any formal education so are distrustful to even consider that their children with deafness or blindness are able to learn. For those who take the risk, it is a kind of miracle.

Our visit to the school at Vi Nhan in the Buon Me Thuot area was an amazing experience of the sisters' skills of integrating diversity. Dance is an important expression of Vietnamese culture, so having children with hearing and sight impairment and Down Syndrome be able to perform brings them into the center of cultural life. They are no longer excluded from community activities. It was absolutely astonishing to watch Vietnamese and ethnic Highlanders perform dance and instrumental pieces with great precision. For those who are deaf, teachers stand on the sidelines out of sight of the audience and prompt the children in the dances. Those in the band, unable to read the music because of sight impairment, kept perfect time. They were taught by an expert musician, a former student of the sisters, who himself is blind.

The students attend formal education classes, and as they advance, the older students are taught skills that will enable them to earn income to support themselves. Some of the teachers at the school were once students there.

Finding ways to feed the children and generate income for equipment, books and administration of the schools and social service projects is always a challenge. But, here too, the sisters take up the challenge. They accompanied us to one of their farms where they raise chickens for meat and eggs, cows for milk and pigs. They have huge gardens to grow varieties of vegetables where most of their produce is ecologically grown.

The day with the sisters was very inspiring. It was clear that they enjoyed being with and teaching the children and were proud of their achievements. Bringing the children and their parents who have been kept on the margins of their communities and integrating them into the Vietnamese society is a definite witness of God at work through the sisters. Any restrictions the sisters experience from the outside are only challenges to their creativity and ingenuity. 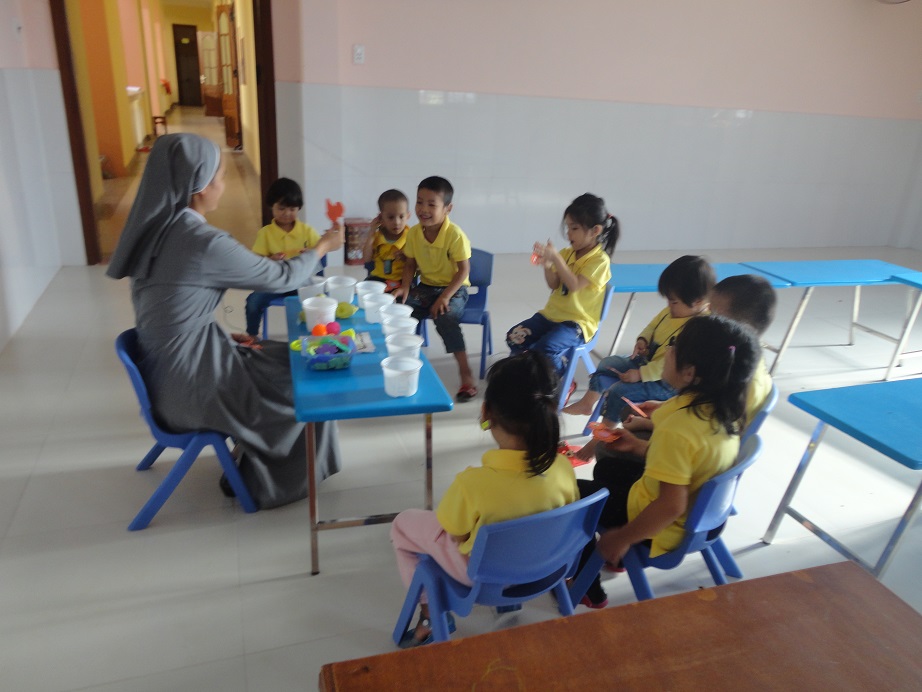 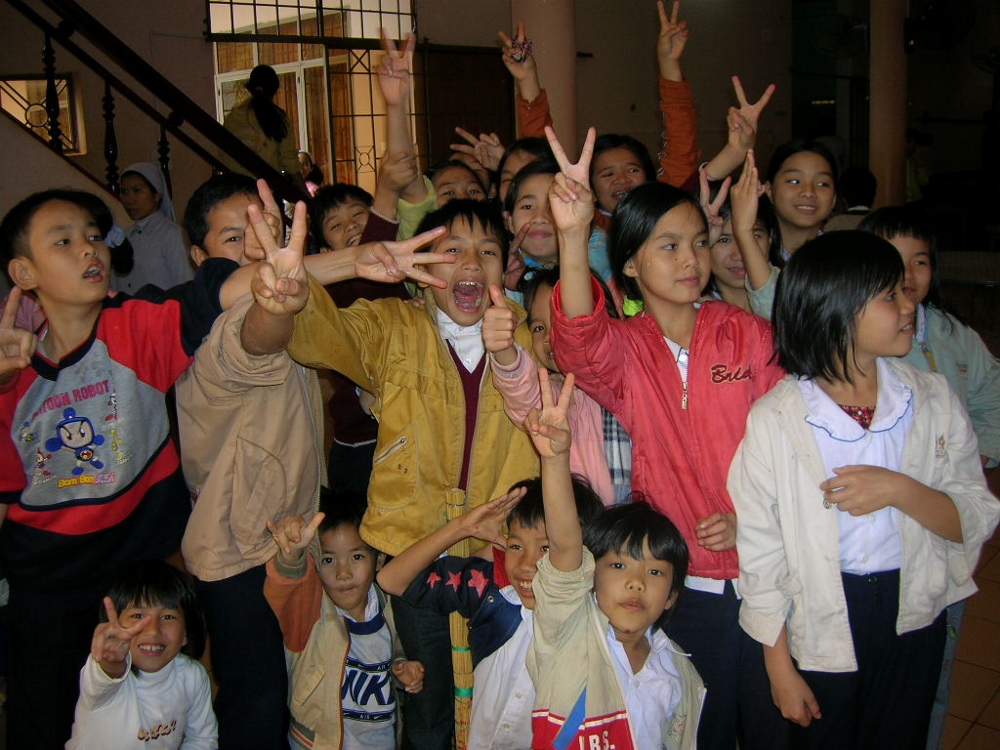 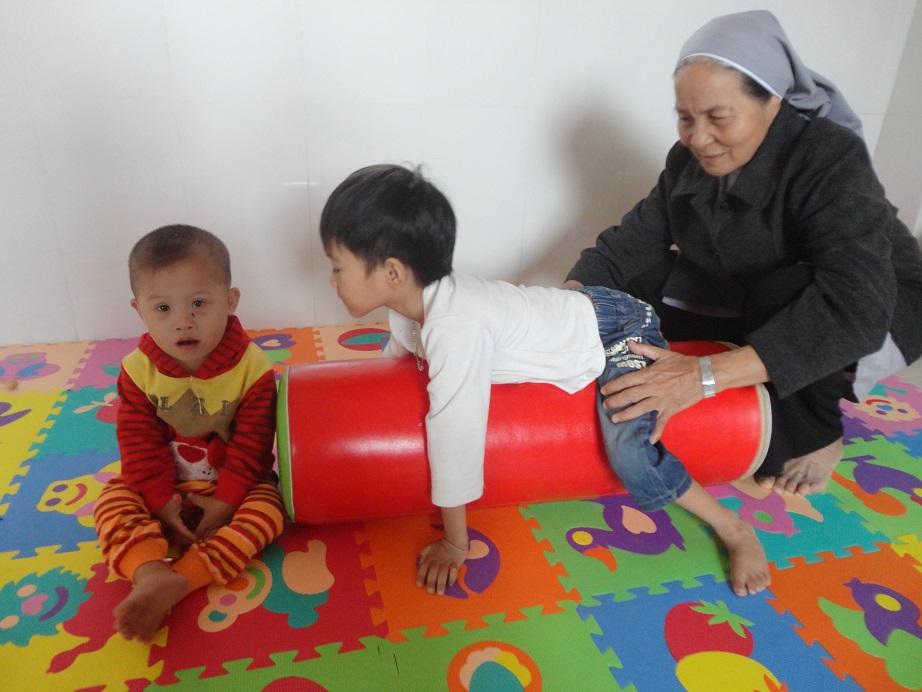 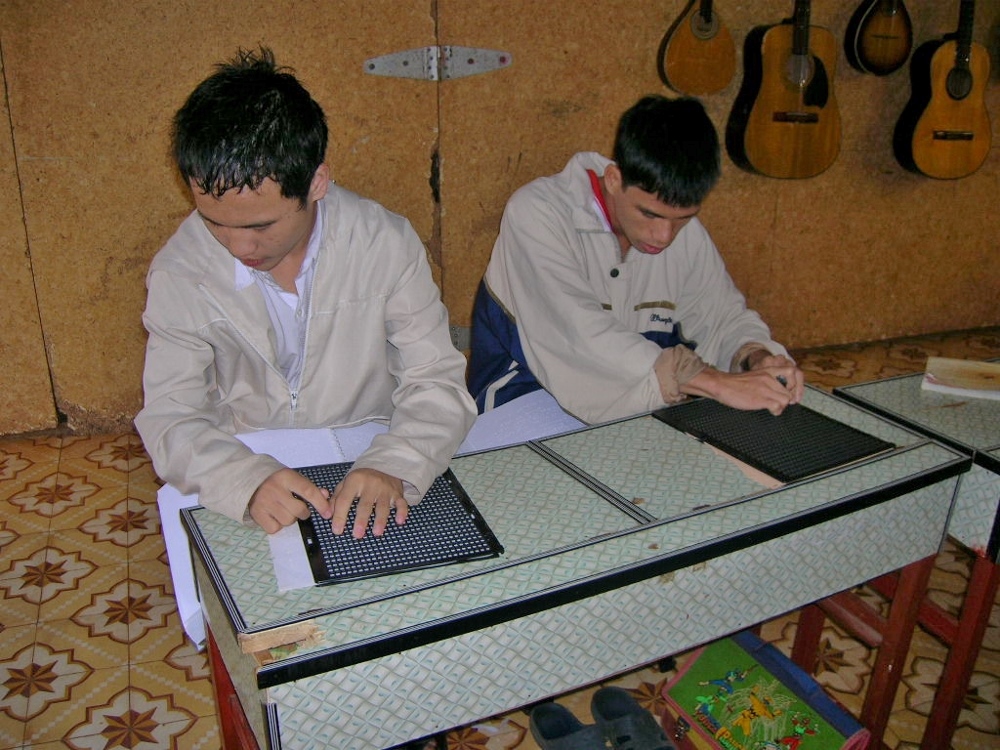