Teamwork was much on display in the 31 awards garnered by National Catholic Reporter and Global Sisters Report at the 2017 Catholic Media Awards announced June 23 during the annual Catholic media convention.

A good example of this teamwork is seen in the First Place Award in the Best News Writing on a National or International Event category. The award is for a series of articles that began with a breaking news story from our Vatican correspondent, Joshua J. McElwee, that Pope Francis was creating a commission to study question of women serving as permanent deacons. After the news broke, Elizabeth A. Elliott and Traci Badalucco, working from our Kansas City, Missouri, office, gathered reactions to this news. Over the course of several weeks, McElwee did additional reporting about the makeup of the commission and its members' views.

It was that full packet of reporting that the Catholic Press Association judges awarded. ...

Also deserving of special note is Claire Schaeffer-Duffy's two-part investigation into the unsolved murders of Xaverian nuns in Burundi, which the judges called "a top-notch investigative story." Schaeffer-Duffy has won CPA recognition for her investigative work before. She was honored in 2015 for her reporting on gun sales on the U.S.-Mexico border.

Schaeffer-Duffy's award is also of note because it illustrates the importance of Global Sisters Report, the 3-year-old reporting project supported with a grant from the Conrad N. Hilton Foundation, to NCR's overall journalistic enterprise. GSR staff members and contributors earned five awards in various categories. 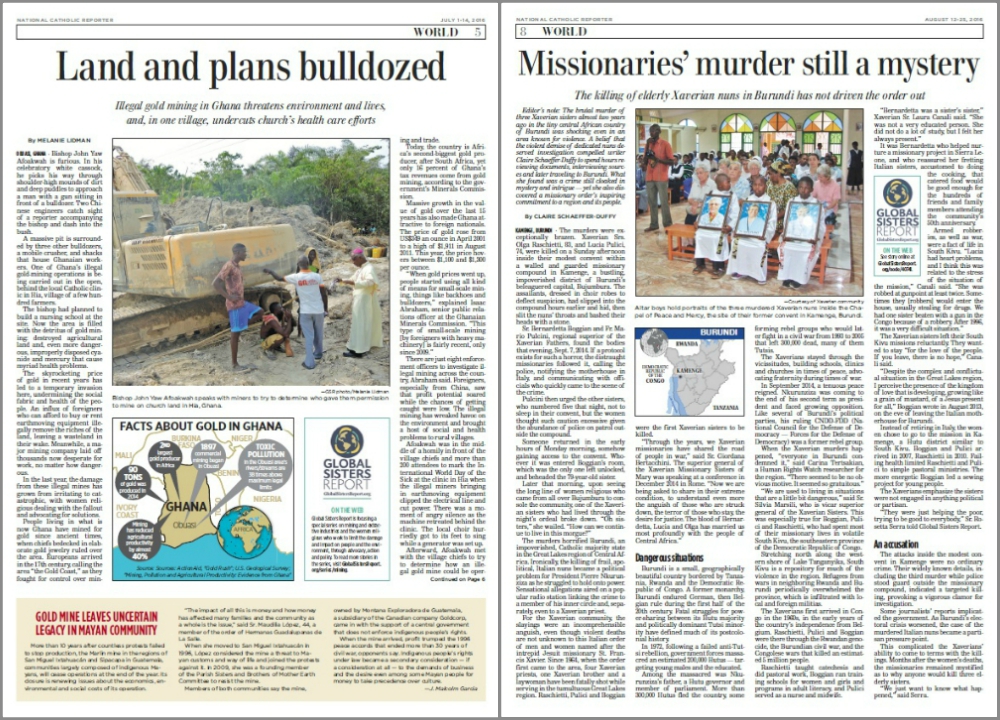