by Brenna Neimanis
This article appears in the Notes from the Field feature series. View the full series. 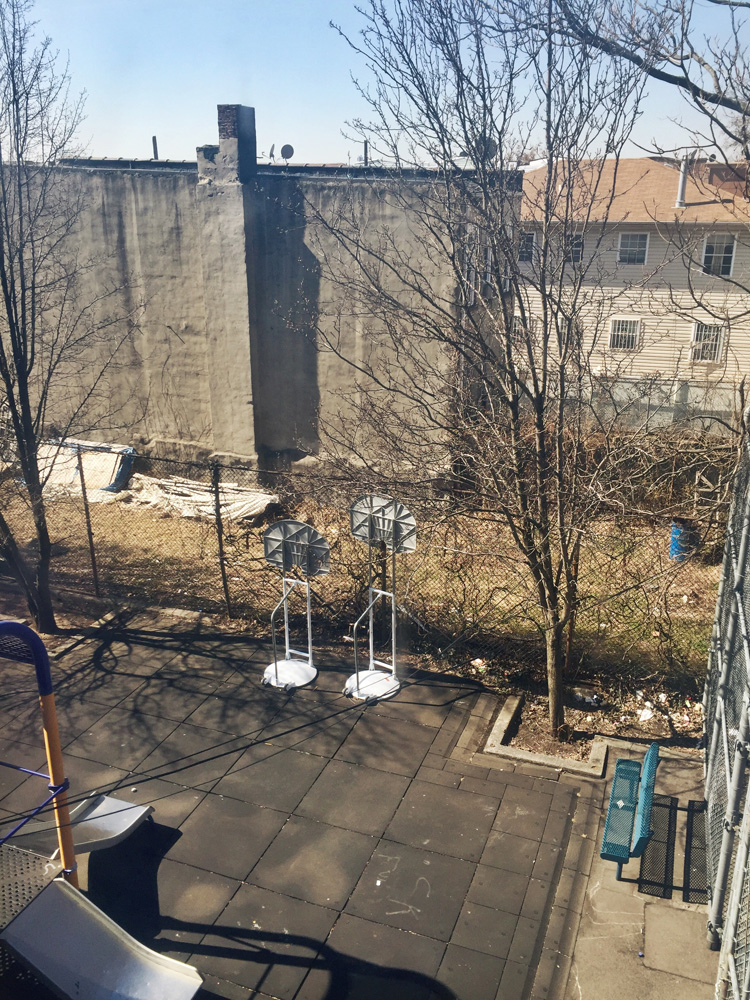 New York, N.Y. — Notes from the Field includes reports from young women volunteering in ministries of Catholic sisters. A partnership with Catholic Volunteer Network, the project began in the summer of 2015 This is our third round of bloggers: Brenna Neimanis is a Good Shepherd Volunteer at a juvenile justice residential detention facility serving adolescent girls in Brooklyn, N.Y., and Kerry DiNardo is a Notre Dame Mission Volunteer AmeriCorps member serving at a Cristo Rey school in Boston.

Many people have heard the phrase "school-to-prison pipeline" in reference to the ways that many of our youth have been failed by the education system and are essentially set up for a life in and out of prison.

Often, schools are underfunded, cannot provide adequate resources or support for students, and are pressured by various initiatives to push out the lowest-performing students to keep their test averages high. Overly harsh "zero-tolerance" rules and increased police presence and reliance have also added to the issue. Arrests of students — often for behavioral issues and classroom disturbances, not violent crimes — continue to increase.

Being introduced into the criminal justice system at a young age for minor infractions ultimately increases harmful behavior. It is mentally and emotionally damaging, stigmatizes the youth and exacerbates current behavioral concerns. Serving time in juvenile justice facilities can also make continuing education more difficult and often sets the youth back drastically.

According to the American Civil Liberties Union, many of these youth have an incredibly difficult time trying to reintegrate into traditional schooling, and the vast majority of these youth never end up graduating high school. All of this has been shown to lead many children to a sustained life in the criminal justice system. This happens disproportionately to youth of color and lower socioeconomic status, as is the case of our prison systems in general.

The school-to-prison pipeline has become a hot-button issue in recent years and has attracted a lot of attention, specifically on boys in the U.S. But recently, I've learned of a similar, less-known juvenile justice structure that has been failing our girls. 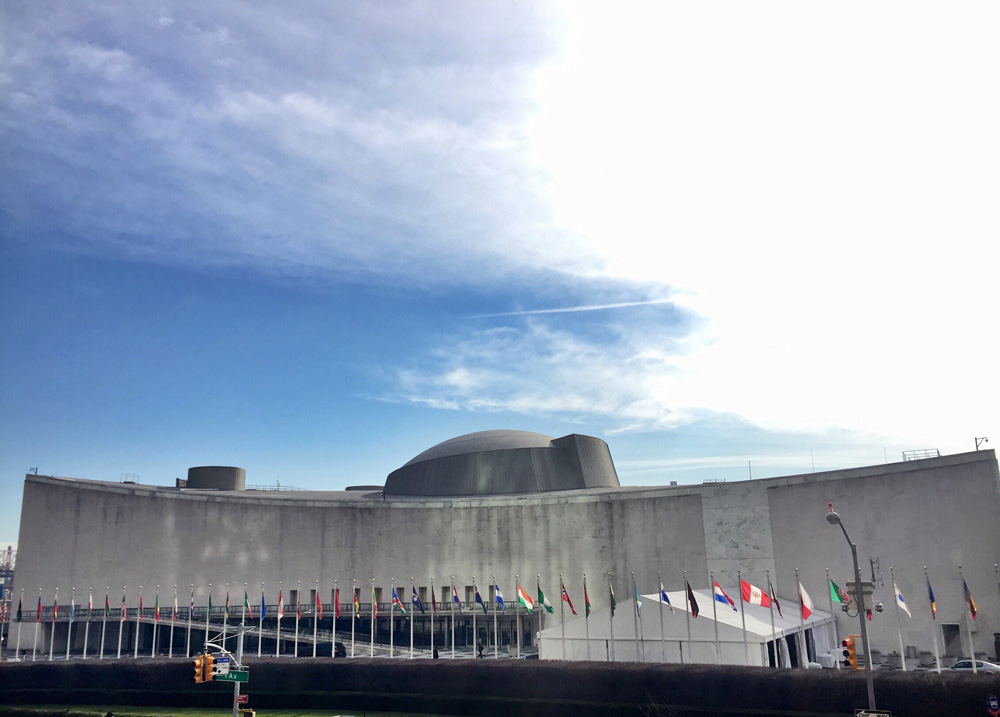 A beautiful sunny day at the U.N. for the Commission on the Status of Women Conference (Brenna Neimanis)

Last week, I had the opportunity to be a representative for the Congregation of Our Lady of Charity of the Good Shepherd at the annual Commission on the Status of Women conference at the United Nations headquarters in New York City. The conference facilitates deep discussion around diverse issues and injustices that women face all around the world. It has been incredibly informative, and I have heard from inspiring women and men from dozens of countries working on behalf of women everywhere.

I attended a presentation titled "Economic and Sexual Violence Against Women as Barriers to Sustainability," where Yasmin Vafa, co-founder and executive director of the Human Rights Project for Girls and a representative for the U.S. State Department in Washington, D.C., spoke on the relationship between sexual abuse and the juvenile justice system. The phrase "school-to-prison pipeline" immediately popped into my head, but my mind was opened further to what I now view as an even more shocking relationship and set of statistics.

Vafa explained that sexual abuse is a primary predictor for girls entering the juvenile justice system. A study conducted in Oregon shows that 93 percent of girls in the state juvenile justice system have experienced physical or sexual abuse. A similar study done in South Carolina shows that 81 percent of this same population has experienced sexual abuse prior to coming into the system. And in Florida 84 percent of these young women have experienced family violence. Multiple studies done in other states had similar statistics, Vafa said.

Initially, I was taken aback by these dramatic statistics, but once I thought about the young women I work with in a female juvenile justice facility, the shock disappeared.

When you consider the main reasons girls are detained and sent to juvenile detention facilities the statistics start to become clear. Two of the largest reasons: running away from home and truancy. Both are safety concerns and can often be trauma responses to physical, emotional or sexual abuse at home. In many cases, we arrest girls for trying to escape or endure abuse, bring them into the justice system and put them on the same track for failure I mentioned earlier.

"Prostitution" is another charge that brings many adolescent girls into the juvenile justice system. But let me set the record straight: There is no such thing as a "child prostitute" — that is abuse, that is rape, that is human trafficking.

When we view exploited and abused youth as criminals, we criminalize victims for being abused. Then we turn around and let the majority of the "buyers" go free without punishment, maybe requiring a small fine for this "misdemeanor." Malika Saada Saar, former executive director of Human Rights Project for Girls, says "There should be no difference between raping a child and paying to rape a child." I agree wholeheartedly. This is not justice.

Before beginning my service here in New York, I spent a few months over the last couple of years in Asian countries working with abused and exploited children. It is an issue that is very close to my heart, and I honestly couldn't believe that I did not recognize the extent of which I still face it today. I was aware that the youth I work with experienced significant trauma, but hearing those statistics weighed on my heart even more. 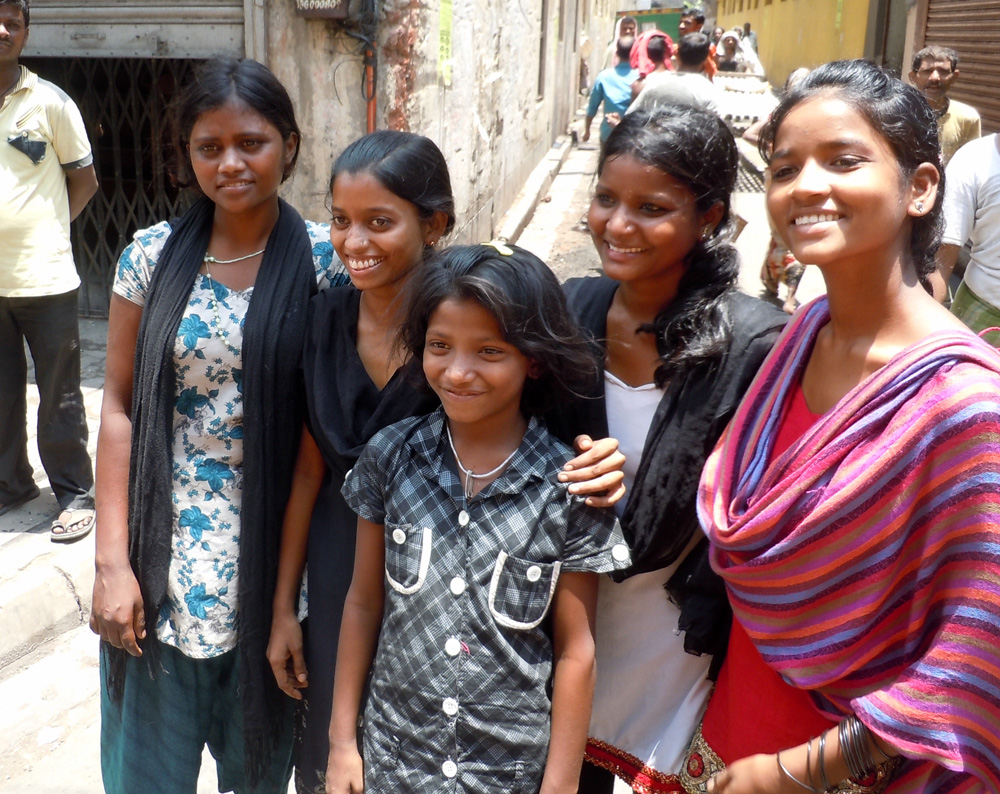 Inspiring children I had the opportunity to work with at a healing center in Kolkata, India (Brenna Neimanis)

During these last few months of working closely with girls in the juvenile justice system, the relationship between sexual abuse and exploitation and the circumstances landing these girls in the facility has crossed my mind on multiple occasions. I am fortunate enough to have built strong relationships with these young women and have noticed a theme in many of their pasts they have shared with me. I see what seems to be similar statistics presented in the majority of these young women as I hear story after story of abuse and exploitation. They simply view it as part of life or as survival, and for that, I am full of sorrow.

Though it is tragic that this is such an immense and prevalent injustice, I am thankful that it is becoming a more widely discussed topic. I am seeing steps taken toward prevention, specific actions being taken in the midst of the abuse, and an increased awareness and access to after-care resources. I am fortunate enough to be a part of a juvenile justice facility that is intentional about recognizing the trauma histories of each individual and approaching each life with compassion and support.

We also have the privilege of partnering with inspiring people and organizations, such as Girls Educational and Mentoring Services, or GEMS. This organization works for justice around the issue of human trafficking and provides specialized care to survivors as well as education to anyone who could possibly come in contact with youth who have suffered these atrocities.

All of this brings me to a place of hope as I go into hour three of sitting in the dark on a stoop in Harlem, waiting for one of my residents at a GEMS meeting. She finally has a chance to feel supported and understood by other girls who have experienced similar violence and exploitation. Knowing that there is a group of 12- to 18-year-olds sitting in a room coming together because of their abuse and trauma breaks my heart but puts me in a state of awe at the resiliency and healing that has already begun to take place.

It pains me to know that a meeting like this even has to happen, but I am inspired and encouraged by the people creating and facilitating these safe spaces, as well as by the bravery displayed by these strong and courageous youth. 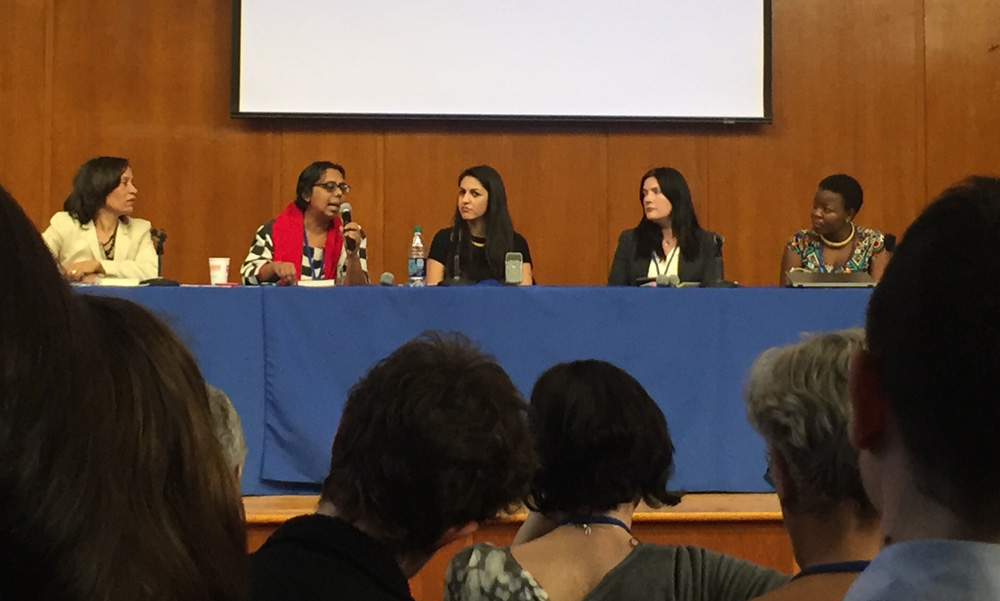 The "Economic and Sexual Violence Against Women as Barriers to Sustainability" panel, from left: Ruchira Gupta, founder and president of Apne Aap Women Worldwide; Yasmin Vafa, co-founder and executive director of the Human Rights Project for Girls; Rachel Moran, author of "Paid For" and a survivor of sex-trafficking in Ireland; and Eva Komba, gender and development consultant for Embrace Dignity in Kenya. (Brenna Neimanis)