Skip to main content
This story appears in the Web of Life feature series. View the full series.

Long before the tropical birds began their sunrise call-and-response from the treetops, a sleepy band of travelers boarded their transport for an expanse of jungle where the Pan-American Highway ends and the Darién Gap begins.

Two hours south of Santa Fe lies the town of Yaviza, where the expedition into the vastness of the Matusagaratí would begin. Two long wooden piraguas, Kuna-style boats, awaited the passengers at the height of the tide that would work in our favor to pull us deep into the heart of Panama's largest wetlands system. Our trip is part of the Web of Life retreat with the Maryknoll Sisters here.

We were in good company for such an expedition: wildlife biologist and political scientist Osvaldo Jordán on the one side and tropical biologist Alicia Ibáñez, formerly of the Smithsonian and now with Panamanian Center for Research and Social Action*, on the other. But in the back of my mind was the one who should have been there but could not be: exiled journalist Ligia Arreaga, for whom this endangered ecosystem had become a raison d'être. Her fight to save it from powerful agroindustrial interests ultimately put her in their crosshairs, and last year, she was forced to leave the country after receiving multiple death threats.

The sun's first rays punctured the clouds and began to reveal a shifting expanse of lush vegetation: first, highland forests and the occasional two-story thatched-roof wooden homes of the native Emberá; then, the awakening natural world around us. A flock of green parrots flew overhead. A crocodile, floating like a log on the surface, submerged.

Ibáñez began to point out the wetlands species emerging as we made our way downriver: the castaña de agua, whose big, heart-shaped leaves reminded me of a giant version of arrowroot in the wetlands back home in Missouri; the mangroves, beginning with white mangrove then the towering caballero, or red mangrove, and then the much-harder-to-find piñuelo, or pineapple mangrove, with its pinwheel-like pink flowers.

We saw the towering alcornoque trees, with a basketball-sized seed — Ibáñez told us it's the world's largest — and their massive spreading buttresses. We saw the sangrillo with its sprays of bright-yellow flowers. And we saw the massive cuipo trees, endemic to the region of Darién and known as the habitat for the national bird, the imposing harpy eagle.

Jordán was the point person for the bird species, and there were many: egrets and herons of different kinds, ibises with their long, curved bills and, most dramatic of all, the regal cocoi heron, only found in this region, surveying its domain from a tree trunk in the middle of the expanse of water.

In the distance, the fog lifted over the mountains of the Filo del Tallo reserve, one of the principal sources of fresh water for the wetlands system. I recalled Arreaga's worries that this freshwater source and the biological corridor is being cut off from the wetlands by clear-cut fields planted with monocrops of chemical-dependent species, like oil palm and rice.

The expedition ran into more adventure than planned when the guides got disoriented and overshot the turning point, an estuary where the boats could get closer to the lush vegetation unfolding around us. They backtracked and found it in the end, and the foray up the inlet took us to the heart of the journey, where howler monkeys roared at us from the treetops and we peered into the depths of the forest.

The error cost us dearly, as we would end up fighting the tide, running out of gas and getting stranded. But it served to slow us down, and it was in this lapse that biological necessity forced several of us to step out of the boat into the knee-deep mud. Ibáñez and I climbed a tiny waterfall in one of these forays, stepping off the path and climbing up into the mud, and found a wonderland where the tidewaters were caught in a glassy backwater under the trees. Ibáñez exclaimed in delight: She had found a rare fossil tree, a member of the cycad family, whose ancestors go back to the time of the dinosaurs.

It was here, near the fossil tree, watching the clear, cool tidewaters trickle down through the mud into the river below, that I felt the heartbeat of Matusagaratí.

Sunburned and exhausted, we finally arrived in civilization with abundant food for thought. Among the lessons was the way life can often take us from our charted path in ways that are inconvenient and even dangerous, but that this departure from our comfort zones can sometimes bring us the most beautiful gifts of all.

The next Web of Life dispatch will include a National Geographic-recognized jaguar expert and a tour of the organic farm and the medicinal plants project the Maryknoll Pastoral Center has created. Read all Web of Life coverage.

*This piece has been updated to accurately reflect Ibáñez's current position. 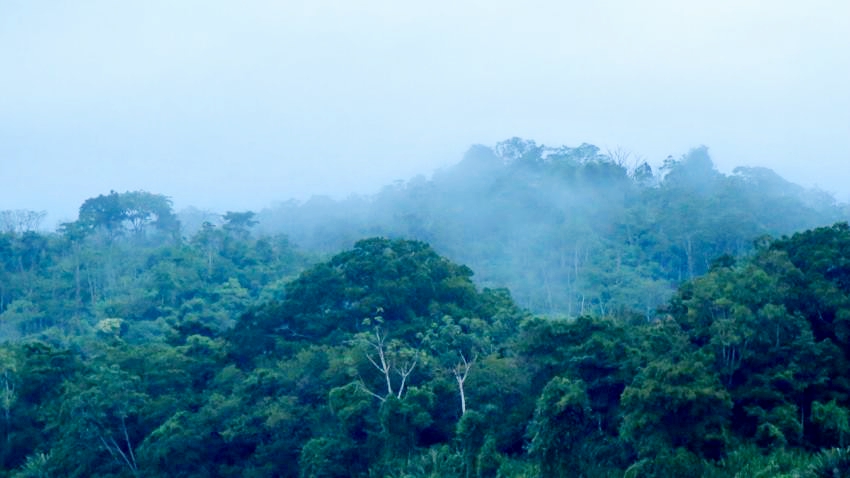 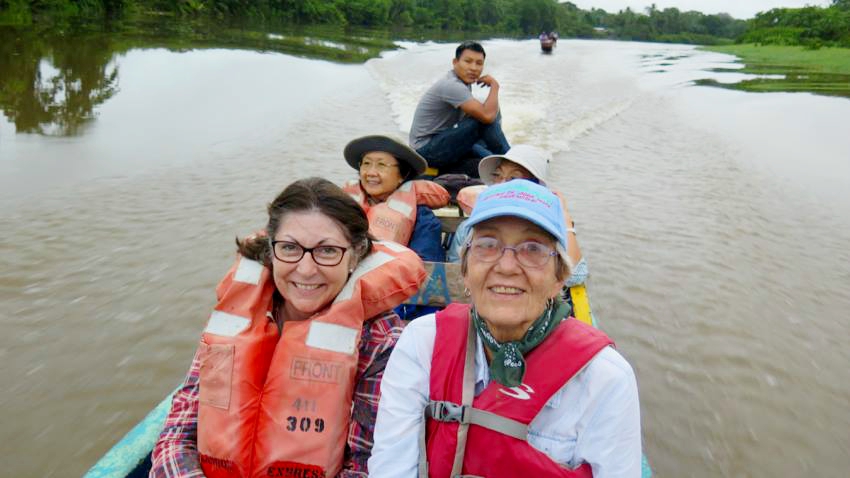 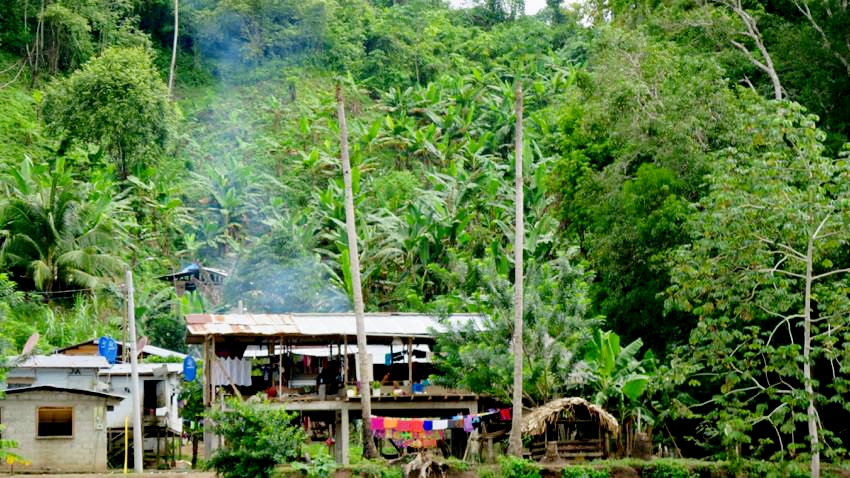 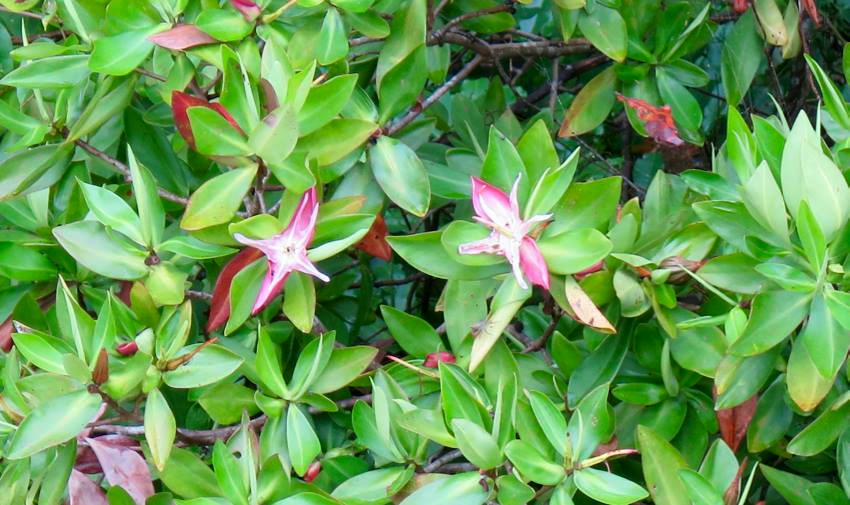 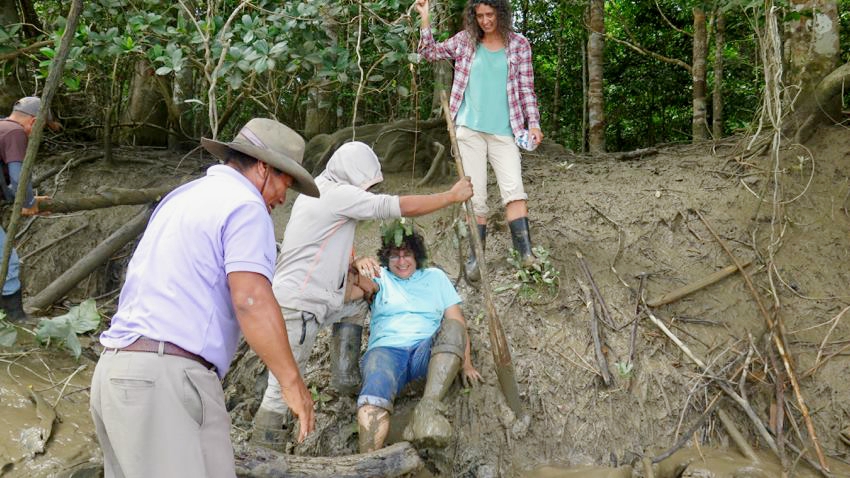 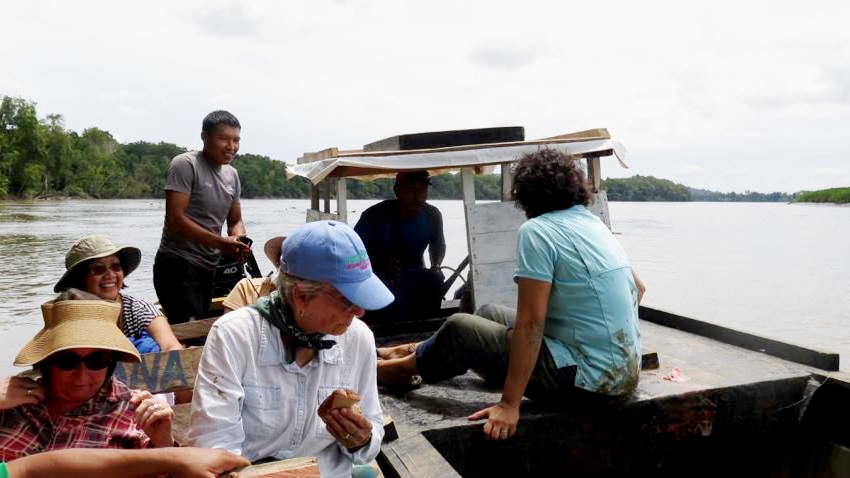 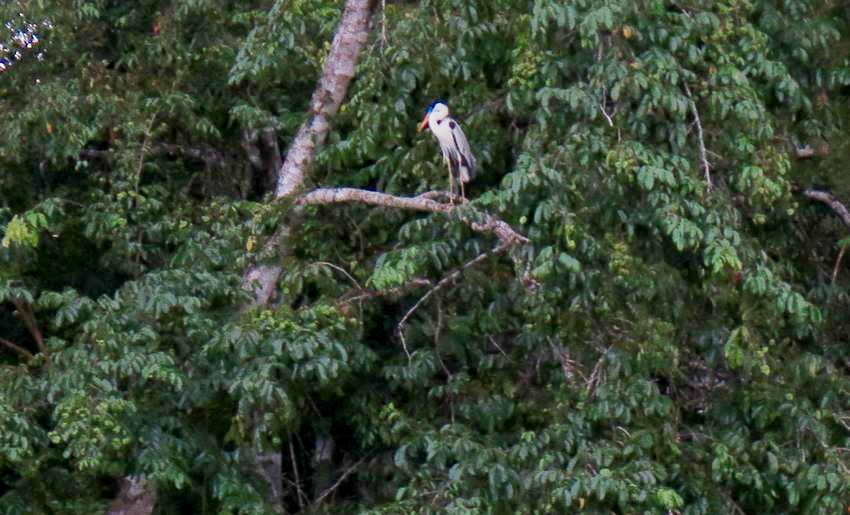