As the nation grieved and tried to process the Oct. 27 massacre of 11 people worshiping at a Jewish temple in Pittsburgh, communities of Catholic women religious called for an end to hateful rhetoric and for better control of firearms.

Sisters, Servants of the Immaculate Heart of Mary, Oct. 30:

It is with immense grief that we, the Leadership Council of the Sisters, Servants of the Immaculate Heart of Mary of Monroe, Mich., speak out in condemnation of the horrific shooting at the Tree of Life Synagogue in Pittsburgh over the weekend. We mourn the loss of the lives of our 11 Jewish and brothers and sisters who were gunned down while peacefully practicing their faith.

This attack came one day after a man was arrested in Florida for mailing bombs to prominent political leaders and journalists and several days after an armed white supremacist tried to force his way into an African-American church in Kentucky to carry out a similar act and — when thwarted — went on to kill two people in grocery store. When our places of worship are no longer safe from bigotry and gunfire, and violent rhetoric is increasingly becoming reality, something must change.

We call upon our elected leaders at all levels of government to abandon hateful rhetoric that incites violence and to unequivocally denounce and distance themselves from those who do. We cannot look the other way as racist, sexist, anti-Semitic and xenophobic speech is wielded for political gain.

We also reject ensuing calls for bringing more weapons into our sacred spaces. Instead, we must work together to pass laws that will keep semi-automatic and other weapons of mass violence out of the hands of those with hate-fueled agendas intent on inflicting mass causalities.

Finally, we must look at the ways in which our own increasingly divisive interactions with each other keep us from recognizing our common humanity. In our Chapter 2018 Direction, the IHM community committed itself to "engage in respectful conversations with those who are seen as different because of ethnicity, class, religion, gender, sexual orientation and political loyalties and challenge stereotypes about those perceived as other." We encourage those with whom we live, work and minister to join us in this commitment to compassionate dialogue. In the words of the Hebrew Scriptures (Micah 6:8), may we "act justly, love tenderly and walk humbly with our God" in responding to the challenges of our beautiful yet fractured world.

As Women of Compassion, the Sisters of Bon Secours mourn the loss of life, the pain of trauma, and the agonizing violence inflicted on our Jewish brothers and sisters as they worshipped at the Tree of Life Synagogue on October 27, 2018.

As Women of Healing, we hold fast to the belief that the power of love is stronger than the power of hate. In this spirit of love we commit ourselves to actively promote a culture of gospel non-violence in our own lives and to bring a healing presence in those divisive situations in which we find ourselves.

As Sisters of Bon Secours, we hold the eleven victims of this horrific anti-Semitic tragedy in our thoughts and prayers and we hold ourselves accountable to do what we can to end violence in all its forms. Strong in this commitment, we stand in solidarity with all those who continue to press Congress to enact legislation on gun safety and with those who advocate for support services needed by those who suffer from emotional, psychological and mental health challenges.

We hold fast to the hope that our collective voice for an end to violence in all forms will bring forth a liberating culture of peace on this planet God so loves.

On the lighter side

The General Council of the Adrian Dominican Sisters got into the spirit of Halloween by all dressing as U.S. Supreme Court Justice Ruth Bader Ginsburg, often known to fans as "the Notorious RBG." 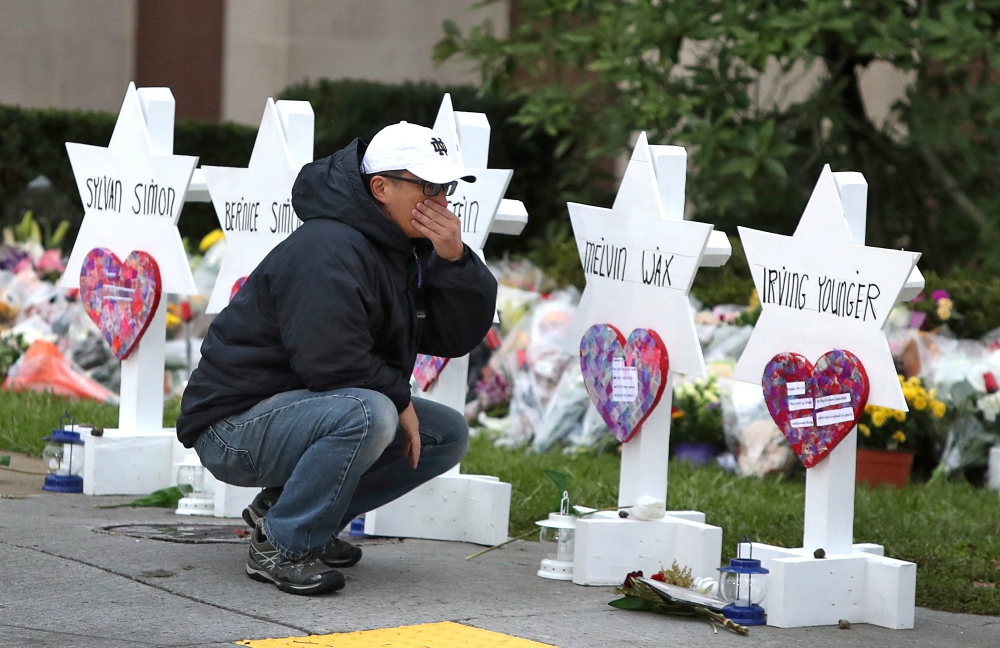 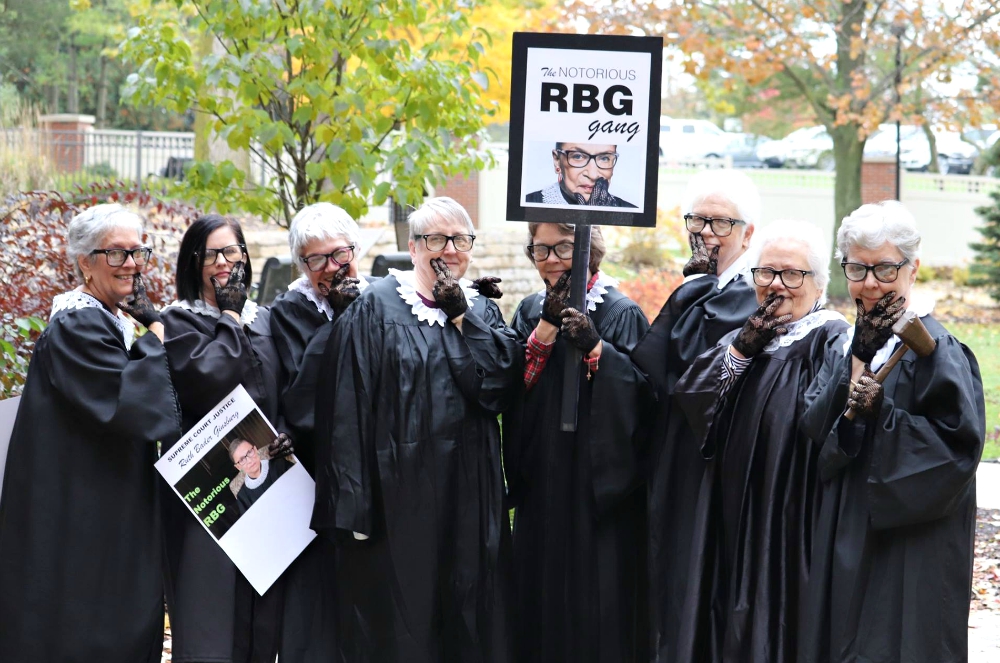