Notes from the Field includes reports from young people volunteering in ministries of Catholic sisters. A partnership with Catholic Volunteer Network, the project began in the summer of 2015. This is our ninth round of bloggers: Samantha Wirth is the public policy fellow for Good Shepherd Services in New York City and Adele McKiernan is a Loretto Volunteer at Missouri Health Care for All in St. Louis.

I didn't realize how difficult the start of this spring would be, how after a year's worth of perseverance and progress, a 75-degree Easter afternoon at Forest Park would not be carefree, how much my mind and body would be able to tell it was exactly one year later.

This time last year, I went through a traumatic health crisis that made it unlikely I would be able to start my Loretto Volunteer year by August. Between the time I applied to Loretto in January and accepted my position at Missouri Health Care for All in March, my health had substantially declined to where, by late April, I got a diagnosis that meant I had to move home from the University of Wisconsin-Madison and get treatment in the Boston area, where I'm from.

I spent the rest of the spring and summer healing and studying. I had obtained extensions in some classes and formal incompletes in the capstone courses for my major and my minor so I could finish those at home at my own pace. By the time I turned in my last assignment of my college career on Aug. 8, I was doing much better, but I was still terrified. I knew that ideally — objectively, even — I was qualified and ready to move to a new city, start a new job and live in a new community. I had done all of those things before. But I was afraid my health would get in the way of starting a new life.

Though I have far exceeded the expectations I had for myself last summer, this volunteer year has been trying and painful and lonely in ways I was not expecting. In October, my mom was diagnosed with cancer, and a friend of mine died tragically. Then, a few months later, one of my housemates was asked to leave our program, a departure that was painful to process. By the time legislative session began in January, I was exhausted and overwhelmed, but the most stressful time in my job was just beginning.

Though all of this was happening around and within me, I had been coping relatively well and felt challenged and supported enough in St. Louis decide to stay on as an organizing fellow at Missouri Health Care for All for another year.

I didn't realize it was the anniversary of my health crisis until a recent conversation with my dad, when I told him I had been feeling physically and emotionally similar to how I had this time last year. I asked if he would be able to visit me. It all felt oddly familiar and ultimately dawned on me that our conversation was almost exactly a year after I had asked my dad to come to Wisconsin and move me home.

I don't go to church often, but on Friday, April 19, I went to Good Friday Mass. I wasn't sure what effect the Mass would have on me, but I expected to want to write afterward and planned to get a new journal on my way home. A new journal for a new year.

The most noteworthy part of Mass, for me, was the deacon's sermon, which started with the first stanza of Robert Frost's "The Onset":

Always the same, when on a fated night
At last the gathered snow lets down as white
As may be in dark woods, and with a song
It shall not make again all winter long
Of hissing on the yet uncovered ground,
I almost stumble looking up and round,
As one who overtaken by the end
Gives up his errand, and lets death descend
Upon him where he is, with nothing done
To evil, no important triumph won,
More than if life had never been begun

After this stanza, the deacon talked about falling, about how falling is part of life, as Jesus' three falls on his way to be crucified — now depicted in the Stations of the Cross — were part of his journey to death. He talked about death as the ultimate fall and about how smaller falls, missteps or stumbles prepare us for that fall. He also spoke about how falling happens forever, and that as Jesus was resurrected after what seemed to be his final fall, so might we be. And how the season of fall prepares us for the death of winter and then the rebirth of spring and then summer, and how this cycle is also infinite.

His sermon ended with the poem's second stanza:

Yet all the precedent is on my side:
I know that winter death has never tried
The earth but it has failed: the snow may heap
In long storms an undrifted four feet deep
As measured against maple, birch and oak,
It cannot check the peeper's silver croak:
And I shall see the snow all go down hill
In water of a slender April rill
That flashes tail through last year's withered brake
And dead weeds, like a disappearing snake.
Nothing will be left white but here a birch,
And there a clump of houses with a church.

This poem and the deacon's Easter interpretation of it, relating to the death and resurrection of Christ as well as the end of winter and the start of spring, brought me comfort in that dark chapel during a painful springtime anniversary. I was inspired by the lines about the peeper's silver croak cutting through the heaping snow and the reminder that precedent is on my side.

I had been concerned I was fated to repeat last year's trauma again and again, but the poem and the deacon's interpretation reminded me that though the darkness of winter happens annually, so does the brightness of spring. Time will always bring thawing and melting, no matter how heavy the winter months are.

On Easter, I went for a bike ride in Forest Park and brought my new journal with me. There, I sat and wrote about how much had changed in my life since this time last year. It's true that suffering is as universal as falling, which is as expected as the changing seasons. And it's also true that as human beings, we are tied to nature yet also have the ability to transcend and grow outside of its cyclical and linear forces.

This agency brings with it the reality that while change and growth happen over time, time itself doesn't heal all wounds. Though winter snow will always melt into springtime streams, our worries won't always thaw in exact accordance with these natural rhythms.

This is the power and the paradox of the Easter season, that it holds both sorrow and hope, both loss and resurrection of life. The fear and joy of life and death are condensed in Eastertime as they are for me during the spring season as a whole. 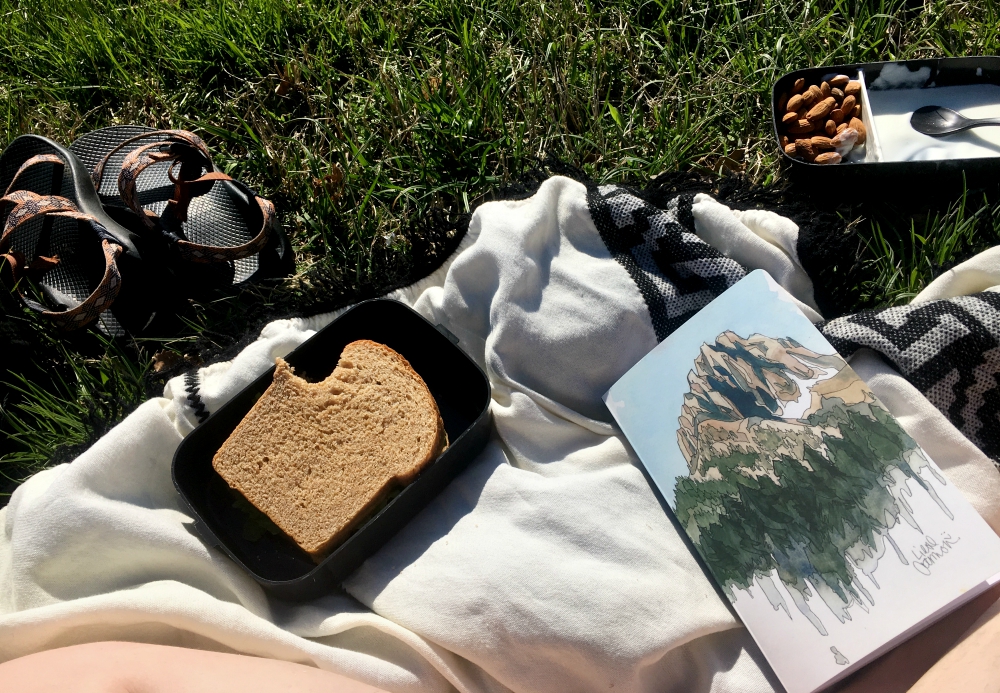 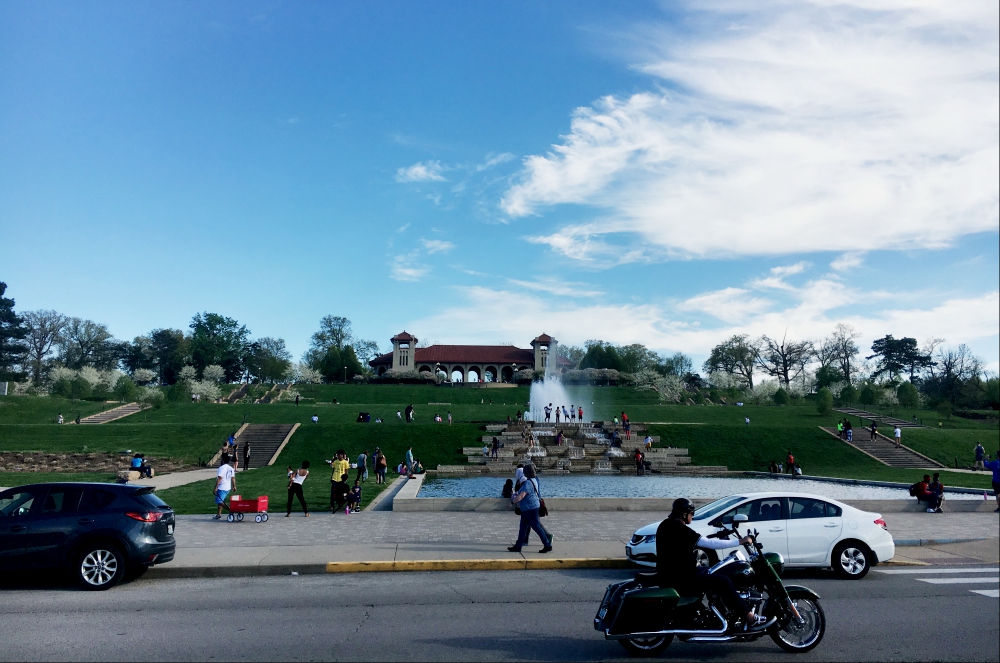 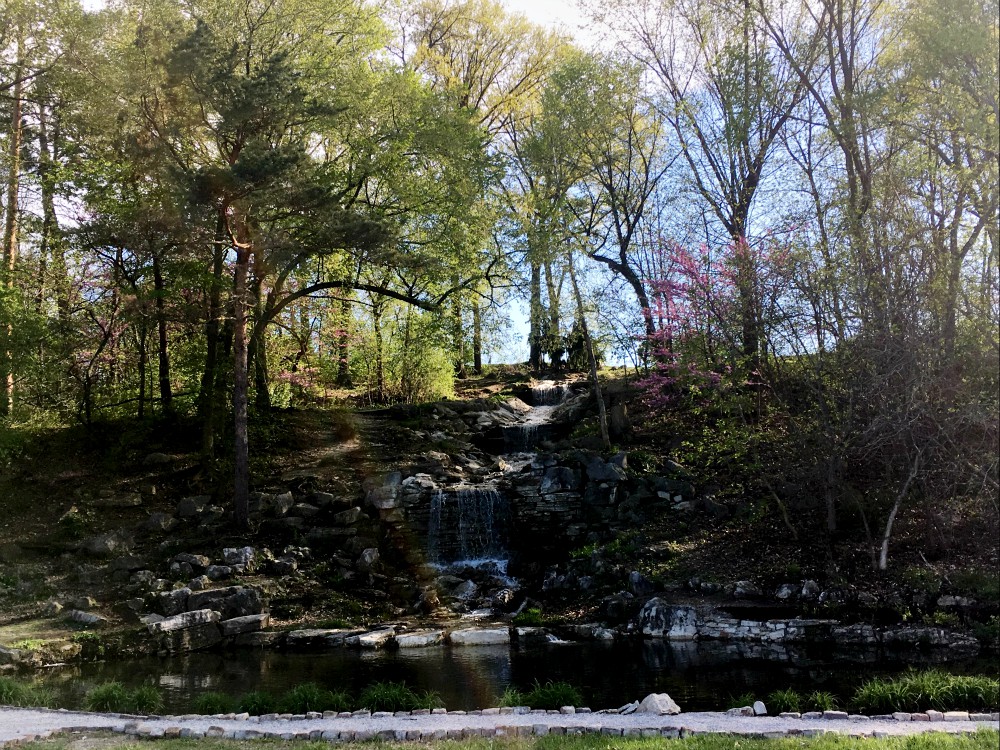 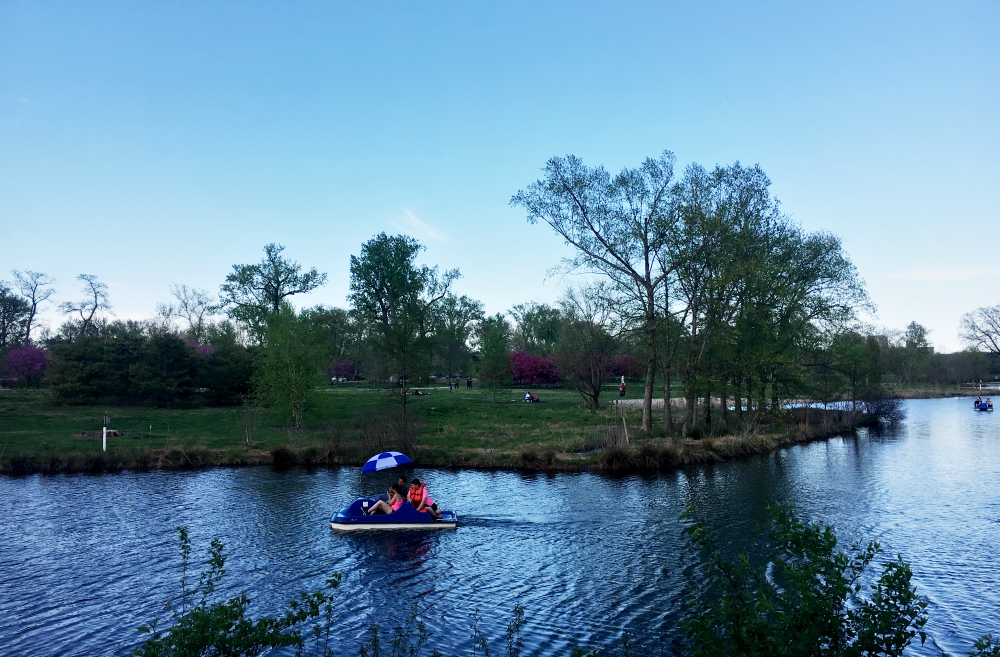