Notes from the Field includes reports from young people volunteering in ministries of Catholic sisters. A partnership with Catholic Volunteer Network, the project began in the summer of 2015. This is our fourth round of bloggers: Christian E. Ruehling was a volunteer missioner for VIDES+USA who served five months with the Salesian  Sisters in Dilla, Ethiopia, before serving in Geneva, and Maria Beben was a staff writer for Franciscan Mission Service in Washington, D.C. Both of their years of service ended in December 2016.

Before my year of service with Franciscan Mission Service, I didn't know that much about St. Francis. I mean, I knew the basics: He loved animals, wore brown, was pretty intense, and lived a simple life.

I knew that doing a year of service wouldn't exactly lend itself to a lavish lifestyle, but I was used to living pretty simply already. After studying abroad in Rome for a semester in college, I realized how little I actually needed to get by. When I came home for the summer after that semester, I cleaned out my room at my parents' house and donated a lot of clothes, books, movies, and odds and ends. If I hadn't worn or used something in a year or had forgotten that I owned it, it was unlikely I was going to miss it. So when a life of simplicity was stressed during my orientation for Franciscan Mission Service, I felt fully prepared to keep embracing this lifestyle.

I was right about what my expectations were for simplicity, at least materially. At the Franciscan Mission Service volunteer community house, we reused grocery bags, hand-washed dishes, used yogurt containers for leftovers, and didn't have cable. All the furniture in the bedrooms was mismatched, and there were a lot of creative fixes when things broke.

None of this bothered me. I liked the simplicity and the quirkiness — it gave everything more character. As someone who frequents thrift stores and prefers a used book to a brand-new one, I felt at home.

There were several times during the year when one of my housemates would go through her closet and set aside a pile of clothes for the rest of us to look through. This inevitably led to sessions of trying things on, passing clothes back and forth, and going through our own closets to weed out the old to make room for the "new." At the end, whatever was left was donated.

The longer I was at Franciscan Mission Service, though, I began to realize that simplicity doesn't just encompass the material. Decluttering isn't just about giving away possessions. I realized that I needed to carry this simplicity into other areas of my life, as well.

As the manager of Franciscan Mission Service's social media accounts, I was on Facebook, Twitter and Instagram all day in the office. Consequently, I noticed that I began to use my own social media accounts less and less. While I used to spend way too much time mindlessly scrolling through my news feed on Facebook and Instagram, I began to only check Facebook every once in a while and rarely post things.

Social media is an incredible outreach tool and can help spread beautiful messages. However, it can also be a huge time suck. For myself, I saw that aimless scrolling more often than not led to the comparison trap — I found my own life lacking compared to the lives of friends and acquaintances.

I fell into this trap less and less as I backed off social media. I found that the best way to combat any jealousy I felt toward other people's online lives was to just go out and live my own life instead. For me, simplicity in social media was incredibly freeing.

The other area where I realized I needed simplicity was my relationship with God. When my life gets really busy, unfortunately, my prayer life is one of the things that suffer. For a span of time during my year of service, other than Mass on Sunday mornings, I felt I didn't have the time to give to God that he deserved, so I just didn't.

What it took me a while to see, as obvious as it might seem, is that God doesn't sit there demanding hours of your day at a time. Quick prayers are better than no prayers at all. It's like running into a friend whom you haven't seen in a while, but you're in a rush. It's better to stop for five minutes and then be on your way than to run away and yell, "Sorry, not now! Wait until I have more time!"

So instead of leaving God on my to-do list, I started incorporating prayer into my everyday actions. As someone who is not a morning person, I accepted my limitations and stopped beating myself up for not waking up half an hour early to pray. Instead, I woke up at my normal time and simply added the words, "Lord, please guide my words and actions today" to my daily routine.

A few years ago, I rediscovered the Guardian Angel prayer that most people learn as kids. I don't even know what sparked it, but now I say it almost every day, especially in times when I feel lost or scared. I love it for its simplicity. Adults need the assurance that there's someone walking with them just as much as children do.

With just these few simple prayers added into my day, I felt my connection to God starting to strengthen again. I see God more now in everyday things, especially nature.

These lessons in simplicity, both material and immaterial, are gifts from my year of service that I'm very grateful for and that I hope to carry with me into this next phase of life post-service. 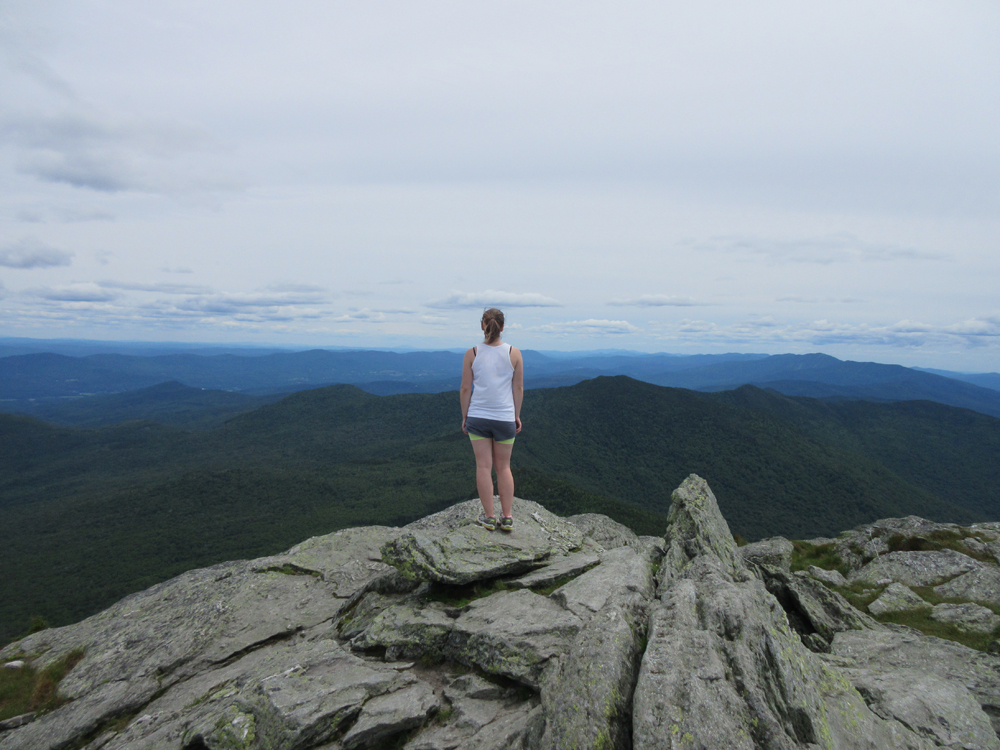 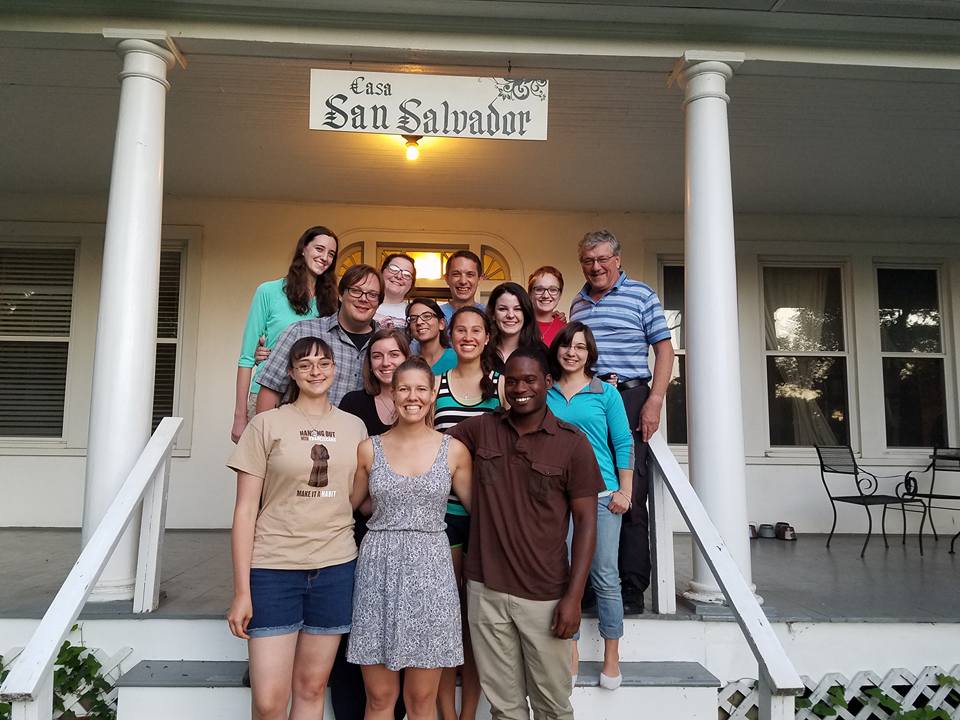 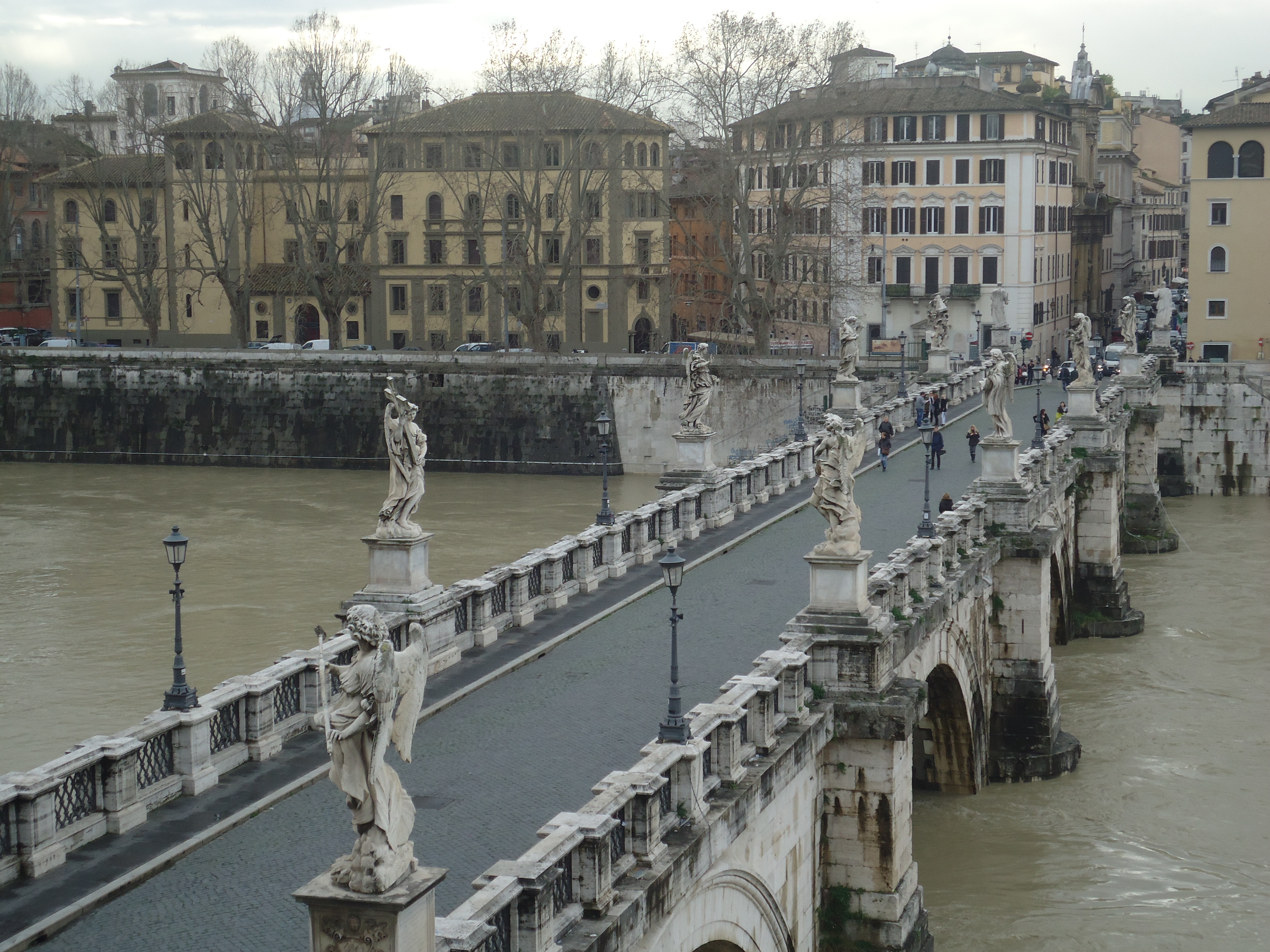