Notes from the Field includes reports from young people volunteering in ministries of Catholic sisters. A partnership with Catholic Volunteer Network, the project began in the summer of 2015. This is our ninth round of bloggers: Samantha Wirth is the public policy fellow for Good Shepherd Services in New York City, and Adele McKiernan is a Loretto Volunteer at Missouri Health Care for All in St. Louis. This is Adele's first blog post. Read more about them.

It was a very cold January night following a snowy start to the new year in the Midwest when my housemate Lindsey and I set out pursue the promise of a free buffet dinner. Our housemate Maddy works at Nerinx Hall, a Loretto high school in St. Louis that holds a yearly senior retreat with a big meal at the National Shrine of Our Lady of the Snows in Belleville, Illinois, just over the Mississippi River. On account of our modest stipend, my housemates and I often go out of our way for free food, but what I found there became much more than that.

When we arrived, what we could see of the sun was just setting, with another glow appearing in the distance. We followed it down a windy road until we came upon an enormous grotto. Between us and the vast opening of the grotto, which I now know was poured into a mold exactly two-thirds the size of its archetype in France, were rows and rows of outdoor pews dusted with fresh snow. I couldn't recall ever seeing pews outside before, and they immediately transformed my understanding of where communal prayer can happen.

Facing a scene of two statues on either side of a stone altar, the pews looked up at the glow that had drawn us toward the shrine. It emanated from a statue of Mary that stood backlit by string lights, nestled up into a crevasse in the grotto wall. That statue looked down upon the other statue, kneeling with flowers in hand.

Lindsey, who studies theology and on whom I rely for much of my Catholic cultural context, told me the scene before us was a replica of the Lourdes Grotto in France, where Mary appeared in the 19th century to a peasant girl named Bernadette. She reminded me that Mary often appears to people in visons, people who are poor or struggling and who aren't believed for it.

Beside the kneeling statue of Bernadette, there was a cluster of votive candles. In the last light of day, I lit one, and the smoke wafted up toward Mary, mother of Jesus. My own mother was diagnosed with cancer in October, at the beginning of my volunteer year, and it seemed fitting to pray for her there, in the presence of Mary, and then, a week before what would be vital surgery.

After dinner, we picked up a map of the grounds in the shrine's Catholic supply store. Even though it was very cold, Lindsey and I went back out in search of the central devotional site: the shrine of Our Lady of the Snows. The map resembled the illustrated kind you might find at a theme park and was not particularly helpful, but after a few wrong turns, we drove cautiously up an unplowed hill. There, at the top, was a massive metallic spiral sculpting its way into the glow of the winter sky. We parked at its base and got out of the car to find that the hill supporting the sculpture had been hollowed out and filled with shelves upon shelves of votive candles.

There, I lit another candle for my mother and let it glow on one of the spooky shelves in what is called a candelarium, protected from the wind in the cavern beneath the spire. The Millennium Spire, as it's known, looks out over an astonishing sloping valley converted into an outdoor amphitheater. We walked down the hill toward it as if in a daze.

Rows upon rows of empty stadium seats faced the main shrine, which was a functional open-air chapel, with a golden mosaic lining a sloping roof that hung above the altar and a huge statue of Mary holding baby Jesus. Behind Mary was a wavy panel of pink, blue and green lights shining to resemble the aurora borealis, and illuminating the altar and the surrounding snow with an eerie glow.

Once Lindsey and I reached the top of the hill again, four amorphous shapes beyond the spire caught our eye, which turned out to be huge bells standing on a frozen pool of water, bells that I learned upon later research supposedly toll each hour of the day and night. Behind them was another pair of statues mounted on a stone wall, one of Mary and one of the angel Gabriel. There was a single prie-dieu below the scene. Between it and the statues was the grave of the man who founded the shrine. I was disappointed there was no third votive to light there, and by then we were freezing, so we rushed back to the car, not paying much mind to the row of short walls lined with tiny golden plaques we passed as we left.

In the following weeks, I researched the legend of Our Lady of the Snows and the history of the shrine, and I read the director of the shrine's online message to "pilgrims and visitors." He writes: "Inspired by our blessed mother, we offer spiritual renewal and refreshment on the often difficult and challenging journey through this life." It came to me more fully in reflection that just as the shrine was devoted to Mary, my trip there had been dedicated to my own mother, Marian.

I felt a need to return, and when I did, I found in the daylight and melting snow that each small plaque at the third devotional site was set there to commemorate someone's mother. There among the names, I stumbled upon an unassuming metal circle set in the ground beside the bells. It was a time capsule, engraved with the words "Mothers' Prayer Walk," set to open on Mother's Day of this year. I knew then that I had been called back to pray for my mother again, this time with the comfort that I was doing so not by the light of a single candle, but in community with many other visitors to the shrine, all of us holding timeless love and reverence for our mothers. 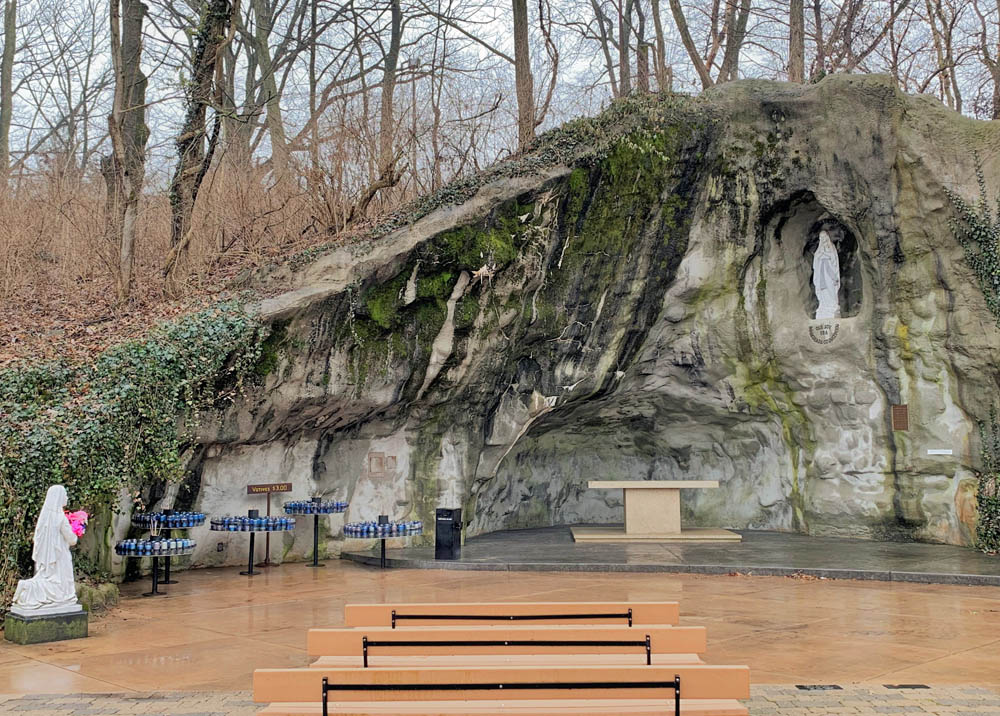 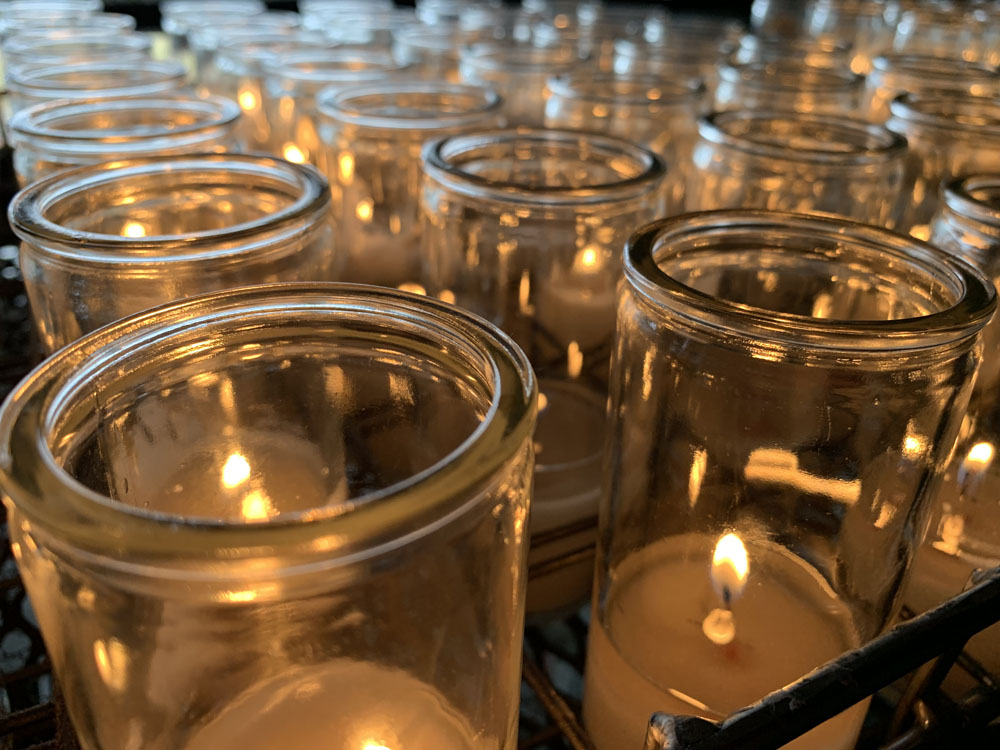 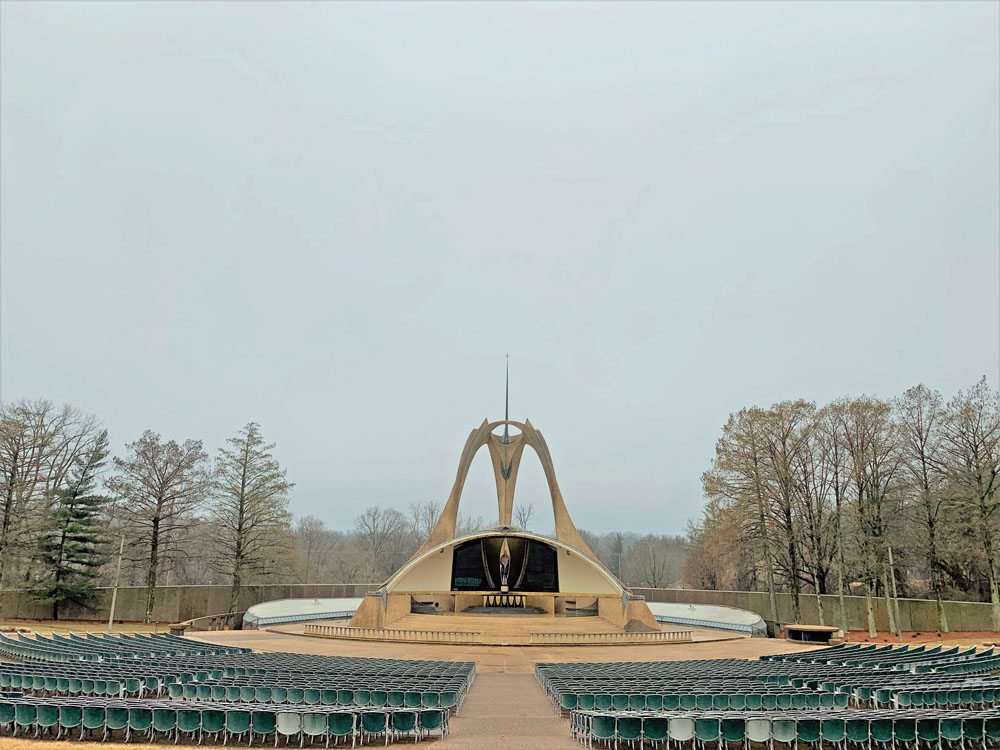 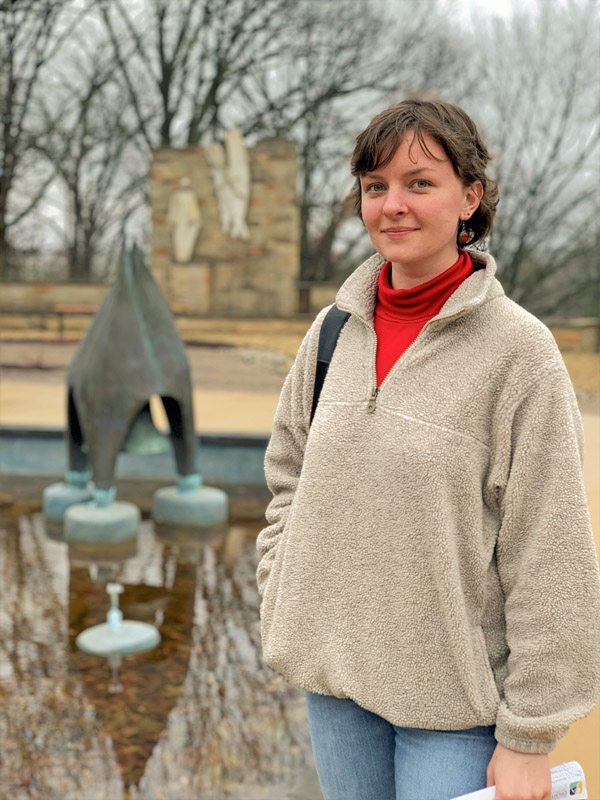