The first Christmas I spent in Israel, I knew I wanted to experience the holiday spirit at Manger Square in Bethlehem. I was living in the Holy Land for the first time, and I figured there would be no better place in the world to celebrate Christmas than Bethlehem, where Christmas began.

My roommate and I hopped on the bus from Jerusalem and crossed the checkpoint into Bethlehem on a bitterly cold night, surrounded by tourists from Europe, giddy at the prospect of celebrating midnight Mass in the place Jesus was born.

But when we arrived at Manger Square the place was bursting at the seams. We learned that in order to attend Christmas Mass at the Church of the Nativity, you needed to pre-order tickets. Even flashing my new press card brought no luck. So we stood outside in the cold, pressed up against strangers from all sides, who pushed and shoved as the square got more crowded, definitely not full of love for our fellow man as we stood waiting for something to happen. At 11:45 p.m., a number of priests drove up in a black car and entered the church. That was all the excitement we had for the evening.

After three hours of standing in Manger Square, we tried to find a restaurant where we could warm up. What we found: a falafel store that had been converted into a discotheque with a $50 cover and terrible Europop. So we trudged back across the checkpoint and home to Jerusalem, disappointed with our Christmas escapade.

Bethlehem is struggling to develop tourism in the city, even during the Pope’s visit earlier this year. Poverty and the political situation with Israel have stagnated the city, and the lack of Christmas development for tourists and locals alike is just one example of this.

The next year, after failing to get tickets to the Church of the Nativity’s midnight Mass, I decided to stick closer to home. A friend and I headed to Jerusalem’s Old City, cobblestoned alleyways with cathedrals on almost every corner in the Christian Quarter. Certainly there we’d find a midnight Mass, we reasoned.

But the Christian quarter was shuttered and quiet, practically deserted. On almost every street, we found other tourists, from within Israel and abroad, also looking for midnight Mass. “Have you seen anything?” we asked each other. Even the Church of the Holy Sepulcher, which houses the cave where Jesus was believed to be buried, was padlocked.

Again, it was a lost opportunity for the city. Tourists from around the world come to Jerusalem to walk in the footsteps of Jesus. And here on Christmas, we were desperately trying to find a place to celebrate his birth, and he was nowhere to be found. We eventually found just one church with Christmas carols and singing, but it was clearly meant for tourists, not locals, and it felt fake and forced. Disappointed, we again headed home.

Although I am Jewish, I’ve always loved midnight Mass on Christmas. In college, I attended my first midnight Mass with a friend, listening to a brass choir play all of the songs I know from the radio.

In the silence of the middle of the night, the part of Christmas that is all of the hysterical commercials about sales and discounts and coupons and department stores fades into the background. Christmas once again becomes a religious holiday, not an excuse to swipe your credit card.

Every religion, including Judaism, has holidays that take place in the silence of the night. I’ve always loved that the nighttime peace, the darkness, the feeling that you’re up at an illicit hour. All of those aspects make it easier to shed the distractions of daily life, to focus on a deeper spiritual connection.

On my third Christmas, a friend of mine invited me to celebrate midnight Mass in Ein Kerem, at the Church of St John the Baptist, a 1,500-year-old church that marks the place where John the Baptist was born. You can visit the altar in home of Elizabeth and Zechariah, parents of St. John, on the lowest level of the church.

Ein Kerem is technically part of Jerusalem, but feels like its own village, an ancient neighborhood of old stone houses covered with grape vines and fig trees. Arab Christians have lived in the area for more than 1,500 years, and olive terraces stretch out from the village center in every direction. The village also hosts the Church of the Visitation and the well where Mary and her cousin Elizabeth used to draw water.

The Church of St. John the Baptist is just like many other old buildings in the village, built of rough-hewn Jerusalem stone. But inside, the cathedral is covered with beautiful hand-painted Spanish blue tiles, bathing the entire church in an ethereal, blue-tinged light.

My friends’ choir, a group of Jewish women, sang Christmas carols from the balcony. We couldn’t see them, but their voices floated above us and echoed across the chamber. I sat with a large group of friends, wrapped in coats and hats and scarves, and almost wept when they sang “Silent Night.”

The pews filled up with curious Jewish Israelis, but also, hundreds of foreign workers who live and work in Israel, who are celebrating Christmas far from their families. For the first time, I found real midnight Mass in Israel.

I should have known that the best place for Christmas is not in the large, anonymous cathedrals with strangers and tourists waltzing through, but surrounded by friends, in an out-of-the-way village on the outskirts of Jerusalem, with a Jewish choir singing the well-known songs of Christmas.

This year, Christmas will be even more special. I have spent the past seven months working for Global Sisters Report, meeting inspiring sisters from around the world who have dedicated their lives to Christ. Though Christianity is not my tradition, this year I come to Christmas with even more respect and awe for the religion.

This year, Christmas also directly follows the last night of Hanukkah, the Jewish festival of lights where we light a candle for each of the eight nights. It’s a natural continuation of bringing light into the longest nights of the year.

This will be my third year celebrating midnight Mass in Ein Kerem. I won’t be at the marquee cathedrals, the well-known places from the Bible where Jesus was born or preached or died. But I’ll sit with friends old and new, wrapped in coats and scarves, shivering as we listen to the beautiful melodies of Christmas carols echoing off blue tiles, with people who now are part of my own Christmas tradition in Israel. 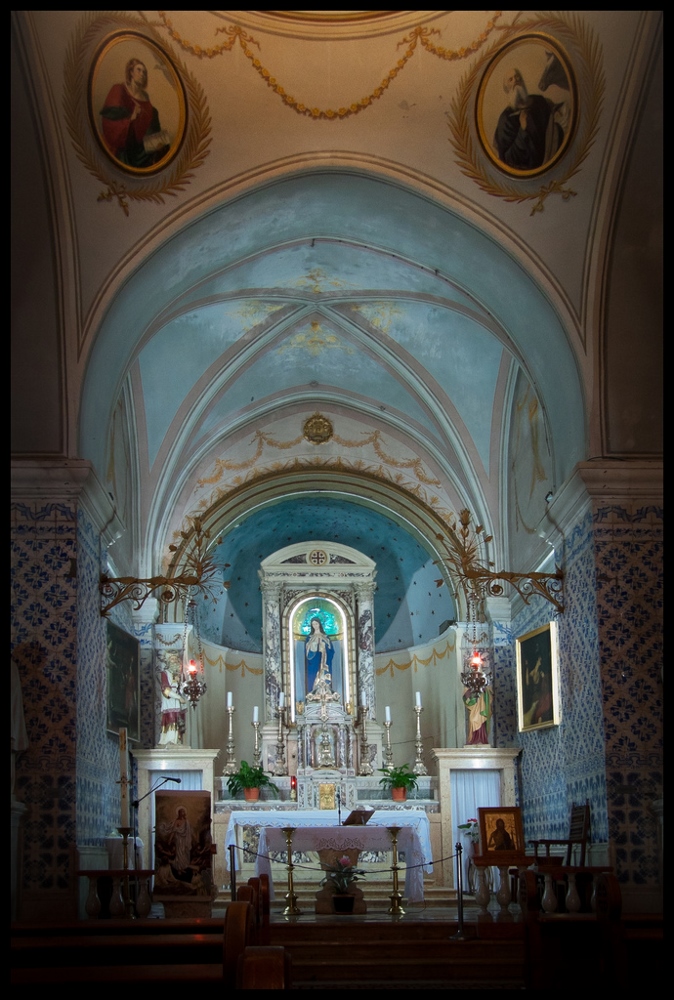