Notes from the Field includes reports from young people volunteering in ministries of Catholic sisters. A partnership with Catholic Volunteer Network, the project began in the summer of 2015. This is our fourth round of bloggers: Christian E. Ruehling was a volunteer missioner for VIDES+USA who served five months with the Salesian Sisters in Dilla, Ethiopia, before serving in Geneva, and Maria Beben was a staff writer for Franciscan Mission Service in Washington, D.C. Both of their years of service ended in December 2016.

With my recent move from Washington, D.C., to Maryland and transition from a year of service to post-service life, I've been reflecting on the past a lot. Another saying that comes to mind when I do so: "Hindsight is 20/20."

If I had known in college that I'd end up at Franciscan Mission Service after graduation, I wouldn't have stressed about the future so much. But, obviously, we can't see the future.

I graduated from The Catholic University of America in D.C. in 2015. During my junior year, I started to think about doing a year of service after college. During my senior year, my top choice was a service program in Alaska. I was going to move far away, have adventures, meet new people, and hang out with sled dogs. It was going to be perfect.

But then, as usual, life didn't go according to plan. After my big plans to move far, far away, I ended up literally across the street from my college campus. Sometimes God has quite the sense of humor. But I have no doubts that I ended up where I was actually being called.

Two of the biggest gifts I received from my time at Franciscan Mission Service were courage and confidence. I'm never one to be the center of attention, and I typically avoid the spotlight at all costs. I really don't like public speaking. But, as I said before, God has a sense of humor and ways of pushing us to overcome the things we're afraid of.

Last summer, within a three-day window, I had four speaking engagements. All of them were optional, so I think the biggest miracle here is that I chose to do this. Well, "chose" is a strong word; "agreed" is more like it.

This is something I knew about in the beginning but figured I could probably avoid if I was careful. And I could have: When my co-worker approached me to ask about giving an appeal, she left the decision completely up to me.

For this particular appeal, there were several parishes near each other where Franciscan Mission Service had appeals, so two of my co-workers and I rented a car, and the three of us drove to Erie together. I told myself that this would be a good experience for me, that I would be doing a favor to Franciscan Mission Service, that it was a great excuse to take a fun road trip with two of my good friends. So we piled into the car on a Saturday morning, and we went.

The parishes I spoke at were warm and receptive to my message and made a point to talk to me after the Masses to thank me and hear more about Franciscan Mission Service. The priest who drove me to the different churches held a cookout at his house so I could get to know some of the parishioners better. And even though I was still nervous, I felt more and more confident after each appeal I gave.

The trip was an incredible experience, and I'm so glad I went. Rural Pennsylvania is beautiful, and the three of us made some hilarious and lasting memories in the car together as we got lost on back roads and stopped for ice cream as many times as possible.

Then, the night after I got back from Pennsylvania, the fourth and final speaking engagement came in the form of a Theology on Tap presentation in Virginia. One of the young-adult group leaders had asked Franciscan Mission Service's interim executive director if she and a program participant would be interested in giving a talk. She agreed and asked if I would be willing to join her.

Again, at first, I thought of only excuses to get out of it, but I told her I'd think about it. I still didn't want to, but I agreed before I had a chance to change my mind. I knew I'd regret it if I turned down the offer out of fear. I've done that too many times in the past and usually regretted it. Sometimes it's kind of fun to prove fear wrong.

Together, she and I came up with a title: "Living a Ministry of Presence in a Distracted World." We spoke to the importance of being present to others in a world that all too often seems blind to what's right in front of us and a world that often lets technology divide and disconnect instead of unite and communicate. The two of us shared stories from our own lives about how we've seen this unfold and used examples of times of personal connection that really stood out for us.

For me, more than anything, the fact that I was able to stand in front of so many people and share some of my story, both at the mission appeals and Theology on Tap, was the biggest testament to how much I grew just during this last year and a half. In the past, I would have done anything to avoid public speaking. But for some reason, this was different.

And what amazed me more than anything? I enjoyed it.

Sure, I was still incredibly nervous and all too aware that everyone was focused on me, but I also felt empowered and energized, which was a new feeling for me in the realm of public speaking. These experiences showed me that it's important to keep challenging that fear and pray for confidence instead. 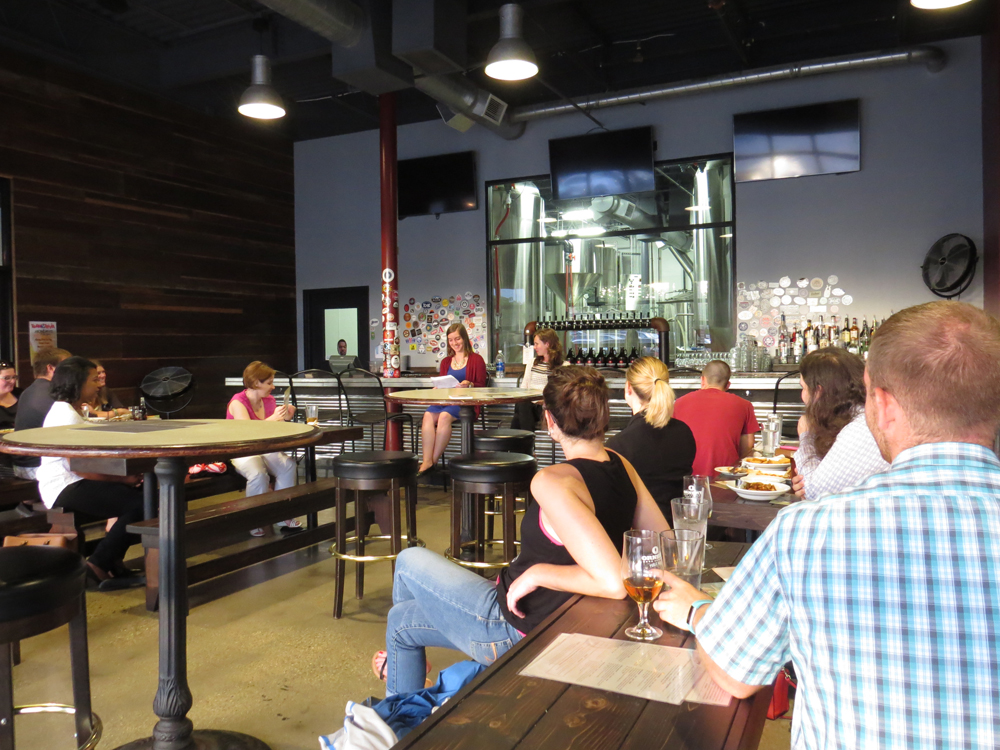 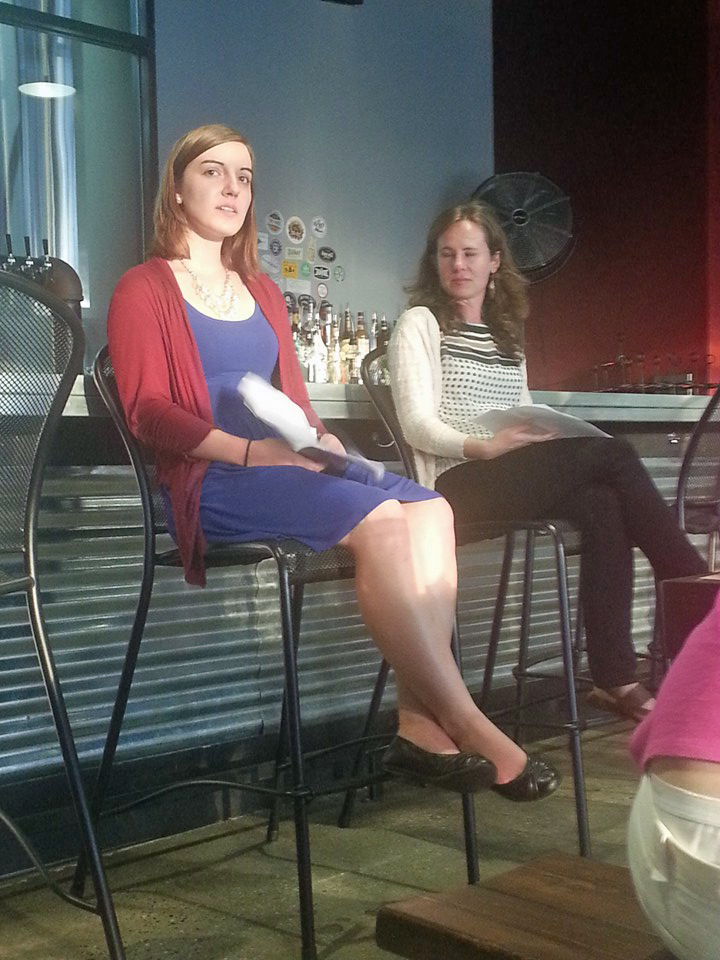 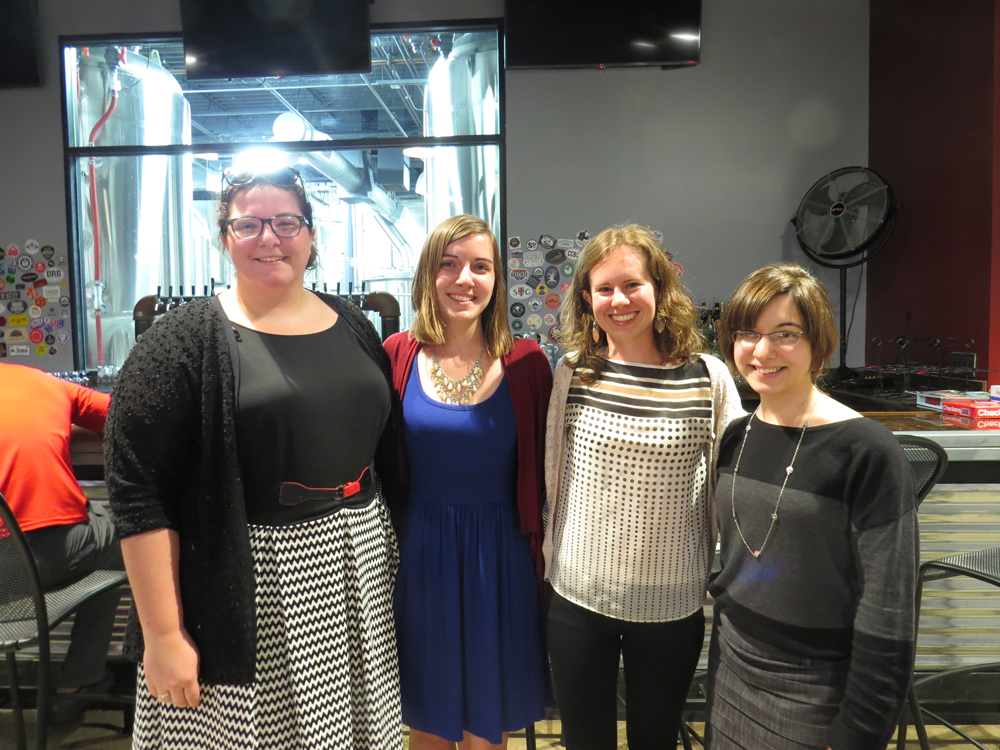