Praised for offering mercy and hope to many in her 35 years of teaching, writing and service, ethicist Mercy Sr. Margaret Farley was honored by women theologians June 8 at the Catholic Theological Society of America convention in Albuquerque, New Mexico.

Farley received the Ann O'Hara Graff Memorial Award for her scholarship and liberating action on behalf of women in the church and broader community. The award is named for the late feminist theologian.

Accepting the award, Farley cited O'Hara Graff's commitment to both ideas and action —"theology and acts of mercy"— in calling for continuing work to address women's inequality in the church and in society.

"We have not gone far enough," said Farley, professor emerita of Christian ethics at Yale University Divinity School and a Sister of Mercy. "We still hear the cries of women, through the centuries and today." 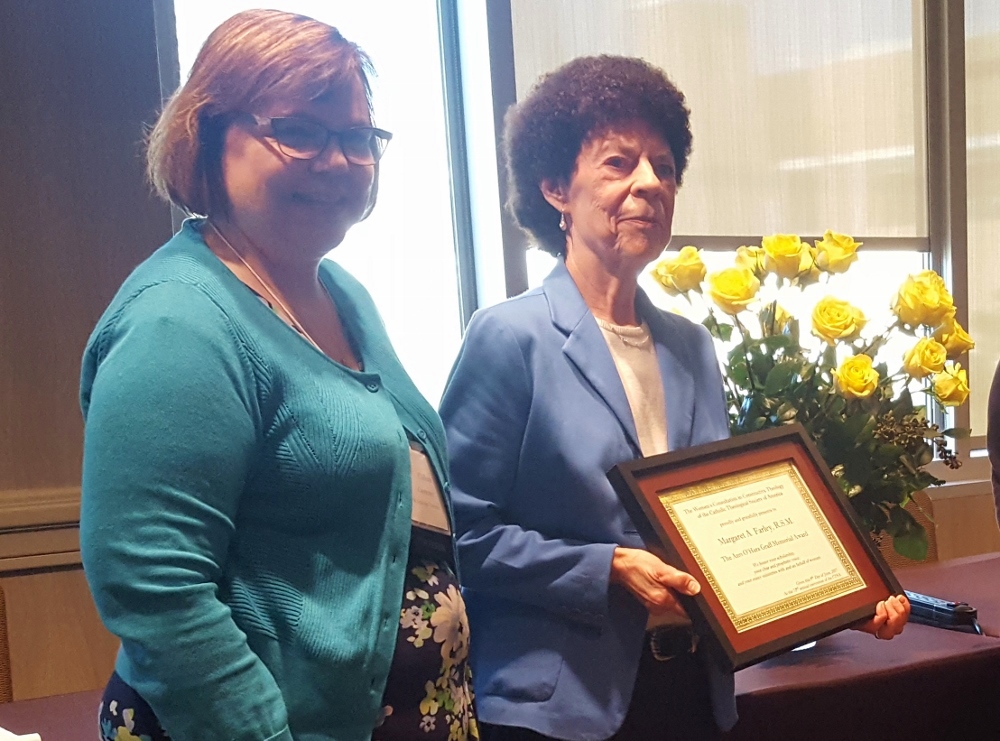