People are gathering across the world Feb. 8 in prayer and observances of the International Day of Prayer and Awareness Against Human Trafficking. Pope Francis started this observance in 2015 on the feast day of St. Josephine Bakhita, who was kidnapped as a child and sold into slavery in her home country of Sudan and Italy. She gained her freedom in Italy, became a Canossian Sister and dedicated her life to helping the poor and testifying against slavery.

Talitha Kum, the umbrella organization for sister networks against trafficking around the world, offers an international prayer on their website devoted for the special day, Preghiera Contro Tratta (Prayer Against Trafficking). Comboni Missionary Sr. Gabriella Bottani, Talitha Kum's international coordinator, told Global Sisters Report that countries around the world are able to download the prayer — offered in six languages on the website — and can use it to organize public prayer vigils and marches on that day. With Bakhita at the center of the prayer, it also encourages song, dance, presentations with trafficking information, candles, written dialogue, biblical readings, and meditations. The Vatican's Migrants and Refugees Section just released a educational booklet, "Pastoral Orientations on Human Trafficking." Other organizations, such as U.S. Sisters Against Human Trafficking, and many women religious congregations also offer prayers and resources to help fight human trafficking.

Catholic women religious are united in the fight against human trafficking in networks that literally span the globe, and often partner with other organizations dedicated to the effort. Several examples of those efforts were cited in GSR's January edition of The Life, our monthly panel of sisters who reflect on various topics. Women religious help counter human trafficking through advocacy at the United Nations, by raising awareness among young people in East and West Africa as well as the U.S., sponsoring shelters, and providing training in industries and microcredit financing as economic alternatives so potential victims can resist the lure of traffickers. We asked readers to tell us how they and/or their congregations are assisting in the fight against human trafficking.

Even with all that is being done to counter human trafficking, you may find new ideas in these summaries of their efforts:

The Atlantic Midwest Province of the School Sisters of Notre Dame has begun the third year of their partnership with Beyond Borders, a nonprofit working in Haiti to end the practice of child slavery on Lagonav, an island off the west coast of Haiti, writes Dominican Sr. Arlene Flaherty, director of the department of Justice Peace and Integrity of Creation for the School Sisters of Notre Dame Atlantic-Midwest Province. Child domestic servitude is one of the most common forms of forced labor that children face globally, and it's prevalent in Haiti. They address the conditions that force parents to "send their children away," with programs like child protection brigades, livelihood development for vulnerable families, water catchment systems, family gardens, teacher training, and advocacy training to promote the enforcement of Haiti's anti-trafficking laws.

Sr. Isabel Kelly of the Franciscan Missionaries of St. Joseph came to New York City from the United Kingdom in 2006 for training in countering human trafficking. In the U.K., she gives talks to religious and local groups including church groups, Soroptimist, Probus, Newman Association and others. She is among the founders of the Medaille Trust, founded in 2006 by religious congregations to work against trafficking in the U.K., and of TRAC (Trafficking Raising Awareness and Campaigning) which is a group of representatives from 19 religious congregations, and a volunteer for an organization called PACE (Parents Against Child Sexual Exploitation). PACE supports the parents of British girls who have been groomed for sex and trafficked around the U.K. Recently the Conference for Religious arranged a day about human trafficking for religious in London and Manchester. "My passion to eradicate this heinous crime against human dignity, even if it is just one person, has not diminished," she writes. "Rather it has increased with the years. May as many religious orders as possible join us in this fight for justice and may all trafficking gangs be prosecuted as they deserve."

The Franciscan Sisters of Perpetual Adoration in La Crosse, Wisconsin, founded the Task Force to End Modern Slavery  writes Jane Comeau, communications director for the congregation, made up of more than 50 people including sisters and affiliates, law enforcement, education, legal, social service and health care professionals working together to raise awareness about the incidence and response to victims in the La Crosse area. Task force convener Sr. Marlene Weisenbeck received the local Women's Fund of Greater LaCrosse 2018 Roberta Zurn award  for her efforts. Awareness and advocacy efforts include presentations to local organizations, a partnership with Minnesota's Breaking Free to produce a video series and on Feb. 8, the task force is co-hosting an interfaith prayer service to raise awareness.

The Samaritan Women is a national Christian initiative that offers services for survivors of human trafficking — shelter care, treatment, job training — across the country, writes Linda Thomas, the organization's communications manager. The Samaratin Women is engaged in several ways with the leadership of U.S. Catholic Sisters Against Human Trafficking and recently collaborated with Sr. Michelle Loisel and Sr. Mary Catherine Warehime, both Daughters of Charity who have been deeply involved in anti-trafficking efforts, to be part of the Christian Abolitionists Symposium in Washington, D.C. The organization also hosted a three-day gathering of the U.S. Catholic Sisters Against Human Trafficking, after which the sisters made presentations at The Samaritan Women's main campus to representatives of Catholic parishes in the Baltimore Archdiocese. The organization is also exploring collaborations with other Catholic sisters engaged in work similar to its mission.

The Franciscan Sisters of the Poor in Cincinnati in 2010 started an outreach program called Tamar's Center to help women captured by human trafficking and influenced by addiction, writes Sr. Marilyn Trowbridge, congregational councilor. The ministry started as a form of hospitality and presence to women in their own neighborhood in a rental space connected to a church.  Sisters and volunteers welcome the women in for a bite to eat, a chance to freshen up and a listening ear and heart. In recent years, the ministry has developed into a day shelter with a full-time director, a social worker and a shelter manager. There are different points of entry for service: health provision, restoring lost documents, housing or finding an avenue of support. A jail outreach is also in place.

Sr. Marilyn Wilson, a Sister of Charity of the Blessed Virgin Mary, wrote of the work of the Catholic Network to End Human Trafficking (CNEHT) in the diocese of San Jose, California. Sisters in 2012 informed the local bishops about the human trafficking issues. The bishops collaborated to form CNEHT, and sisters from several religious communities have been a vital part of that effort. The work has expanded so much that now the San Jose and Monterey Dioceses work independently, though collaboratively. Sr. Gloria Loya of the Sisters of the Presentation of the Blessed Virgin Mary continues the work in the Monterey Diocese. CNEHT also collaborates with laity and other anti-trafficking groups in the San Francisco Bay area. Activities include making presentations to a number of groups including parishes, justice groups, diocesan communication directors, elementary and high schools, faith formation conferences; Rotary Clubs, Soroptimists and AAUW; assisting law enforcement in canvassing hotels, motels and restaurants and educating about the issue before the 2016 Super Bowl; sponsoring media preparation workshops and retreats for survivors. The network has also been hosting events around the screening of the award-winning film about human trafficking, "I Am Still Here."

Members of the Sisters of Mercy of the Americas West Midwest Community participate in coalitions, task forces, committees and networks in our local communities, counties and states, writes Mercy Sr. Jeanne Christensen. One is a board member of the U.S. Catholic Sisters Against Human Trafficking and the Mercy International Working Group on Human Trafficking and Displacement of Persons. Sisters of Mercy work with faith communities, places of work, neighborhood groups, non-profit groups and organizations, other women religious congregations and elected officials. They are active in Northern California, Iowa, Michigan, Missouri and Nebraska. They serve in leadership roles, advocate for legislation, build awareness and educate at all levels and in many settings and share expertise and resources. Sponsored ministries (health and education) address trafficking within their facilities and with their staff, faculty and students. Says Christensen: "Our goals: preventive education, reduction of demand and supply, enforcement of harsher punishment for traffickers and buyers, passage and funding of laws to protect and services / compassionate care for victims and survivors."

Sr. Terri MacKenzie of the Society of the Holy Child Jesus reminds us that we need to be alert to possible trafficking situations involving family and friends. She wrote of a situation in which a friend in Hungary about 15 years ago was considering sending her daughter to work in the U.S. and that those offering her a "job" were willing to take care of all the paperwork. Alarmed, MacKenzie warned the father about the potential dangers. Fortunately, he listened and offered his daughter the prospect of more education instead. Read the happy ending (and suggestions and resources) in her blog.

The Stop Slavery Coalition is the Northern California Sisters Against Human Trafficking and represents several communities in the area, writes Sr. Therese Randolph, a Sister of Mercy.  The organization focuses on education and advocacy, and last year trained people to visit hotels, motels, nail salons, massage parlors, and bars to encourage owners to display posters with information about human trafficking, including the national hotline. In the last 14 months, more than 1,000 visits have been made in the greater San Francisco Bay Area.

Sr. Rose Mary Meyer of the Sisters of Charity of the Blessed Virgin Mary wrote a prayer ritual that was sent to congregations in region 8 (Illinois) of the Leadership Conference of Women Religious. The ritual includes readings of several examples of situations in which people ended up being trafficked, as well as information about the extent of the issue, and statements by Pope Francis.

Lay people in groups not directly related to anti-trafficking efforts are also educating themselves about the issue of human trafficking, showing that efforts to raise awareness are spreading. Carrie Roach writes that the Bible study group from St. Bonaventure Catholic Church in Davie, Florida, attended the teen drama named "A Broken Chain" on Jan. 26, sponsored by the Broward Human Trafficking Coalition, and planned to attend a prayer service in the chapel of St. Thomas University, sponsored by the  St. Thomas University Law School's John J. Brunetti Human Trafficking Academy on Feb. 7.

Others are founding organizations to fight trafficking in their local areas. Cathy Knauf writes about the Southwest Michigan Human Trafficking Task Force which includes the local sheriff, an FBI agent, local church members and others. They've done a billboard campaign, produced a state resource guide for human trafficking survivors, made hundreds of presentations, created a chart of 51 human trafficking programs available for educators, and photographed every hotel/motel in the county for the FBI's Traffickcam to help identify victims being advertised on social media sex ads. They've also trained law enforcement, hospitality workers and health care providers, and hold community events. 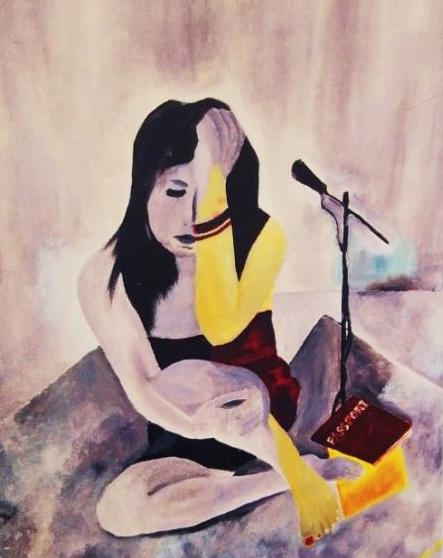