Benedictine Oblates — people like me who vow to live the monastic values of listening, community, hospitality, humility and daily prayer in our secular lives — stand at an important crossroads in history.

Oblates, or secular associates of monasteries, currently outnumber monks and sisters living within a monastery's walls. This development marks both a historic opportunity and a significant challenge. If the nearly 1,600-year-old Benedictine tradition of ora et labora — work and prayer, contemplation and action — is to survive, lay associates of monasteries will need to play an increasingly critical role in transmitting that tradition.

That challenge emerged as the central theme of the Nov. 4-10 Fourth International Oblate Congress, which drew 260 people from six continents to Rome. The conference explored the role of Benedictine lay associates in the past and worked to develop a way forward in an uncertain future for monastic life.

Oblates come from all walks of life. They are men and women, married and single, laypeople and vowed religious, working and not, Catholic and not. Though they live in the secular world, Oblates form strong bonds with particular monasteries. Similar to Third Order Franciscans or Secular Carmelites, Oblates have been described as "co-workers," "partners" and "friends" of the Benedictine order. Catholic Worker co-founder Dorothy Day and novelist Walker Percy were both Oblates.

There are currently an estimated 25,000 Oblates worldwide compared to 21,000 Benedictine monks and sisters. In his opening remarks at the Rome congress, Abbot Primate Gregory Polan said it is time to "give wings" to the Oblate community. He described Oblates as part of a "sacred triangle" that includes "God at the top, the Oblates in one corner and the monastic community in the other."

In her keynote address, Benedictine Sr. Joan Chittister was even more emphatic about the unfolding role of Oblates.

"You are not meant to simply be consumers of the Benedictine tradition. You are meant to be carriers of the tradition," she told the gathering. "You are the future of the order."

The decline in vocations and the advanced age of a majority of monks and sisters pose a particular challenge for Oblates in the United States and Europe who draw spiritual sustenance and direction from the vowed religious in their monastic communities. As one Oblate from the Netherlands said of his monastery, "It is sometimes a burden to feel the lack of vitality and new life, to be continuously faced with old age, illness, death and the shortage of vocations."

But as an Oblate since 2013 of Mount St. Scholastica Monastery in Atchison, Kansas — a vibrant women's community — I know that is not the story of every monastery. Those concerns, while certainly real, are more than offset by the activism of Oblates worldwide and their devotion to living the Benedictine values of peace, prayer and community in daily life.

In South Korea, a land where communist forces executed an abbot during the Korean War and occupied some of its monasteries, Oblates are willing to spend six years in formation. They get together one Sunday each month for Mass, Scripture study and a lecture, returning home after vespers. They make an annual retreat and pilgrimage together.

In the Philippines, Oblates daily prepare meals that are distributed to the poor and those who are disabled. They make regular visits to people in prison as well as to the families of prisoners.

Oblates from Ferdinand, Indiana, also have an active prison ministry to women that uses the Rule of St. Benedict and its emphasis on peaceful living, balance and mercy as a guide.

Oblates in the Netherlands and Germany support an African reforestation project that involves planting drought- and pest-resistant breadfruit trees.

Nigerian Oblates dig graves and help give a dignified burial to those killed in that country's ongoing civil violence.

The first international Oblate Congress took place 16 years ago in Rome. As former Abbot Primate Notker Wolf noted in his homilies at this year's gathering, Oblates have moved in less than two decades from a kind of spiritual childhood to the portal of adulthood.

Indeed, Oblate life in the past largely centered on following the rituals of the monastery itself and deepening one's personal spiritualty under the direction of monks and sisters. Now, Wolf said, Oblates are required to become not only witnesses to the values espoused in the Rule of St. Benedict, but to be the active bearers of those values. We who are Oblates must now become spiritual directors to the world at large.

"We can no longer hide in our spiritual Jacuzzis, our comfortable contemplative spas," Chittister told the group.

Much of the congress focused on how the Oblate life will unfold over the long term. Because Oblates commit to offer their services to a particular monastery (the word "Oblate" derives from the Latin word for "offering"), a key question is what will happen to Oblates whose monasteries close or merge because of declining numbers. How can Oblates better support their monasteries? In an increasingly global world, how can Oblates form an international network?

Participants of the congress came from as far off as Australia, Brazil, India and Burkina Faso, underscoring the cross-cultural appeal of the Rule of St. Benedict, with its shared emphasis on balanced, practical living and the deepening of the interior life.

Oblates from U.S. monasteries accounted for the largest representation at the congress, with 52 participants, followed by those from France and other European countries.

A pleasant surprise was the number who came from Africa. A highlight for many of us came at Mass when the Oblates from the Ivory Coast and Burkina Faso brought the Communion gifts to the altar, dancing up the aisle as they went — perhaps as we all should as we prepare to receive the Eucharist.

Unfortunately, the congress could not escape the shadow of the world's political turmoil. Some of the Oblates from Nigeria and India who registered were unable to obtain visas to attend.

Because of financial constraints, only one Oblate from Africa was able to serve on the international leadership team that planned the conference. That is something that will have to be addressed in time for the next conference in 2021, perhaps through a concerted fundraising effort to support the presence of additional African Oblates on the planning committee.

Most of us who attended likely would say the relationships we formed with Oblates from other countries proved the most significant takeaway. However, we did complete some important work. Congress participants voted on a five-point vision statement for the future, culled from ideas that emerged in formal small-group discussions that took place over the course of the five-day conference.

The vision statement reaffirmed our dedication to the Rule of St. Benedict as a "living tradition" in which we seek to model the Benedictine values of community, consensus, peace, balance, hospitality, humility, simplicity and care of the planet in our daily lives.

We recommitted ourselves to cultivating these Benedictine virtues by listening to the word of God through regular prayer, sacred reading, silence, and the daily rhythms of monastic life.

We recognized the need for ongoing formation for Oblates rooted in the Rule of St. Benedict, which Dutch Oblate Charles Van Leeuwen beautifully described as "a spirituality of the heart rather than the head."

We committed ourselves to being good stewards of the planet, using both our spiritual and material gifts on a local, regional and global level to carry out the vision set down by Pope Francis in "Laudato Si', on Care for Our Common Home." It was heartening to see the urgency with which Oblates from other parts of the world view climate change and other environmental risks. It is all the more disturbing that the U.S. government is trying to roll back environmental safeguards.

Lastly, we recognized the need for better networking among Oblates and between Oblates and their monastic communities through social media and other technology. Oblates from monasteries like my own in the Midwest are already making plans to create a common Facebook page and meet again a year from now to compare notes on how well we are making our Benedictine values visible and vocal in the world.

Chittister reminded us that in every age, there is a dream that is dying and a new dream emerging. On the final evening, Fr. Edward Linton, an American Benedictine at Sant'Anselmo Monastery in Rome and the leader of the congress, urged all of us to discover for ourselves our place in the great centuries-old Benedictine narrative.

I parted from my new Oblate friends in the global community with Linton's words ringing in my ears. Today's Oblates must forge a new dream where their passion for the Rule and Benedictine values becomes a flame through which the rest of the world can see a better way to love and live.

[Judith Valente is the author of How to Live: What the Rule of St. Benedict Teaches Us About Happiness, Meaning, and Community and the senior correspondent at GLT Radio, an NPR affiliate in Illinois.] 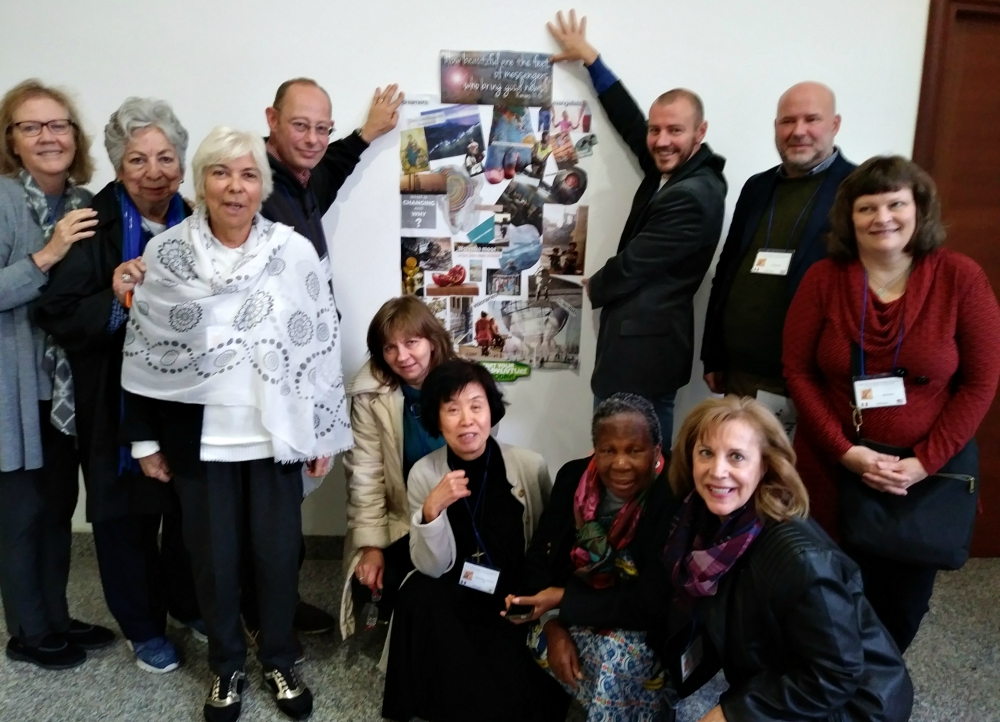 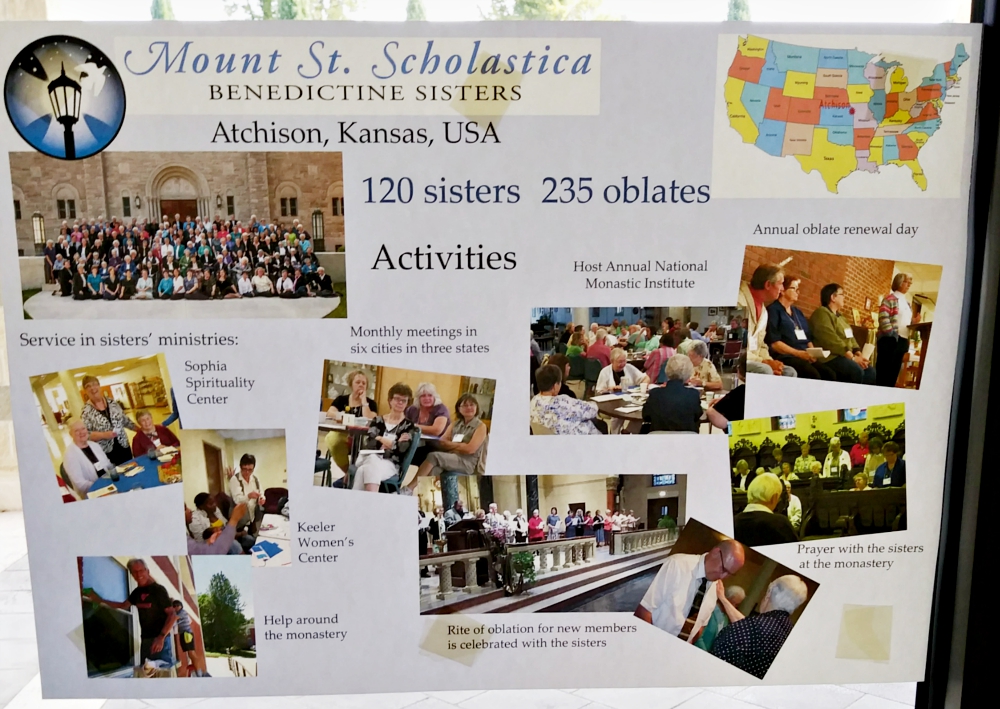 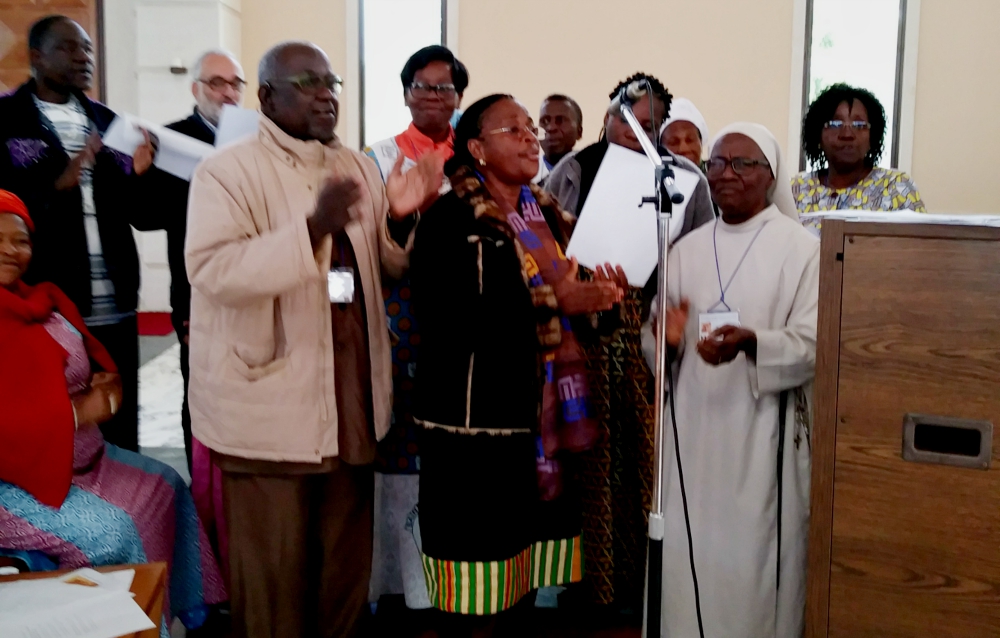 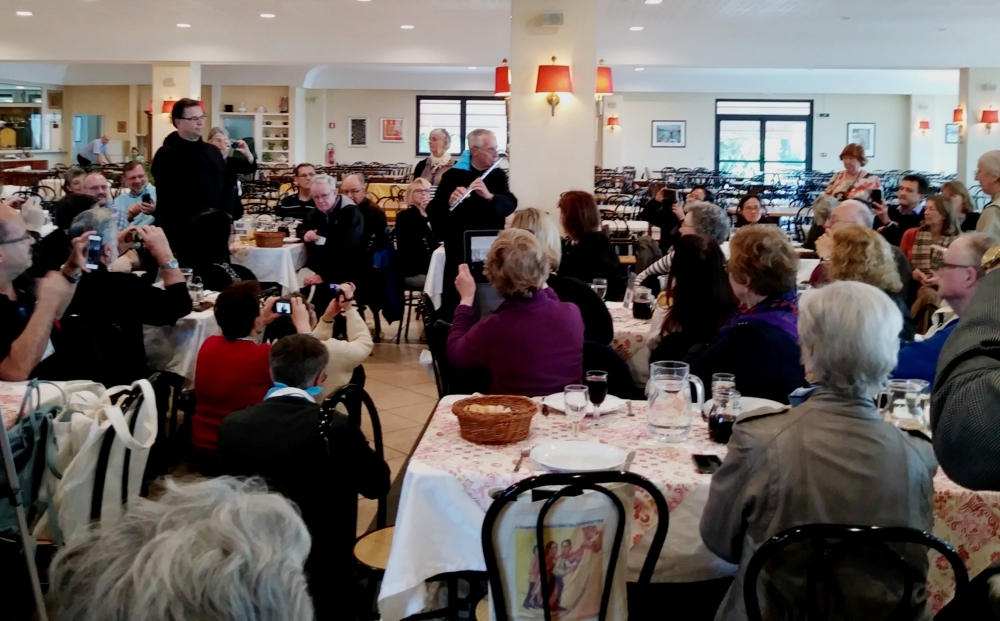