When I applied to be a VIDES volunteer, living in community with the sisters was a strategic move. One, I wanted to be living in a safe environment; I trusted that a community of nuns would be able to provide that. Two, I wanted to grow in my faith. Three, I particularly like structure and order, which life in community promises.

I have spent time with the Sisters of St. Joseph in Rochester, New York, and the Sisters of Charity of Leavenworth, but, you know, they aren’t habited nuns. It was easy to forget that little detail of dress and the popular stereotypes that go with it. To me, a nun wearing a habit makes a loud statement about who she is and what she believes the moment she walks into the room. So, once I joined women religious in traditional dress and in a foreign land, I knew this was a privilege that few lay people will ever have the opportunity to know. I also realized just how many preconceived notions I have about the “nun life.”

Nuns are some of the most productive people I’ve ever been around. Most people would classify me as a perpetually busy person, but the sisters in my community go above and beyond that description. Sor Julia is our sixth-grade teacher, and she has a full load of Saturday classes at the Catholic University next door. Sor Paty, the director of the community, regularly works for several hours after dinner. Even Sor Felicidad, our elderly sister, leads a prayer group each Monday for poverty-stricken little old ladies. The sisters in my community are busy and make time for prayer and meditation, besides.

Honestly, taking time for meditation and simply being in the Lord’s presence weren’t high on my priority list before coming to San Pedro Sula. I found my relationship with God taking a backseat to all the other things I allowed to consume my life. When I learned the routine of integrating prayer and mediation into our busy schedule, I saw how much more balanced I felt. So while it’s true, nuns do pray a lot, it’s this practice of prayer that fortifies them. I find myself looking forward to 6 p.m., when I know I can count on hearing the bell calling us to say the rosary and vespers together. At first, 30 minutes of meditation seemed like an eternity, now I’m glad to have that time to pray, reflect on my day, and organize my life according to God’s schedule.

One word: UNO. We’ve taken to playing the card game Uno on weekend evenings, and I can’t think of a time that we haven’t all been reduced to stitches, laughing about the tricks and antics we put each other through, sharing inside jokes, and mercilessly throwing down “draw four” cards on our neighbors.

One day, the director put the volunteers in charge of the community for a Sunday, because the nuns had an important meeting with the sisters from two communities nearby. It wasn’t until they returned home that we discovered their important meeting was actually a day at the beach. A generous benefactor of our communities has a private home and beachfront property that she allows the sisters to use when they need a day of fun, sun and sand.

Playing Uno, going to the beach, long and silly conversations – these moments are helping me learn that my dear, sweet nuns are not to be placed in a box of ignorant stereotypes.

The food, the trips, the tours, the language – around every corner, it helps to be adventurous if you’re living in Honduras. I never expected to be able to describe my daily life as adventurous. But after being served a steaming bowl of cow-intestine soup, having the hermana directora, Sor Patrica, catch a baby squirrel for me, or cooking the local fare over an open fire at a weekend campout, I’m trained to expect the unexpected.

One day, we heard this terrible, shrill animal sound. The girls quickly found several squirrel babies that had been sent out into the world by their mother. They were these sweet little balls of dark gray puff with long, elegant tails that just didn’t seem to know how yet to help with the question of balance. Cooing over how cute they were, I said I wanted one for a pet, not thinking anything of it. Later in the afternoon, Sor Patricia said she had a surprise for me. I was in complete disbelief when she said, “Ask and you shall receive.”

To this day, I have no idea how she caught it, but there, cowering in a box, was one of the baby squirrels! About 10 minutes later, we realized we had no idea how to raise a wild squirrel and that it would probably be better off living a life of ease in the backyard. We let it go, but it remains a comfortable resident of our community. Her willingness to let me make a pet of that little squirrel by catching it will forever live in my heart as an act of adventure and something I would have never expected from a nun.

Even going to daily Mass became an adventure. As we are a relatively small community, we don’t have daily Mass in house. We go to Mass at the nearby parish on Sundays and Thursdays, but the rest of the days are a free-for-all at other churches in San Pedro. We pile into our little pickup, five to six sisters in the cab and four volunteers in the open-air bed, free from the safety laws you’d have in the United States.

We regularly make Fast and Furious jokes in reference to Sor Carla, the sister who drives us everywhere. She zooms through traffic like a New York taxi driver, taking back streets over the stop-and-go traffic of the main highways and swerving to avoid potholes. Driving in Central America isn’t for the faint-hearted, and she is an expert. Granted, this means that we sit in the back and hold on for dear life, especially if we’re out during rush hour.

Before Honduras I thought that because they are women religious, nuns must be a little closer to that saintly perfection that we are all striving for. While I’ve found that to be true in some ways, in other ways, I’ve learned that they are human, too. They make mistakes just like the rest of us, and life happens to them the same way it happens to us lay people.

Most recently, as a community, we have been working through some interpersonal relationship problems that we’re having with one sister in particular. She’s unhappy and having a difficult time with her class and transferring many of her frustrations and struggles to us. Not to mention that she would qualify as one of those “difficult people” in my life to begin with.

Just like anyone else, sadness and sickness befalls the sisters as well. They’ve introduced me to their friends and families, and I’ve been present for deaths in those families. When one sister’s father died, she struggled to lean on us for support; instead she pulled away from us and was very distant for a long time. We’ve stood by through difficult surgeries and sicknesses – especially mosquito-borne viruses such as dengue and chikungunya that send a person to bed for weeks. These are the moments that really remind me, just like any other person, they’re human, too.

Nevertheless, I have to school myself to carry on normally on those rare occasions late in the evening when I glimpse a sister here walking about in her pajamas – or without her veil.

As I openly confess to having held these stereotypes, I know that many who will read my thoughts are women religious or work closely with them. I encourage you to continue going about your lives shaking up people like me. Keep us on our toes. Keep jumping out of the box the lay people of the world try to put you in. Help us to remember, time after time, how cool you are, individually and collectively answering God’s call.

[Kirsten Rotz is a volunteer among the Daughters of Mary Help of Christians (Salesian Sisters) in San Pedro Sula, Honduras.] 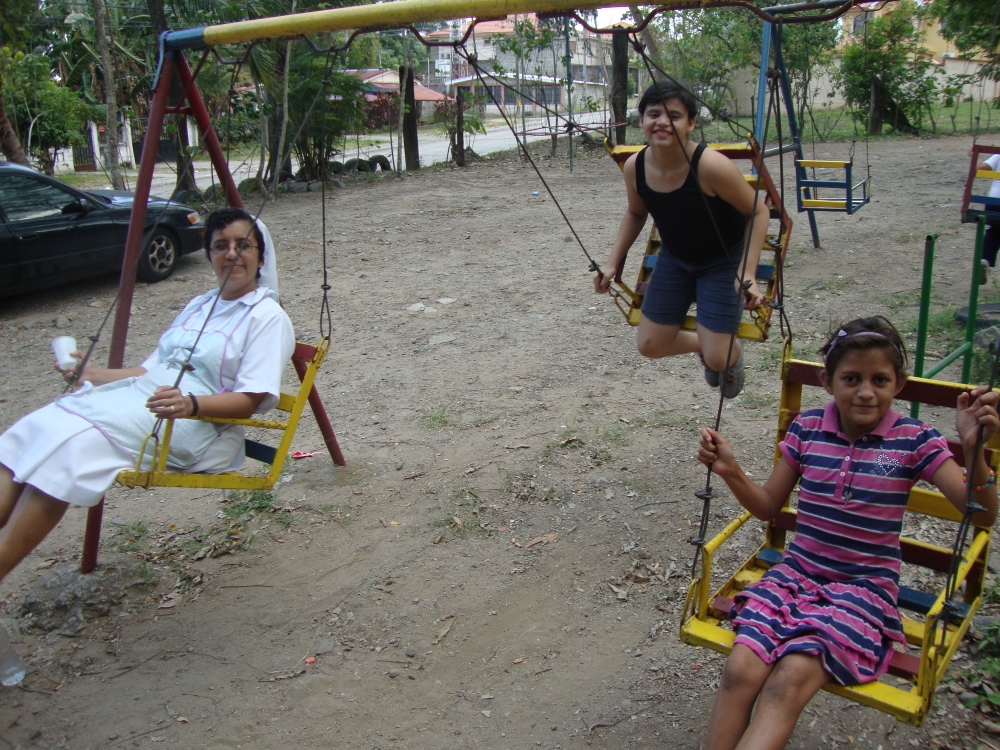 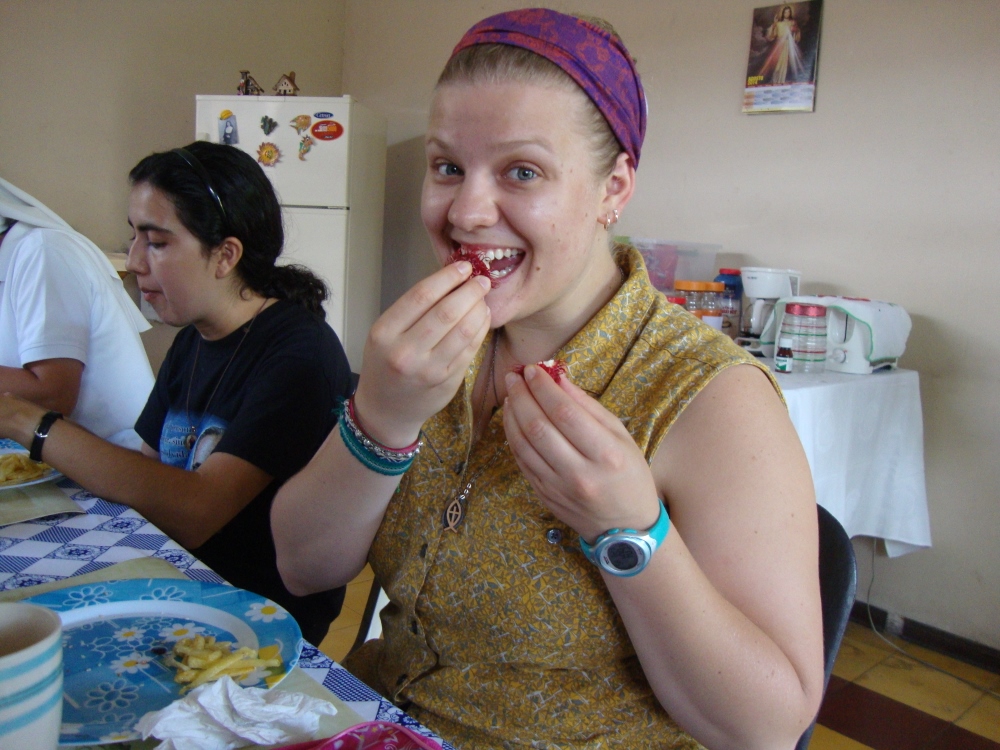 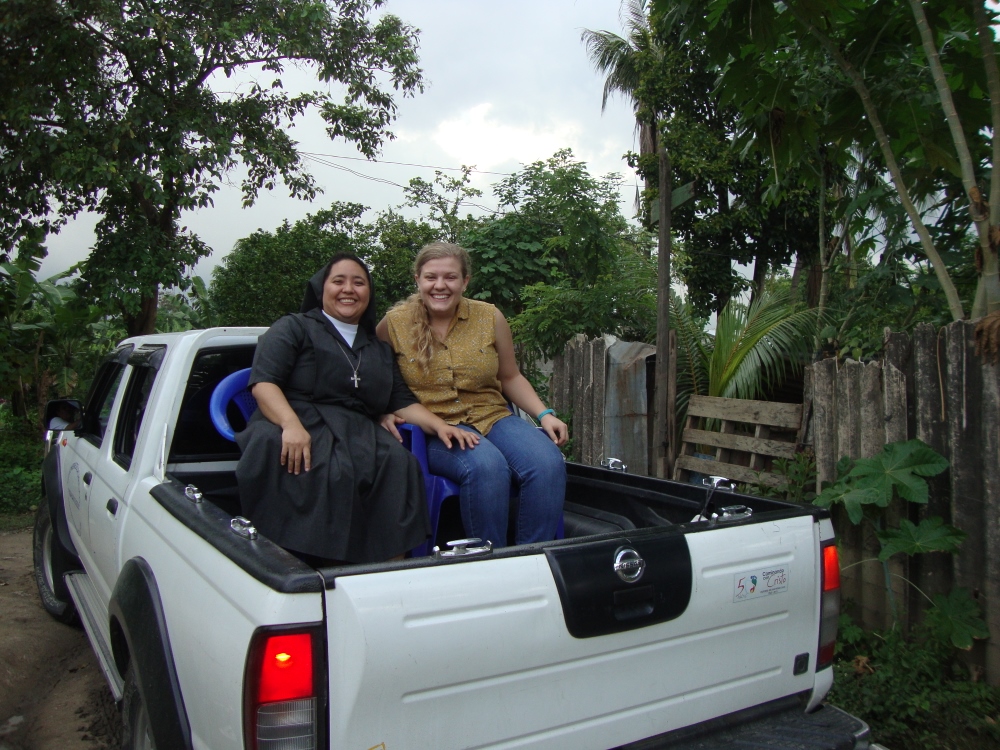 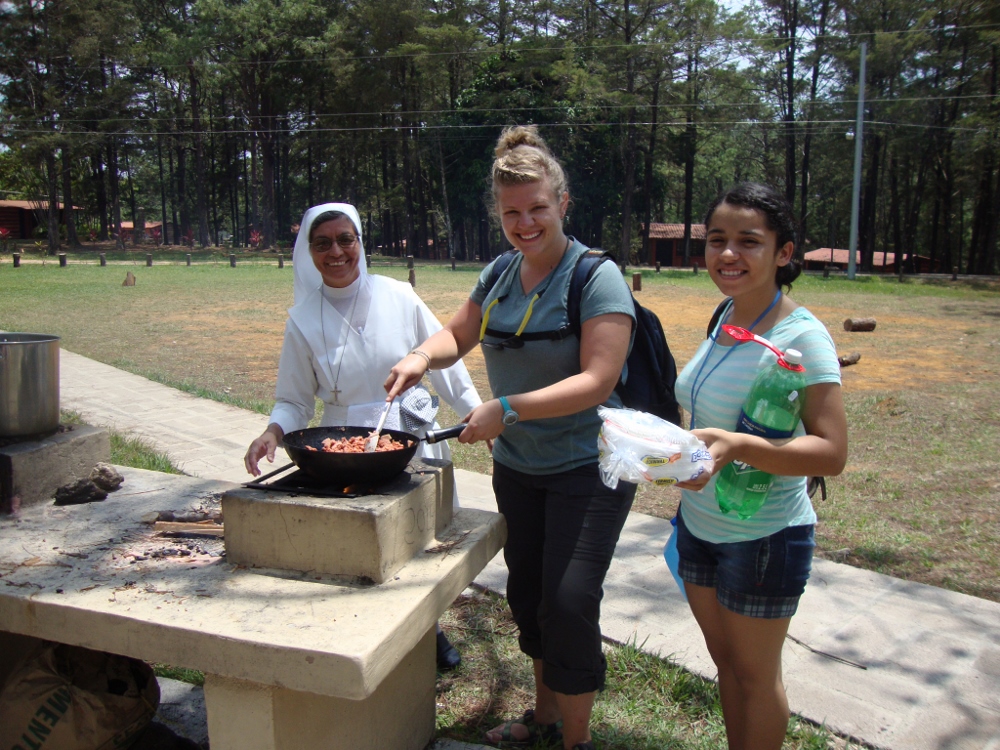