Editor's note: For an ongoing list of all coverage of the assembly, go to this series link: LCWR 2014.

I can be pretty bad at gratitude. By almost any measure, I live a blessed life, and yet I constantly find myself focused on the negative things that are happening to me — so much so that for Lent last year, I gave up complaining. It sort of took.

But here’s the thing: I love my job; I have almost always wanted to be a religion journalist, and if this weren’t my job, it would be my hobby. And if I’m being truly honest, I feel a little bit guilty that I actually get paid to have so much fun. I can forget all that, though, when I’m stressed out by deadlines and sources that won’t call me back.

However, arriving in Nashville yesterday to cover the Leadership Conference of Women Religious annual assembly, I was struck with a deep sense of thankfulness — and not just because the convention center is so beautiful. (Although it is. Seriously, Google the Gaylord Opryland convention center hotel.) Rather, armed with my press pass, reporter’s notebook and camera, I was viscerally struck with how amazingly blessed I am to get paid to do what I love. My grandfather would say it’s because I’m living in the “divine flow.”

This feeling of gratefulness was reinforced as I sat in the assembly’s opening ceremony last night. To say the experience was surreal would be an understatement: The lights in the ballroom were dimmed, and the stage — lit by candles and the green- and yellow-paneled backdrop — glowed. Two sisters performed an interpretive dance on the stage, while two screens on either side of the stage showed images of the galaxy, of mountains and of the ocean. There was a low and tangible hum as nearly 800 sisters in the audience sang “This Ancient Love.”

The theme of this year’s assembly is “Holy Mystery Revealed in Our Midst,” and from the press section in the back of the ballroom — being able to see not only the stage, but the entire audience — I was keenly aware of how holy mystery plays a part in each individual life, and I was supremely thankful that I was there.

I don’t know if I’m living in the divine flow as my grandfather suggests, but I do know that I’m doing exactly what I’m supposed to be doing. And I know that I am one of the luckiest girls on earth to be able to have a career that allows me to observe Catholic sisters as they tap into the holy mystery in their lives, that allows me to share the story of Burmese Christians fighting for religious equality or to bring attention to an ecumenical group trying to save affordable housing for Cincinnati women.

I’m in Nashville until Friday evening, and I’ll be blogging right here at the Global Sisters Report every day and tweeting from the assembly sessions that are open to the press (search the hashtag #LCWR2014). I can’t promise that every day will have as much existential significance as the first, but I can certainly promise that I won’t be complaining. 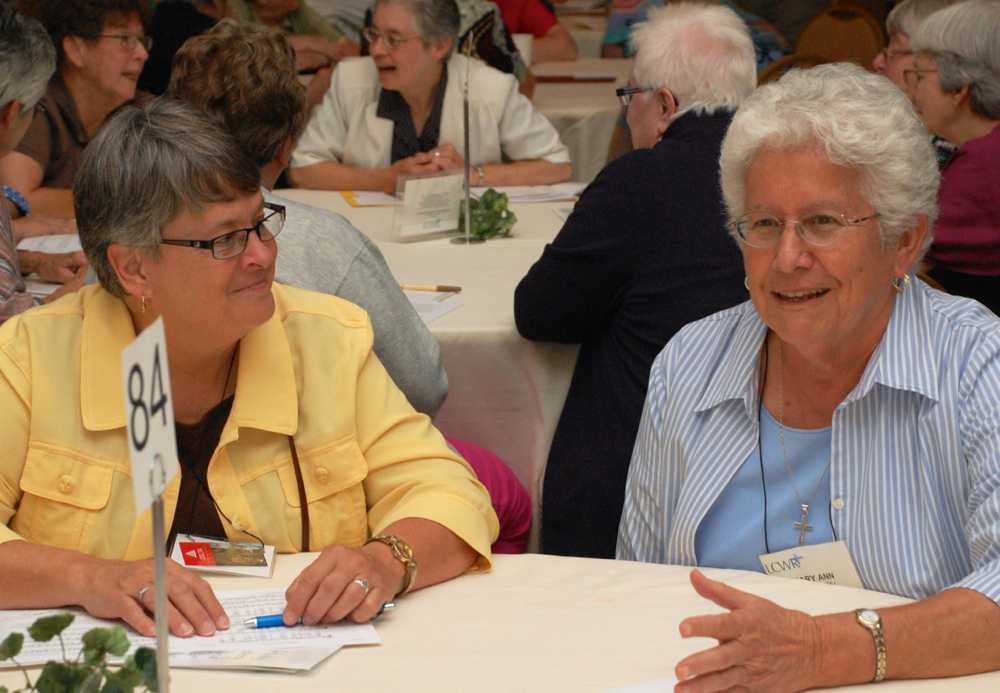