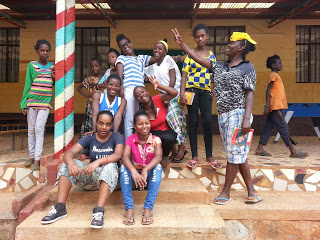 Dilla, Ethiopia — Notes from the Field includes reports from young people volunteering in ministries of Catholic sisters. A partnership with Catholic Volunteer Network, the project began in the summer of 2015 This is our fourth round of bloggers: Christian E. Ruehling is a volunteer missioner for VIDES+USA currently serving in Geneva after five months with the Salesian Sister in Dilla, Ethiopia, and Maria Beben is a staff writer for Franciscan Mission Service in Washington, D.C.

Before my year of service in Ethiopia, I had not known of the Salesian family, its two well-known saints John Bosco and Mary Mazzarello or of its network of brothers, sisters, priests and supporters across the world. Their main charism is the education of children, particularly children living in poverty and vulnerable situations through the preventive system (St. Bosco) and accompaniment (St. Mazzarello). The brothers care for the young boys, while the sisters usually care about the livelihoods of young girls. While visiting the various Salesian missions in Ethiopia, I experienced firsthand the valuable and influential care that the Salesians imparted on the young boys and girls of Ethiopia.

Two weeks into my mission in February, I was invited to accompany a group of young girls and boys from Dilla to visit our mission in Ziway, about a five-hour drive north. The occasion was to celebrate the arrival of Don Angel Fernandez Artime, the rector major (the head boss), of the Salesian family, who was making his rounds through our various missions in Ethiopia. I quickly found out that he is a pretty big deal as evidenced by the elaborate welcome and subsequent events that took place over the weekend.

Saturday morning, Artime was greeted by a throng of children who witnessed his arrival on an ornately decorated horse-drawn carriage surrounded by an entourage of local equestrians dressed in traditional garb. At the main welcome event, different groups of children from various missions performed local dances and songs. Our kids from Dilla prepared a welcome dance, which they aced by doing a routine to a song that is dedicated to St. Bosco. The young boys and girls then spent the rest of the weekend in their retreat program while I played the role of unofficial photographer for the Dilla mission. We then had a great feast in the evening for our special guest.

Mass on Sunday morning was jam-packed since it was presided over by Artime. He led the Mass in Italian while local fathers translated in Amharic, the dominant language in Ethiopia. I truly enjoyed the Masses here even though they in Amharic. The songs that they sing sound beautiful even though I do not understand what they say. The program ended mid-day so we said our good-byes to our lovely hosts in Ziway. It was wonderful to meet the rector major and see how he enjoyed interacting with the youth.

It was really great for me to attend this event early in my mission because it set the tone for my interactions with the kids from Dilla as well as my understanding of the Salesian spirit. I was able to see first-hand the great work that the Salesian Fathers and Sisters do for the community in Dilla.

The Salesians really try to do everything to help the families in the community so that they can lead better lives. They run schools from kindergarten through high school, as well as the technical vocational college. They operate a feeding center where the kids get a free meal Monday though Saturday, as well as a program that allows foreigners to "sponsor" a child every year until they finish school. 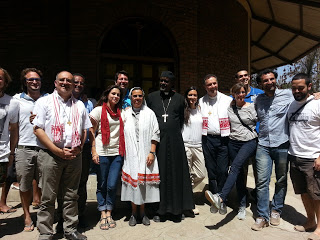 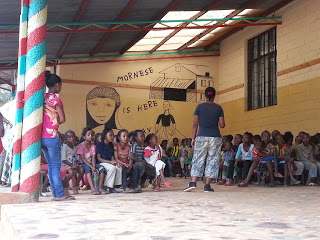 I also had the opportunity to visit their missions in other parts of the country, where they run similar programs. For many families, the missions not only help provide their children with a better education but also are a source of employment. What I admire the most is how the sisters, many of whom left their homelands to go on mission, have dedicated their time, love, energy and faith to the people of this country.

I also got to be part of the Salesian tradition of holding "oratorio" with the children. This tradition started with St. Bosco in Turin where he gathered the boys who were being exploited during the Industrial Revolution. Around the same time, St. Mazzarello was doing the same for young girls in the Italian town of Mornese. This time was spent in religious instruction, recreation and teaching other life skills.

In Dilla, more than 100 children would come every Sunday afternoon to spend three hours singing, playing and learning at the Salesian compound. The children led by the sisters and several young "animators" who are high school girls who also grew up through the oratorio system. This is a special time for the children as it gives them the opportunity to have fun, be creative, and learn other valuable life lessons in a caring, supportive and educational setting. Most of the children who attend are young girls from the ages of 5-15 that come from the town while on the other side of the compound, the fathers hold oratorio for the boys.

This spirit of educating poor, young children has endured since the founding of the Salesian order and spread across the world; the Salesians are active in around 130 countries. I am happy that I chose my mission to help the children/students of Dilla, even if it's only by teaching English and being present. As St. Bosco once said, "educating the poor is the highest form of charity."