We are called to step outside our comfort zones

by Viviana Garcia-Blanco
This article appears in the Notes from the Field feature series. View the full series. 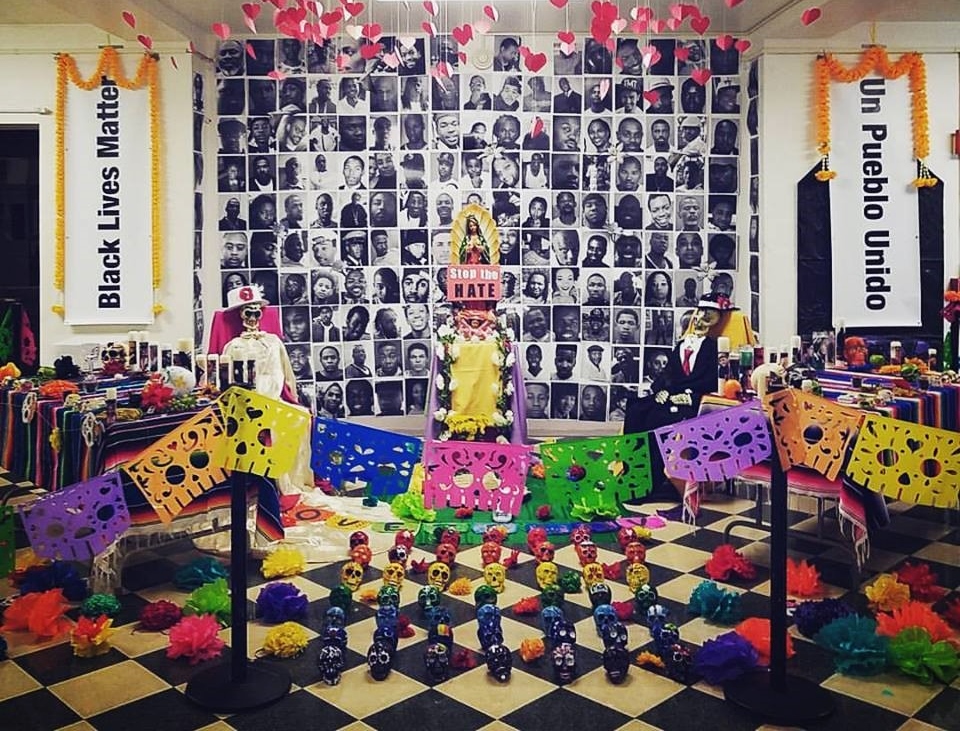 I joined Dominican Volunteers USA not because it was a Catholic volunteer program, but because I identified with their mission and admired the great work they did.

As an undergrad, I was heavily involved in university ministry at Dominican University in River Forest, Illinois. The space was predominately made up of women of color, and we focused on multiple intersectional issues that dealt with race, sexual orientation and gender identity, immigration, workers' rights, and interfaith inclusion. The ministry center was an open and safe space for a lot of people on campus.

Despite being a ministry center, we were probably the most inclusive and diverse student-led program on campus. The sisters on my campus shared similar beliefs with the students and supported our efforts to make the campus a reflection of the student body.

This environment was crucial for the development of my spirituality. There was a place at the table for people like me to contribute to these issues in a religious capacity.

When my service year started and I came out to New York, the sisters I met here were of similar minds in that they were just as progressive about the issues I cared about and were open to learning from me and the other Dominican volunteers. These women really solidified my hopeful ideas of choosing DVUSA as volunteer program.

A couple of weeks ago, I had the privilege of meeting a Dominican brother whom our office was hosting at the United Nations for a couple of days. He came to visit our U.N. office as part of an alternative spring break option for his religious studies. When I first met him, he was clad in his full white habit, his rosary hanging from hip, his expression somber. I was taken aback by his appearance; I felt an automatic separation between him and me.

I spent the next couple of days with this brother, during which we had several discussions about religion and the Dominican Order. This was the first time I had the chance to really get to know more about a Dominican brother, as I had never really connected with one at my college like I did the sisters. He explained the hierarchical structure of men religious in the order, taught me all of these new terms I had not heard before, and talked about what he was studying and about some of his passions.

Based on his responses, I could tell he liked the structure the church gave him in life — it was a greater sense of security in a world where nothing is certain anymore. When we dove into deeper questions about faith and the future of the Catholic Church, his viewpoints stemmed from a traditional and conservative place. 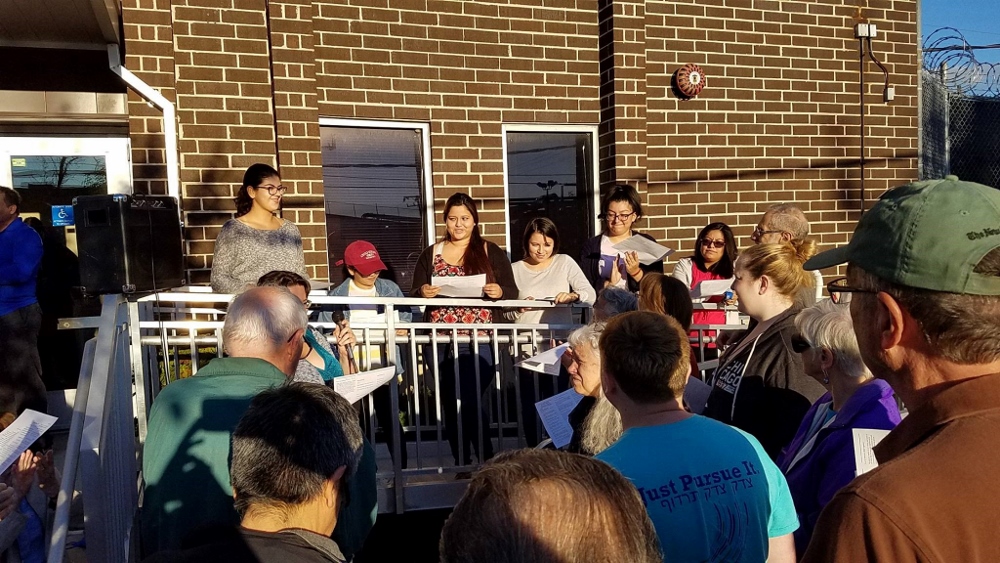 For example, when I asked him how he felt about Pope Francis, he mentioned something along the lines of the pope going against the teachings of thousands of years of tradition, which I interpreted as the pope's being too liberal for his taste.

I asked him about whether or not he engaged in political issues in his public life: Did he voice his opinions or concerns about the current administration, and did he support social movements currently sweeping our country? He explained that if he took a side and commented on political issues and if he spoke about our differences, that would only further divide us from the teachings of God in that we are all the same. This comment seemed ironic to me, as he is a man who wears his habit in public, which in itself is a political statement: The habit symbolizes your status among "others."

I wasn't necessarily shocked when he spoke about these things. He was, after all, a white man who came from a white parish shaped by white male ideologies. This kind of brother thrived in white environments, but I doubt he would acknowledge this as relevant.

I was left with conflicting feelings about the complexities and dynamics of women and men religious. I had just encountered a man who represents ideologies I have been actively protesting for years but belongs to the same order I find solace in and that supports my work. I saw myself trapped in this odd cycle of conflicting ideologies.

There seems to me to be a disconnect for some religious men (as well as religious women) who hold on to traditional values while noting the lack of youth engagement in the church. They are always concerned about the lack of youth involvement, and they put the blame on everyone and everything except themselves.

A comment I hear all the time is how the media and the liberals are making up new issues to get upset about, how political correctness has gone too far and strips us of our morals. To all that, I just have to say that matters about race, sexuality and other kinds of social justice issues are not modern trends. These issues have always existed in society, and people have been fighting for their right to life for years. You're just hearing about it so much more now because of our access to technology.

The Dominican motto, caritas et veritas, means "love and truth." For me, that means seeing others as a reflection of myself. It means speaking my truth about the injustices happening in greater society. It also means calling out the hypocrisy of the men and women religious who choose to ignore these issues, who choose to leave others behind because they are afraid of upsetting the conservative donors at their parish.

I can't speak for every order or parish, but I can call on my Dominican family. If any brothers or sisters are out there reading this, I urge you to step out of your comfort zone. Challenge your peers, the members of your parish. In this day and age, we can't afford to not be political. The church has so much influence in society, and yet there is not enough being done to erase toxic social norms and ideologies. Let's not waste the opportunity in life to make great changes within our churches, our communities and ourselves. 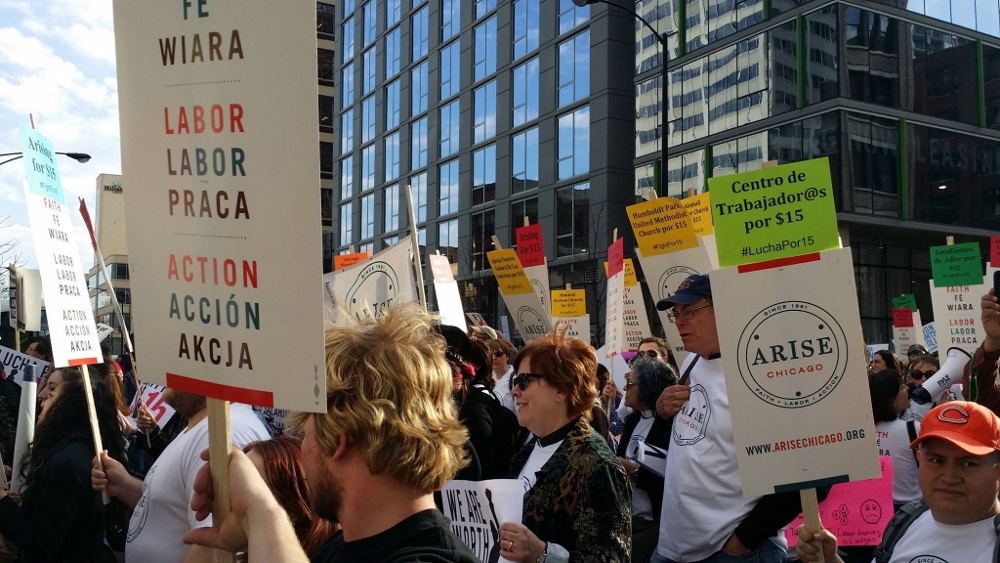 We are called to step outside our comfort zones