Those were my initial thoughts last fall when I was invited and encouraged to join the half-marathon training brigade at our community house. I immediately made a mental list of excuses of why I couldn't do it, but something pushed me past these excuses, and I agreed.

I love running; that wasn't the problem. Part of the problem was motivation. Part of the problem was training in a group. Nine times out of 10, my runs and workouts were just me. I thought I preferred it that way. I just wanted to listen to my music and zone out for a while. I liked getting lost in my thoughts. For these reasons, I was hesitant about running with other people. I operated better on my own — or so I thought.

To be honest, the biggest problem was that I really didn't believe I could do it — 13.1 miles sounded like an impossible distance.

The first early morning arrived, and in my initial sleepy daze, I thought something was wrong. Why was I up so early? Maybe the house was on fire? And then I remembered: "Oh, right. I agreed to this." As my alarm continued to go off, I severely questioned the judgment of my daytime self who had willingly agreed to this sleep theft.

But that's when the group mentality kicked in. If it had been just me, I would have rolled over and been asleep again in minutes without a second thought. But it wasn't just me. There were three other people who had also set alarms and would be downstairs in 10 minutes, ready to go. If they could do it, so could I.

Solidarity. That became our response to almost every situation: solidarity. While it was certainly said jokingly at times, there was a lot of truth behind it.

The weeks went on, and my routine stayed the same: Alarm goes off. I question everything and decide I'm not going. I remember that I made a commitment, grumble, pull on shoes and flounder down the stairs. But every morning after the run, I was always glad I went.

Initially, I had agreed to run to get in shape and finally be able to cross "run a half-marathon" off my bucket list, but it became so much more than that. I saw a resilience begin to develop within myself that either wasn't there before or was buried very deep. And I loved it. I was proud of it.

So many beautiful things came out of those few months of training. I learned to challenge myself more. I grew closer to an incredible community. And I fell in love with Washington, D.C., all over again as we planned new routes and explored different streets.

This period of training was one of the most poignant examples of solidarity for me since I've been at Franciscan Mission Service. The word had been tossed around so much, but I finally began to understand how powerful the concept was.

These runs were a sacred space in and of themselves. During the hours of the morning when the world around us was just starting to wake up, we shared emotions, talked through ideas, laughed about moments from the week, and congratulated each other for not succumbing to the daunting and draining challenge of the many hills in D.C. Through these early morning runs, I learned more about my community members, more about myself, and more about God.

Our little running group spoke to the notion of community on a larger level. When we ran, if someone needed to stop and walk, we all walked. If someone needed to slow down, we all slowed down. And that's how our community continues to function as a whole. That's the call for the human person. If someone falls behind, we shouldn't just leave them there and step over them. We should stop. We should see what they need, and we should stay with them until we're sure that they're going to be all right. We're all in this together. We run the same streets, and we face the same challenges.

My community gives me strength, and they give me confidence. Even if I fail at something, I know they'll applaud my efforts and encourage me to try again instead of focus on what I did wrong. God puts people in our lives on purpose: to challenge us, encourage us, laugh with us, cry with us, and simply be there when we need to voice our doubts and fears.

On the day of the half-marathon, a few weeks before Christmas, we all agreed that no matter what, our goal would be to cross the finish line together (and ideally not be the last ones to cross it). And that's exactly what we did. Although my legs felt like they were going to fall off after the race, the memories and life lessons formed along the way made each and every step worth it.

Now, almost a year later, I look to that experience when I begin to hear myself say, "I can't." I can. And I did. So why can't I again? 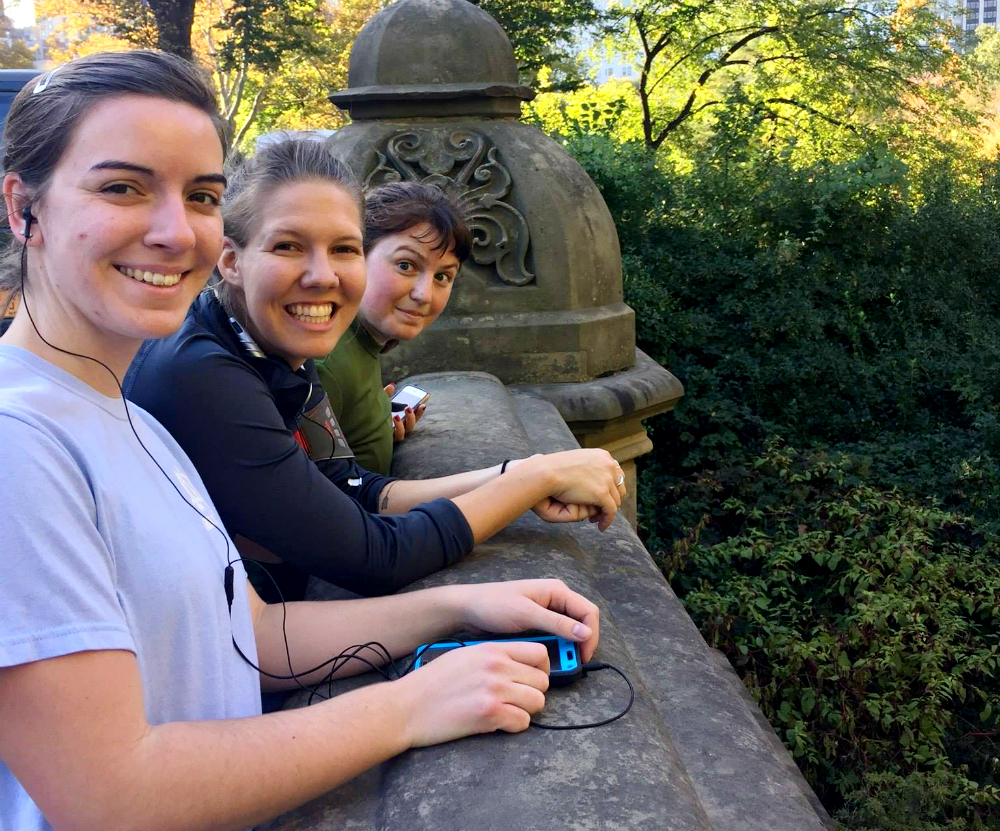 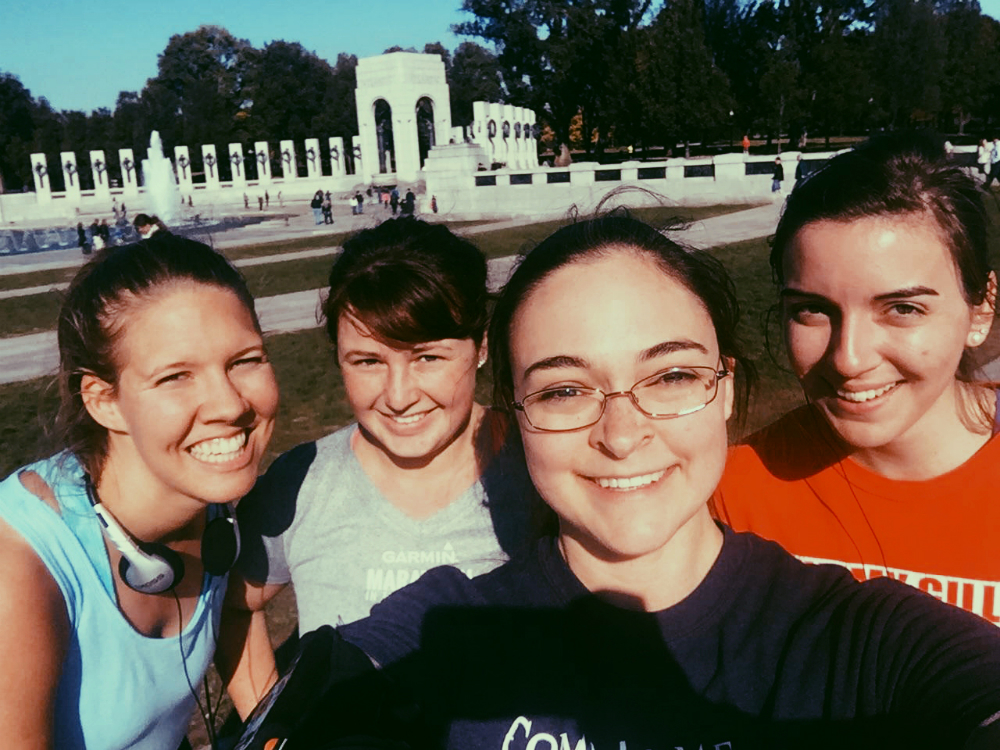 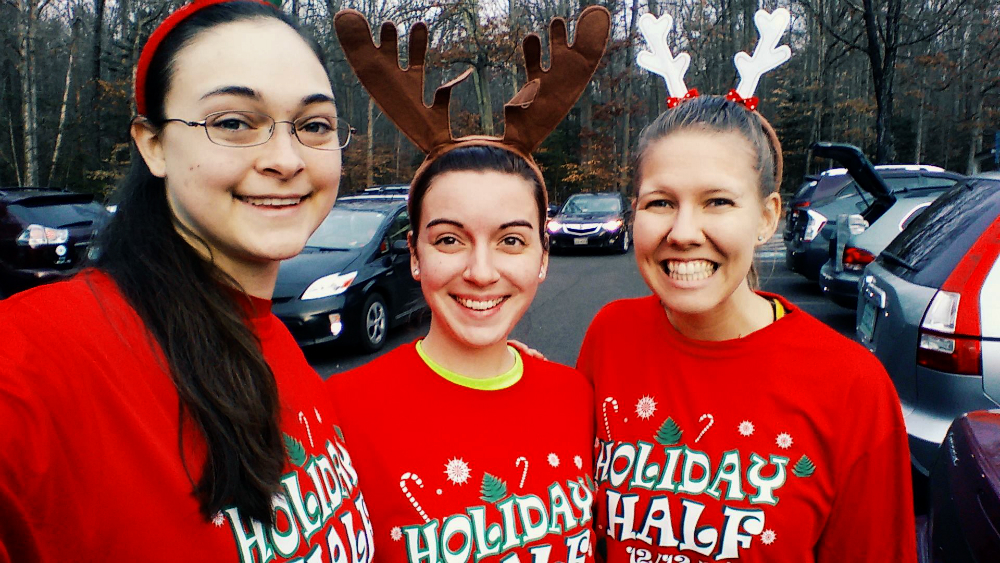 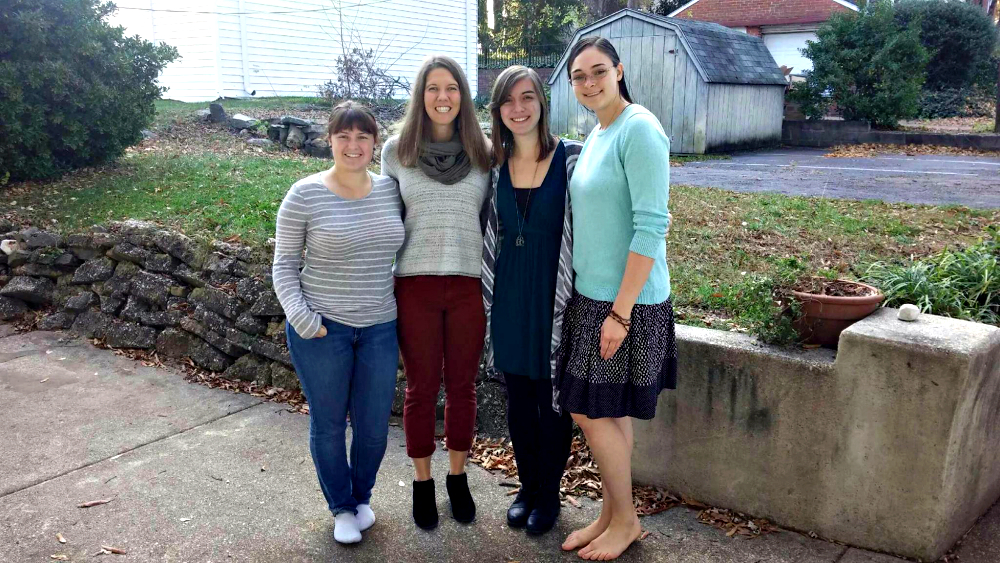