Related:  Read all of GSR's coverage of the Leadership Conference of Women Religious' 2018 annual assembly.

This article appears in the LCWR 2018 feature series. View the full series. 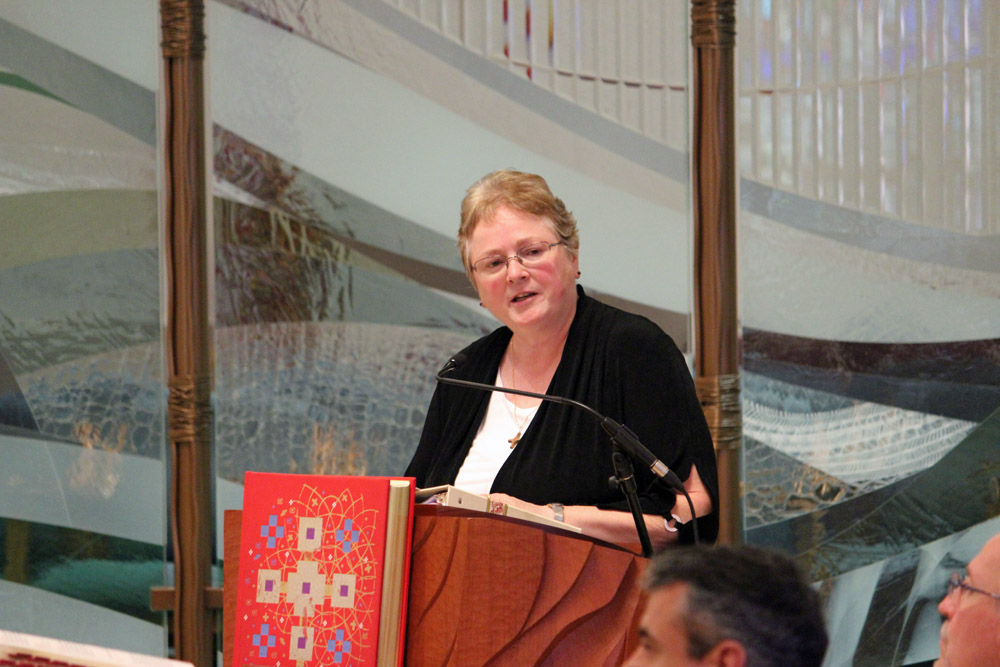 St. Joseph Sr. Jayne Helmlinger shares a reflection in the Sisters of St. Joseph of Orange's Sacred Heart Chapel at a July 2016 Mass that also included the installation of new leadership and missioning of sisters. (Provided photo)

St. Louis, Missouri — At the 2018 annual assembly for the Leadership Conference of Women Religious, St. Joseph Sr. Jayne Helmlinger became president-elect during an Aug. 8 vote. She joins the presidential triumvirate with Holy Cross Sr. Sharlet Wagner, president, and Sister of Charity of the Incarnate Word Teresa Maya, past president.

Helmlinger comes from a background in health care administration, having served on numerous boards for her congregation's hospitals and foundations. As the general superior of the Sisters of St. Joseph of Orange, California, she has helped members transition from managing properties to "dreaming new ministries into being."

"Risking is vital to the future of LCWR," she wrote in her submission for the nomination.

She said while in LCWR leadership, she'll combine her community's charism — "Unity in Reconciliation" — with her "ability to think systemically," adding that she's eager to connect LCWR with the rest of the world and reimagine the conference to fit a globalized future.

GSR: Let's start with your previous ministries and what you've learned from them throughout the years.

Helmlinger: When I started into novitiate, I did an internship at one of our hospitals because our general superior at the time asked me to look at the ministry of health care, one of our major ministries. (I thought I would go down the path of parish administrator.) I started out at the service level with dietary, environmental services, the warehouse, the purchasing, and it was those types of ancillary services that I got to know. 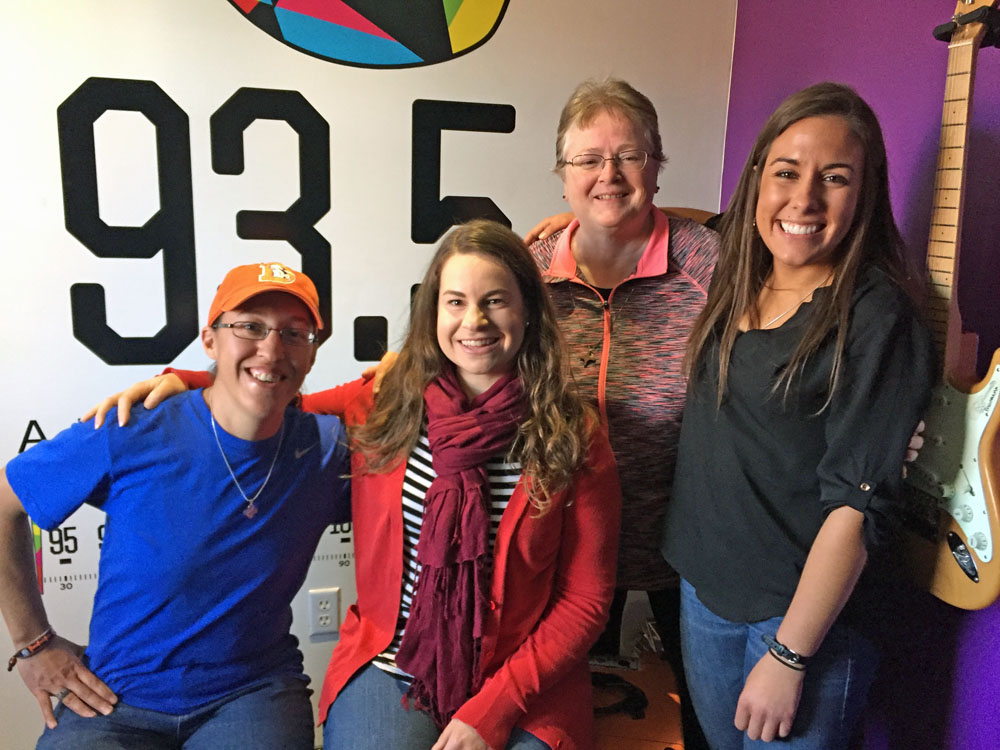 [After receiving a master's from Notre Dame,] they asked me to be the vice president for systems and quality improvement at St. Joseph Hospital in Orange County, which was really new and different. I love technology, and we were going from a paper system to a computer system, so I helped with that transition.

I got a knock on the door, and the community asked that I go to nearby St. Jude as VP for sponsorship to represent the ministry with the executive team [which prompted her to pursue a master's in health care mission]. Then I became executive VP for mission integration for the health system, working with all VPs for mission, with advocacy, with community benefit and our outreach into neighborhoods — everything we could provide for those who didn't have the funds to pay.

I worked with executives from all around our systems to understand: Whatever their faith tradition (or if they didn't come from one), how does what they do contribute to this mission? And you relate it through their core values and where they can make that path for themselves with the institution so their more authentic self can be there. We serve people from all walks of life, so we need people from all walks of life to be caring for people in the community.

At the same time, I was on the executive team, so I was looking at strategic plans. It was a real mix of ministry, and I loved it because I got to meet with people from every level of the organization. 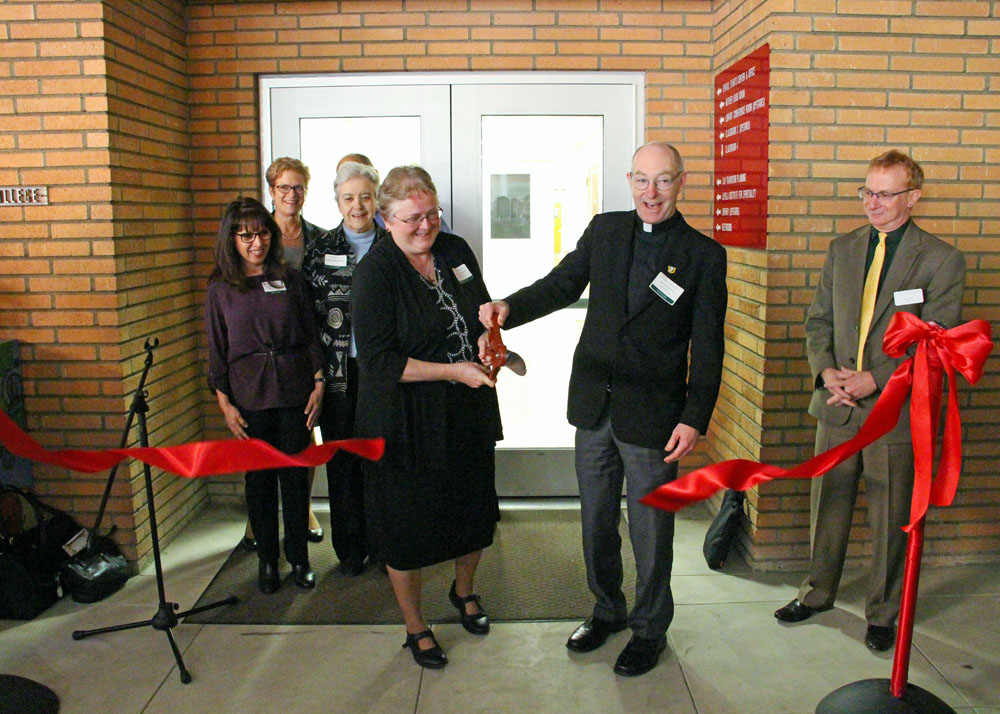 What inspired you to put your name forth for the presidency?

I love religious life. I love this organization, and I think it's an important one as a voice, as a face for women religious in this country. I want that voice to be there because the church looks to us, and people beyond our faith look to us. Why would I not want to help move the organization forward?

I come from the West Coast, and that voice isn't heard as much. I'm a leader of a community that's becoming very multicultural, and I think I have something to bring to LCWR as we try to move globally and understand the various cultures and the richness of our diversity. So I thought I'd see where the Spirit moves, and I kept my name in for that reason. 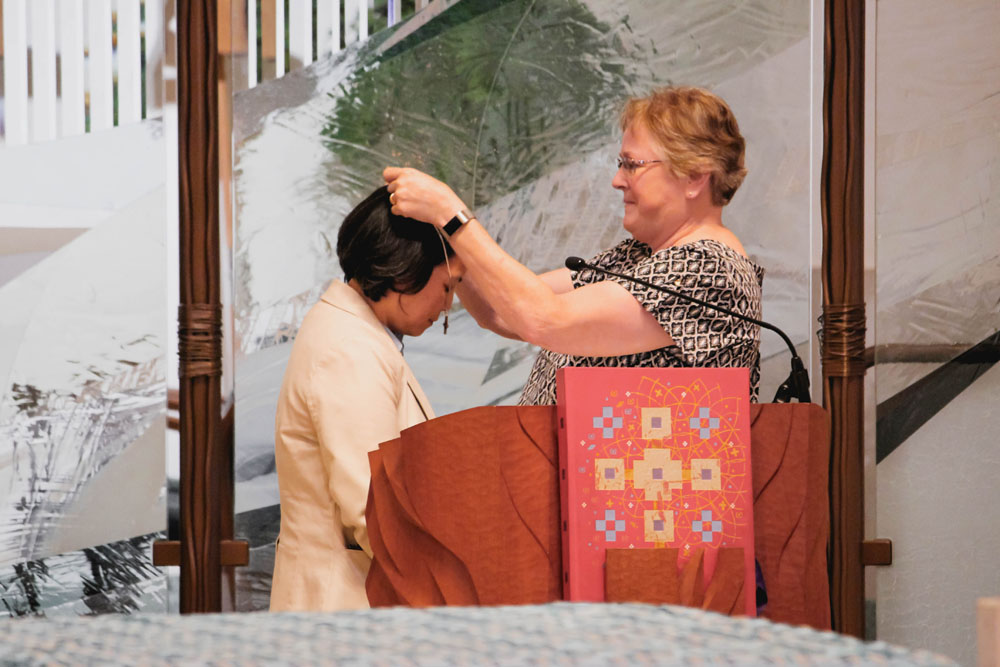 When you put your name in, I'm sure you already had ideas of what you could contribute to the presidency or the direction the conference could take. Has being at this assembly changed how you see that or inspired you differently?

I think it solidified it in a way. That part [in Heidi Russell's speech], "When one part of the body hurts, the whole is hurting," I think that's true. And when I look at LCWR, there are parts of ours that are coming to completion, and at the same time, there's a movement, especially with younger, newer members. They talk about being in dual citizenship: They have their home community, and they have these networks of sisters across the country and beyond borders that they're networking with. I really encourage that with our younger members, and I think we need to do that as LCWR and collaborate strongly with all these other organizations that support LCWR.

Could we have a summit and really talk through what are the needs, who is best to meet those needs, and who might partner together and access our membership here so we don't duplicate resources? There are only so many sisters to go around, so put your energy and focus there.

In this time of such polarity and civil unrest, my own charism in my community is "Unity in Reconciliation"; we're bridge-builders. I see that I can bring that charism and the gift of being able to think systemically and to relate personally, because I think that's something I've also done well in my own community and with the people I've served throughout health care. 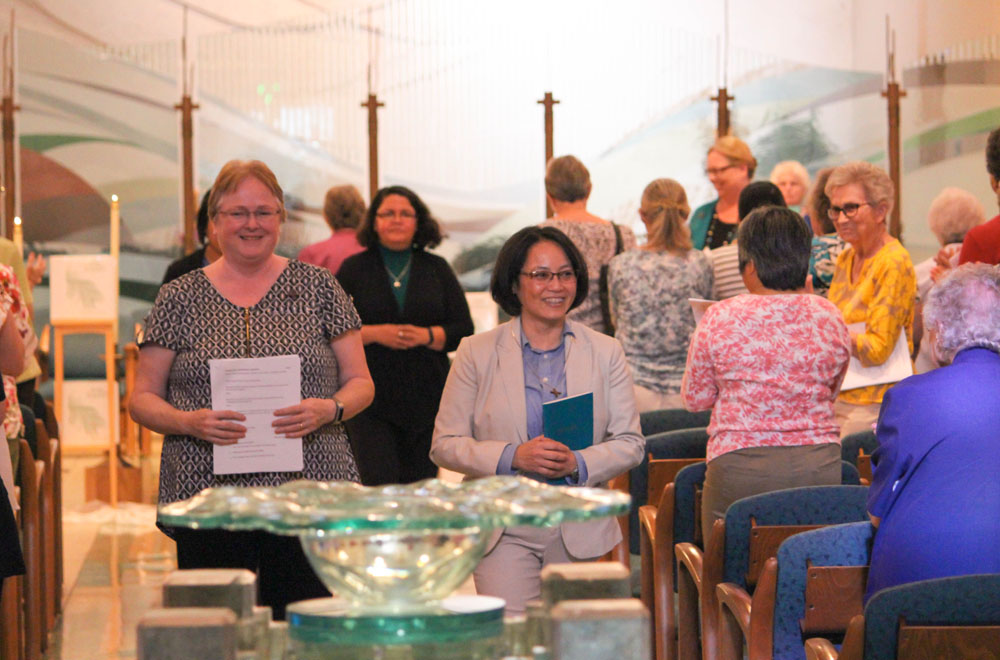 I also have diversity within my membership — they're Latina, Vietnamese, Indonesian, Chinese, Filipino, one grew up in Poland, Germany — for many of them, English is their second language, and so it's a real sensitivity. How do we get to know one another and keep the diversity? Because I think that's a gift. We come at life differently, and I learned that of the socio-centric and family-centric of so many in the Asian and Latino community. Melding those two is our future.

Working with the other conferences, like the National Black Sisters' Conference and CLAR [Caribbean and Latin American Confederation of Religious], that is our future, and with the men's communities. Bringing people together, bringing them to God, I see myself being a part of that.

What are you most excited about?

I'm excited about [St. Joseph Sr.] Carol Zinn coming on as executive director. She thinks differently, and she'll make those statements that make me step back and think, and what does that mean? I love that. I love that banter back and forth with people who think differently. Tere [Maya] is going to be wonderful because she comes from a whole different culture. I loved her speech that she gave to the assembly; it's something rich we can look at. 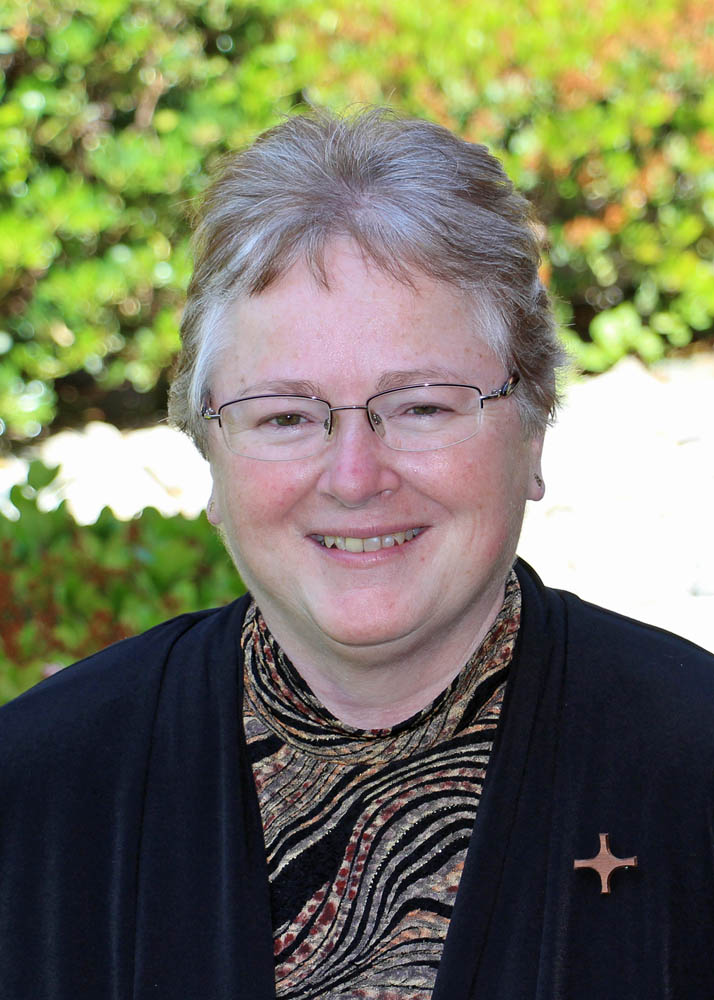 Q & A with Sr. Fabiola Fabbri, bringing love to orphans in southern India

Q & A with Sr. Gail Jagroop, facilitating retreats in Trinidad and Tobago