Mary Killeen, a Sister of Mercy from Ireland, didn't even want to come to Kenya at first. She was in her late 20s, happily teaching in Ireland, when another sister got sick in Nairobi, and Killeen was asked to fill in. That was 42 years ago, and Killeen has been in Kenya ever since.

In January 1976, when she was 30, the Sisters of Mercy sent her to be the head teacher at Our Lady of Mercy Primary School in Nairobi. Less than a 10-minute walk from the primary school is the Mukuru slum, an informal urban settlement home to more than 600,000 people. Many families live in 10-by-10-foot corrugated iron shacks. Although she had a private school to run, Killeen was increasingly worried about the growing number of children living in the slum next door who were not in any educational framework.

In the 1980s, before the government had developed a network of free public schools, almost half of Nairobi's children did not attend school, Killeen said. In the informal slums that ring Nairobi, that number was even higher.

Dodging piles of trash, along broken roads and amid incredible stench of a waste-choked dam, Killeen spent her free afternoons in the Mukuru slum trying to create educational opportunities for neighborhood children. Eventually, sensing her passion, her superiors released her to work full time in the slums. Within a few years, Killeen had started six schools serving more than 7,000 students.

Killeen is a native of Phibsborough, a neighborhood in North Dublin, Ireland. She first professed at the age of 20 and trained as a teacher at Carysfort College. She studied theology at Milltown Park and catechism at University College Dublin during the 1970s, while teaching at primary schools in and around the city.

Global Sisters Report met Killeen in Nairobi to hear more about her work and her hopes for the future.

GSR: How did you begin working in Mukuru slum?

Killeen: I was a head teacher for 14 years in Nairobi at the Our Lady of Mercy Primary School [a private Catholic school]. During my last 10 years, the Mukuru slum grew, so I started asking sisters what we could do about the children in the slums who were all out of school. They said I should try to enroll some in Our Lady of Mercy. The school was in high demand, so I only took 100 children because it was difficult to have children from the slum. It was hard to get vacancies for them, because they had no educational background, they were older than the other children, and they were not prepared for school.

One time, I visited Kayaba, one of the villages in the slum, and saw there were hundreds if not thousands of children out of school. I wanted to do something. I went to my superior and the people of the slums, and I also went to the church and the government for support.

In the '80s, 48 percent of Nairobi's children were out of school. In 1985, there were no schools in Mukuru, a shantytown of half a million residents. Nothing could be done about the problem, because there were no government funds available. Parents didn't have the income to pay school fees needed for their children.

I felt bad that I was going to teach in one school, and all these children are left in the streets. I kept agitating until 1984, when my superior general said, "You go and get a plot within the slum and see whether you can construct something there." So I asked the parents to help construct the school within Mukuru and Kayaba slums. The first school started in 1985. For four years, I continued to be the headmistress of Our Lady of Mercy and I kept going there every afternoon and hired teachers to assist.

The other sisters thought the slums were very unsafe and that there were so many thugs. Also, there was a very big, smelly dam. They were trying to get a sister to the slum but some of the sisters could not stand the smell, some could not walk on rough ground. Due to the high population coming in and out of the village, the paths were uneven and worn and people were forced to jump from one stone to the other. All the time you have to push your way. Some of the sisters could not manage, due to age or inability to lead that kind of rough life, so eventually, in 1989, they asked me to go into the slums full time.

The minute I went in there in 1990, very many people came from neighboring slums seeking help since they had no schools. So I asked them to go look for a legal plot where Sisters of Mercy would come and help them to build classrooms and get teachers. I ended up with six schools with 7,000 children, but I could not cope with the work. I had become very busy, and mushrooming construction sites in the slums also made it difficult to move from one place to the other. So I started looking for a partner to manage some of the schools.

I handed over one school in Kwa Jenga to the Marianist Brothers. In the Reuben Village, I gave one school to the Irish Christian Brothers from Australia. They also took a clinic. Medical Mission Sisters took over a clinic, too. I was then left with four schools, one big clinic and mobile clinics in the slums. Initially, those four schools had about 5,000 children, but now we are up to 5,670 children. Then we have one secondary school, one vocational training center, one center for rehabilitation of children with disabilities, and one clinic that provides social and health services.

What is your greatest challenge in this ministry?

Our greatest challenge is the growing poverty among the people. Although the Kenyan economy is growing as a whole and some people are becoming richer, there is a huge number of people who are becoming poorer because of political instability that has caused some to lose their jobs. Many companies that the residents of this neighborhood were working for have moved away, due to frequent political demonstrations and traffic jams caused by unfinished road construction. The only jobs they can get are things like picking up trash for the city, or washing people's clothing, cleaning houses or gardening jobs. Oftentimes, they are paid as little as $40 a month. This money cannot pay for school fees. They can barely pay for their rent and food.

There is also overcrowding in the slum due to pressure for land. Mukuru slum has become very crowded. It used to be single-story shanties, and now it is becoming double- and triple-story shanties, and the number of people coming into the slum is huge. Every time there is trouble in Kenya, people come into the slum. When there are tribal clashes, post-election violence, famine and flood, they come into the slums because they have nowhere to get something to eat, and the city is considered safer.

How will winning the Presidential Distinguished Service Award affect your work?

This is an award normally given to Irish serving overseas, like poets, film stars, people who have achieved enormous academic goals, like they founded universities or are teaching in universities in the United States or Australia. I was surprised to be included among those people. I was surprised because I have not been known in Ireland because I have been in Kenya for over 42 years and I have never been highly supported by Irish organizations. Usually individuals and small groups support me.

I am hoping that the publicity will help us, because at the moment we are short of money. We have January [governmental] exams coming up, and we have a secondary school with more than 460 students and vocational training, and many of them cannot afford the examination fees that the government charges. We want the children to do the exams to have a proper certificate that is recognized across Kenya.

We also have to build more classrooms for the children with disabilities. We have five different sites and every site has its own demand and need for money. We are very lucky that the local community in Kenya is generous and helps a lot with food.

How has being a missionary sister rather than a local sister affected your work?

Being a missionary sister has made my work easier in some ways, because there is a lot of land encroachment and a lot of threatening in Kenya. If you are a local sister, they can threaten you and put you down. If you are international, they are afraid because they don't know whom you know. There was a time they took two parts of our land where the school was and when we were going to offices nobody wanted to assist, but because I am missionary and have a veil, they find it difficult to chase me away. Sometimes when you are Kenyan, they can chase you away. But I can keep on sitting until I see the bosses.

Why did you choose to work in this ministry?

I did not choose to work in Kenya. Another sister got sick and I was asked to replace her and I was not happy as such, because I was happy where I was working in Ireland. When I came to Kenya, it was very difficult because you are cut off from your friends and family. We sisters get very little personal allowance and it is very expensive to phone home and we were not encouraged to do so. You were only expected to phone home when someone was dying. Even the mail was not certain. But after a while, I built new friendships. When I moved to the slums, I was very happy because of the difference I could make in people's lives. To see people with no hope of going to school, and now you see them working in good jobs, you feel so happy. It is so fulfilling, and to see a child with a disability working in a company and bringing money to his mother, it is just wonderful.

What advice would you give to other sisters around the world working in similar ministry?

I would say, as sisters, we should concentrate on the very poor. You know, in Kenya, it is a shame because sisters need the money to survive so they opt for private schools where people can pay. But that type of work is not as fulfilling as working with the people who have no chance and who cannot pay. I think it is good, as religious, to work with the very poor as much as possible for it gives meaning to our lives.

What keeps you going when things are difficult?

Sometimes you become fed up because of land encroachment. Sometimes politicians want to take your land out of greed. They do terrible things, like putting soil in the river to push the river's path over into your schools. You say to yourself, "Why do I do this? It is too much of a hassle." But then, you see a handicapped boy working, or you see the street boys going to school to learn a trade. You see them now living with dignity instead of hiding from police or being shot. One day you are down with challenges. The next day you meet a street boy working, married with children, happy. And you say, "It is worth it." You feel very happy and fulfilled. 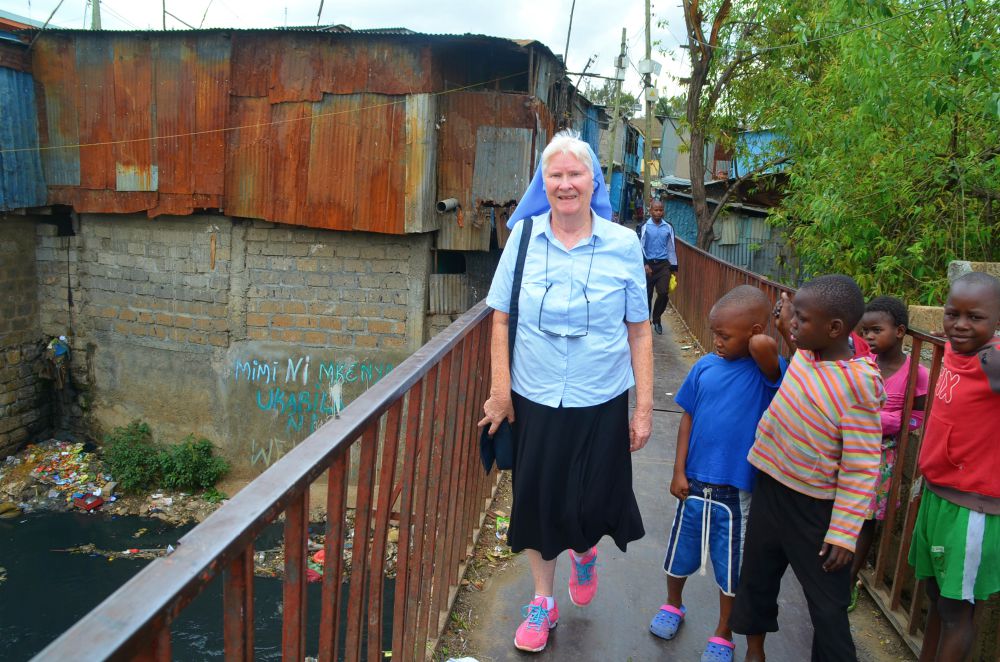 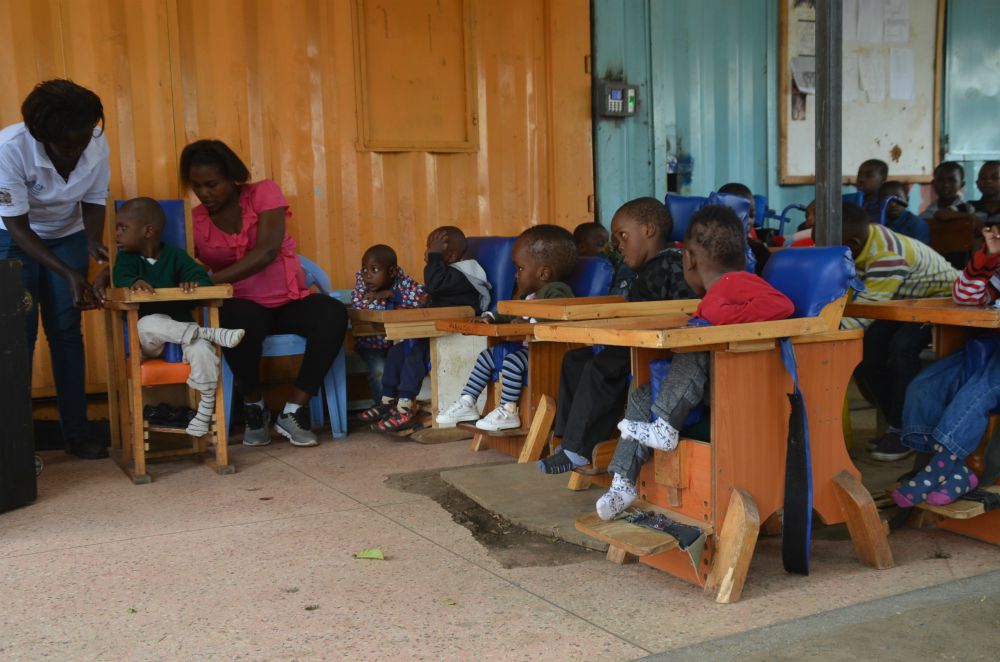 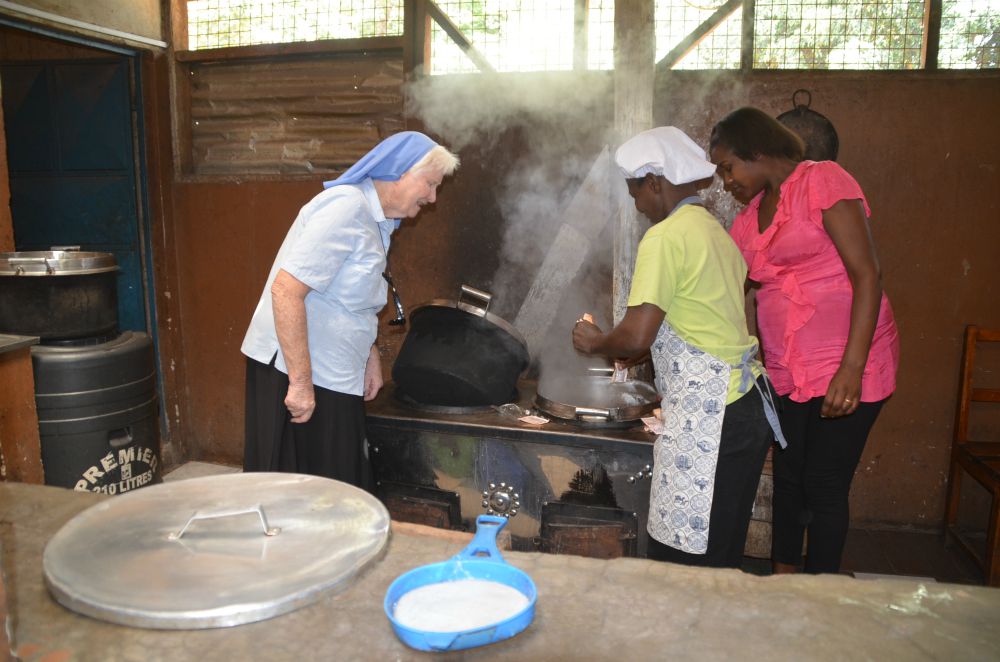 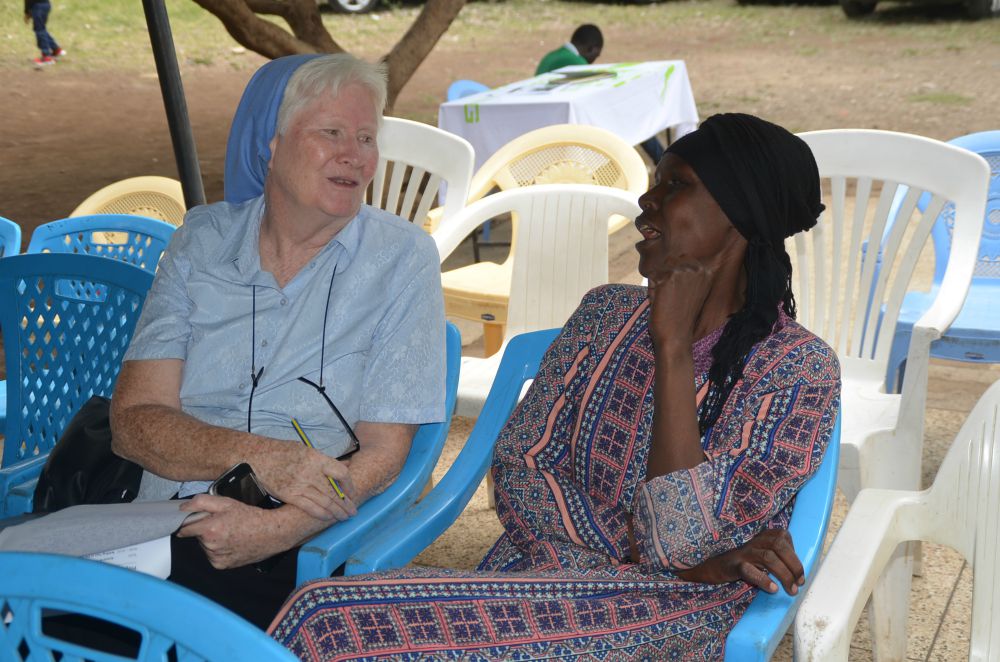