A community center in southeast Cleveland has been serving the city's predominantly black Mt. Pleasant neighborhood since 1966. The center offers education assistance, provides meals and helps connect people to additional social services. In 2001, the center changed its name from the Hunger Center to the Thea Bowman Center, to honor Bowman's legacy of intercultural awareness in the Catholic Church.

Every year, the center puts on a gala to raise money for its operating costs. The gala usually consists of a dinner and a few speakers — but this year, the center decided to try something different. They hired Sherrie Tolliver, an actress with the group Women In History, to portray Bowman in a 20-minute, one-woman show.

Tolliver and Gayle Bullock, a member of the Thea Bowman Center's board of directors, spoke to Global Sisters Report about the process of putting the show together and the lasting impact of Bowman's legacy, both on her namesake center and on the world.

GSR: What was the impetus for creating a show about Thea Bowman?

Bullock: Our executive director had heard of an organization called Women In History and thought it would be great to reintroduce Thea Bowman to those who have been supporting us over the years — so they know Thea Bowman's not just a name on the wall. We reached out to Women in History and they sent us the amazing Sherrie Tolliver, whose likeness to Thea Bowman actually helped a lot, too [laughs].

Sherrie, were you familiar with Thea Bowman before you took on this project?

Tolliver: Well, I had gone to the Thea Bowman Center in 2009 when I worked for the Cleveland Metro Park as a cultural history interpreter. I did Rosa Parks, and Sr. Sheila [Marie Tobbe], the nun who was running it at the time, said, "You could do Sr. Thea Bowman. Have you heard of her?" I read a brief biography and nothing came of it; that particular introduction to her didn't really stir anything in me. I just thought, "Oh, wow, she sounds interesting."

But when [the center] asked me a second time and Gayle gave me her books and her videos, Sr. Thea's energy and presence and her story just overwhelmed me. And when I saw her picture — her face is just so illuminated with the joy and love — she just radiated off the page, and it was just a really bad photocopy picture of her on office copy paper [laughs]. And it still was just radiant. And so I said, "Oh yeah, this is going to be one of those things where I say, 'Lead me, guide me.' "

What was the response to the show?

Bullock: The response was overwhelmingly positive. The children in our center perform every year — either singing a song or playing instruments — and this is the first time that the whole audience got up and started singing with the kids. A lot of that is because Sherrie, as Sr. Thea, walked around and had people singing into a microphone with the kids. And so, by the end, everyone was on their feet singing "This Little Light of Mine" with the kids of the center. That has never happened before.

And the feedback that we've actually gotten from it was that was probably one of the best galas ever. I think it was because Sherrie was so powerful in telling the story of Sr. Thea and even sort of personifying her voice. Sherrie, she's an actress, so she researched it and she came off with the perfect Thea Bowman to really inspire the audience.

Sherrie, did portraying Sr. Thea change you in any way? Did you learn anything new?

Tolliver: I like what the people in the church call her "holy boldness." And she's inspired me so much because she used every gift that she had. She was an intellectual, she was spiritual, she was proudly a black woman from the South, she was completely devoted to God's work and reaching out to love people. And those things are difficult for me sometimes because I don't have the courage that she had.

It's not just about portraying her life and sharing her story. It's Sr. Thea saying we can all do this. We can all let our little light shine. Her whole story is just a testimony to what God can do in your life if your mind and your eyes are open to being human and reaching out to others in their humanity. I just have such a deep respect and profound admiration for her.

Bullock: Sherrie just spoke about how Sr. Thea inspired her, but I know there's something Sherrie wants to work on, and I just think it's important to share. So I hope you don't mind sharing that.

Tolliver: No, no. I got the idea at the gala to create a play about Sr. Thea and see if we could do it, maybe next year, for Women's History Month or Black History Month — or just whenever, because you don't have to wait for those months to do something, like people think you do.

I want to see if we can get a grant or some kind of funding to have schoolchildren bused in to the Breen Center for the Performing Arts, which is at St. Ignatius High School [in Cleveland]. It would be wonderful to have busloads of kids come from all the Catholic schools to see a story about a real Catholic nun who changed the world and just to plant in their hearts that this is the work that people do with the gifts that God gave them.

Bullock: She was telling me about it. I was like, "Oh my God, that would be such an amazing thing to see." And so, I just love that this was able to inspire her to even take it more broadly. That tells me the power of Sr. Thea.

I will tell you, the first time I saw Sr. Thea speaking on a clip that I saw on the internet, all I thought was, "Man, this is a woman I would have loved to have sat down with." And I shared that with people who have met her, and they're like, "Oh, Gayle, I don't know what the video looked like, but it sure didn't do her justice. This was a person that you would enjoy just sitting down and having a conversation with."

Tolliver: Those are some of the things I wanted to include in the play: the people that knew her. I want to make their words about her part of the story. I know there's man who works at the Thea Bowman Center who was from Mississippi and knew her.

What does it mean to you that Sr. Thea might become a saint?

Tolliver: I think that would be magnificent. I think that her life, her legacy is so inspiring, is so real. I think it would be very healing and helpful for the church and for interracial relations. I think it could do nothing but positive things, because I believe that her message and her sincerity and her energy would only just continue to send out wonderful ripples throughout not just the Catholic community but the world.

Bullock: I would have to echo that completely. If she becomes a saint, I think one of the great benefits of it is that more and more people would then hear her story. I love the fact that she could be a saint. I think it's been well earned and I think it will help to drive us, as a center, to be held accountable to really live into who she is.

[Dawn Araujo-Hawkins is a Global Sisters Report staff writer. Her email address is daraujo@ncronline.org. Follow her on Twitter @dawn_cherie] 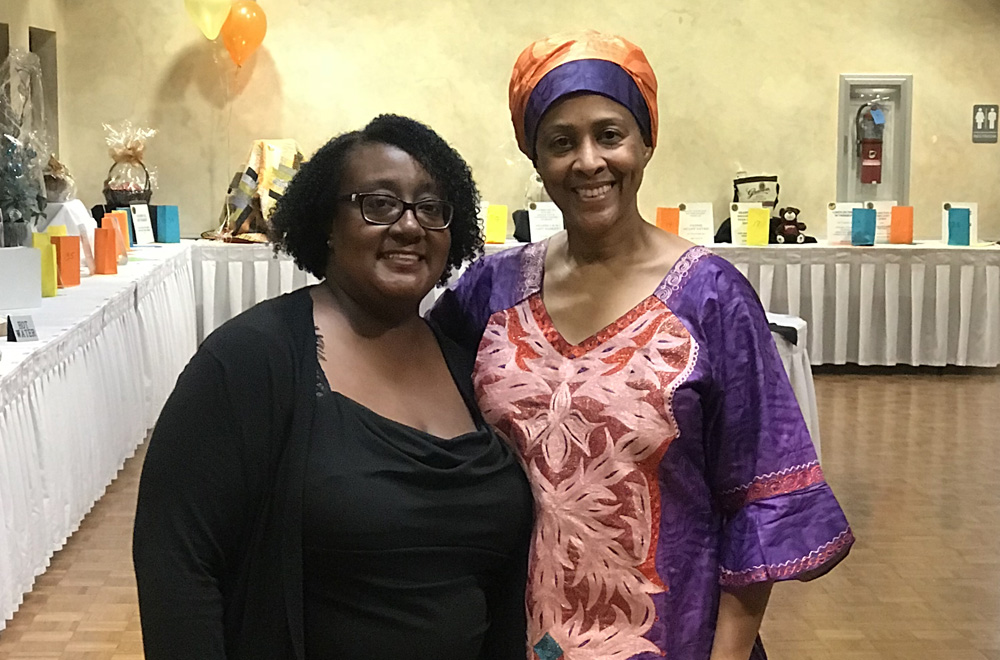 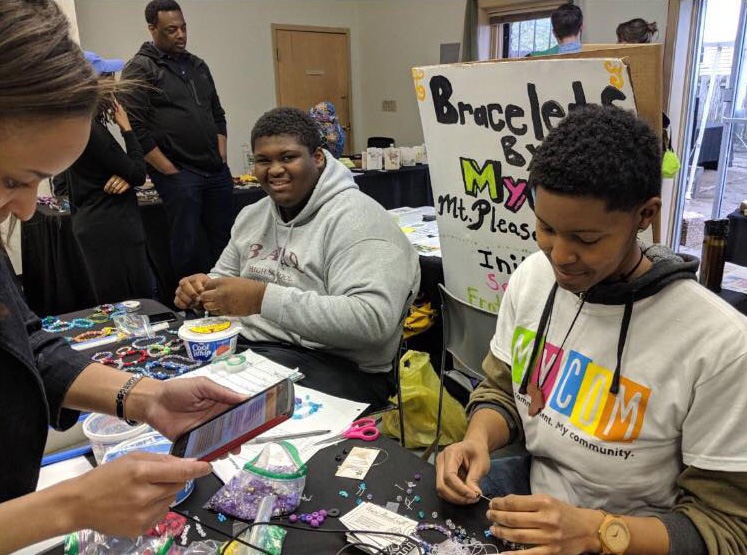 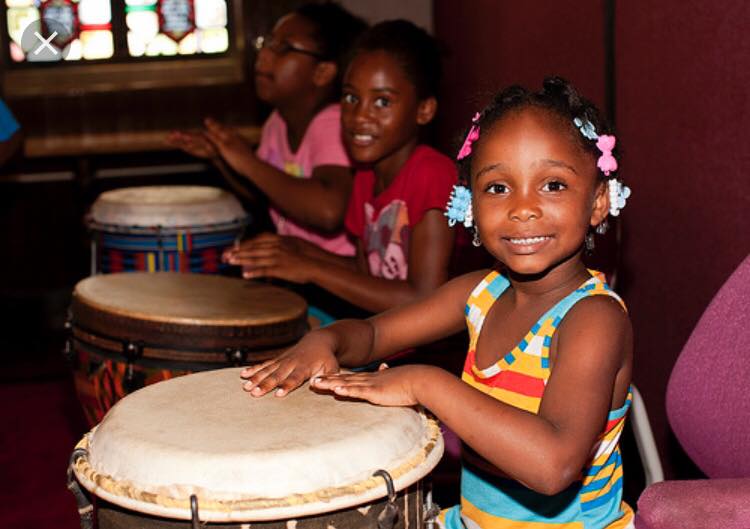