Even before she could go to school, Sr. Carole Eschen wanted to be a teacher. At her grandmother's house, she rang the bell to play teacher for her cousins. As a student at Nerinx Hall, a Sisters of Loretto high school for girls in St. Louis, Eschen was impressed by the sisters' happiness and support of each other. At age 17, she joined the Sisters of Loretto and taught math and science at three schools, including the Loretto Academy in Kansas City, before landing at Kansas City Academy in 1985.

Kansas City Academy is a middle and high school started by the Sisters of Loretto in 1984 that became independent a year after its foundation. The school is known for its inclusive environment that attracts a large LGBTQ population, Eschen said, and many of the students at Kansas City Academy were bullied at other schools.

In September 2017, Betsy DeVos, the secretary of education, visited Kansas City Academy, a move that surprised many at Kansas City Academy because of the Trump administration's withdrawal of Obama-era protections for transgender students in public schools that let them use bathrooms that match their gender identity.

Eschen retired in May after 53 years of teaching.

GSR: When you are teaching, how do you feel you are helping your students?

Eschen: Well, the opportunity to help people grow and become the best that they can be is an amazing opportunity. That and I'm really enthusiastic about learning and about science, and I want to impart it to every person. One of the things Loretto gave me was a desire to help educate the whole person and not just a subject, to help people to grow and be the best people they can be.

I believe in getting students out. I took students out to the prairie four times a year to get a sense of place and the different seasons. Even in my first years of teaching, I always had animals in my classroom. We had a tadpole, guinea pigs, and we even had black widow spiders. I love the world, I love the creation God has given us, and I feel it's my privilege to help kids appreciate and experience that, too.

You've worked at both Loretto Academy, which closed in 1984, and Kansas City Academy. One was run by your community and one was founded by your community but is now independent. What were similarities and differences in each of those environments?

The Loretto Academy was more overtly religious, a Catholic school, and so we started classes with prayers. Kansas City Academy is an interreligious school, so I think many of the same values are there. We don't have an overtly religious worldview. It does seem to be accepting of diversity, of people's differences, including religious differences.

What are some of the ways it is accepting of differences?

We accept people for who they are, and people are diverse selves. We have students on the whole [LGBTQ] spectrum: bisexual, nonsexual, gender neutral, gender flowing. A lot of terms I didn't even know, so I've been educated by my students for a lot of these terms. For these students, it's a big part of who they are, so if you accept them, you have to accept different ways of looking at the world.

A couple of years ago, I had a student who claimed neither gender. This particular student always liked to use the pronoun "they." If you were to slip at all and say "him" or "her," the student would be very gracious and remind you.

I was educated in differences last year when we had Betsy DeVos come to our school, much to the dismay of some of the faculty and parents and the students. The students first got occasion to articulate their thoughts and what they were disgusted by, the idea of not accepting people for who they are and how they feel their gender is expressed.

They did a beautiful job. They made personal statements. They put up signs on the bathrooms: one said "urinals" and the other said "stalls only." I thought that was a very interesting chance to be with people that are so accepted: the staff of each other and the kids of each other.

You taught sex education for some time. What was it like doing it as a vowed religious?

I really do think that the support of my community is one of the things that made it possible for me to get through those first years, which were difficult. I was comfortable even though I didn't know much about sexuality as a young person. I was pretty naive. But teaching biology, I learned to have students ask questions and for me to tell the students that if I didn't know the answer, I would find it, which I did. That's been my philosophy as a teacher, too. I don't expect I know everything, but I can help the students find the answers.

Do you have any funny stories from teaching sex ed?

Oh, yeah! I was teaching about nocturnal emission and wet dreams with my students, and a school tour passed the classroom. The guide came into the classroom at the end and heard what we were doing and just kind of steered everybody right back out.

Has your relationship with your students changed over the years?

Oh, probably. As your age changes, I think you get different relationships. I was in a much more of a peer-type relationship with the young women when I started teaching because the students were much closer to my age. I'm much more a mother and grandmother to them as I've gotten older. But I think as far as me respecting them and them respecting me, then I think it has not changed.

And what's next for you?

I asked [the woman taking over my biology class at Kansas City Academy] if I could take the students to the prairie, so I'm going to continue doing that with her and classes.

Probably different kinds of volunteering work as it comes up. I feel very confident the Spirit will lead me to something and then I'll be available to do that. I've been tutoring a woman at Journey House, which is a home for women just out of prison. She's their resident manager, and she's a brilliant, hardworking, really amazing, resilient woman. I've been blessed to get a chance to help her with her math. One of the best parts of teaching is what you learn, both about people and about the subject.

[Eleanor Nash is a student at Wellesley College in Wellesley, Massachusetts, studying English. She is originally from Kansas City, Missouri.] 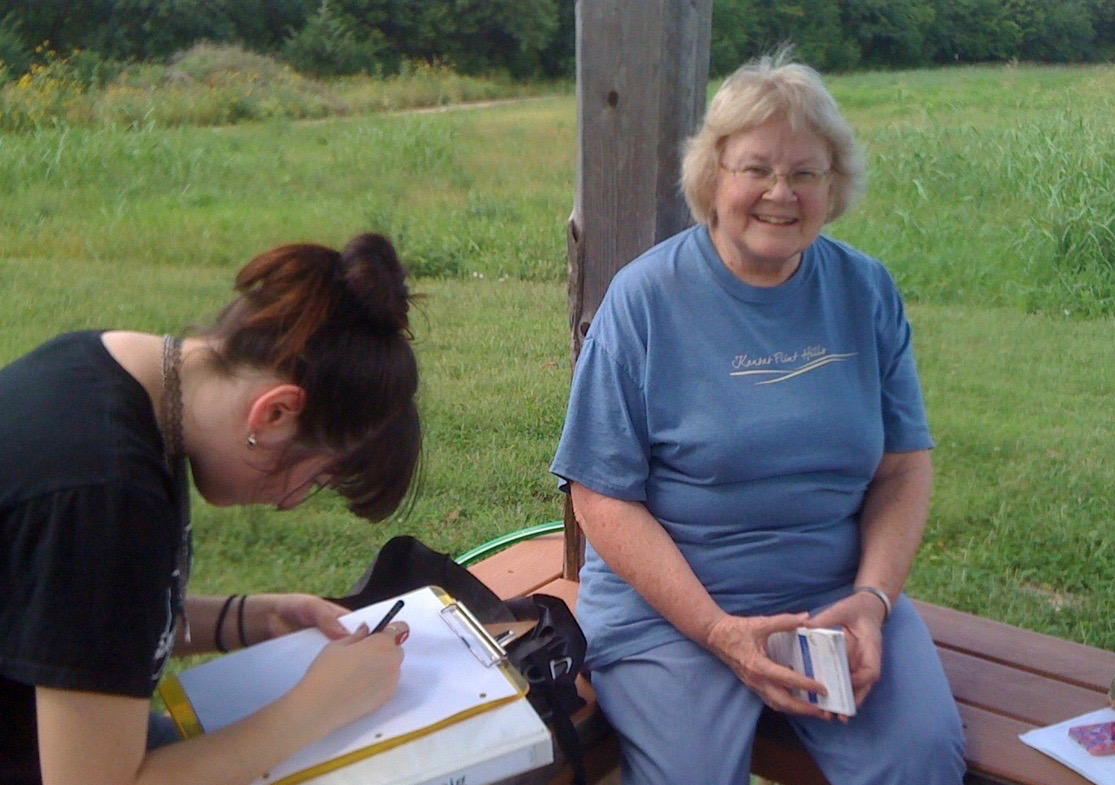