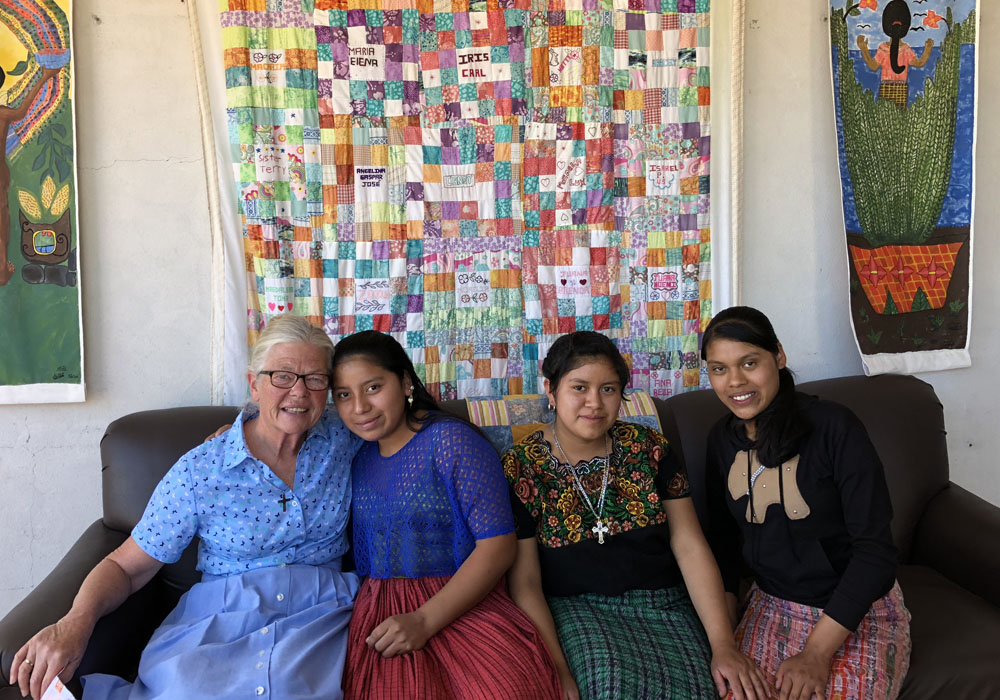 Guatemala City, Guatemala — Beginning with her three years of living in the Guatemalan mountains with the Q'eqchi' tribe in the mid-1990s, Precious Blood Sr. Mary Faye Hellman set the groundwork that turned the illiterate community into one of the first — "if not the first" — village of Mayan people to be literate in Guatemala.

But one little girl inspired Hellman to start Holy Mary of the Most Precious Blood School of Integral Education for Church Leadership, a boarding school for girls from indigenous Mayan villages outside Guatemala City, after she left the village.

The girl, who was about 5 years old at the time, told Hellman that after grade school, she wanted to attend Hellman's school, although "at that time, I had no intention of starting a school," she said.

Not long after that conversation in the early 2000s, thieves took over a bus that regularly drives into that village. The girl was caught in crossfire and took a bullet to the head.

So when Hellman's parents called her seven years later to tell her they sold some land and were willing to put the money toward a cause of her choice, "with the connection of that child, I decided to do this": found a school for indigenous girls covering seventh grade through high school, which opened in January 2007. 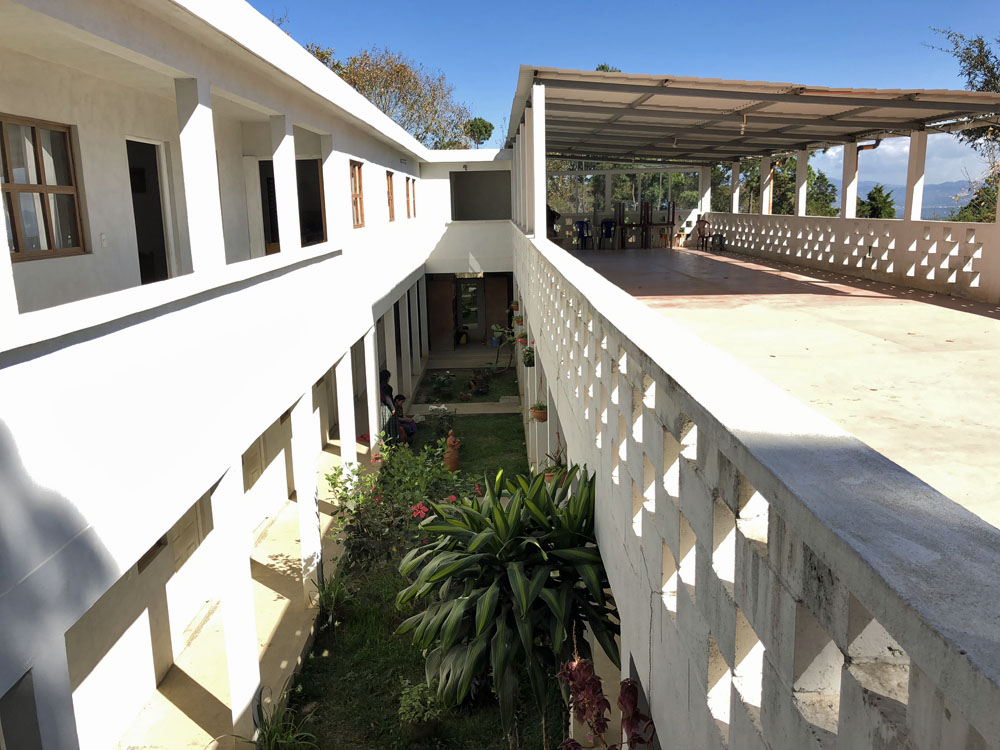 "Nobody [in the Mayan villages] had access to anything beyond sixth grade," Hellman said. "It's not because they won't; it's because they can't." A couple of indigenous groups only speak their native language, which keeps them from attending higher education, where knowing Spanish is a must.

Though being in fluent in Spanish isn't a requirement to attend the school, it is for graduation and is part of the regular coursework, which follows the national requirements: math, social studies, English or Spanish, science, physical education, art and music theory, plus a course on how to organize people in a village to complete a project.

At Holy Mary of the Most Precious Blood School of Integral Education for Church Leadership, 32 beds are available for girls whose families pay for no more than the transportation to the school, located on the top of rolling hills just outside the capital. 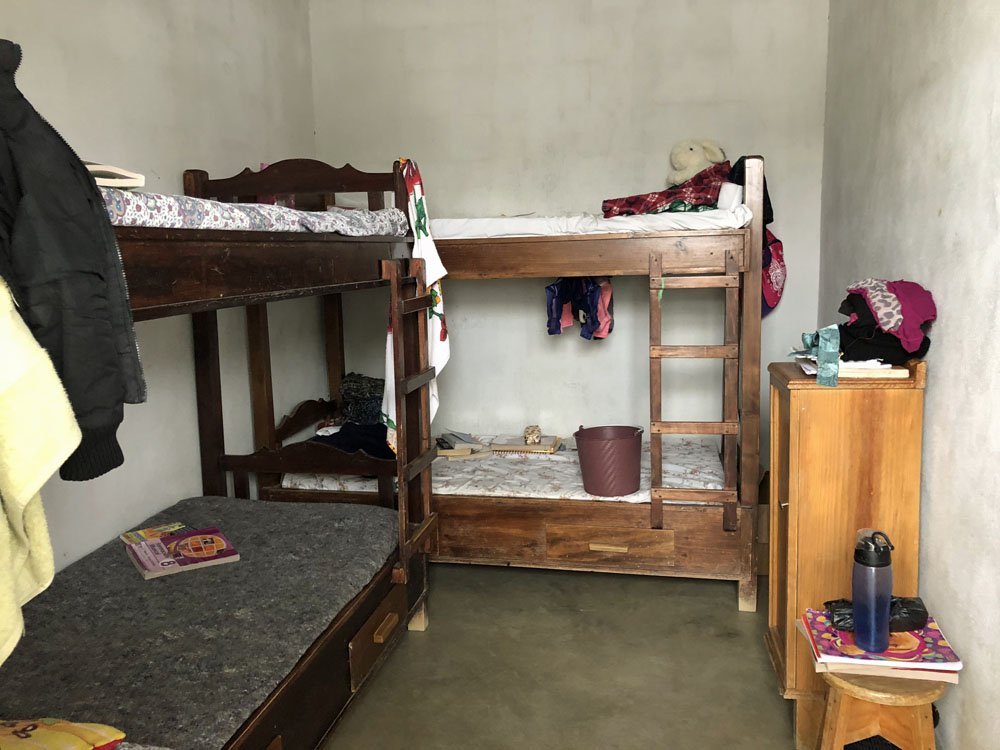 Typical bedroom in the school; with room for 32, Hellman said this year she has around 24 girls attending. (GSR photo / Soli Salgado)

GSR: What does living here entail? What are your goals with the women?

Hellman: I use a system that's developed by the Jesuits for this country called IGER — Institute of Guatemalan Education by Radio, although radio is the minimum of it. It's for these kinds of people, but the problem for them is the fact that they have a sixth-grade education, their mother has no education, and their father has maybe two to three years of education. So they have no one to help them. But they come here and they help each other, and then a teacher will come in and answer anything they might want to do. Everything goes by tests, so they have to be able to do testing, which means they need to be good at Spanish.

I do insist that when they're in classrooms, that they stick to their traditional [clothes] because we all come from our own cultures, and it just so happens they have a great culture. I've got a sneaking suspicion that now's the time this culture is going to be able to offer the world whatever it was that the world was not yet ready for.

I have a minimum of 15 people in the universities who have gone on through this school, and I've been working this for 11 years now. They're going into things like sociology, agronomy, taking courses to become a health person in their villages. One called me [from her village] and said, "Women are so happy — like, 'Finally, we understand what you're talking about.' " Because Latinos have gone in, but they can't explain this stuff. 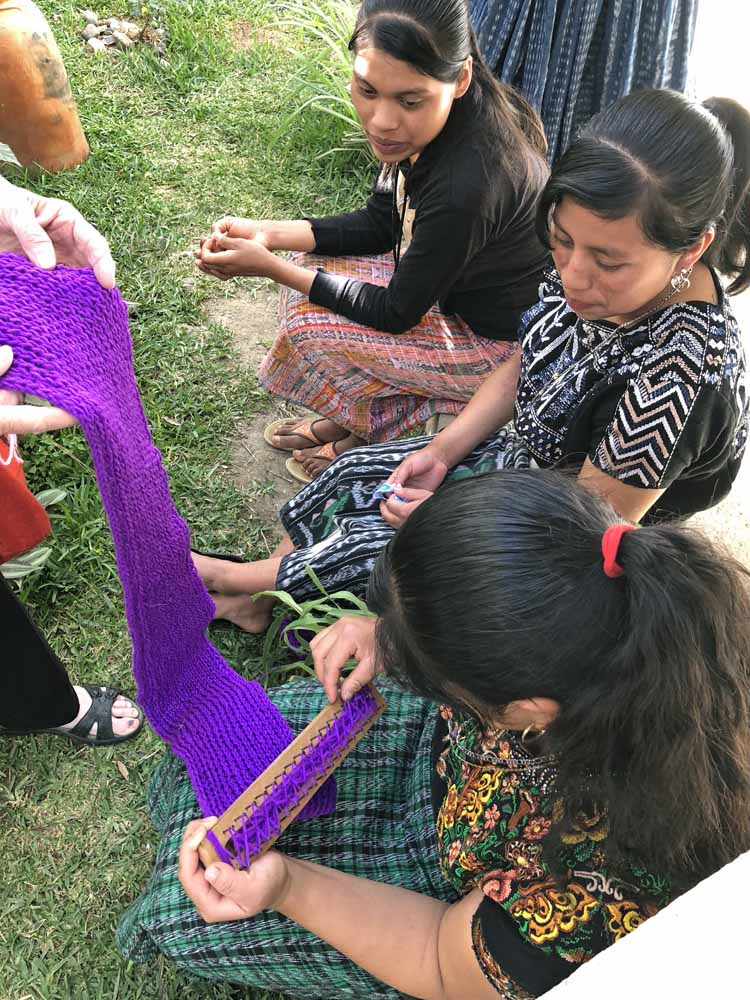 Hellman encourages girls to wear their traditional native clothing, and to take on crafts during their downtime. (GSR photo / Soli Salgado)

Do you teach all the classes, or do teachers come?

It's not even a matter of teaching, because they use their workbooks to read the stuff, write the stuff, do the stuff. We only have teachers come in case they don't understand or have questions. Some courses require more explaining than others, but they have to do all the work first. And they help each other: that's the system, to help each other.

I do have four classrooms for the teachers to use, but of course they can study wherever they want.

They're an incredibly religious people. They pray a lot, invoke God a lot. [Other] nuns thought I added too much religion to the curriculum, so I cut it, but then the girls complained it wasn't enough, so I decided to let them do it their way.

And the idea is that whether or not they attend college after this school, they go back to their Mayan communities and empower them?

One way or another, they help their own. Now, what happens is, the ones who bring the girls here are the men, the fathers and grandfathers. I very seldom meet their mothers. When I lose girls, it's usually to boyfriends or to mothers — mothers get sick and they can't live without their daughters. But the fathers bring me the girls, and I work through priests that I know, and I say, "Bring me the daughters of the leaders because they stand a much better chance [of lasting here]." 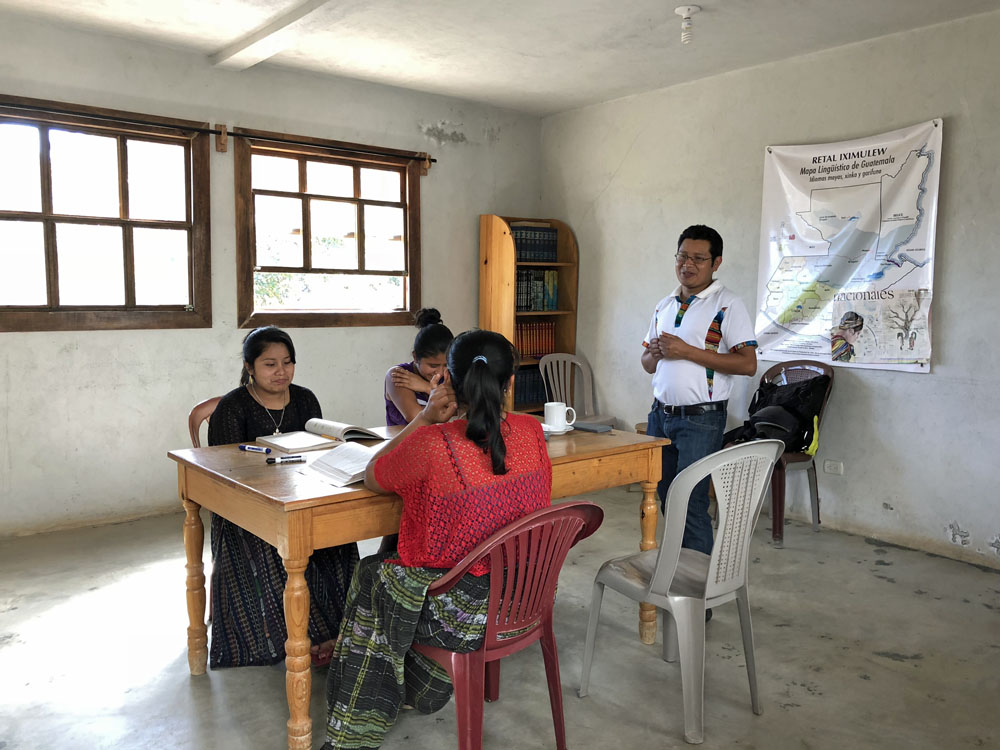 A tutor reviews the workbooks that the girls complete on their own. (GSR photo / Soli Salgado)

Do you hear follow-up on what happens when they go back to their communities?

Oh, yeah. They're in nursing-type stuff — haven't gotten a teacher yet — and social work. If you go out to those areas, you'll see they have programs where they bring people to work with their own women, always working with women because they're the ones without education. Now, machismo still exists, so that also limits potential.

I asked one of the girls here: How come girls from your village aren't coming anymore? And she said, "Well, because some of the girls are coming back with education, and the men don't like it. So they stop sending them."

In my mind, I expected this backlash a long time ago. I figured what would happen is the girls wouldn't get husbands.

Are some villages more accepting of others when it comes to having educated young women?

I could tell you by races easier. I used to have a real broad base with just a few from each race, but right now, the ones more apt to show up are Q'eqchi's and Ixiles. Now, Ixiles, if you remember from the '80s, was the group that was mostly killed. [They were a target of genocide during the 36-year Guatemala civil war.] That's basically why I started taking Ixiles, and I got a connection that would bring them. So I have a bunch of them now, but they're in the stage where they don't let them go to college yet; they'd rather them come home and get jobs in their places. All processes are long.

The group that is more likely to stay and go to college are the Q'eqchi' from the Cobán area. 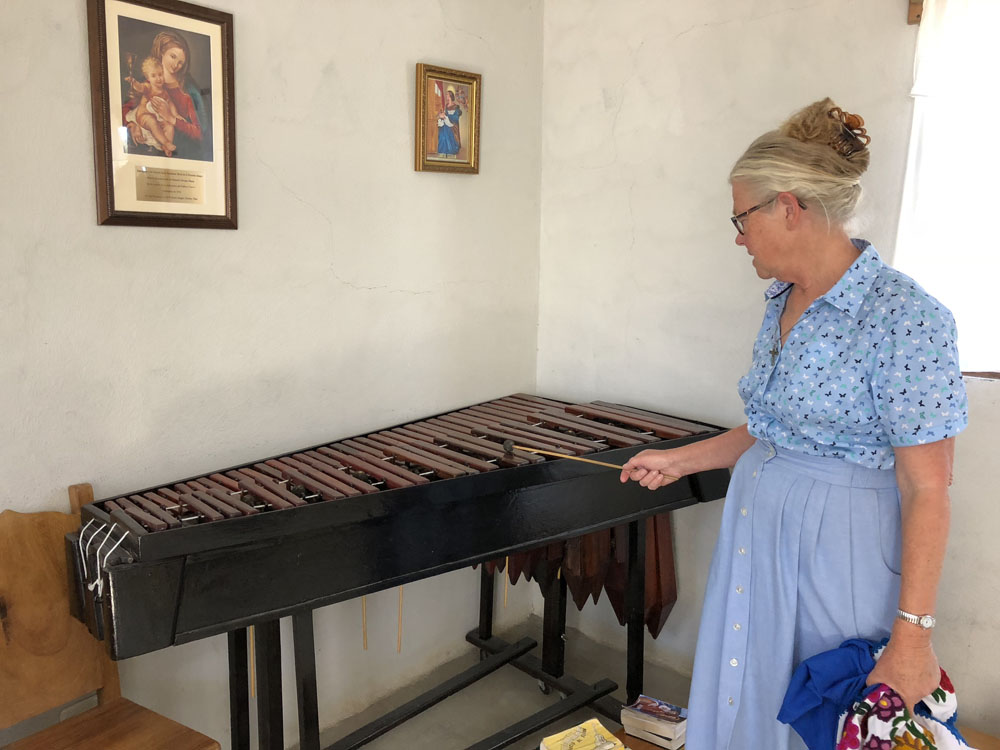 The school incorporates typical Mayan instruments into the curriculum. “It turns out that in some villages, these girls go back and they’re the first women to be a part of that,” Hellman said, referring to the music scene in the villages. (GSR photo / Soli Salgado)

Have you thought about opening up a school for boys or making this co-ed so they go back and feel like a team?

There is a boys' school down there in the city called Santiago Indigena. And we were a number of times going out there — because I do think that's an important point, meeting boys with education. And I should probably start doing that again because they do need to meet educated men. But that also has the problem of switching them out of their races and taking them out of their areas, so it's a very complicated problem. So we all have a role, and I'm not that sure that's my role.

Sisters, charities care for the abandoned children of Guatemala