Q & A with Sr. Mary Jean Ryan on running a health care system for 25 years 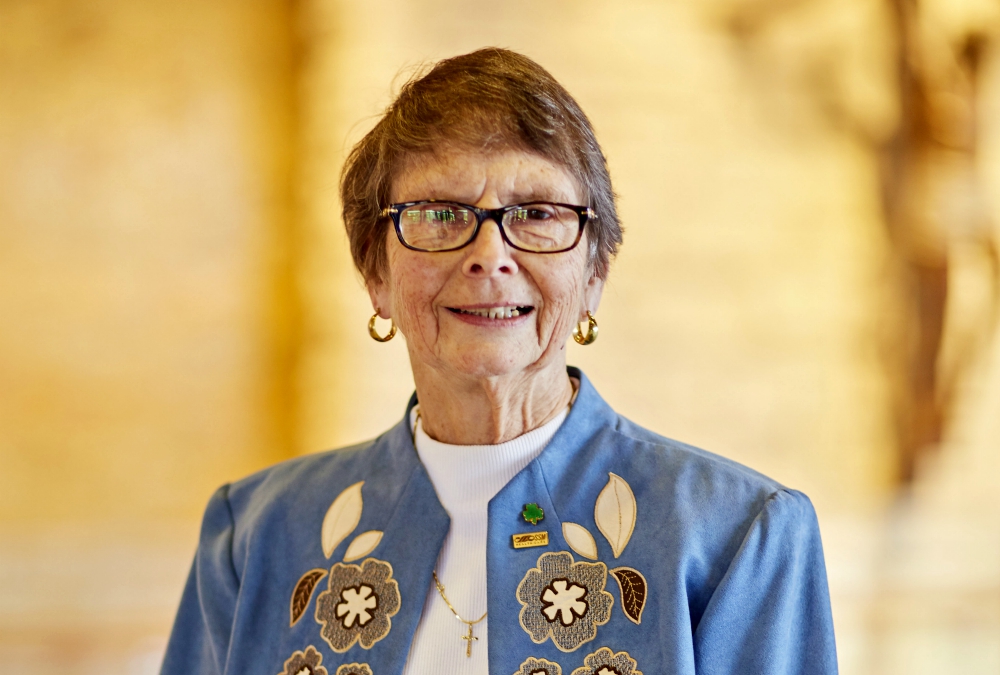 Sr. Mary Jean Ryan of the Franciscan Sisters of Mary still considers herself a nurse. Nearly a half-century after moving from nursing to administration, Ryan, 80, continues to use the lessons she learned in those long shifts caring for patients.

As the first CEO of SSM Health system, Ryan naturally shaped the culture and direction of the organization, which now includes 24 hospitals and more than 40,000 employees. And even though she retired in 2011 after 25 years as CEO, she left a lasting imprint.

The hallmarks of Ryan's work were recognizing every employee's contributions, from surgeon to janitor; her commitment to continuous quality improvement; and her environmental efforts.

Ryan entered the Sisters of St. Mary, now the Franciscan Sisters of Mary, in 1960, a year after graduating from nursing school. She then earned a bachelor's degree in nursing from St. Louis University and eventually became an operating room supervisor. She earned a master's degree in health and hospital administration from Xavier University in Cincinnati in 1974 and served in administration at five of her community's hospitals before becoming vice president of the Sisters of St. Mary Health Care System's governing board. When the system reorganized as SSM Health in 1986, she became its first president and CEO.

GSR: You say this Lifetime Achievement Award really belongs to everyone you've ever worked with. That kind of recognition defined your work as CEO.

Ryan: We don't do this alone. It's a function of having an awful lot of people standing with us in every way imaginable and supporting us in every way they can. These award things we receive are too small to have everyone's name on it, but that's really what has happened: It belongs to everyone. I'm extremely grateful and hope I express that adequately.

And taking it even further, it's a question of, how do you respect the people who come to work every day wanting to do a good job, regardless of what that job is? To not acknowledge them as people, to not acknowledge the work they do, I think there is something not just unfair about it; it's unjust. If we fail to do that, then I don't know why we exist.

The thing that was always so inspiring to me was how committed the people in those oft-forgotten departments actually were. And I saw what that meant to patients: We would do surveys, and the people who were most acknowledged besides the hands-on caregivers were the people from housekeeping who said hello to them, the person from maintenance who made sure the temperature in their room was correct.

And recognizing employees' contributions is incredibly cost-effective because it's free, right?

Yes, and it takes so little on the part of myself or whoever might be in charge to do that. I found it so enjoyable to visit with the people when I went around to the hospitals. It's not like they never heard anything good [from the administration], but I thought it was important they hear it from me. 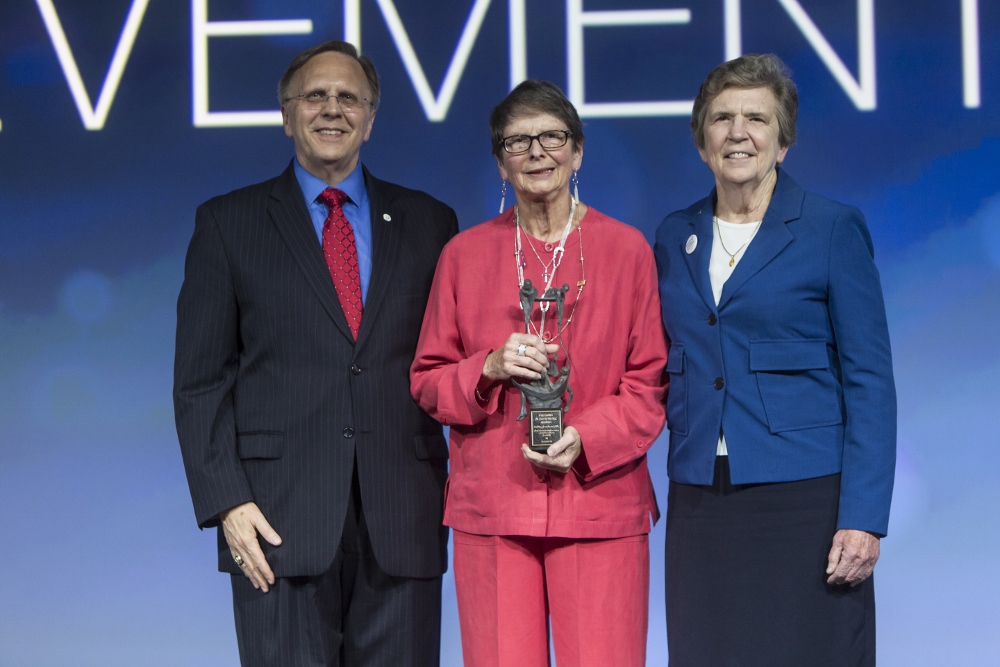 Tell me how those years nursing shaped your career as CEO.

My graduate residency was at a for-profit hospital in California. It was an education that served me well. The sisters' goal was to serve people. [The for-profit hospital's] was to make a profit for the shareholders. I don't think that has changed. There's two places that for-profits should never have been introduced, and that's health care and education.

SSM Health was one of the first health care providers to adopt Continuous Quality Improvement. That seems so logical. Why doesn't everyone everywhere always try to improve?

Because it's so easy to let down your guard. And we've seen that happen. One organization was well-known for the work they had done in quality improvement, and they had a new CEO come in and say, "We're not going to do that anymore." I thought, "That's just crazy." And what do the employees think of that, for the organization to say, "We're not going to constantly try to get better"? It just mystified me. It just made absolutely no sense whatsoever.

On the other hand, when you're in the middle of it, the CEO better be the one that every moment of every single day is saying, "This is what we're about." We will not stop, we will not slow down in any way, shape or form. We have an obligation to serve patients in the best way possible, and we cannot shirk that responsibility. I refer to that as our sacred trust.

You also made a push to get rid of violent language, saying that the words we use matter. It would be easy for some to say that words don't matter and that kind of campaign does nothing but make us feel better about ourselves.

Certainly, some people think about it like that. But take a newspaper article and go through it and find the words that are violent. They're everywhere. When we want a photograph bigger, we say we want to blow it up. I would say if you blow it up, it's not there anymore. What you want to do is enlarge it. You want to capture a market, but if you capture it, what are we going to do with it? Put it in jail?

We say all these words that don't make any sense. We don't even look at it anymore as violent because we are so immersed in it that it doesn't occur to us anymore. It's so pervasive.

The gender things also used to drive me crazy. No matter how many women are sitting around a table at a restaurant, the server will say, "How can I help you guys?"

How much does saying that word get into your thoughts and then into your actions? I just worry that our words have a greater impact than we would even dare to think about.

Ministry | Q & A with Sr. Mary Jean Ryan on running a health care system for 25 years

School Sisters of Notre Dame, Beyond Borders pair up to bring relief to Haiti