Global Sisters Report brings you special coverage during NETWORK's 2016 Nuns on the Bus tour, which started July 11 in Wisconsin, runs through the Republican National Convention in Cleveland, Ohio, and concludes July 29 at the Democratic National Convention in Philadelphia. See more photos day by day, News from the Road blogs and videos from NETWORK Lobby, the sponsor of Nuns on the Bus.

A severe thunderstorm blasted the morning sky over Cleveland on Monday as we boarded the bus for downtown. Sr. Simone Campbell described the streaks of lightning and cracks of thunder as "the sky crying that a national convention is being held here."

I am not sure the majority of Clevelanders are as excited about the Republican National Convention being here as they are about winning the 2016 NBA championship.

Some of the people we are advocating for are the people losing money this week. They are people in need of fair taxes, an increase in living wages, affordable housing and health care. Several businesses in the vicinity of the Quicken Loans Arena will be closed this week; people dependent upon a weekly income will be negatively impacted. Businesses remaining open will be difficult to reach if streets are closed. There will definitely be a crunch in some aspects of Cleveland's economy.

Background checks, security screenings, and extra law enforcement are also building a healthy tab for the city. We, the Nuns on the Bus, trust that all measures have been taken to assure safe passage in, around, and out of Cleveland.

We held our last caucus Sunday evening at St. Leo the Great School in Cleveland. As in prior cities, the problems causing the gap between the haves and the have-nots in Cleveland are a lack of public transportation, underemployment, low wages, unaffordable and poor housing, expensive or no health care, environmental injustice, etc.

Lisa Sharon Harper, chief church engagement officer for Sojourners, has joined us for a few days on the bus. She describes our presence among people as "sacred encounters providing sacred breathing space for the soul." What a powerful and humbling image!

The sun is beaming now. Another sign of God's blessing upon our mission to mend the gaps. Since vehicles cannot go beyond a certain point in Cleveland, we now travel by foot to our base camp at the headquarters of the United Church of Christ.

We call our street ministry today "Lemonade Ministry." Two Red Flyer wagons have been decorated to resemble our bus. As we meet people along the way and offer them a cup of cold lemonade, we are prepared to "listen to stories that need to be told and heard," as Sister Simone  says.

Three questions are being asked:

1. Who do you find it hard to discuss politics with in your family?
2. What worries you about this election?
3. What gives you hope for our nation?

These same questions will be asked at the Democratic National Convention next week in Philadelphia. We trust that what will be revealed is that all of us want the same thing: We want to heal our nation and solve our problems together. We the People, making a difference.

We have become signs of hope for a nation crying with fear, seething anger and bleeding revenge. We are the hands, feet and the voice of Christ in today's wounded world.

With one another, we stand strong in our faith, knowing that God is in each step we take. God is our peace, God is our hope, God is our tomorrow.

[Mercy Sr. Larretta Rivera-Williams is originally from Winston-Salem, North Carolina, where she is coordinator of pastoral care at St. Leo the Great Catholic Church. Since entering the Sisters of Mercy in 1982, she has ministered as an elementary, secondary, and divinity school educator. She has written and produced plays as well as directed and choreographed.] 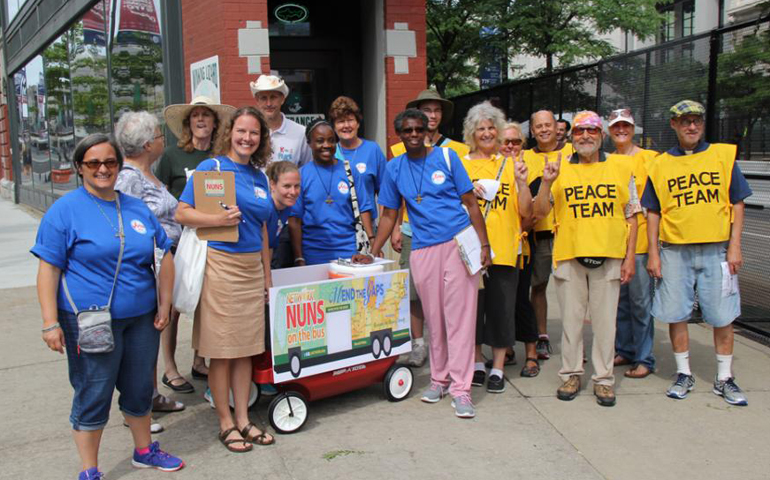 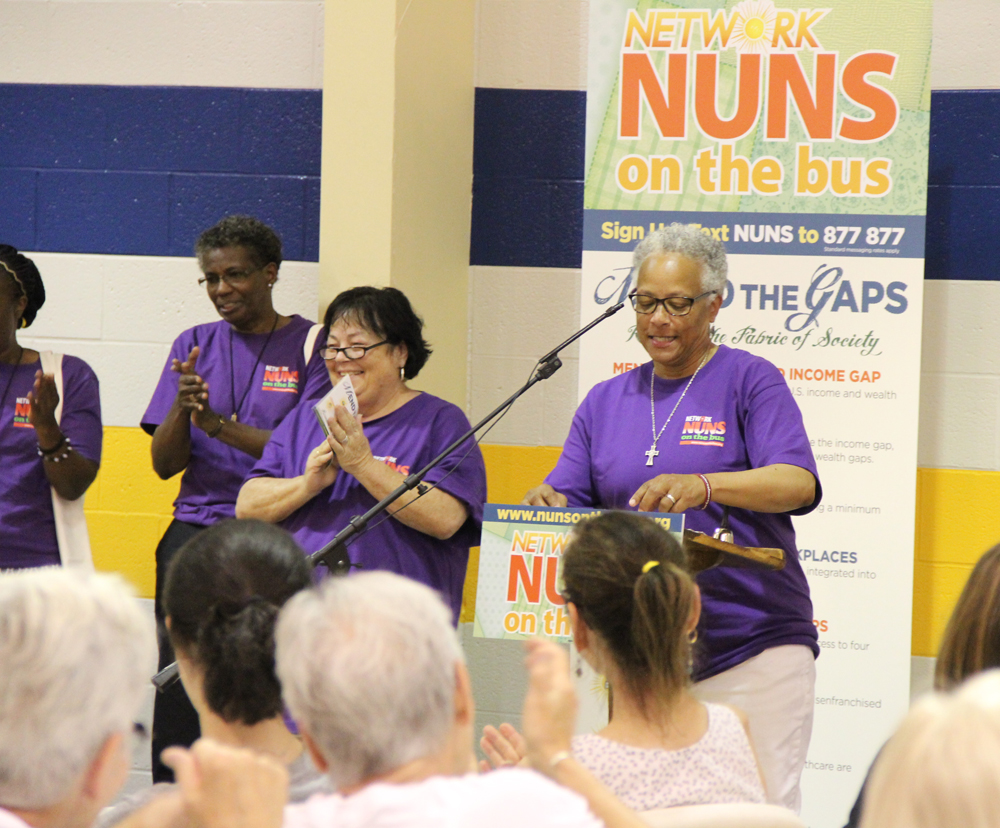