Global Sisters Report brings you special coverage during NETWORK's 2016 Nuns on the Bus tour, which started July 11 in Wisconsin, runs through the Republican National Convention in Cleveland, Ohio, and concludes July 29 at the Democratic National Convention in Philadelphia. See more photos day by day, News from the Road blogs and videos from NETWORK Lobby, the sponsor of Nuns on the Bus.

"Can I offer you a free cup of lemonade?"

There were purveyors of all sorts Monday morning on the streets of Cleveland near Quicken Loans Arena as the Republican National Convention got underway. Most vendors displayed the standard assortment of red, white and blue political hats, buttons, and stickers promoting the Republican nominee, Donald Trump. Others sold products designed to denigrate or ridicule the Democrats' presumptive nominee, Hillary Clinton. Then there were the teams of folks dressed in pink T-shirts offering free hugs.

The Nuns on the Bus, wearing our own blue T-shirts, divided into two teams named "Holy Curiosity 1" and "Holy Curiosity 2" to spread across the downtown area. We were not selling anything or pushing a particular agenda or policy position. Rather, our mission was simply to offer free cups of lemonade to thirsty folks and engage RNC delegates and others in conversation. Each team pulled a red wagon designed to look like our bus that transported our jugs of lemonade.

I must confess that I was more than a little bit nervous when I first heard we would be engaging in street ministry at the RNC. How would we be received? It certainly felt different than visiting service organizations or holding caucus events with more friendly crowds. My nervousness increased as the negative campaigning, hype and possibility of violence at the convention filled the airwaves. Yet as our bus rolled into Cleveland, there was a sense of purpose, unity and, dare I say, joy among us. We were on a mission to bring a politics of inclusion to divided places.

I think it also helped that we were offering something as nonthreatening as lemonade. As Sr. Simone Campbell said, lemonade is something you have on picnics, and who doesn't like a cup of lemonade on a hot day?

Well, it turns out that many people don't. More than once, I held out my little paper cup of lemonade and offered it up to passersby who were not interested. But some did gratefully accept my offering, and each person who took me up on the offer of a cup of free lemonade was also more than willing to let me ask a few questions.

Each sister was equipped with a clipboard, pen and three questions:

1) Who in your family is it difficult to discuss politics with and why?
2) What worries you about this election?
3) What gives you hope for our nation?

I talked to a mix of folks: RNC delegates, Cleveland natives observing the spectacle, vendors, and conservative activists.

I observed a general softening when I told my interviewee that we would be visiting the Democratic National Convention to ask the same questions. As Sister Simone says, the Nuns on the Bus enjoy being "equal opportunity annoyers."

There was certainly a good amount of ideology and partisanship peppering the answers. We were there to listen, not to judge, and I found myself being stretched in a good way as I recorded responses that expressed frustration and fear and in some cases parroted the hateful speech and generalizations that are expressed liberally on conservative talk shows. Most of the answers to the second question about worries were of this variety.

When it comes to our families, there was a lot of commonality. A few people said there is no one in their family or circle of friends that they disagree with, which perhaps helps explain the silo mentality and normalization of extreme views in our current political climate. Most, however, named someone who held an opposite viewpoint, often an in-law, sometimes a parent or child. What I found most encouraging, however, was that more than one person said they were still able to talk with each other about the issues, even if they disagreed.

It was the experience of asking the last question about hope that I found most interesting. More than one person was taken by surprise and unable to immediately answer the question. One man, after a moment or two of quietly looking up, said, "It's hard to answer, isn't it, because it's so experiential."

Everyone eventually was able to find some hope in the midst of our fear-filled political climate. Some answers were again ideological and focused on their preferred candidate's stump speech. But there were other, frequent answers of the genuinely hope-filled variety. More than one person pointed to young people committed to a better future. A number of answers expressed some faith in our nation's values, principles and foundations.

"Our diversity is our strength," one man from Wisconsin told me. "It can be scary, but over time our country will heal based on our strong values." Another from Tennessee said, "We have overcome a lot before as a nation and can do it again."

For that to be possible, we need to bridge the growing political divide. We need to sweeten the sour conversations in our body politic, in our families and in our communities. We need to talk with people with whom we do not normally engage. If we want to mend the gaps and reweave the fabric of society, then we need to move beyond trading barbs, attacks and presumed facts and focus instead on our hearts, probe our fears, and dare to hope for our nation.

[Susan Rose Francois is a member of the Congregation Leadership Team for the Sisters of St. Joseph of Peace. She is a regular contributor to GSR's Horizons column and was a Bernardin scholar at Catholic Theological Union and has ministered as a justice educator and advocate. Read more of her work on her blog, At the Corner of Susan and St. Joseph.] 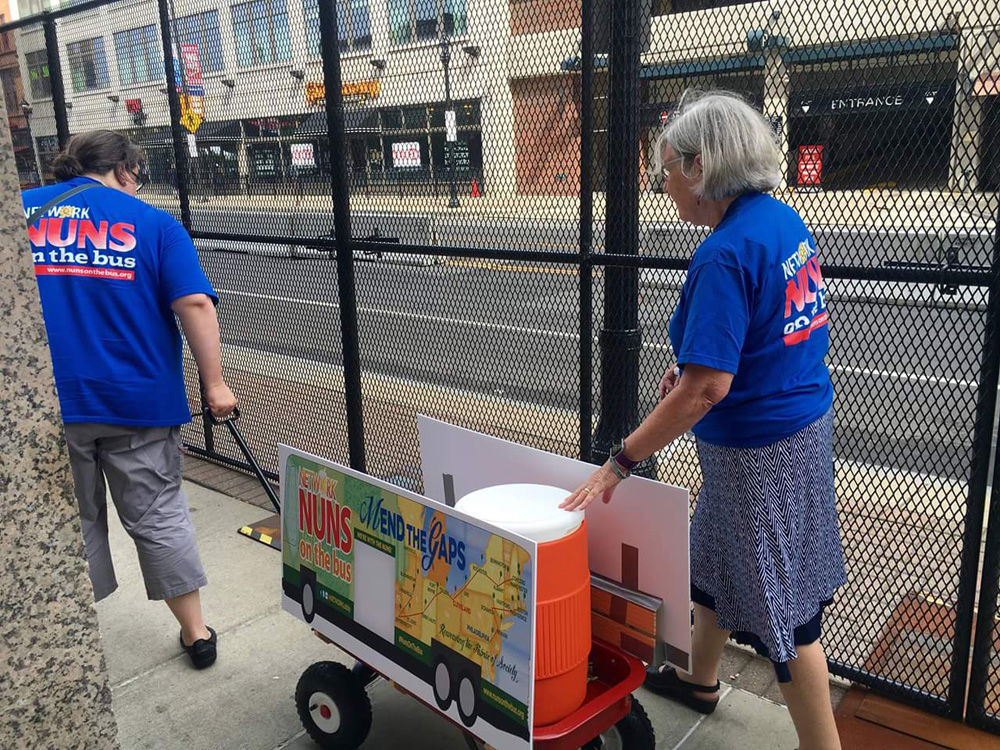 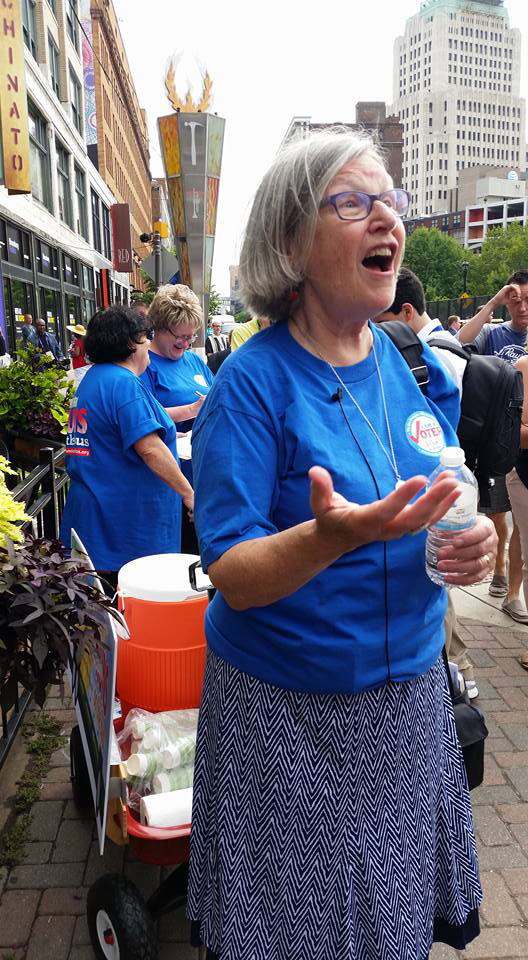