Five takeaways from Nuns on the Bus 2016 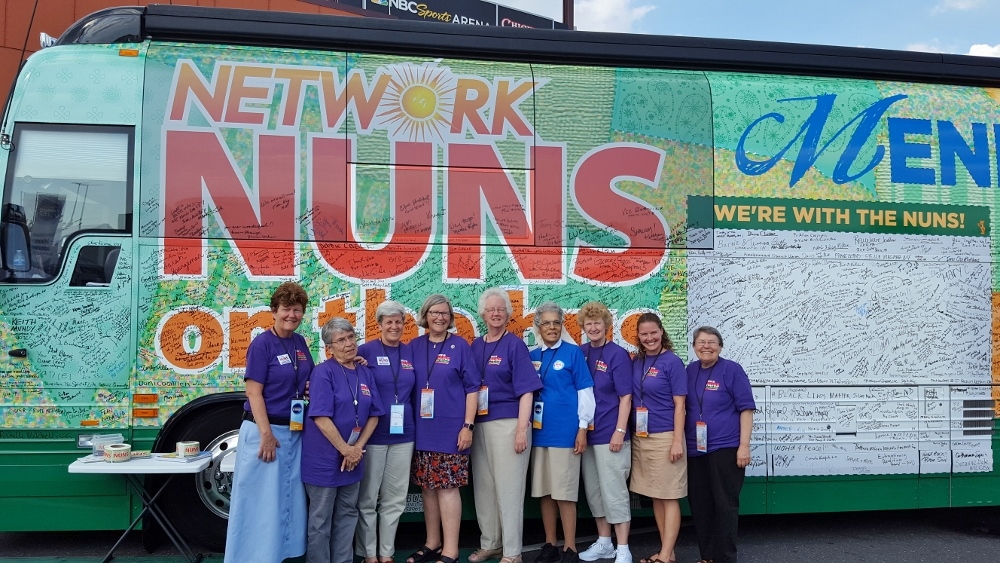 Kansas City, Missouri — Global Sisters Report brought you special coverage during NETWORK's 2016 Nuns on the Bus tour, which started July 11 in Wisconsin, went to the Republican National Convention in Cleveland, Ohio, and concluded July 29 at the Democratic National Convention in Philadelphia. See more photos day by day, News from the Road blogs and videos from NETWORK Lobby, the sponsor of Nuns on the Bus.

Now that I've had some time to rest up and reflect on the experience of the Nuns on the Bus, Mending the Gap tour, I've been able to identify what I consider to be five important takeaways:

1. Creative interventions are needed to shift the conversation, change the narrative and make a difference.

From our experience in our own locales and all along our route, participants in Nuns on the Bus heard heartbreaking stories of struggling families, of stark economic inequality in surprising places, how participation in our democracy is being undermined and how the fabric of our society is torn. Our hearts echoed with hers as Sr. Simone Campbell proclaimed, "We are better than this!" as a country. Everywhere we stopped we met people who ached for change, who know we can be more together.

At the closing ceremony for this Nuns on the Bus trip on July 29, Sister Simone urged us to wake people up to make a difference, saying we couldn't be like Rip Van Winkle sleeping for 40 more years and then wake up wondering what happened.

Sound sleepers require shaking. And we met folks who are creatively intervening to shake things up, to call attention to what's going on; to say we must change.

We learned from Rev. Will and the folks in Buffalo, of their courageous, risk-taking efforts to intervene in the local arena to call for racial and economic justice and full participation by all in the life of the community. From Moral Monday Connecticut, we heard the importance of being pro-active, occupying significant spaces such as intersections or interrupting forums to shift the conversation.

And who can forget the rousing speech by Moral Monday founder Rev. Dr. William Barber II at the Democratic National Convention which brought everyone to their feet? Calling for a revival of the heart of our democracy. Calling us all to be "moral defibrillators to shock our nation" with the power of love, mercy and the fight for justice for all!

2. Individualism is an 'unpatriotic lie'; community is vital.

Individualism is tearing us apart, Sister Simone proclaimed numerous times and only community can reweave the fabric of society. All along the way, in every city we witnessed the power of community gathered — at every site visit, caucus and rally. We saw its healing power at Integrity House, Elmwood Gardens, McAuley Village and St. Joseph Neighborhood Center.

It was in the community that we experienced what it meant to be members of the body of Christ. We knew deep down that the bedrock of our country lies with "We the people."

And, I'm convinced more than ever that building community is the only way forward. 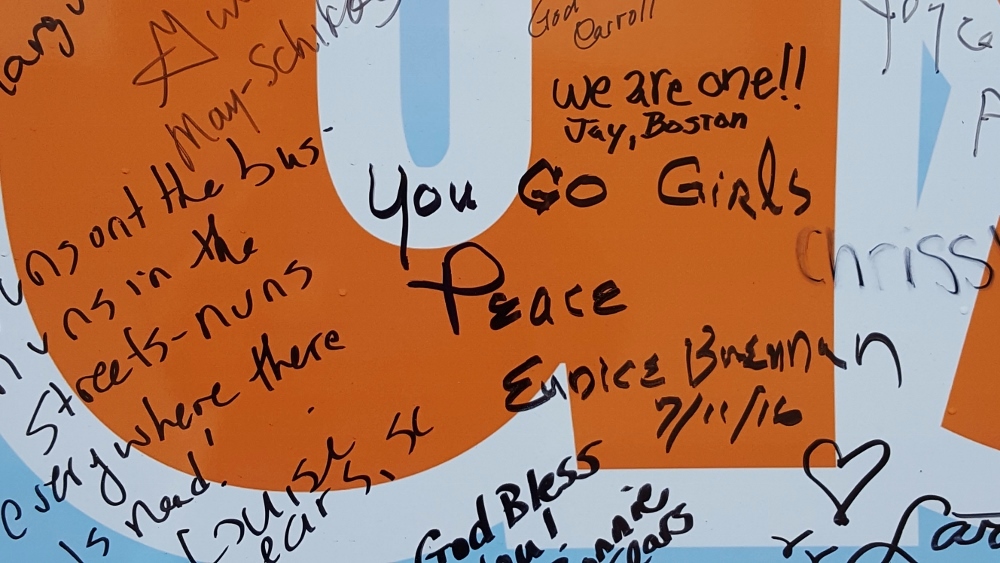 Messages of support on the 2016 bus, collected from people in 23 cities where the Nuns on the Bus stopped this year. (GSR photo / Jan Cebula)

At every event, courageous people got up and told their story: immigrants, low-wage workers, single mothers. Who could not be moved by their passion? Or inspired by their uplifting spirits?

Not too many years ago, this wouldn't have happened. Others would have been telling their stories. But making the connection between the people impacted by policies and their allies has been transformative. I still recall how Michael, part of Friends of Night People in Buffalo, teared up when he told us how relationships with the people on the street had transformed his life.

But personal relationships are not the only transformational connections we witnessed. Making the connection between charitable activities, government policies and systems is key to making necessary changes. And as we learned about the efforts of people in each city, we saw the value they placed in forming coalitions.

. . . where we sit on the sidelines and cheer, Sister Simone kept emphasizing at our stops. We the people cannot be "couch potatoes".

We each need to do our part to reweave the fabric of society, to make our democracy strong. It's not going to come from the top down; it will have to come from us.

5. People are hungry for hope, for social justice.

We stopped at a variety of places, some Catholic, but others not. People of various faiths, or none at all, gathered. Also a diversity of ages and ethnicities. We gathered around common values, common dreams and common desires.

But all knew we Nuns on the Bus are grounded in faith. A T-shirt we spotted in Buffalo summed it all up for me: "The church has left the building!" Hooray!

What an experience! What important lessons to take away! 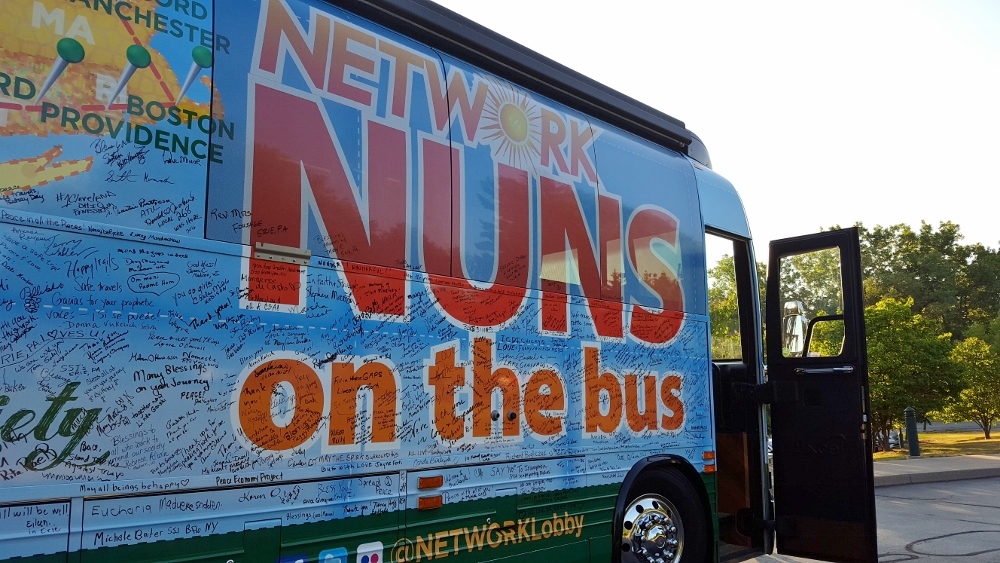 By the end of the 2016 trip, the bus was covered with signatures and messages of support. (GSR photo / Jan Cebula)

Five takeaways from Nuns on the Bus 2016