Lessons from microgreens: How to sprout a healthy future 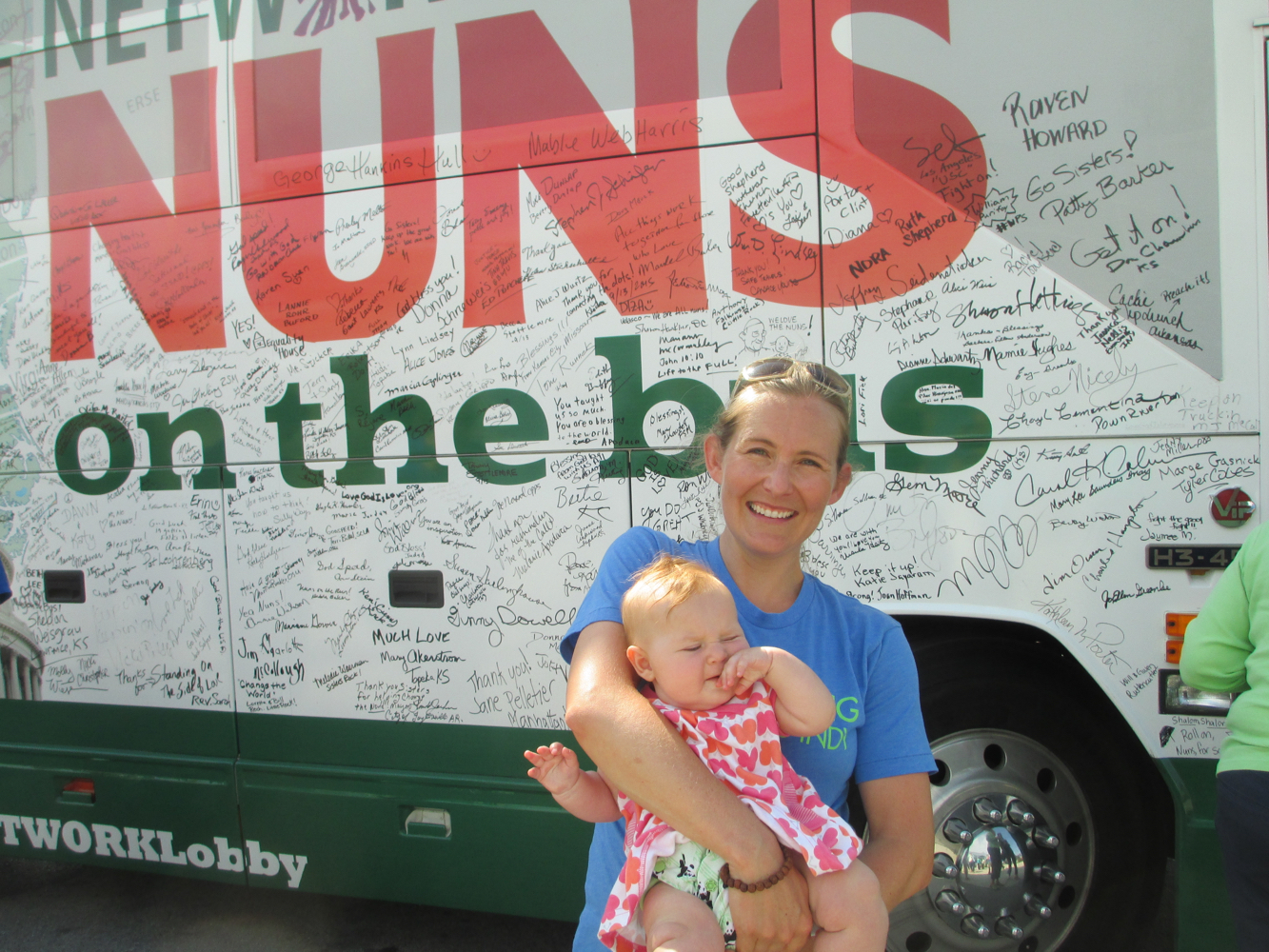 Indianapolis, Indiana — Riding the bus and stopping along the way we’re getting a close-to-the-ground view. I’m a big picture type of person by nature, seeing the massive divides, seeking large solutions. Sometimes I miss what’s right before my nose. No doubt this affects how I usually think. I never expected microgreens to teach me about change.

I wasn’t aware of microgreens until we were introduced to them on our stop at the Chase East Side Legacy Center on Day 9 of the 2015 Nuns on the Bus tour in Indianapolis. Growing Places Indy operates a garden site on the property of Arsenal Technical High School which has the lowest matriculation rate in the state. It’s located in a food desert, in an area where the poverty rate reaches 50 percent. Right next to it is the Chase Near Eastside Legacy Center, which opened in 2012 and was partially funded by the NFL when the Super Bowl came to Indianapolis.

Not only do they grow fresh fruits and vegetables there, they also connect people with Earth and one another. “People are disconnected from their food source,” Laura Henderson, the executive director explained, “which is a major factor in the increasing rates of health problems like diabetes and obesity. We’re bridging that divide.”

Laura described their integrated approach: offering yoga classes; educating about how to grow, store and prepare fresh produce; sponsoring after school programs and summer internships for youth. It was evident that they are focused on the well-being of the whole person and the community. Young people come there wanting to reconnect with the Earth and end up finding themselves, Laura explained. As she showed us around, I realized I was having another immersion experience into a microcosm of the “integral ecology” Pope Francis is talking about in Laudato Sí! 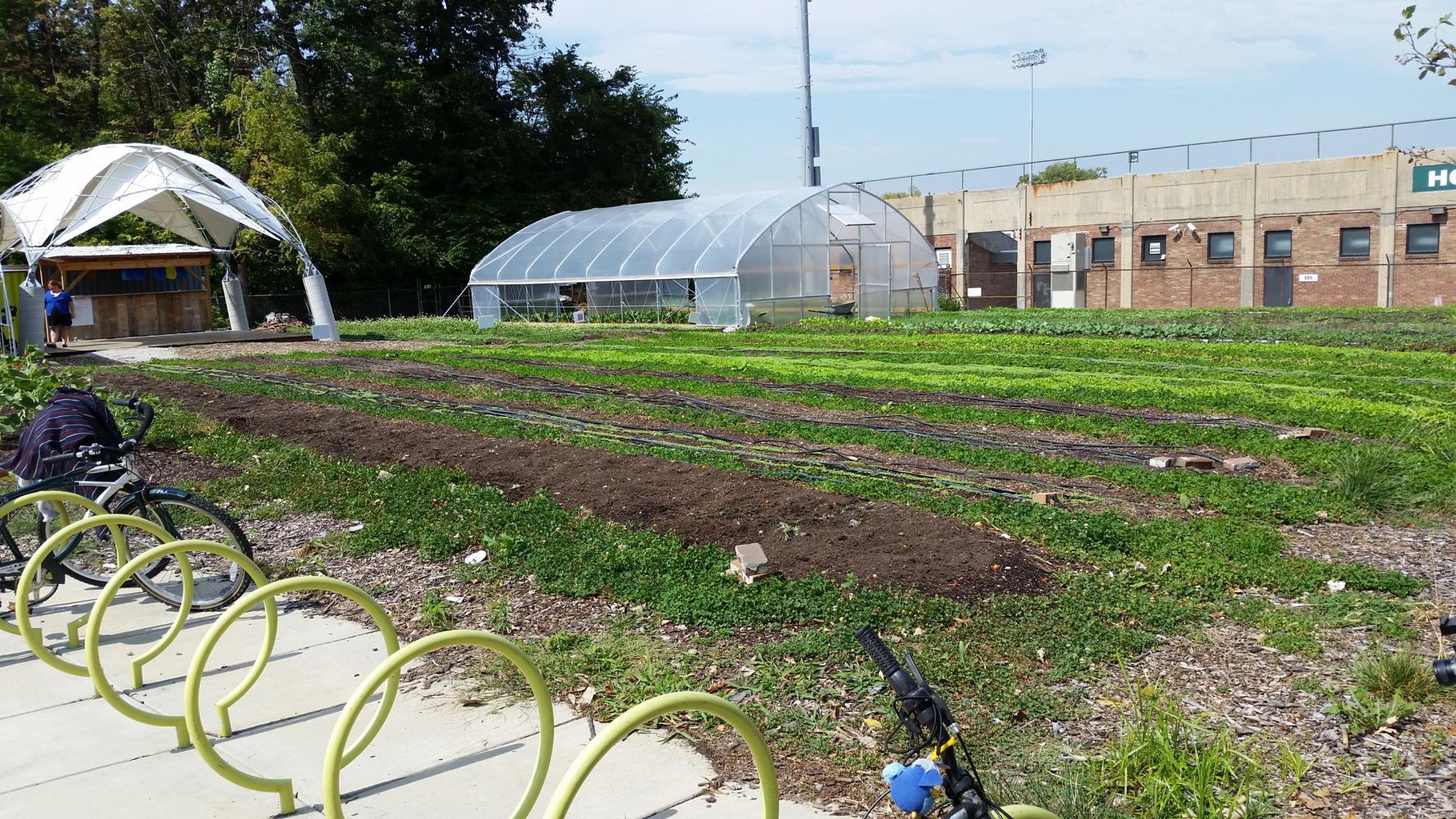 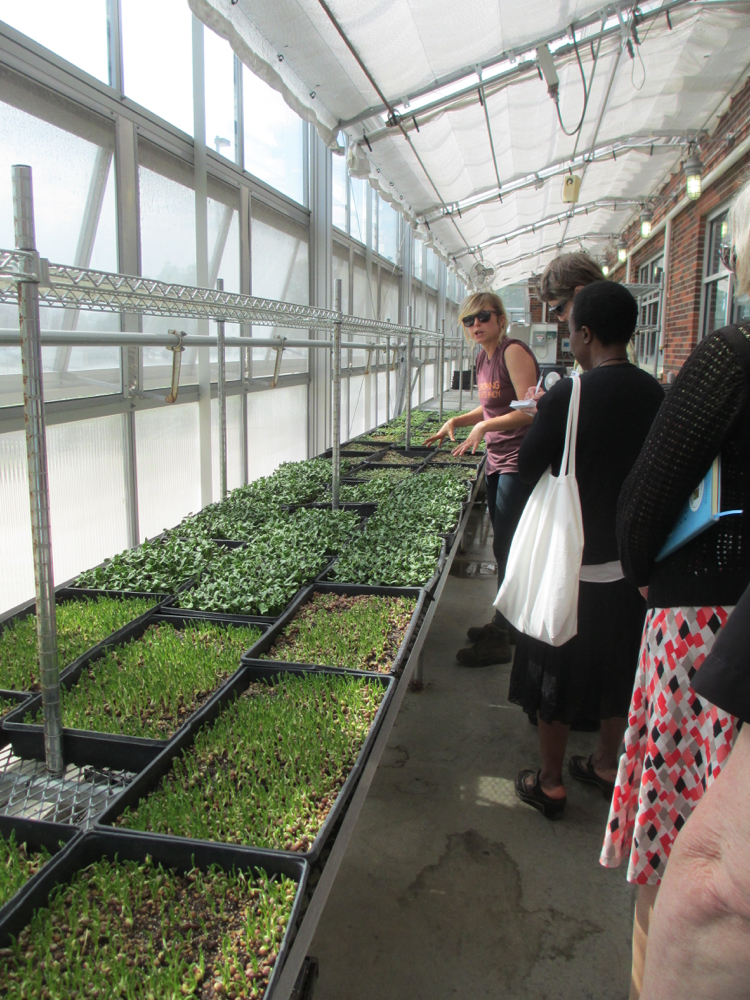 As we walked through the greenhouse, farmer Kate Franzman told us that the microgreens (tiny sunflower, radish, kale and other sprouts) growing there are very healthy to eat, rich in nutrients. And with the revenues gained through their sale to 35 local restaurants, the microgreens also nourish Growing Places Indy’s educational programs.

All along our route we’re learning that the way forward to a healthy future is sprouting up. We’ve seen locally grown “microgreens.” They may seem small, but they are nourishing change in their communities.

Thistle Farms in Nashville and Growing Places Indy in Indianapolis are developing holistic, integrated programs. I think of them as models for fostering healthy eco-systems.

St. Thomas Aquinas Catholic Church and School in Indianapolis is investing in the future by involving their youth. The sixth graders greeted us, hosted us, interviewed us and spoke at the town hall meeting. The school intentionally focuses on Catholic social teaching. 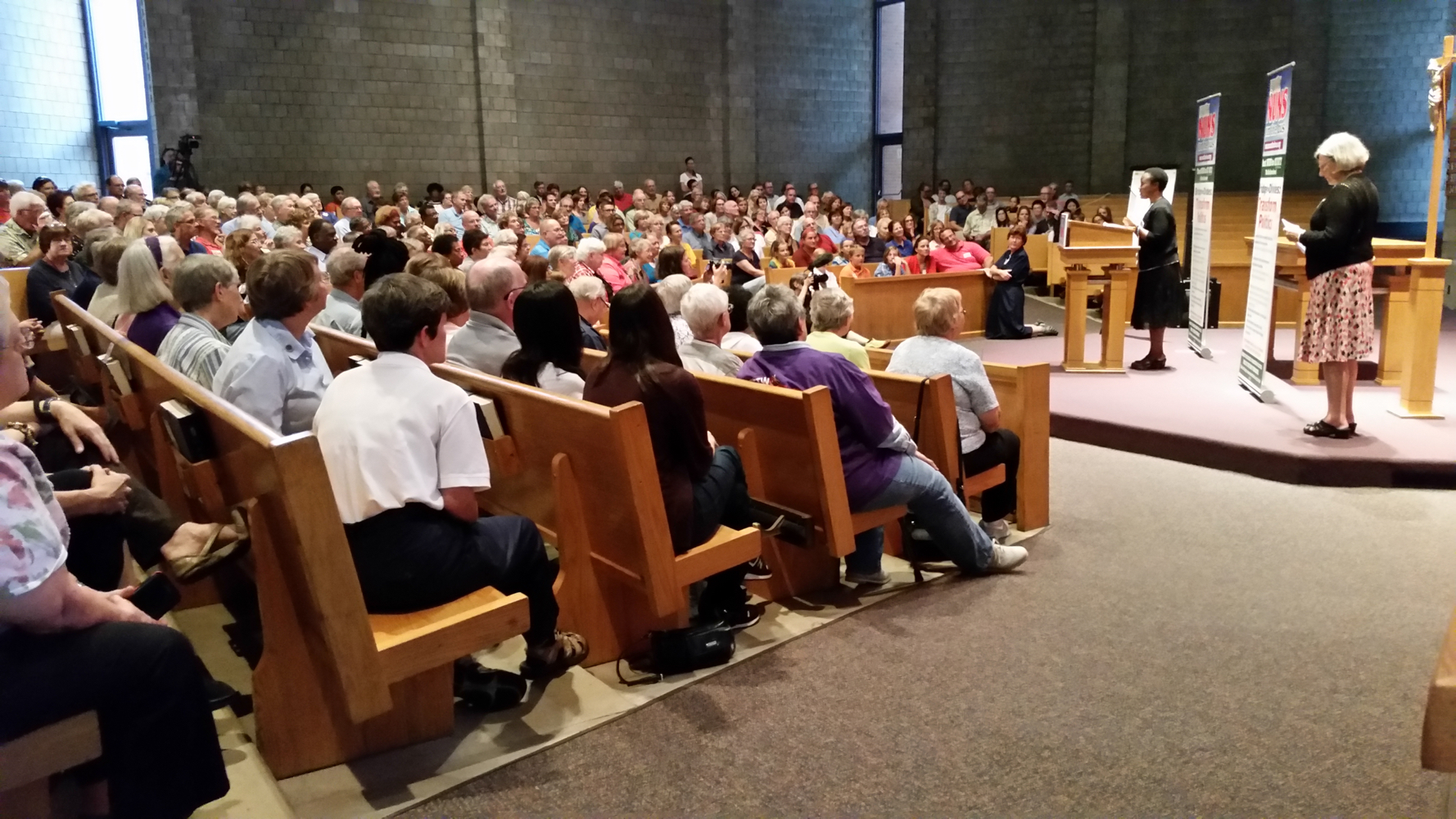 Folks in Evansville recognized the importance of community organizing to bring about change and have formed Congregations Acting for Justice and Empowerment (CAJE) with members from several religious denominations. They advocate for such issues as affordable housing.

At several town hall meetings, people spoke about the need for more opportunities where important conversations with one another can take place. In Cincinnati, after hearing a mother describe the problems she’s having getting services for her adult daughter who has a disability, another mother whose daughter is autistic offered to help her advocate.

At every town hall meeting people recognized the need to cross boundaries and encounter people that they ordinarily don’t associate with, particularly those of other races and ethnicities, abilities and lower incomes.

In Yellow Springs, Ohio, the World House Choir hosted us and sang for us. They minister through their beautiful music about justice and care of earth, which both lifts hearts and inspires action. And the interracial, intergenerational and interdenominational membership sends its own message.

Sr. Simone Campbell reminds us at the end of every town hall meeting that we are members of one body; we all need to do our part. And that it takes “We the people” to form a more perfect union.

As we Nuns on the Bus carry with us to D.C., the stories of the people we encountered along the way, we’ve also gathered some “microgreens” that nourish change.

[Jan Cebula, OSF, is liaison to women religious in the United States for Global Sisters Report. She joined the Nuns on the Bus Sept. 16 and will be riding with them all the way to Washington, D.C. Sept. 22.]

Lessons from microgreens: How to sprout a healthy future