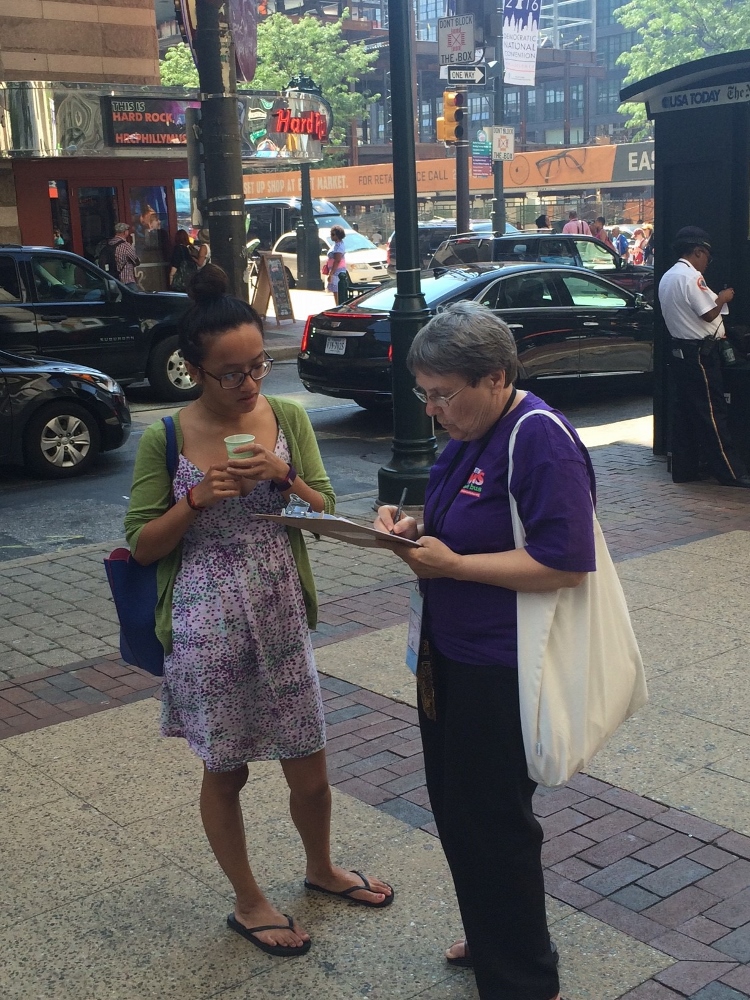 Franciscan Sr. Jan Cebula, right, takes notes while talking to a person who received some "lemonade ministry" on the streets of Philadelphia. (Provided photo)

Philadelphia, Pennsylvania — Global Sisters Report brings you special coverage during NETWORK's 2016 Nuns on the Bus tour, which started July 11 in Wisconsin, runs through the Republican National Convention in Cleveland, Ohio, and concludes July 29 at the Democratic National Convention in Philadelphia. See more photos day by day, News from the Road blogs and videos from NETWORK Lobby, the sponsor of Nuns on the Bus.

The sisters who are in Philadelphia, Pennsylvania, with Social Service Sr. Simone Campbell during the Democratic National Convention are busy hosting workshop "caucuses" Tuesday through Thursday. They have been meeting with voters, doing their "lemonade ministry" asking people what is already good about the United States. They've been able to get passes to the convention itself, witnessing speeches that are making history.

There is a NOTB closing ceremony tomorrow, July 29, in the morning. Here are some recent photos from GSR's Francisan Sr. Jan Cebula, who has been with the Nuns on the Bus since July 19. 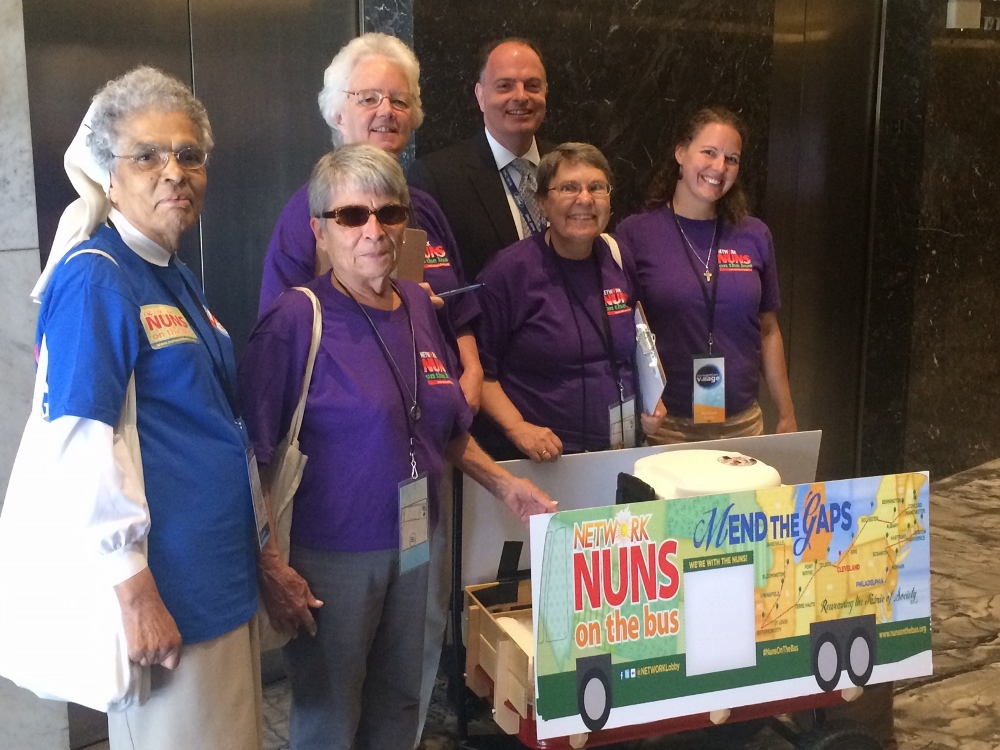 Getting ready to hit the streets with "lemonade ministry" in Philadelphia. (Provided photo) 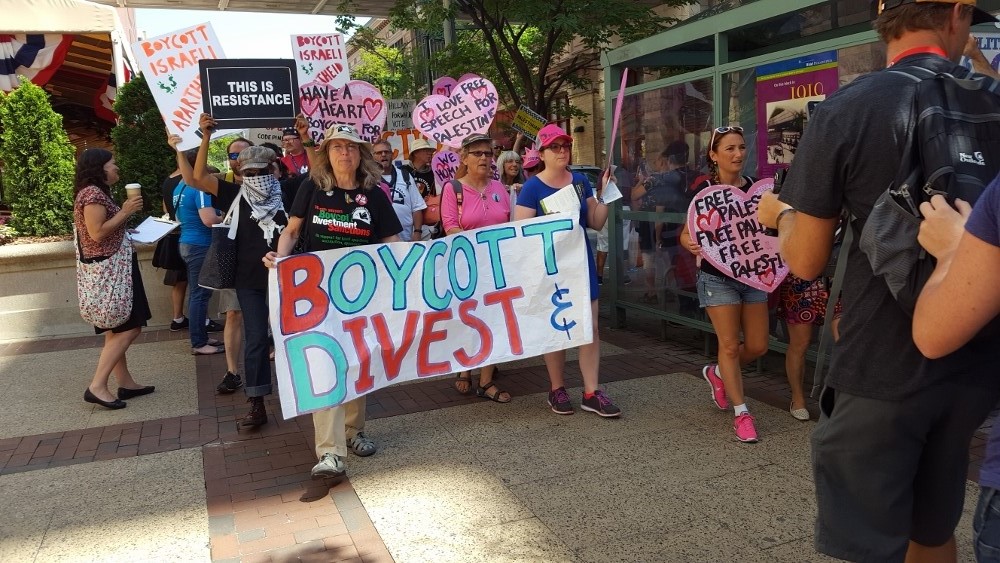 A demonstration July 27 on the streets of Philadelphia, where the Democratic National Convention is being hosted and is drawing political attention. (GSR photo / Jan Cebula) 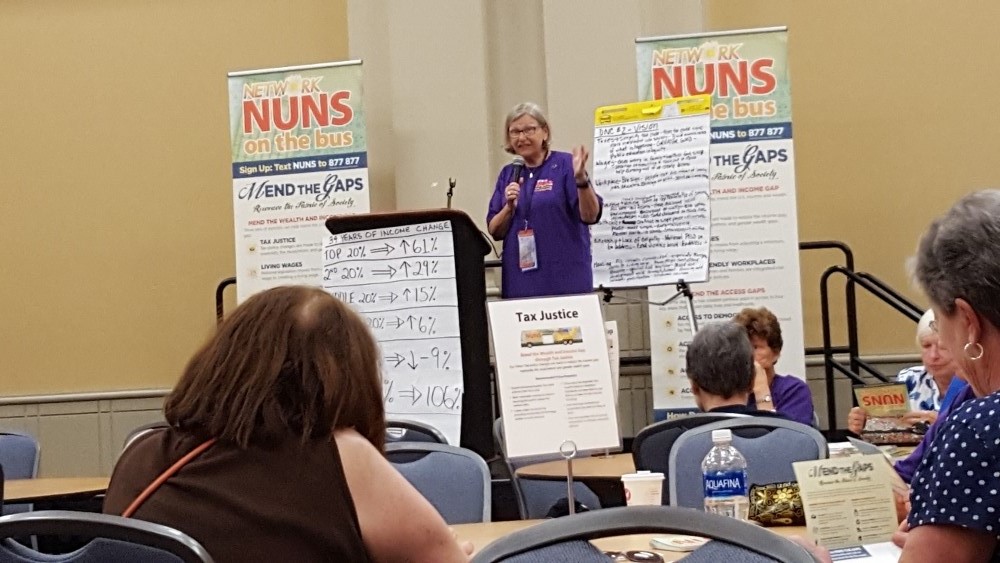