We’ve been gathering around tables as we move from town to town, engaging one another in conversations about what concerns us, what is important for our democracy and how we might move forward together.

Significant things happen around the tables in our lives. We share our stories, renew friendships, play games and are nourished. Carry on business, make decisions, broker deals.

On Day Three (Sept. 19), Nuns on the Bus hosted two of what they are calling "Town Halls for the 100%" - one at the Americans for Democratic Action in Waterloo and another at St. Patrick’s Catholic Church in Dubuque. Over and over again as we travel, we hear the concern about who is being left out, left behind in our country. Concern over income inequality comes up time and time again. And the influence of big money in the political process. It’s about who is not at the table.

We need to pull up some more chairs, expand the table. “We need 100 pecent at the table” is the recurrent refrain of Nuns on the Bus. We need all of us at the table, not just the 1 percent or just the 98 percent. We need those without and those who are rich. We need each other in order to figure out the way forward. But, as Sr. Simone so eloquently says, “If you have lots of money, we ask that you leave your money bags at the door. You can’t buy the table. It belongs to We the People.”

Polarization is a growing concern. Can we even sit around the same table? As we travel we are hearing about the increasing isolation, the need for interaction and conversations with those of differing opinions.

And how difficult that has become. Within the lament lies a desire for it to happen. Where can we set this table?

When thinking about who is or is not at the table, on Day Three, I was especially conscious of the youth and immigrants.

We heard from Logan, a young man in Waterloo, who stepped up to share his story and said to us all, “We’ve all been waiting for someone to step up and take over the movement but it’s up to us.” We the people.

I talked with some young women who are students from Clarke University. They eagerly pledged to vote and signed the bus. We need their enthusiasm. Yet, at the town hall meeting we heard from a young woman who told us that before she was old enough to vote she was so eager to become involved she volunteered for a campaign. However, after experiencing the tactics she no longer wants to have anything to do with it. And in Sioux City we heard from a young woman who at age 10 wanted to become president of the U.S., took an internship in Washington at age 19 and was turned off by what was going on. In pained me to hear this. The youth are our future. They need a table around which they want to sit.

We visited the Lantern Center, operated by the Sisters of Presentation in Dubuque. They assist new immigrants in learning English and provide other support services for them. Rosa shared her story of feeling isolated, alone when she first came to the U.S. Being welcomed at the Lantern Center enabled her to build her self-confidence. She proudly declared that she is now a citizen and will be voting for the first time.

The hospitality of the people at the center is what changed her life. They welcomed her to the table.

So let’s round the table to include the 100 percent. Let’s welcome one another and gather ‘round. It’s up to us. We are the people. 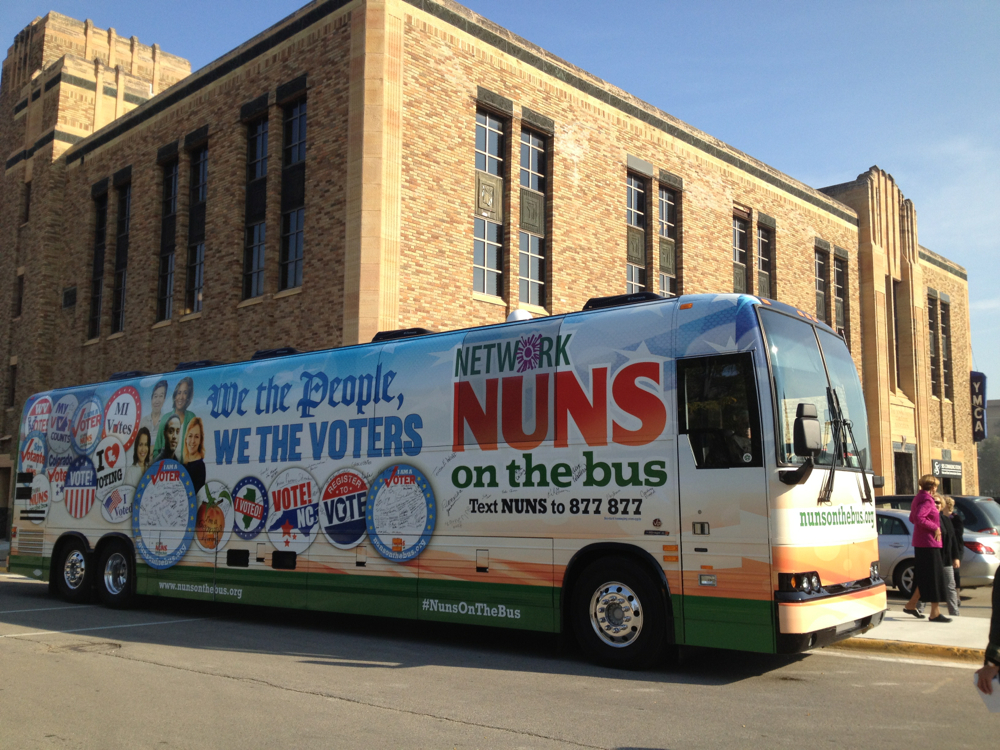 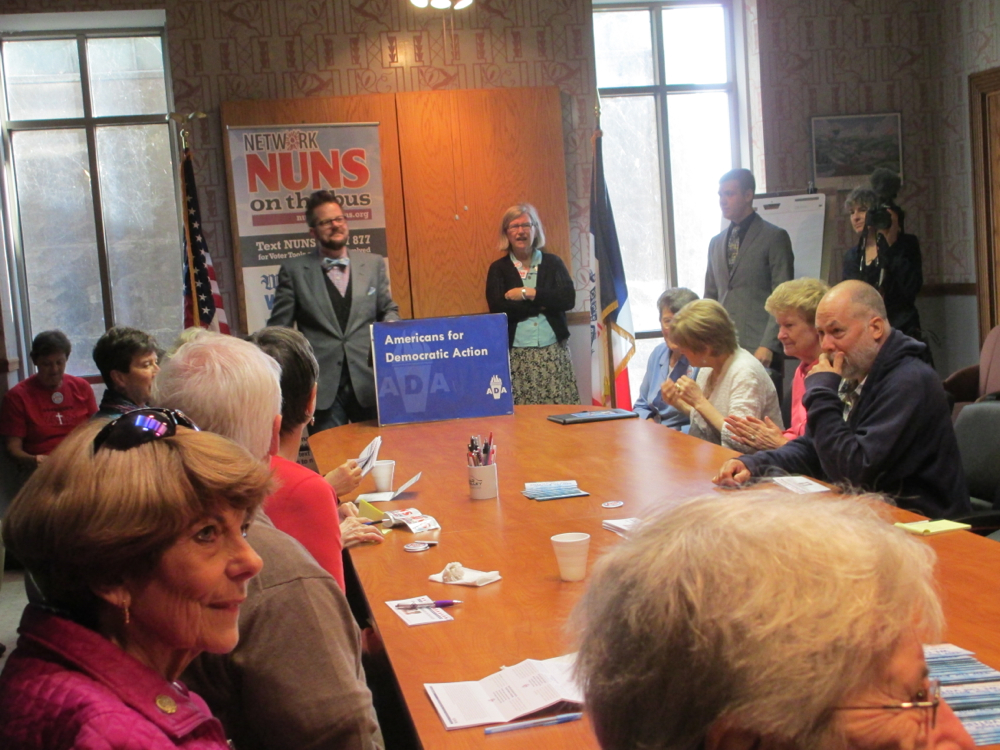 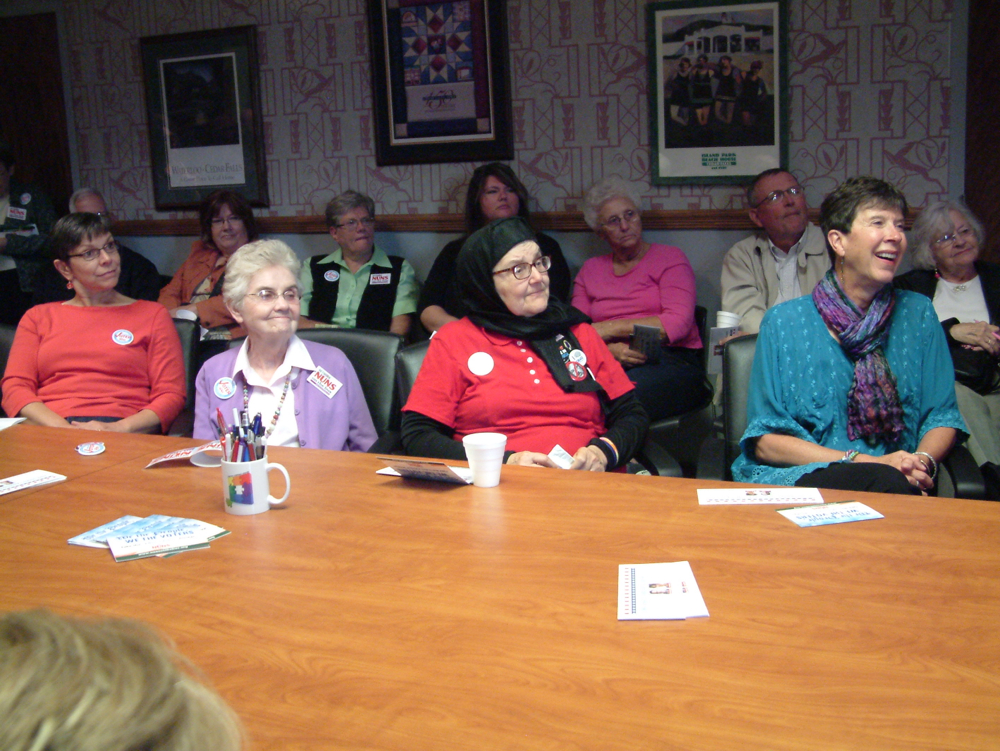 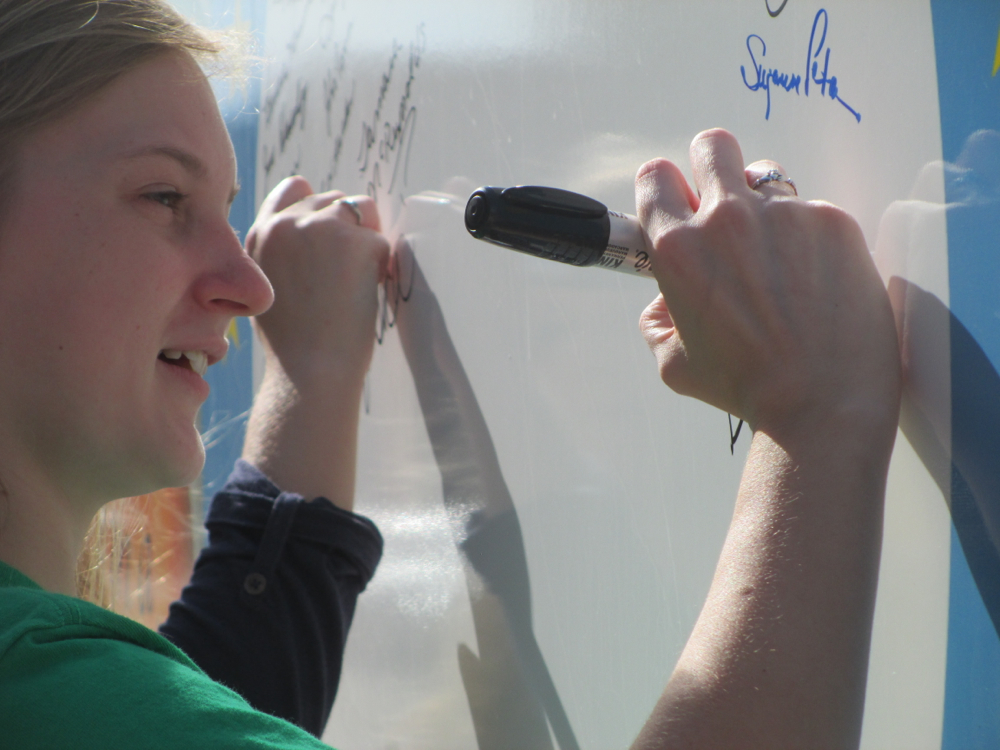