These words from the preamble to our U.S. Constitution, which by the way I learned to sing as a child from an animated "Schoolhouse Rock" cartoon on Saturday mornings, were in my head and heart upon waking this morning in a simple convent room at the motherhouse of the Springfield Dominicans.

"We the People of the United States, in order to form a more perfection union, establish justice, insure domestic tranquility, provide for the common defense, promote the general welfare, and secure the blessings of liberty to ourselves and our posterity. . . ."

As I said, I learned to sing the preamble as a child and these words are indeed music to my ears. During my morning prayer I found myself wondering, just as I often do with the words of the Gospel, what if we actually lived them?

We also met people who are not necessarily struggling themselves, but whose hearts are moved to act for justice and with compassion to mend the gaps and reweave the fabric of our society. They are advocates, immigration attorneys, volunteers in the local prison, social workers, friends, family members, neighbors and pastors. They are every day good people. Goodness is a word that has already peppered our prayer and conversations on the bus.

We the people. One thing that Sr. Simone Campbell has been telling folks on the road is that if we the people created this mess, then we the people can get ourselves out of it. People are struggling because of the policy choices we have made as a people, or that our elected representatives have made on our behalf.  What we need are policies which instead begin to mend the gaps and invest in the welfare of all the people.

Last night during our caucus in Bloomington-Normal, I was lucky enough to sit around a table with some of these good people and discuss ways to mend the wealth and income inequality gap through tax justice. Now, I will be the first to admit that taxes are not usually the most exciting conversation topic, and yet last night I was moved and inspired by the passion with which these folks talked about the desperate lack of funding for needed services in their community. As tax payers and neighbors, they shared a common concern for the way our social safety net has been frayed and the future long-term health of our communities ignored in favor of short term profit and gain.

"We must regain the conviction that we need one another, that we have a shared responsibility for others and the world, and that being good and decent are worth it."

Those words are not from the Constitution, but rather from Pope Francis in Laudato Si'.

The folks I met at the caucus were the embodiment of that simple statement. I suspect the folks I meet today on the road in Springfield, Illinois, and Jefferson City, Missouri, will be further signs of hope for ways we can reweave the fabric of our society.

We the people are in this together.

[Susan Rose Francois is a member of the Congregation Leadership Team for the Sisters of St. Joseph of Peace. She is a regular contributor to GSR's Horizons column and was a Bernardin scholar at Catholic Theological Union and has ministered as a justice educator and advocate. Read more of her work on her blog, At the Corner of Susan and St. Joseph.] 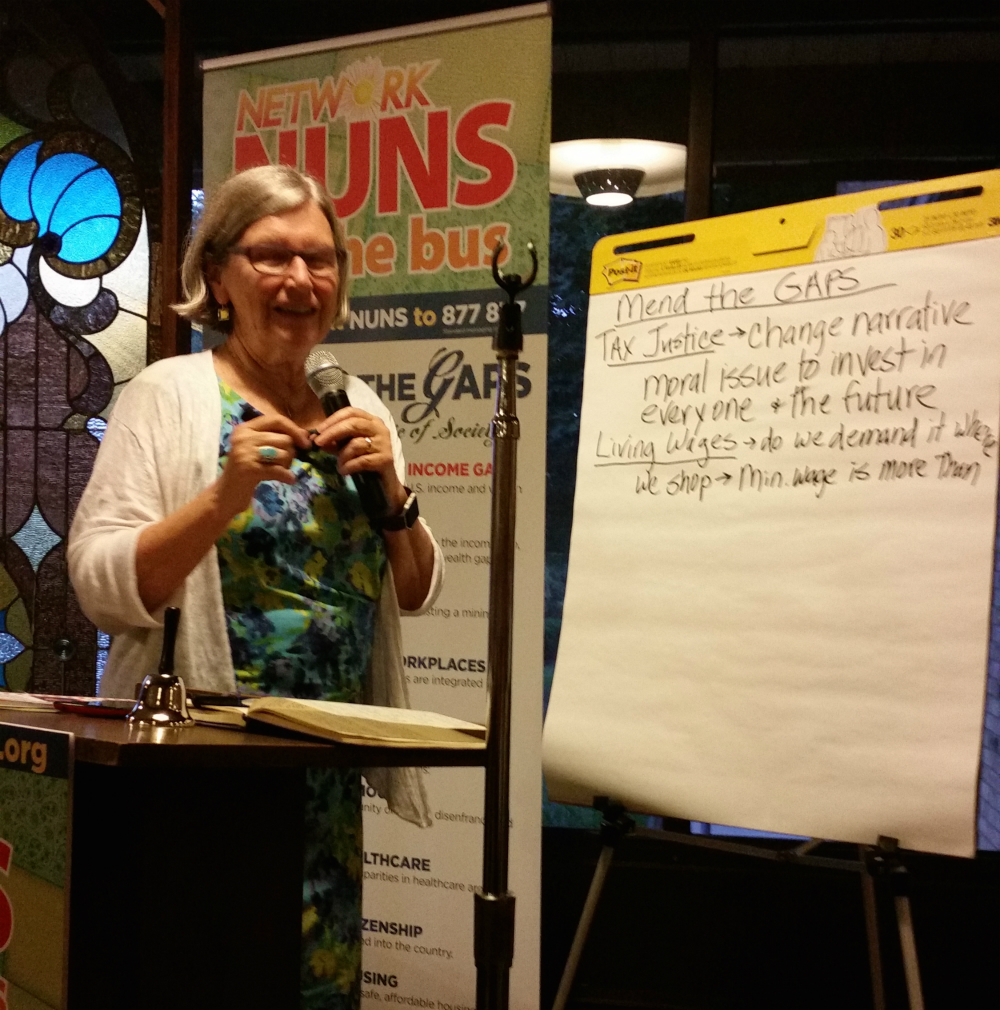