In Juárez, Mexico, where cartels have left families mourning loved ones and women fending for their families, the Centro Santa Catalina provides opportunity for about 20 women to utilize various creative and management skills to help them generate a survival income.

When farms throughout Mexico started closing after the North American Free Trade Agreement came into effect in the late 1990s, men migrated into the cities to find work.

"The men couldn't get jobs because they had a sixth-grade education and weren't used to living in the city," Dominican Sr. Maureen Gallagher said. "The women stayed at home with the children, and sometimes there wasn't enough money for food."

The "colonia" where the women live, Colonia Pánfilo Natera, is built on what was once the city's garbage dump, with homes constructed out of scrap materials; many lack electricity, water and basic city services. For most of these women, Centro Santa Catalina is their only source of income.

As the marketing director for the sewing cooperative across the border from El Paso, Texas, Gallagher helps the women sell their projects, including aprons, table runners, purses, shawls, laptop holders and "Mexican prayer flags." In addition to the sewing co-op, the center also provides tutoring, spirituality classes and a garden for the women to grow and share vegetables.

Gallagher: It was started by Sr. Donna Kustusch, an Adrian Dominican sister, and she started it in '96 or '97. She was a professor in the religion department at Sienna Heights College, and she had decided she had to walk the talk. She brought students down for immersion in Ciudad Juárez and later decided that's where she'd start her ministry — helping economically poor women. That eventually led to a prayer group with some of the women, and from the prayer group, the center developed for women who were mostly migrants from the rural areas.

Sister Donna said, 'Aside from praying, what can we do to help you?' They said they really needed money, so they decided to start a co-op.

The idea was that they would have a business and be able to stay in Mexico — which is what they wanted to do — and support their families and have a decent life. At this time, the co-op has its own president, vice president, secretary, and they make their own decisions. The only problem is with selling the products, because we have to sell them in the U.S., and the women don't speak English. And only five of them have visas, but they can only go 40 miles within the U.S.

I'm the marketing director, and [along with two other sisters] we help them find places where they can sell. If we have a place in El Paso, then women come and sell things themselves so they can learn the process. Right now, we're trying to make the co-op independent, so that they run the co-op, take care of all the money they get, and continue it on their own once we leave [ideally by 2020].

Tell me about other programs offered at the center.

In Juarez, there aren't enough schools for the children in elementary grades — they go either in the morning or afternoon — so we've trained 10 women to be tutors. The nice thing about that is most of them got their GEDs through the center; we paid for them to get it.

This past year, we hired a director — the plan was for a Mexican woman to take over the center so that it would be owned and run by Mexicans. We hired a director, and through her intercession, we've been able to send the tutors to a class where they are now certified teacher aides, so if something should happen to us or to the center, they have a skill they can market.

We also have a youth program for teenagers, and we're starting a garden program, and the idea is that that eventually becomes a co-op for them to share vegetables.

We don't charge the families anything to send their children to tutors; it's a two-way thing. They're getting help with their homework, but they're also being kept off the streets while their parents are working.

All the money goes into a bank, and at the end of the month, they have to decide how much money they need for repairs, new products and materials. Then they share equally what's left over with the 18 women that make up the co-op. Average is $160 [U.S. dollars, per person] when you don't have a big sale, and that's really just for survival. As marketing director, I try to find more places for them to sell.

Tell me about the women you work with.

Juarez was a place where two cartels were fighting, and during that time, it was around 2010, every one of our women in the co-op had either a relative or a family member killed. It was total anarchy.

Many of them are battered women. One of our women in the co-op has four or five children and just left her husband. She had left him before, but she financially couldn't continue, so she invited him back. When the co-op started picking up and we were getting more money, she felt she could get rid of him again, so she kicked him out of the house. She had to get another job in a factory, so she works two jobs. He put her in the hospital five years ago because he beat her so badly.

Of the 18 women, I know three of them definitely can't read or write. One is now the vice president of the co-op and the mother of five children.

Another one who came to the co-op, Victoria, was there for a three-month trial period to see if she can sew. She couldn't do anything, but the women didn't want to let her go because she had no income. She was a widow, and her children had all moved back with their children and were really taking advantage of her. So the co-op hired her as the ironer, and she's the world's best ironer. She can't read or write, but the women try to help her. They have that community spirit of helping one another.

I've seen the women grow unbelievably. We went through a bad time at the center, when a woman got angry at our director, Rosa, because Rosa had bought heaters for the classrooms. This woman thought they should've gotten the money in their salary instead of the heaters, and a group of women had locked us out of the center.

But while we worked with the [El Paso and Juáurez] dioceses and lawyers, the tutors and co-op members who didn't turn against us took it upon themselves to continue the center [for kindergarten classes]. They were able to find a house that they rented and got donations of chairs and tables from neighbors. When we came back to tell them what we had figured out, they said, 'Well, we have a house, and we're going to continue' [holding classes there until the end of the school year]. They could not have done that five years ago. We looked at them as they grew in confidence and authority and ability to take hold of their own lives, which is absolutely amazing and confirming that what the center had done was help these women grow.

How has this work changed you as a person?

It's helped me understand other people and other cultures. I had a hard time learning Spanish because I ministered for 40 years in Chicago, so my background had no different cultures — it was just Chicago, Chicago, Chicago. But then I came down here, and I learned the Mexican culture is a beautiful culture, and I picked up many things, like hugging people — that was not part of my background in Chicago. 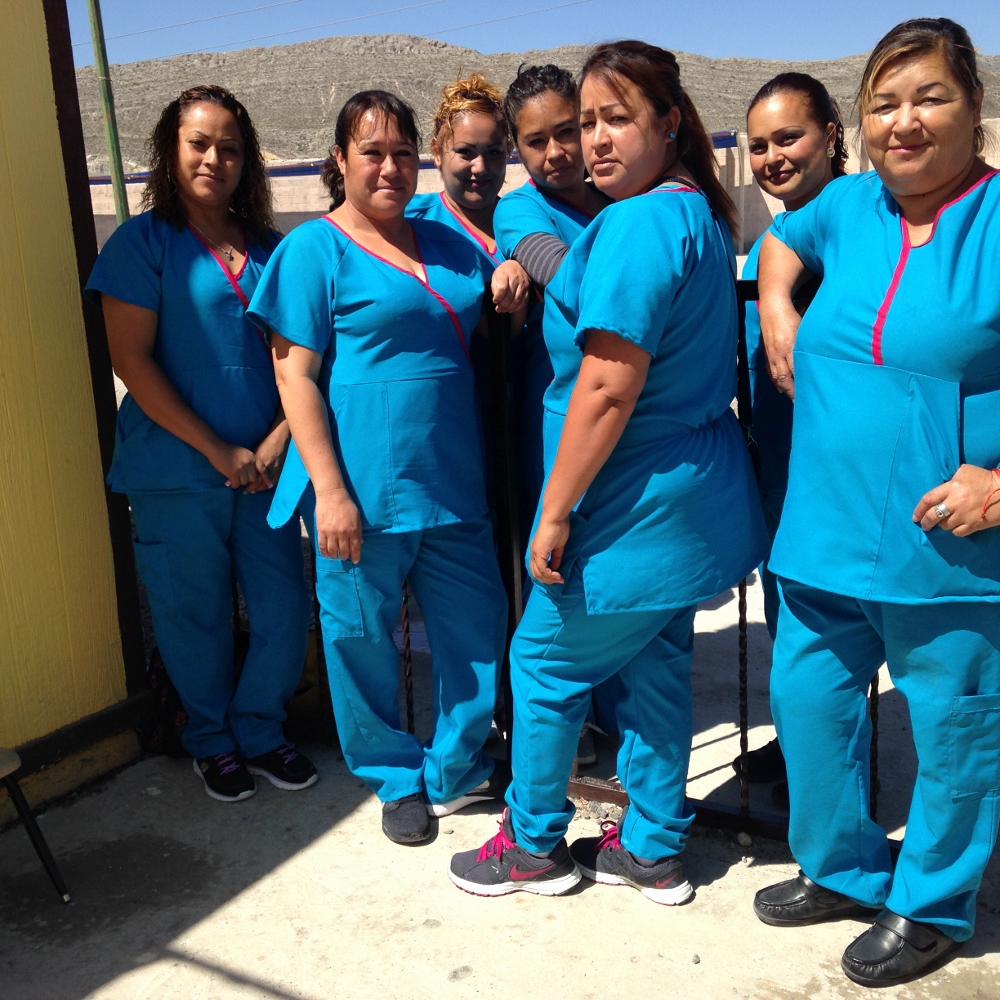 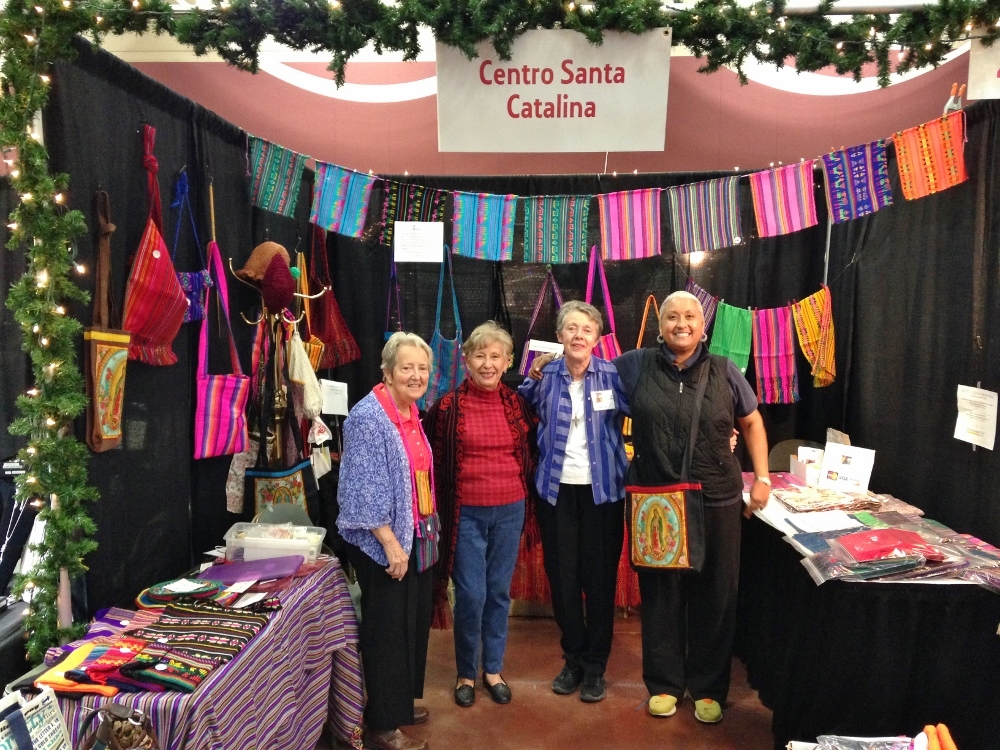 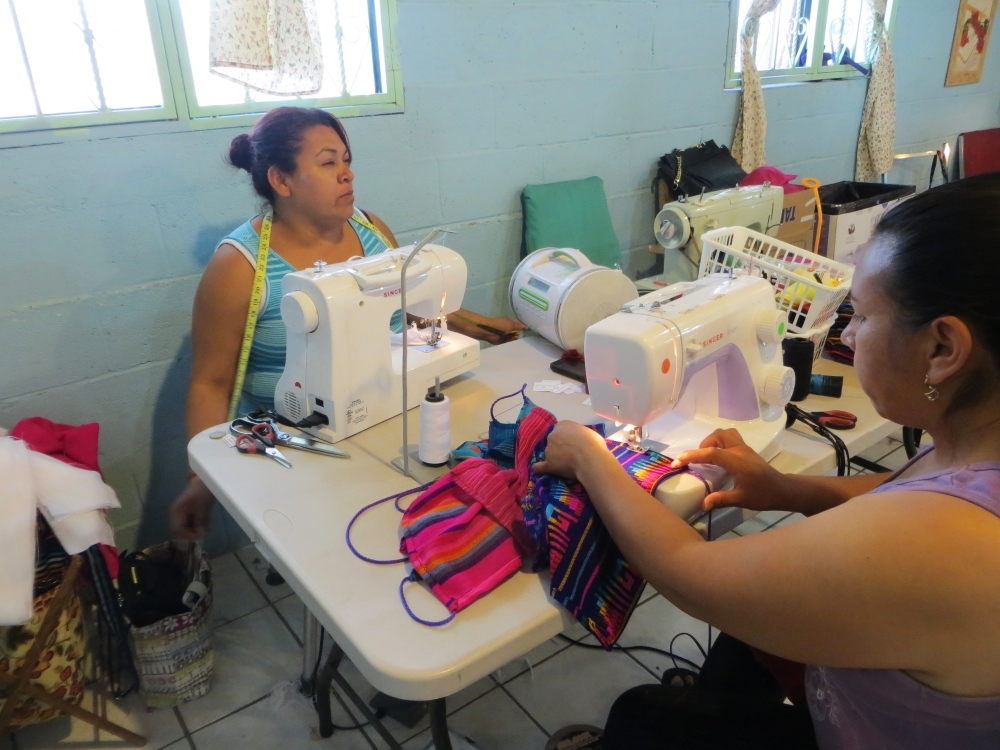 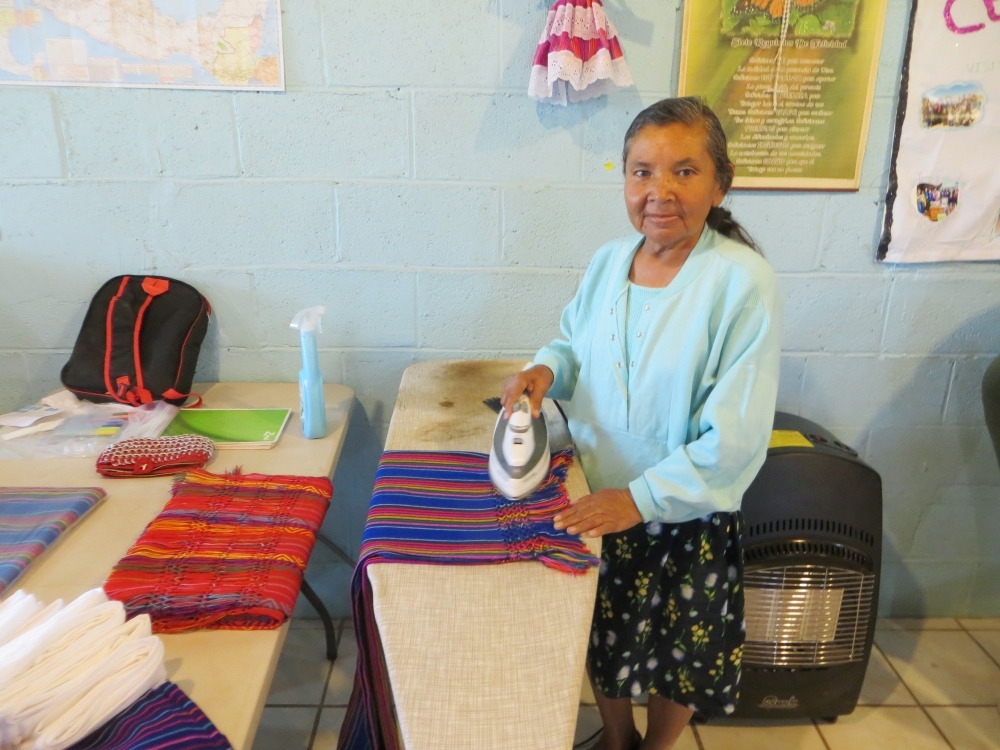