GSR: How did you get started in peace work?

McCormick: The Sisters of Loretto had three missions in Latin America in the mid-'60s. I volunteered and was chosen to go to Bolivia in 1965, where we had a school and were doing teacher education.

Before I ever got to Bolivia, I was sent to Cuernavaca, Mexico, to study language and the Latin American culture. While there, I met Dan Berrigan, who was exiled for his protesting against the Vietnam War. I met him and eventually began a correspondence with him while I was in Bolivia. That awakened me to what the United States government and most especially the Pentagon were doing militarily in Bolivia and other countries.

I was also influenced by the changes of Vatican II because our community was making a lot of changes. All of the re-education I went through helped me understand how the United States, and even the church, are not in other countries because of justice. So those are the main reasons why I got into peace work.

In 1983, you were arrested for an act of civil disobedience at the Rocky Flats nuclear plant in Denver. How did you get from Bolivia to the nuclear disarmament movement in Colorado?

I was really very angry when I returned in 1971 to learn all that our government was doing and immediately became involved with the United Farm Workers in Denver. The first time I was arrested was for a grape boycott in Denver. Then, gradually, I became more interested in the production of triggers for nuclear weapons at Rocky Flats.

In 1979, I went to the Ground Zero Center for Nonviolent Action in Poulsbo, Washington. I was in training there for a few months, and then I returned to Denver, and we formed an interfaith group that went out to Rocky Flats to vigil at the west gate. We did that for 12 years. We also did some nonviolent action inside the base at different times.

In April of 1983, a Mennonite friend and I decided to do a witness inside the plant. We prayed with the community at a Mennonite church and then drove to the east side of the plant, where the employees entered. We were just waved through as if we were at a Broncos game. We parked close to the building where the plutonium was being used and knelt there and waited and waited until, finally, some employees let security know that we were there.

Later, security lied and said that we broke through the gates, but we know now that they always lie to cover their own lack of ability to secure nuclear weapons — because we always say that it's impossible. The only answer is to abolish them. So we spent two months in jail, charged with a misdemeanor.

We continued doing vigils at Rocky Flats until 1992, when the plant closed. It was what they called the "end of the Cold War," but that was basically because the Soviet Union decided they would no longer deprive their people of what was necessary in order to pay for nuclear weapons. People always say, "Thank you for helping close Rocky Flats," and I say, "No, it was really the Soviet Union."

Do you find it more challenging today — post-Cold War — to get people to engage on the topic of nuclear weapons?

Well, the challenge is very great, because there's great efforts to make common the term "nuclear." You've heard of the "nuclear option" in Congress. Under [President George W.] Bush and even under President Obama, it has been very, very difficult because there just is total cooperation on the part of any administration with whatever the Pentagon wants. And many times, you feel like the Pentagon is running the White House rather than the other way around. The way it is now, I personally feel — and other people do, too — that we have some hope with this whole movement of the United Nations to abolish nuclear weapons.

Do you see anything in the new generation of peace activists that gives you hope?

I am so grateful for Black Lives Matter. I am delighted that now we have movements and that we older people in the peace movement can learn from them, pray that they will be nonviolent. Because it is the only answer, the only real change, as Dr. Martin Luther King Jr. says. I was never aware until probably these last 15 years how many African-American males never had a chance to get beyond their 20s; they are either killed or they are in prison. Michelle Alexander, you know, writes about the new Jim Crow.

But I am so grateful that the young African-Americans and young Latinos and other ethnic groups are standing up and saying, "No. We will not be treated this way any longer." And we're still in the middle of all of it, with the decades of police brutality. I would say I'm grateful for the way that now the women's movement, the gay community, the lesbian community, the Muslim community all are standing up and saying no. Because the basic thing is we are all human. Every human being has the right to be treated with dignity and with equality.

Where do you see the Holy Spirit in the peace movement?

The fact is, they always say diversity brings out opportunity, diversity makes us more creative, and I think that creativeness is from the Holy Spirit. And this may be a time when we in the United States, for example, just might work together and not be so individualistic.

We are at a point where we could move into a very authoritarian government, and we have taken it for granted that democracy works. But it only works if we make it work. And I think that's the Holy Spirit or whatever any person of any faith would want to name it: the invisible power, the invisible breath. I think it's a wonderful opportunity for us to work together and say to people who are making political decisions, "You cannot make decisions to the detriment of people or the planet Earth. You cannot do it."

I so appreciate Amy Goodman on Democracy Now! because she is so courageous and she just keeps interviewing people locally, nationally, internationally with the big questions. And the big question is, "How are we going to do this together? How are we really going to be faithful to being one people?" And, as I understand it, that is exactly what Jesus came to Earth for — to tell us how to love and how to be one people. And treat everyone equally. 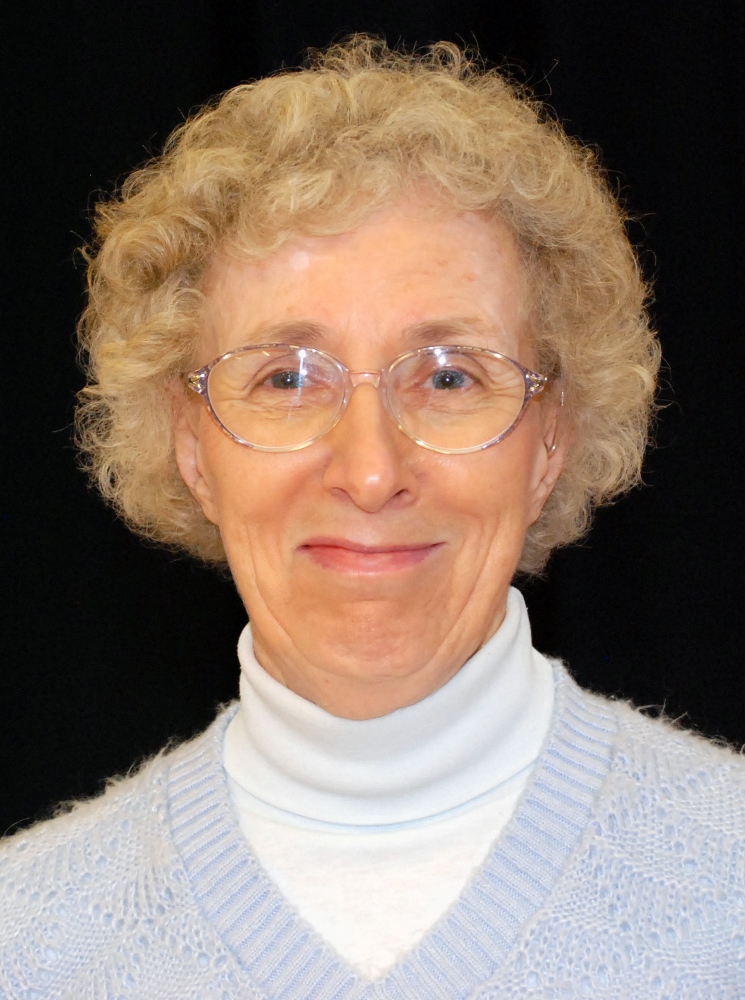