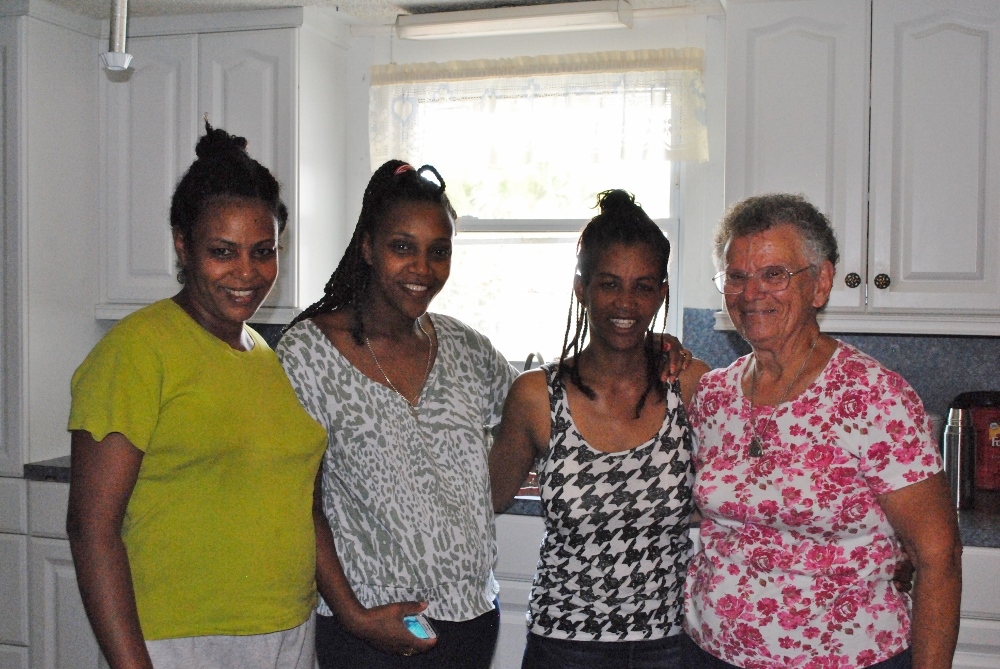 Sister of Divine Providence Margaret Mertens, right, with Ethiopian and Somalian migrants in one of the La Posada homes in San Benito, Texas. (Provided photo)

"I fell in love with the work here and have been here for 21 years," she told Global Sisters Report.

Mertens, who learned Spanish when she arrived in Texas in 1995, is now the site coordinator at La Posada Providencia, a migrant shelter in San Benito. The 8,000 migrants who have passed through have come from 75 different countries. Some visits can be as quick as a meal and a hot shower, while other visitors may stay up to a year.

GSR: Tell me about your daily work.

Mertens: When I was director [of La Posada Providencia] from 1995 to 2008, we only had one person work here in the office, and in the last three years, we had Sister [of the Holy Spirit] Therese Cunningham as an ESL [English as a second language] teacher. During that time, I did the cooking, taught how to cook, ran the garden, taught them how to run the machines, picked up people — whatever needed to be done.

Now, my main job is as the site coordinator, so I keep an eye open on the buildings, machines, cars, property, making sure that it looks good, how to care for the garden, plant, whatever — kind of whatever needs to be done. I also do a lot of driving, taking people to immigration [court], taking people to doctor clinics when they have appointments.

Often, because I've been here so long, most people [involved] in immigration know who I am, so when there's a problem and someone isn't getting what they are supposed to get, I often help, not in confrontation but in discussion with immigration officials, trying to get what the client deserves. . . . Sometimes it's difficult for them because of the language.

What are some misconceptions that refugees have upon arriving to the U.S.?

It varies from period to period. When the Central Americans came, they thought it'd be so easy to come here and get money and send it back to their family. Then they found out how difficult it was because a lot of them didn't have work permits, so they were paid very little.

Now it's the same thing: People come here, and they think they can get everything they need quickly. And the timing of immigration steps is slow, especially now because they have so many people coming in. So we have to constantly tell our people it doesn't happen quickly. There's a process, you have to go through steps, and it takes time. It takes time to even get to the point to apply for a work permit, then another three or four months before you get the work permit. And that's very hard for them to accept.

What about misconceptions that U.S. citizens have?

My family is in Missouri, a conservative state, and the main thing I hear is that [immigrants are] 'taking all of our jobs.' All I can think of is that when they did the raids in the '90s, they raided meatpacking places in Iowa and supposedly took out 300 people who were working without work permits. Then the mayor made the announcement to the town that now there are 300 job opportunities open. From what I had read and heard, no one applied. It's a very hard place to work, cutting meat. So they went either to Wisconsin or Minnesota, where there was a settlement of Somalians, and brought them in to do the work.

It's kind of proof that they're not necessarily taking jobs from the American people, but the jobs that American people don't want to do. We tell our people you have to work your way up. You can't just expect to get a high-class job right off for two reasons: You don't have the work permit right away and you don't speak English well enough. So we work hard to get them to learn, and different groups take that more seriously than others. 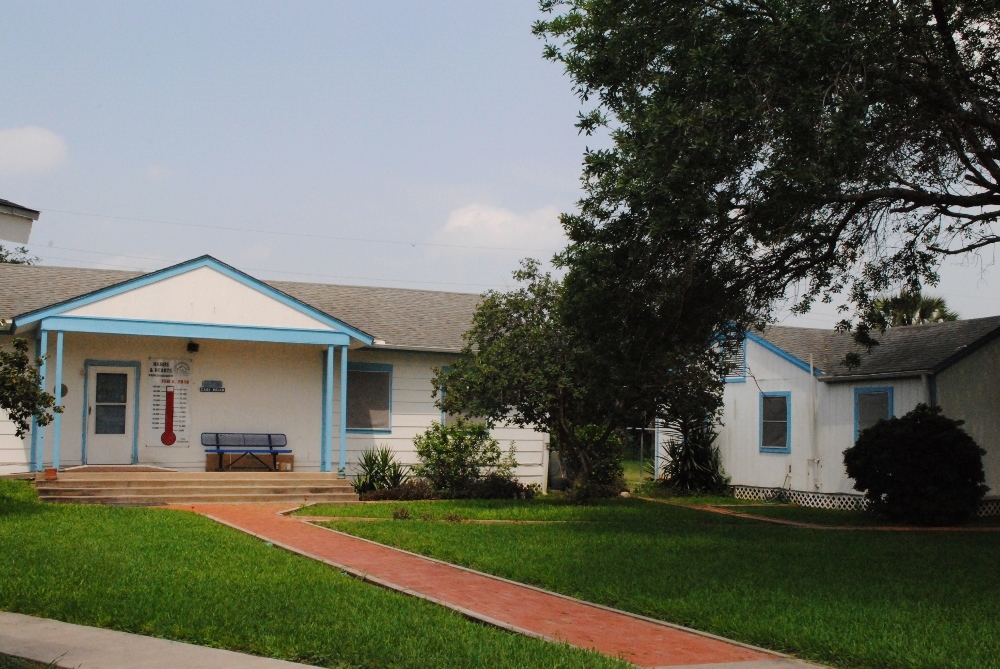 One of the La Posada buildings in San Benito, Texas. (Provided photo)

What classes are mandatory at La Posada?

Two hours of study in the morning, two in the afternoon. Our teachers are volunteers, as well as Sister Therese. We have a whole file we call 'life skills' that they need to know. We do as much as we possibly can, and that's teaching them some very simple things like body parts (so if they're sick, they have words to explain it), learning numbers in English and how to write them so they can write checks, learning how to write checks, learning the dangers of using credit cards and what that means. And in between classes and on Saturdays especially, they learn how to use machines, because a lot of times they can get jobs cutting grass or painting, things like that. In a lot of ways, we're trying to prepare them as best we can — because we have them for a short time — how to move into society and be able to do something.

I see the Holy Spirit personally in one of those prayers that I say often. When I'm talking to a group, I never write out my talk. I pray to the Holy Spirit that I am guided to say what needs to be said and also what these people need to hear. And that's usually my talk. I've been told, one time by a man after a talk before a 300-person crowd, that I really engaged the audience. I think I knew what he meant because I usually have very few questions at the end because people are very attentive. I give talks every once in a while . . . to share what I can, in a very short period of time, what I'm called to share at that time. The Holy Spirit is very much a part of my life.

What's a situation where you find yourself relying on the guidance of the Holy Spirit to say what you need to say?

Generally, we're always talking about helping people and being kind and considerate, and sometimes we have to say, 'This is what's going on.'

Maybe, 'You don't seem to be able to live the family life that we live here, so we're asking you to think about another place to be where they don't have to live in a family situation.' One [immigrant] I took to a homeless shelter in Brownsville where they have a lot of immigrants but without the family spirit that we do.

We eat together twice during the day, lunch and supper; we pray before and after meals; we expect people to stay and visit with each other. And we encourage them to help with one another. One refugee said to me, 'Sister, I think we ought to invite President [Bill] Clinton (this was some years back) to come down and see how we work together.' That's very important, that we help people accept each other and to accept the different languages and cultures, and it's not always easy for anybody. 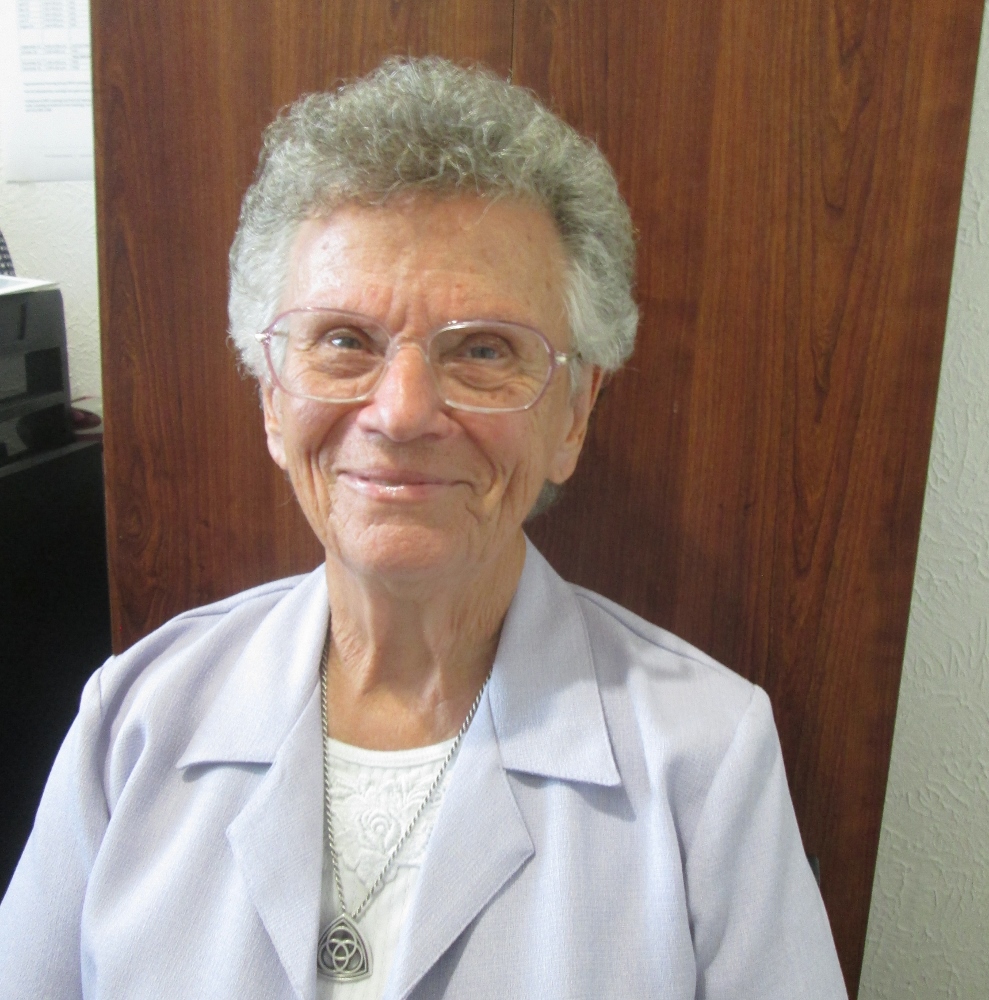 Migration | Q & A with Sr. Margaret Mertens, teaching life skills to US immigrants

Q & A with Sr. Grace Sbrissa