Sr. Angela Ann Zukowski did not intend to be a pioneer in cable television and distance learning for Catholic education and faith formation.

The sister of the Mission Helpers of the Sacred Heart prepared during formation for what she believed was her mission: serving in Latin America. When her assignment came to go to Dayton, Ohio, she thought it was a mistake.

She was told initially that the assignment to teach religious education and faith formation to rural communities would be for a few years. Yet while there, she encountered a new medium of communication: cable television.

That opened up the world for Zukowski, who became the first female president of the boards of the U.S., North American and world branches of the International Catholic Association for Radio and Television (UNDA) and the first woman on the Pontifical Council for Social Communications at the Vatican. She was instrumental in bringing UNDA and the International Catholic Organization for Cinema and Audiovisuals (OCIC) together to form SIGNIS, the World Catholic Association for Communication, in 2001.

She has been a professor in the religious studies department at the University of Dayton for more than 34 years. She is also director of the Institute for Pastoral Initiatives, where she oversees the Virtual Learning Community for Faith Formation, which offers online courses in English and Spanish in more than 40 countries.

GSR: How did you get drawn into cable ministry?

Zukowski: I was missioned to Dayton, Ohio, in 1971 to work in the archdiocese of Cincinnati in the rural areas. I was driving 2,500 miles a month from one parish and school to another as a consultant for Catholic schools and religious education and adult faith formation in parishes.

After about six months, I was at a dinner and asked to talk about what I was doing. I told them I was going from St. Rose Parish to St. John's Parish to St. Henry's Parish — all within about a 6-mile distance — teaching the same course. One of the gentlemen at the dinner said, "Sister, I own this new cable company" — because cable was new. "Why don't you go on cable television and give your course on cable television, and you wouldn't have to drive to all these places."

I said, "I know nothing about cable television. I'm on my way to Latin America."

He said, "I think you should try it."

That was the beginning. Fr. Robert Monnin was the Catholic school superintendent of the northern region of the archdiocese. Together, we produced the very first cable TV series [in 1971] on sacraments called "Celebrate Life." The program was designed to help parents prepare their children for the sacraments.

We decided to build our own mini-studio in the basement of our small house office building. When Father Monnin was moved to live in St. Patrick's parish, there was an empty one-room school house in the parish. We converted it into what we believe was the first Catholic cable television studio in the country.

A major step forward appeared when we were asked to produce a series of parish high school religious education classes to support the parish programs. The videos included a short presentation, a group dialogue with high school students around the topic and a prayer service. The videos were both aired on the local cable TV stations in the several towns as well as made available on VHS tapes and distributed to parishes as there was no such thing as the internet then for delivery. The methodology we designed is what we today call "blended learning" [which combines online learning with in-person instruction.]

Where did you go from there?

In 1974, I was invited to join another archdiocesan priest in hosting a Saturday hard rock radio program on the University of Dayton's radio station. Each program was created around a relevant issue, like ecology, and we looked for music that would complement the theme. Young people continuously called in with observations on the topics.

In 1978, the Marianists at the University of Dayton approached me to apply for a position that was opening up. They thought the communication ministry I was engaged in could complement and expand the work of the Office for Moral and Religious Education on campus.

I had made a commitment to Archbishop [Joseph] Bernardin [then the archbishop of Cincinnati] to work on a new project for the archdiocese. When I spoke with the archbishop concerning the invitation from the university, he was extremely supportive. He was partly a spiritual director to me, and he said, "You know, Sister Angela Ann, I think your future is not in a diocese. You think bigger than the diocese. I think your future is there. See if the Marianists will let you finish this project and hold the position." And the university did.

Why did you get involved in leadership in Catholic media organizations?

When I first got on cable television, I was thinking I might like to get a master's degree in communications since I wasn't yet headed to Latin America and I didn't have any background in what I was doing. My experience was pure life experience.

I went to the chairperson at the department of communications at the University of Dayton and indicated that I'd like to work on a master's degree in communications, and he asked me, "Sister, do you really want to go this way in your life? How about if you go to this meeting group called UNDA and see what these people are like."

So I went to this association, and most were in radio and broadcast television. I was the only one in cable, and I was a religious educator on cable, so I wasn't even a full-time communications person.

Around 1984 or 1985, I was elected vice president of UNDA USA. In 1988, I was acting president. That meant I became the representative to the international board of directors from North America. So then I got involved at the international level. Around 1989, I was working with Canada and the U.S., then I became the North American president for UNDA. In 1990 in Bangkok, I was nominated for vice president of UNDA World and was elected. In 1994, I was elected the first woman president.

One of the activities that you had a major role as the UNDA world president was the merging of UNDA and OCIC. Can you tell us briefly how that came about?

The idea of merging UNDA and OCIC had been on the docket since the early 1980s. It consistently met with opposition from a few vocal and assertive members in both UNDA and OCIC.

By the early 1990s, a growing number of Catholic communicators were now members of both organizations. With Catholic communication budgets tightening across the board, the reality demanded a proactive stewardship plan to address the limited resources.

As UNDA and OCIC jointly prepared for the 1994 Prague World Congress, both boards agreed that the next administration of both organizations needed to accelerate the dialogue on the merger. As I was elected the [first and last female] UNDA world president during the Prague congress, I understood our mandate to move beyond discussion to dialogue and aggressive implementation. Of course, since both organizations were officially recognized by the Vatican, our move forward needed the Vatican's approval, which it received.

Yes, there were painful moments, but the joy was knowing we were moving forward and the larger picture was more important than our individual issues and concerns. Rome in November 2001 was the venue for the historic moment for Catholic communications. It was a swift unanimous vote that swept UNDA and OCIC into SIGNIS. I knew I could leave office knowing with my colleagues we achieved what we set out to accomplish.

You were pioneering distance learning and now online education at the university. Is there a difference in how you approach teaching?

Yes, there definitely is a difference. I have always been intrigued with the emerging new educational technologies. Each new development has offered vast new opportunities to research and implement new educational strategies to spark the educational religious imagination of students. I chair the Catholic Schools of Tomorrow Award for Innovation in Education, which is now sponsored by Bayard Publishers Inc.

For the past 20-plus years, our team has reviewed hundreds and hundreds of entries highlighting how Catholic educators are altering learning environments in Catholic schools, particularly via technology and e-learning. I find myself constantly challenged and enthused for keeping abreast of these developments. It enables me to keep alert, fresh and, I hope, positioned to motivate my students that there are many ways to not only capture information but creatively design responses for what we are learning, challenging the status quo and imagining a new perspective that will advance living and learning in the 21st century.

In light of all this enthusiasm, we need to never lose sight of the "Art of Being Human in a Digital Milieu." I am not blindsided by the potential negative impact of artificial intelligence, robotics and intensity of living in a distracting digital milieu. There needs to be a creative human balance; in the past few years, I have been not only been engaged in research in this area but giving workshops, presentations and retreats to explore the question with Catholic educators and those in ministry around the world.

At the SIGNIS conference in June, you spoke about the future of communications and the importance of keeping a human voice in the digital age. What do you think about that when it comes to Catholic spiritual instruction?

We all need to be more intentional and reflective regarding the impact technology is and will have on being human. This conversation is rapidly emerging in copious articles and publications highlighting diverse perspectives on the topic. Our Catholic social teaching contributes to the conversation in a unique way. We cannot be passive and ignore our collaborative responsibility of the impact of evolving artificial intelligence, robotics and digital tools on the human person.

Social media is offering a unique way for connecting, forming e-communities online and researching vast horizons of information concerning people, culture, religion and all that is associated with them for nurturing an expanding sense of globalization that transcends anything we have experienced in previous times.

We have a new generation of young people whose primary existence is tethered to digital devices, particularly smartphones. There is mounting evidence that these devices are radically changing their lives in areas affecting health, unhappiness and loneliness with more time on their hands than any other generation. These factors are prime conditions for introducing Generation Z to contemplative practices.

What's the next step for you and your ministry at the University of Dayton?

How do you see the Holy Spirit working in your ministry?

Every day, I witness the working of the Holy Spirit through people and events. When I listen to our students reflect upon their ministry experiences during their academic year, or when they return from a summer working in and among those in need, I sense the power of the Holy Spirit intensifying within them.

As I frequently travel to other countries and observe the evolution of innovative forms of religious life emerging among lay communities, I sense something new is transpiring within the church. The Holy Spirit is working wonders if we have hearts that are open and eyes to see. It may not be the traditional way, but it definitely validates a new Pentecost moment within the church. 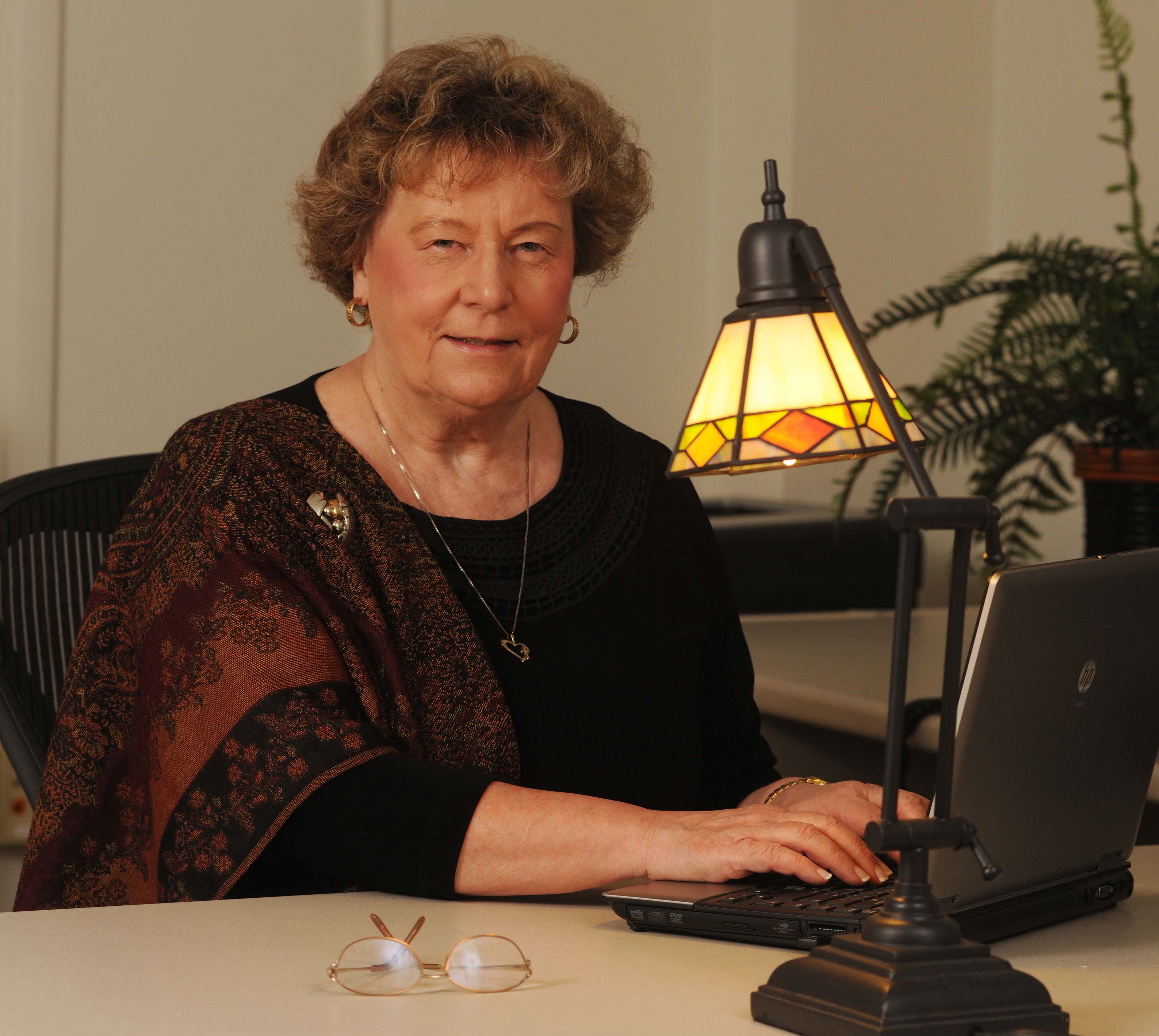 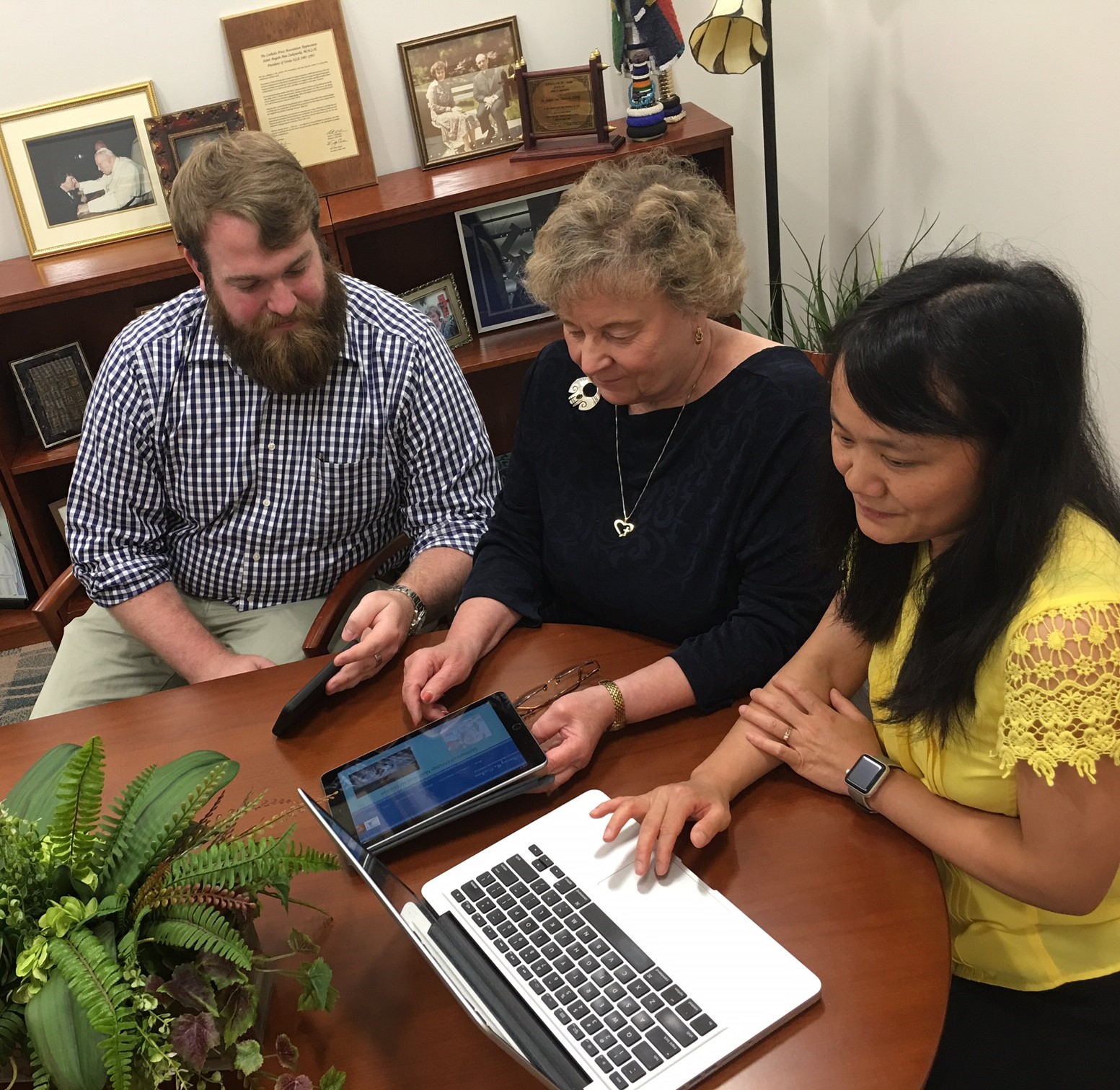