Sr. Boitumelo Albertina Matlhabe has spent most of her life at St. Joseph's College High School, a Catholic high school in Gaborone, the capital city of Botswana. The Sister of Calvary graduated from St. Joseph's herself in 1979, and she's been teaching there since 1985, only taking a break to complete university and a short stint in a secondary school. In 2005, she became the managing director of the school.

Matlhabe currently oversees 1,700 students at St. Joseph's, which is also the oldest Catholic school in Botswana, founded in 1928. Catholic schools were some of the first institutions of higher learning in Botswana, helping the government launch the public education system.

Today, church schools are semi-public. They are partially government-funded, follow the Ministry of Education curriculum, and admit students recommended by the government. At St. Joseph's, the government funds tuition for 1,200 of the 1,700 students. The Catholic Church pays the full tuition of the remaining 500 students.

Global Sisters Report recently visited St. Joseph's to understand more about the realities of schools the church built and the government finances.

GSR: Tell us a little about your time in school.

I chose teaching because religious nuns who taught me at the high school inspired me a lot. They taught with great dedication and passion. They had great love, respect and interest in their students. Sisters touched the lives of young people in a very special way, so I went into teaching with passion because I wanted to continue where they had left off.

What role has the Catholic Church played in the development of Botswana's education system?

The church is the pioneer of Botswana's education system, beginning in 1928 [when it was still under British colonial rule]. St. Joseph's College was the first high school the church built, followed by many others across the country.

Since Botswana gained independence in 1966, the Catholic Church has been an irreplaceable partner of the Botswana government. The church builds, owns and runs their schools, but the schools are financed by the government. The teachers are hired and paid by the government, and the government also decides on the intake of students, though the church can admit and pay school fees for destitute children. This partnership has produced leaders that later became members of Parliament, among other influential positions.

The Catholic Church also engages in other types of education. Street children and adults who cannot read are taught how to read and write through literacy classes. The church also runs preschools to facilitate the smooth integration of children into the educational system.

What are some of the challenges of the government-church partnership for schools?

The cooperation between the government and the church has been good in the past but is now weakening because the government is having difficulty funding mission schools due to lack of money. The agreement is that the government gives us a grant, which we use to feed students, pay nonteaching staff and carry out maintenance work around the premises. The church only contributes when we are really stranded, which is seldom.

There used to be a difference between government schools and Catholic schools, but today, we don't emphasize Catholic teachings like we did in the past, so the lines have become blurred.

Zimbabwe has a similar partnership with church-government schools, and I think Lesotho might, as well.

Was there ever a time when the church thought about separating their educational institutions from the government?

The thought of separating ourselves from the government has crossed our minds. But it's still just a thought; we have not acted on it. We think that way because we are working on tight budgets, as the government is giving us little money nowadays. The thought is to take our schools and run them ourselves in the manner we want.

What are the biggest challenges teachers in Botswana face?

Teachers now have to deal with a crowd of students. The number of students they now teach per class has now doubled. One class can have 40 to 50 students, which is a lot for one teacher to handle. During my time as a teacher, before I became an administrator, we used to have 20 to 30 students per class.

The discipline of students today is also a problem. They are affected by drug abuse and often come from unstable families. Within the school, we have a school chaplain who takes care of children's emotional and spiritual needs, which helps.

What can be done to address some of these problems?

All Batswana need to stand up and play their role. Teachers have a lot of difficulties, like poor salaries and undesirable housing conditions. But they must be willing to lead the nation in its pursuit of knowledge and information, remaining consistent with the development policy objectives of the country as well as the aspiration of the people of Botswana. Teachers must be a counselor and guide and a people-developer.

Parents, too, should always play their part. They should take their parenting responsibilities and obligations seriously. The government now also has a number of policies geared toward solving some of the challenges we face. The new pastoral system, for example, encourages parents, students, staff and the community to actively participate in the decision-making process of schools. So far, in my school, St. Joseph's College, this policy is working very well, as all stakeholders are active in the school's governance.

Is there a specific student you remember? Tell us about him or her.

Students educated by our missionary school ultimately become responsible people in the country. Those who completed in the past have gone on to become leaders who helped with the running of the country. I remember teaching the former member of Parliament for Gaborone Central district and current president of the Botswana Congress Party, Hon. Dumelang Saleshando. Back in his high school days, I taught him religious education.

On March 19 every year, we celebrate St. Joseph's feast day. The school was named for him, and we want the students to appreciate him as Mary's husband and the hard worker he was, which is the inspiration for our work with the school and the lessons our students take away.

[Sharon Tshipa is a multimedia journalist based in Gaborone, Botswana.] 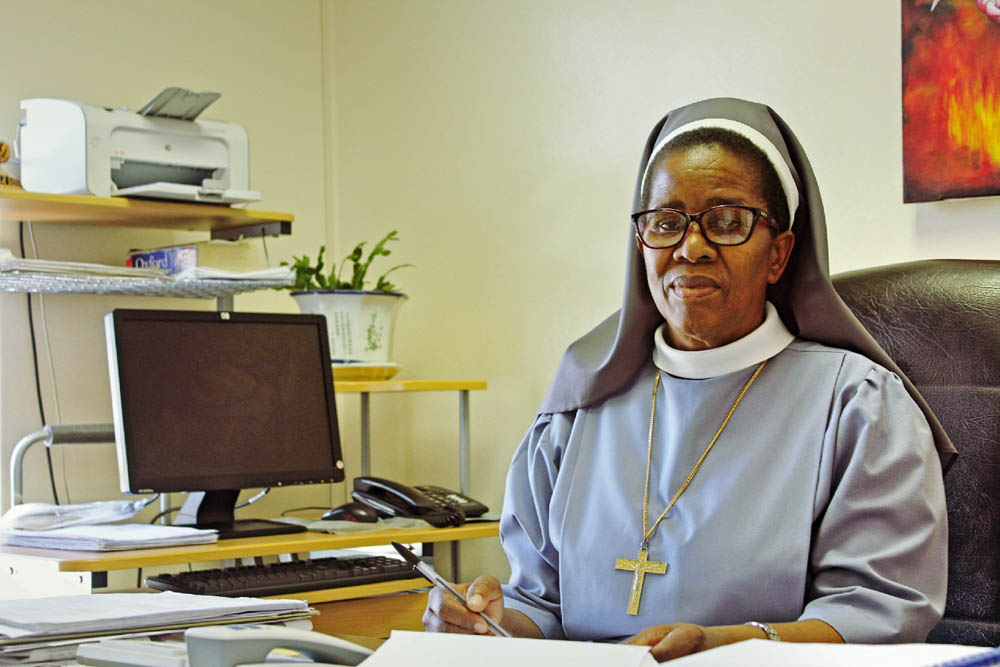 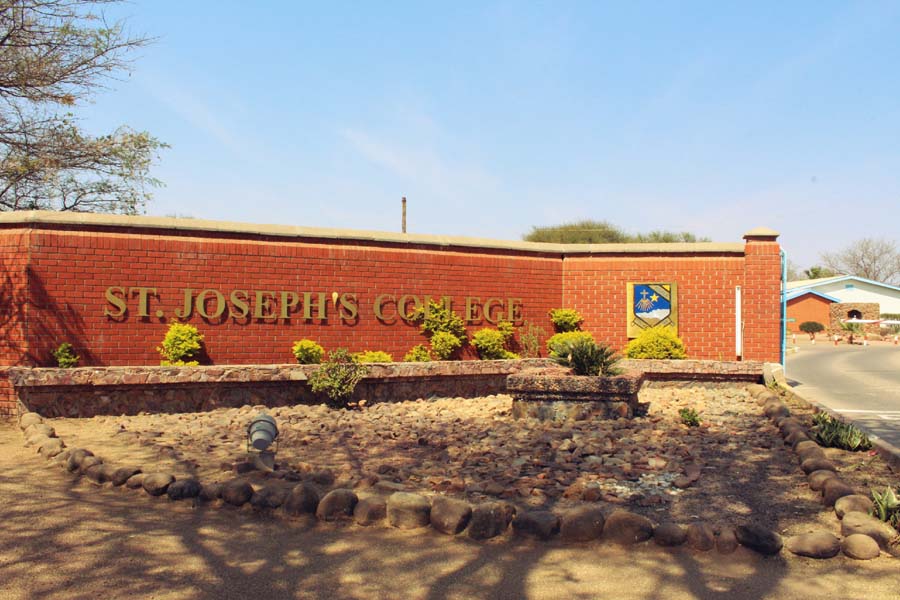 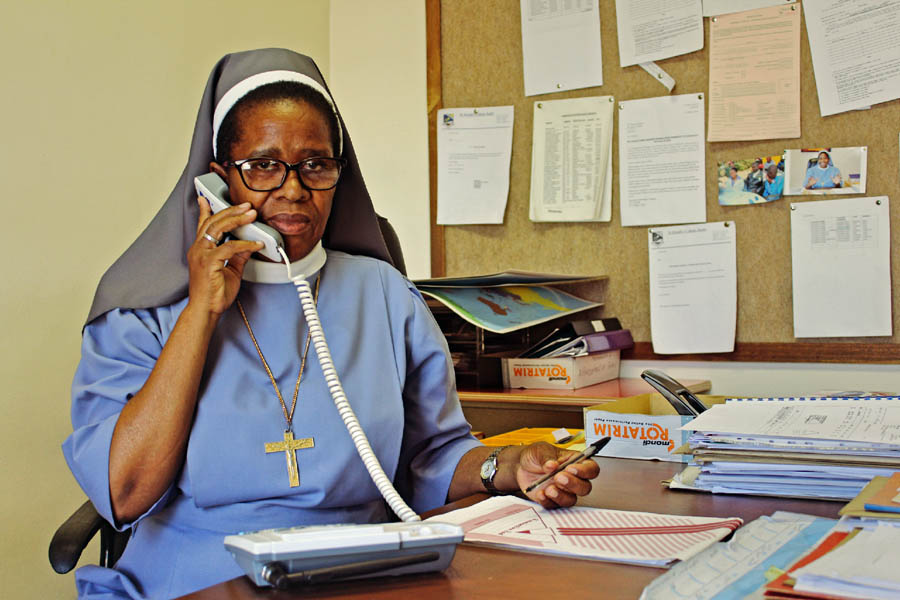 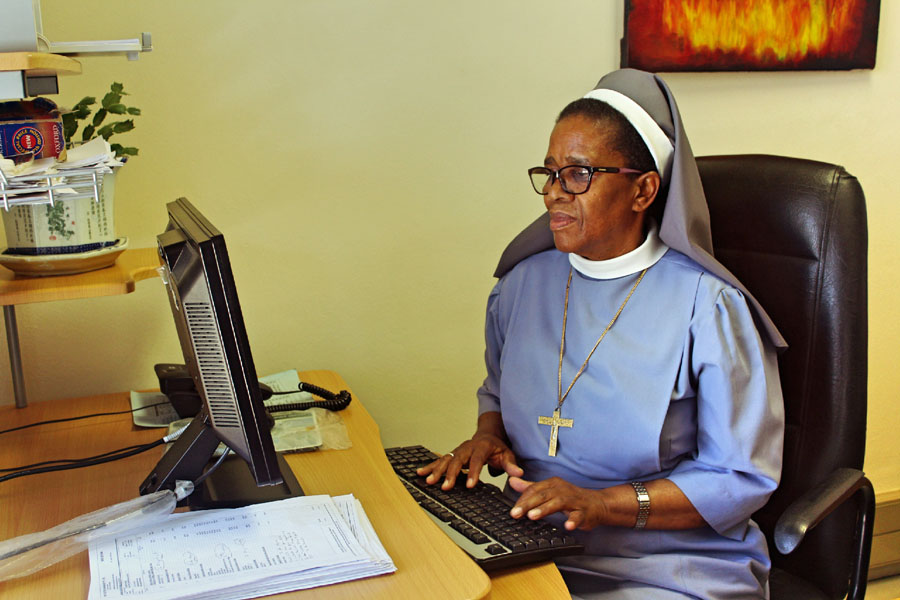