Sr. Carol Breslin is a Medical Missionary of Mary, whose members pioneered medical services to girls and women affected by fistula.

For many years, working with a number of partners, MMMs have brought relief to thousands of women affected by fistulae in East and West Africa. Members of the order work in 14 countries worldwide and have U.S. houses in Boston, New York and Chicago.

Breslin, a medical doctor who worked for years in Africa, spoke with Global Sisters Report about the debilitating but preventable condition.

Born in Rockville Centre, New York, Breslin joined the Medical Missionaries of Mary in Winchester, MA, in 1967 and qualified as a doctor in Dublin, Ireland. She worked in Nigeria for 12 years, mainly in rural hospitals, and for 14 years in Ethiopia, where MMMs provided a wide range of services for people affected by HIV and disabilities. She is now her order’s director of communications, based in Dublin.

Can you describe how an untreated fistula can change a life?

Imagine you are a girl of 12 or 13, ready to give birth to your first child. You have had no prenatal care and are undernourished because of the hard work involved in your household duties. The nearest health center, offering even basic care, is a day’s journey away over a bad road, difficult to navigate, even when there is transport. Your family expects that you will deliver at home, with the help of an untrained attendant.

The labor pains begin, and after many hours, there is no sign of the child. Various remedies are tried but your pelvis is not fully developed because of your young age. The baby’s head is stuck. Two or three days of agony go by. The baby has long since stopped moving. Finally you deliver a dead infant, much to your sorrow and the disappointment of your relatives. You have bled a great deal and there is a smell from infection, but you are fortunate; you survive.

Not long after, you discover that you cannot control your urine. The smell is offensive, and your husband rejects you because you cannot bear more children. Your community shuns you. Now forced to live in isolation, you suffer terribly from your loss of dignity. With no education and no skills you are forced into sex work to survive.

How does this condition happen?

The condition is known as a vesico-vaginal fistula, or VVF. An obstetrical fistula is caused by the baby's head constantly pushing against the mother's pelvis during contractions. Tissue death results from lack of blood flow. After days of labor, a hole, or fistula, is created between the birth canal and organs such as the bladder or rectum (recto-vaginal fistula). A woman cannot control her urine, and sometimes her bowel contents. It mainly affects women in poor countries, who usually give birth without medical help. Equally horrifying is the fact that a fistula can also result from violent rape, which has become common in some war zones, where rape is used as a weapon against female civilians and their communities.

This preventable condition is estimated to affect about 2 million women in Asia and sub-Saharan Africa. It still exists because health care systems fail to provide adequate, accessible maternal health services. Many girls marry early and are often pregnant before their bodies are mature.

What is the treatment?

As Medical Missionaries of Mary we work to bring healing, especially to mothers and children. Our sisters have pioneered services to help women affected by fistula.

Treatment, now available in an increasing number of countries, includes a repair operation. Women often save for years to pay for transport and surgery, but repairing the defect is only one aspect of healing. The woman needs to be re-integrated into her family and society. She has lost her baby, usually her first, and wants to get pregnant again. This means she will need full prenatal care and an elective Caesarean section. She needs a livelihood after treatment; otherwise she will again have to resort to begging and will be vulnerable to exploitation.

In Nigeria, MMM Sr. Ann Ward, a medical doctor, was already doing VVF surgery in the 1960s and saw an increasing number of women needing repair operations. She later established Nigeria’s first VVF hospital in Itam. Other MMMs have continued this important work in Itam since Dr. Ann’s retirement to Ireland. Sister Fidelia Adigo from Nigeria, nursing supervisor at Itam, coordinates regular repair surgery in camps, held four to six times per year with visiting surgeons. Many operations can be done within a short time. The staff encourage women to come for treatment, speaking in churches, villages, and at local gatherings.

In Uganda, Sr. Maura Lynch, who is also a physician, pioneered VVF repair surgery at Kitovu Hospital in Masaka, now a recognized centre for training in fistula care. She was recently recognized by the London Royal College of Obstetrics and Gynaecology for her services to women’s health in Africa and is director of the Obstetric Fistula Programme at the hospital.

How are treatment services being passed on to African communities?

Kitovu Hospital is now in the care of a local congregation, the Daughters of Mary. It hosts a training program for Ugandan doctors and for operating room nurses. Two MMM sisters from Itam, Nigeria, gained experience in Kitovu. Sr. Florence Nalubega, of the Daughters of Mary, is training to take over from Lynch. She specialized in obstetrics and gynaecology and is being sponsored by the Royal College for specialized training at the Fistula Hospital in Addis Ababa, Ethiopia. Established by Doctors Reg and Catherine Hamlin, it is recognized the world over for fistula services.

Since May 2014, MMMs have held two VVF repair camps in Nigeria. While some women had to be referred for more complicated surgery, 76 women had VVF repairs; three had recto-vaginal (RVF) repairs, and three had combined repairs, for a total of 87 operations.

Just one example of the difference this made was that of a woman who developed a VVF in 1992, while only in her teens. She heard of the camp over the radio. She had a repair operation and her joy was inexpressible. It is humbling to see the women dance after successful operations.

Can fistula be prevented?

This condition should not be! The great tragedy is that repair services are necessary for these women. Fistula can be prevented. It has been largely eliminated in the developed world with improved maternity care. The last U.S. hospital treating fistula patients closed in 1895. Obstetric fistula can largely be prevented by delaying the age of first pregnancy and providing access to basic obstetric care. Even more important, the wider issue of the rights of women and girls in society must be addressed. Medical Missionaries of Mary in several countries include human rights awareness in their work. 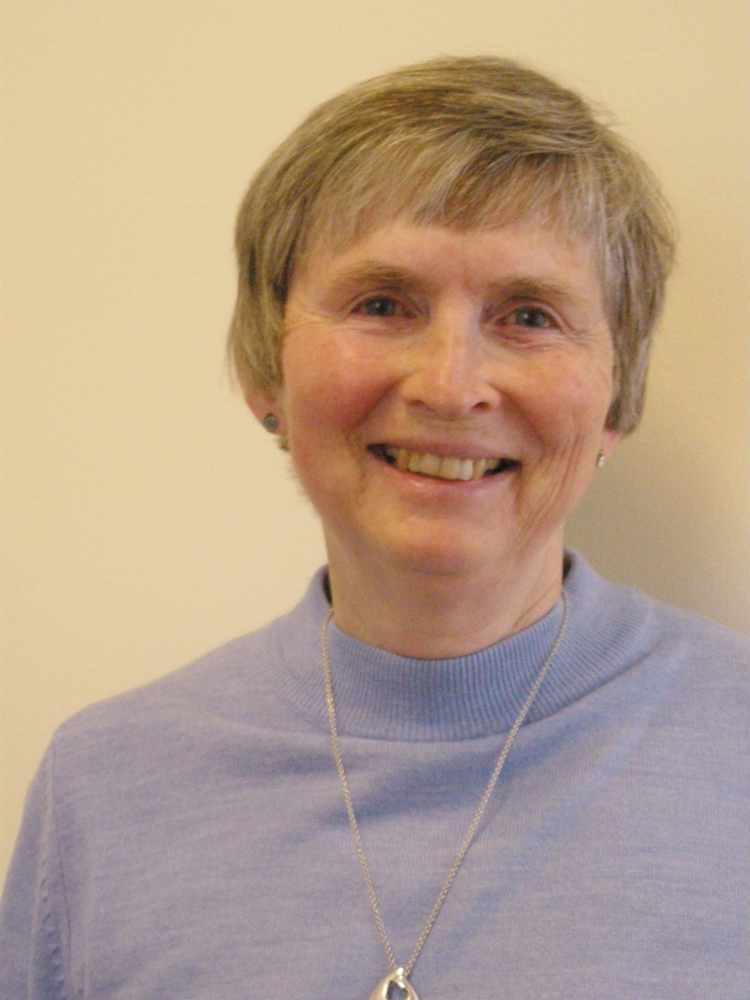 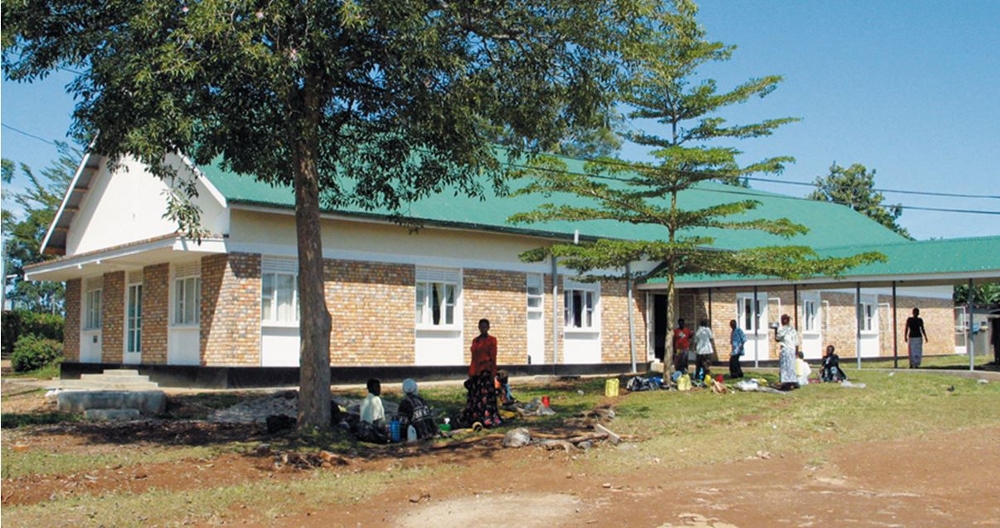 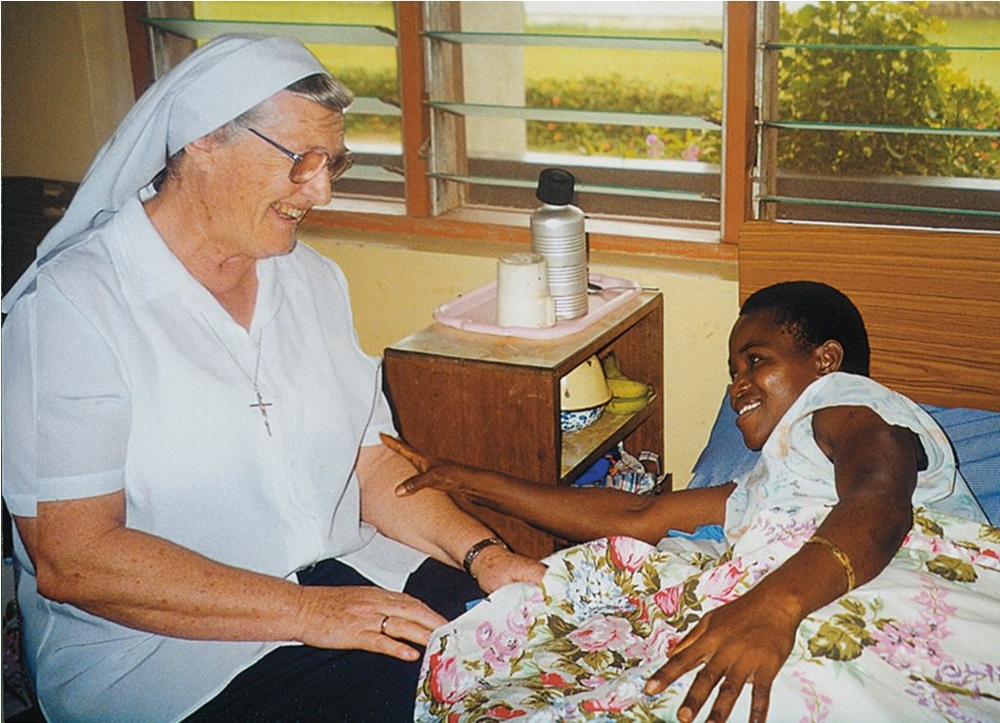