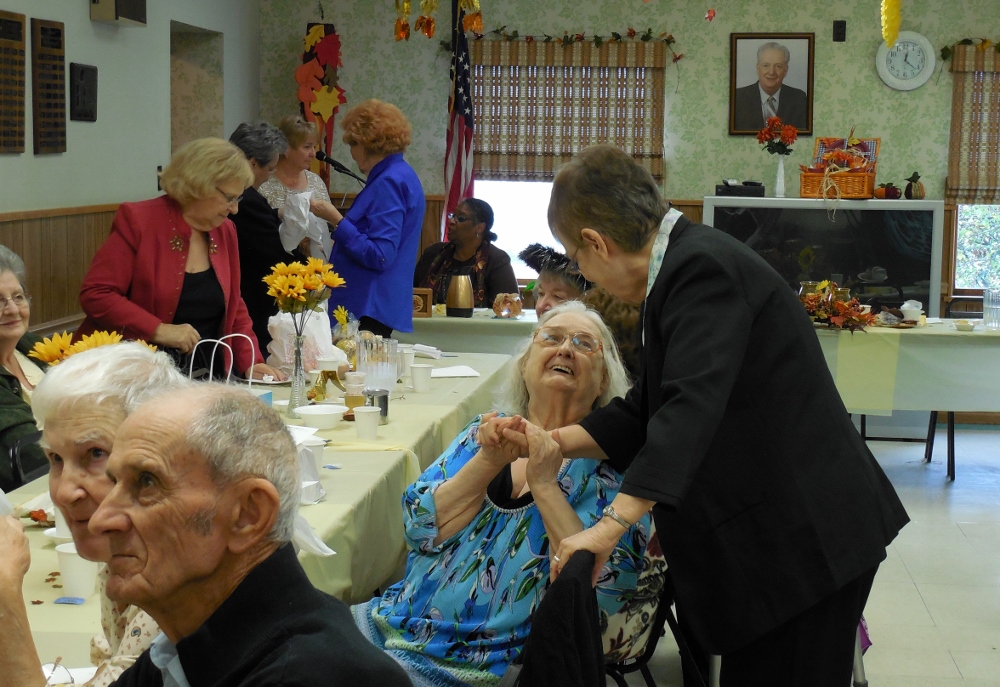 Forty years ago, St. Francis Sr. James Ann Germuska, of the Neumann communities, left her job as a schoolteacher to begin a ministry for the elderly and those seeking behavioral health services in Brownsville, Pennsylvania. With no experience in geriatric or mental health care, Germuska founded Crosskeys Human Services, a nonprofit organization now with eight locations throughout Fayette County, an area with one of the highest poverty rates in the state.

Services include social or psychiatric rehabilitation and a drop-in center, with the goal of a new program every year. Though she's received numerous awards throughout the years for her work in this area — which she insists be attributed to her entire team, not just her — Germuska said her proudest recognition was the 2016 Salt and Light Award from the diocese of Greensburg.

The wider community found these programs so successful, she said, that she and her staff have been asked to duplicate them throughout the county.

"At first, back in 1983 when I was first putting together the mental health programs in Brownsville, oh, the town was up in arms," Germuska, who will turn 80 in March, told GSR. "They were like, 'You're bringing those "crazies" into town, and we don't want them here.' Well, once they arrived, the town just loved them."

One reason was the economic boost the center brought: Germuska said she makes sure her staff buys their food and supplies from local shops.

In a conversation with GSR, Germuska talked about seniors overcoming the stigma of mental issues, how she reaches out to the community, and how she feels the Holy Spirit every day.

GSR: Tell me about your relationship with the elderly through the years. When you began 40 years ago, did you have any experience working with seniors?

Germuska: I've always had a love for the elderly, even before I came to the convent. There was a lady that lived across the street, and nobody could understand why I would go to visit her.

I've always liked the elderly. Even in the community, I would gravitate toward the elderly, and I also have a love for mental health. I have that dual love in my heart already. I'm probably older than some of the ones who come, but I have a lot of energy.

There's been a change, I've noticed, that when we started, those who may have been in their high 60s and 70s came to the center. Today, that age group is either baby-sitting or still working, so we're really getting the really old.

There's one thing I definitely want to do: A lot of the elderly are not getting mental health services because that was frowned upon when they were growing up. If you had to talk to someone or if you had a mental health [issue, such as] depression, that was looked down upon. So I want to make that available to them in the center. I want to have a mental health counselor on staff once a week so that we could bring more people in who are just sitting at home. So many are sitting at home, depressed; they've had so many losses in their lives. They need to begin to see that this is normal, that it's OK if I feel depressed, or that I have a good reason to feel depressed, and that it's OK to feel bad. You've lost so many people, you've lost so much, you can't drive anymore, and we could provide the transportation. I want to zero in on that. 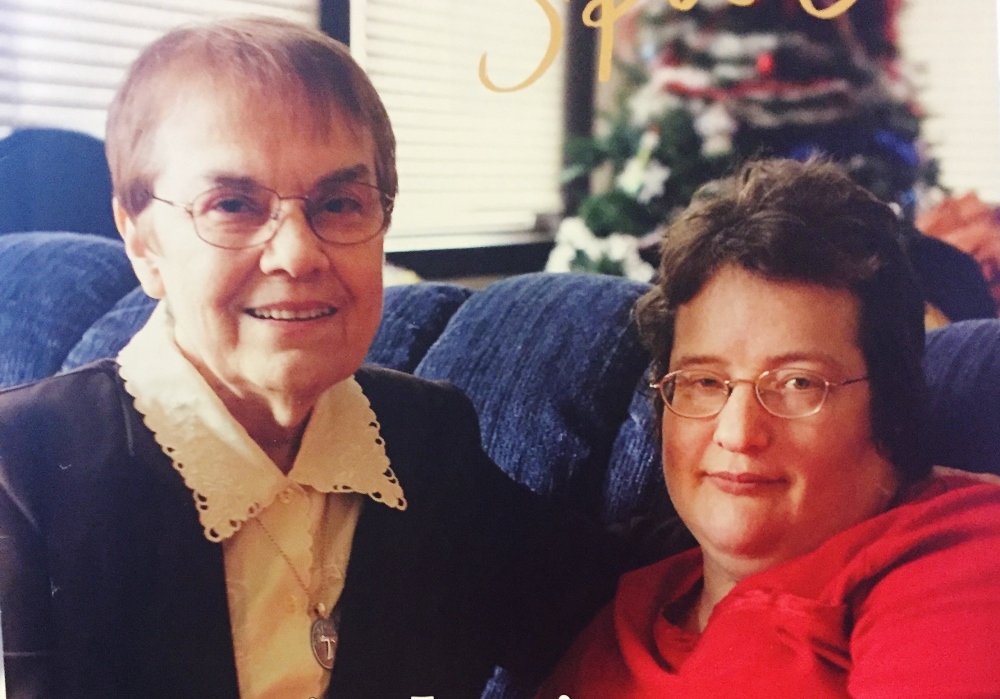 St. Francis Sr. James Ann Germuska, left, with one of the people she's worked with over the years at the centers. (Provided photo)

I don't believe our elderly are having that issue addressed. I know they're not. Some will come in, and you can just tell they're having a down day, but they don't think they should let you know that they're depressed, because in their day, mental health had a stigma attached. That's what we're trying to do — remove that stigma.

Have you ever been met with resistance from the seniors?

Not so much from the seniors. Some [elderly] people think they should be sitting at home taking care of themselves because that's what they always did. And they need to know that these programs, they are entitled to make use of [them].

What I like about the program offered through the area agency is that you don't have to do a means test. You don't have to be poor. They can be poor in so many ways — not just monetarily poor — to participate in the services, and there's been resistance there.

But your needs might be that you're lonely, so we're looking at needs of all kinds, not just monetary. They can be a millionaire and still come to the center. They may cook for themselves, or just make a sandwich, so that they feel like they're still taking care of themselves. I learned a lot about how they think, that some feel they should be taking care of themselves because of how they were raised in the '40s and '50s.

We have a beautiful front porch that overlooks the town of Brownsville, so to get people to better understand the center, we started a café on that porch about four years ago, open from May to September. We offer breakfast as an outreach to the community. For the breakfast, anyone can participate; age doesn't matter. But we aren't doing that breakfast to make money. We're doing it so people know what the services are that Crosskeys offers, and it's amazing how many seniors have started to come to the center through that breakfast program. That resistance is breaking down through that outreach.

Do you have a favorite anecdote or experience you like to recall of someone who's improved thanks to your services?

This little lady was alcoholic, and when she didn't have money for alcohol, she'd buy mouthwash. I didn't realize people did that when they didn't have alcohol. She was in our program, and I got a call at midnight from her where she had said, 'I just drank a whole bottle of mouthwash.'

The next day I get a call, and she's sitting on the front lawn, throwing her clothes all over the place. The police came and took her to the hospital. Today, she comes to our psychiatric rehab program. That was eight years ago, and she has never relapsed. I get a Christmas card from her every year. She's doing great.

Others have jobs and are in competitive employment. One is a beautician. She couldn't even sit up straight in a chair when she came because she was so phased out on drugs. About 10 years ago, her brother called me and said, 'If she doesn't get help, I'm going to kill her because I can't take it anymore.' He was very angry, and she said her biggest worry was that she had to go to jail — but she didn't because I took her in. She has a beauty shop today and is doing great. 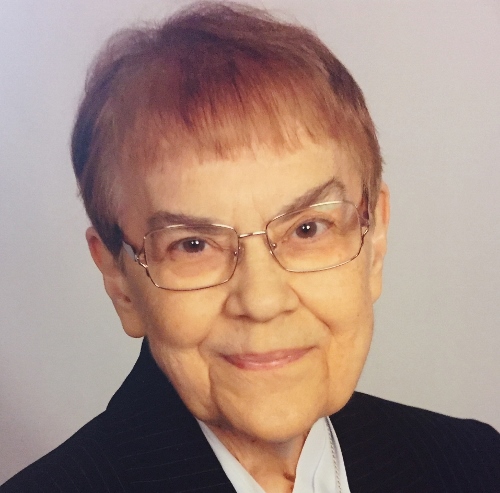 I can just almost touch him. I know the Holy Spirit is there because I wouldn't be able to do anything without his guidance. I've always believed the Bible to be divinely inspired.

When I look at the first proposal I did in competition [for grant money], I don't recognize it. I know that I did not do that. When I handed it to the area agency, I was panicky at first — I didn't have much time, only two weeks to turn it in — and after I handed it in, they looked at me and said, 'You told us you'd get us something, but we weren't expecting this.' So I look at it like the Holy Spirit wrote it. It's almost palpable — I can almost touch it. That's how strongly I feel it.

I love what I do, and I know that it's the prayer life that I have that keeps me on. I work with people who are nice to work with; I have people on staff who have been here 30 years. The people I've lost to death or who have had to retire, that's been the hardest thing for me.

I believe this: Your staff is the most important commodity in a program. And I believe that no matter what I do in my office at my desk — it's fine to get the ideas, to say, 'This is what we should do,' and get the paperwork done, but it's the frontline staff that does the work. I continuously tell them that, that they're the most important part of the program — barring none, myself included. And I think when they realize they're so important, they work better, and they take pride in their work.

Q & A with Sr. Mary Rashmi, empowering Masai women and girls in Tanzania