Q & A with Sr. Judith Royer 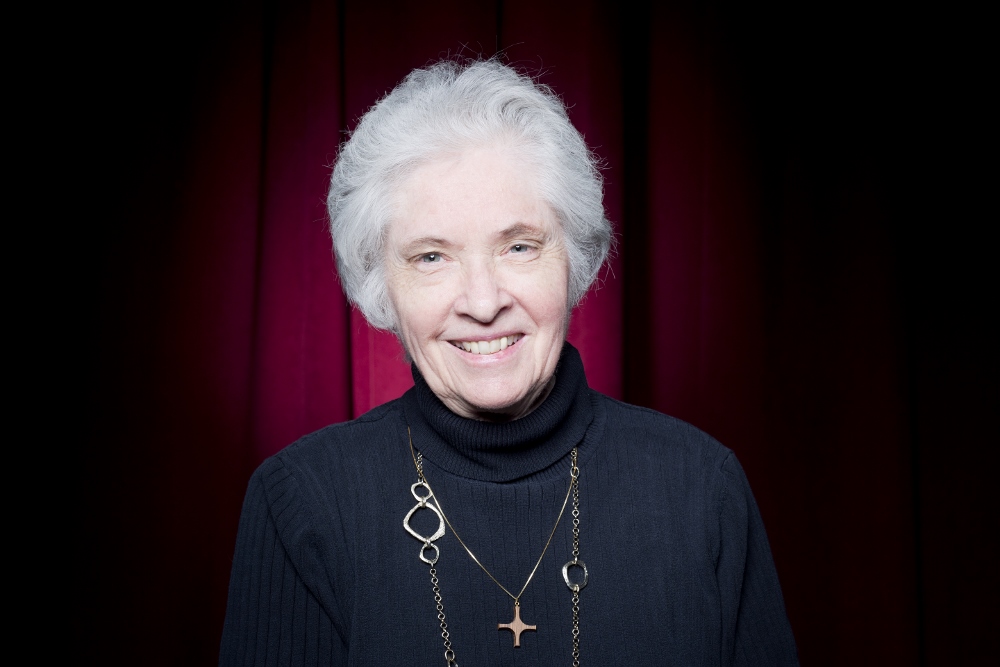 Sr. Judith Royer has had a 40-year career as a professor of theater and in February was honored with a Lifetime Achievement Award by the Kennedy Center American College Theatre Festival. She is also a St. Joseph sister and director of the CSJ Center for Reconciliation and Justice, established at Loyola Marymount University in 2012 to host forums on social justice topics and be a resource for education and reflective action.

Or is it the other way around? It doesn’t matter, she says: Vocation and career are too intertwined.

In addition to having taught theater at LMU for 40 years, Royer, 73, is director of the Playwrights Center Stage, which develops new plays, has directed over 35 revivals and 40 original scripts in the United States and the United Kingdom and has worked as producer, director and dramaturge with development programs sponsored by the National Endowment for the Arts, Playwrights Theatre, the Mark Taper Forum, and Theatre Gallery in Los Angeles, where she was founder and former artistic director. In 2012, she won the Milan Stitt Award for Outstanding Teacher of Playwriting from the Association for Theatre in Higher Education.

Most people wouldn't naturally see a link between religious vocation and theater. What aspects of vocation do you see within the theater world, and how does that make you better at all you do in theater?

Why would you assume there is a separation? If we have a theology of the incarnation . . . then all things are holy and transform the community. So I have a lot of trouble with people who say there are distinctions.

I see no distinction between my work and my religious commitment at all. It’s all rooted in the incarnation – people who are religious should be embracing everything in the world and transforming it into a better place.

What aspects of theatre do you see within your vocation? I imagine most people only think of theatre as acting and would therefore assume theatre should have nothing to do with vocation. But you obviously see it differently.

About 50 to 60 percent of my theater work is theater for social change. On the other hand, I don’t have any trouble doing a good comedy – comedy helps form, build and heal the community, and that is a holy thing to do.

Remember, all theater originates out of religious ritual, so us seeing a dichotomy between those things is not being aware of where we came from.

Theater is the one art that is totally communal, and that’s exactly what we do in religion – we function together communally. One reason I was drawn to theater is it helps transform the people participating in it, but it also transforms the audience.

Some people say certain plays or certain topics may have a place in secular theater, but are antithetical to religious life. How do you deal with those topics?

God took on flesh, so why are we running away from it? If it’s part of creation, it’s not bad in itself; it’s how we abuse it that’s bad. So our work as humanity has to be to improve that.

I firmly believe in the role of the artist in society. Art both entertains and instructs; it holds a mirror up to society. That’s the role of an artist anywhere. When you have a dictator come in, there are two types of people they kill right away, the intelligentsia and artists. Artists have the ability to move people to action, and they don’t want those people around if they’re going to control a society. That role of the artist is so critical to society we cannot do without it.

In many church-related fields, deep faith or true sincerity are often seen as making up for a certain measure of quality. Certainly, we've all looked past the flaws in a Passion play or an inexperienced cantor and focused on their heart instead. How do you see the quality of one's work – in any area of our lives – relating back to vocation?

Anything we do should never be anything but the best quality. And bad religious drama to me is worse than anything, its bad for both the participant and the audience.