Sr. Judy Zielinski, a Sister of Saint Francis of Sylvania, Ohio, is the director of faith and values programing at NewGroup Media, a communications company in South Bend, Ind. Before joining to the company in 2012, she served as the communications director for the Conference of Major Superiors of Men in Washington, D.C., and spent 10 years in Los Angeles working for Family Theater Productions. She has produced numerous films for both broadcast and education, and two of her documentaries about Catholic sisters, "Interrupted Lives" and "We Shall Not Be Moved," have won Gabriel Awards from the Catholic Academy for Communication Arts.

I guess as a child, I fell in love with reading, and I fell in love with stories. I was a prolific reader; I didn't think anything of going to the library and taking home and 16 or 17 books at a time. I had a bicycle with a basket, and I would ride home with it chock-full of books. I guess that love of reading translated into wanting to be writer. As a child, my life's ambition was to be an author, but as I got into high school — I was a child of the ‘60s — media was exploding all over the place, and I became very fascinated with the interplay between words and images.

I was the kid in high school always putting together slideshows, where we would have poetry or readings or a prayer service set to music with photography and slides going by. And I just became very aware of the synergy between words and images and how they were both powerful on their own, but put together, there was this kind of secondary, nuclear reaction that happened, at least for me. I just wanted to become part of that, I wanted to be able to tell stories and to communicate with words and pictures.

Did you study media in college?

I got my undergraduate degree in English, and I became a teacher. I taught junior high and middle school, all the while still dabbling in writing. When it came time, after a couple of years of teaching, to pursue a master's degree, I was called in and asked if I had a preference as to what I wanted to study. They were hoping to kind-of turn me into a chemistry teacher, and I hated science. I remember talking to the dean and saying, 'I really want to go into communications.' And she didn't even understand me, she said, 'You mean like counseling?' and I said, ‘No, I mean like media communications.’ So they considered that for a while; it was the '70s and the church was very involved and very invested in the media at the time — the potential of using media for evangelization.

I was surprised and pleased when I got a yes, and I ended up going to Notre Dame University here in South Bend and getting a master's in communications. It was a generalist degree: I studied writing, design and layout, graphics for print and publication, photography, some Super 8 filmmaking and some very basic video.

It’s great that they listened to what you wanted.

I'm really happy that my community was able to see talent and potential in me that could be used in this field. And they've been very generous and very supportive all these years in allowing me to do this work. In a way, they're sharing me with a lot of other congregations and a lot of other groups and a lot of viewers. I think if my community had said no many years ago, my life would have been very different, but they took a chance and they believed in me and I'm really grateful that they did.

It's probably the same answer for both questions, and that would be 'Interrupted Lives,' the story of the sisters who lived under communism. When we did that project, almost all of the sisters that we interviewed did not speak English, so all of the interviews had to be conducted through a translator. And then bringing all of that home and trying to weave the story together — it’s a 40-year period of European history spread across six or seven different countries. It was a very challenging story to try to get my hands around and to be able to tell with some of degree of coherence. But it was also very moving — powerfully moving and emotional — to be involved with that.

We took two sisters, who were probably in their 70s or 80s at that point, back to a prison in Romania where they had been kept in a cell with 40 other women. That was their first time back, and to see them walking into this room, looking around and then praying for not only the women who had been in there with them, but praying for their jailers, was extremely moving.

How does your work fit into the charism of the Franciscan sisters?

Francis was a troubadour, he was a poet, he was a creative artist and he preached in such a way that people stopped and listened to him talk about the love of God. So my hope is that in some small way, the kind of preaching I am able to do through my programming will have some kind of similar effect on people, it will raise their minds and hearts to God. Our particular ministry statement says that we are called to move among the people as messengers of peace, and I feel that in doing this kind of work — this media work — that’s exactly what I do.

People tend not to believe in their own goodness, or their own importance or their own value — and so it's the chance for me to be able to shine a light on all the gospel goodness that is around us and that is being exemplified in people's lives. I feel really blessed to be in media and to be a writer and a producer.

[Dawn Cherie Araujo is a staff writer for GSR.]

Related - Sr. Judy Zielinski talks about her work with A Nun's Life Ministry. Hear a clip from that podcast here. 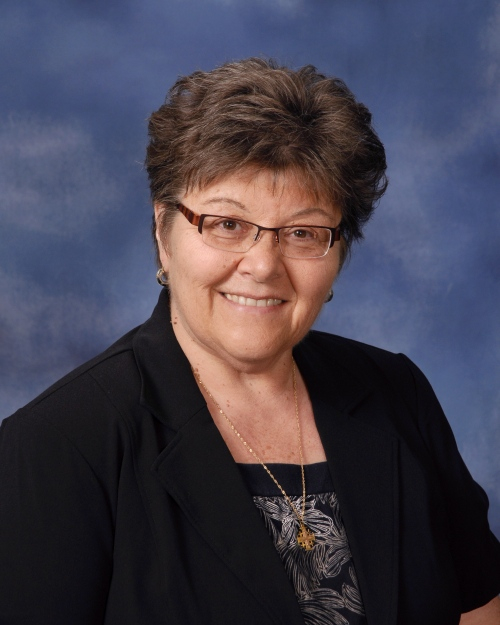