Q & A with Sr. KC Young, teaching mindfulness to current and former inmates 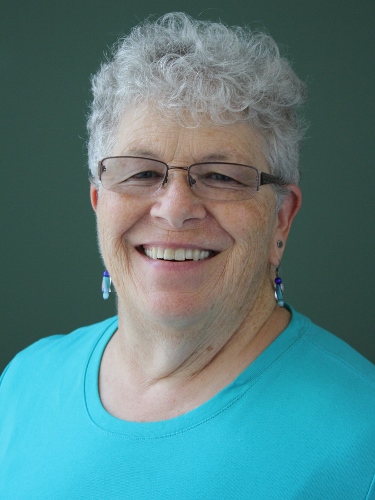 She's served people who are homeless and people who have addictions, in hospitals and on Indian reservations. Now Sr. KC Young, a Dominican Sister of Sinsinawa, works with inmates and ex-inmate through the Freedom Project in Seattle, an educational program that teaches mindfulness and nonviolent communication courses in five prisons throughout Washington.

The project was initially founded to work solely in prisons, Young said, but "we realized that because this is transformational work and we're talking about connection, then we need to be connecting with those post-prison as well."

Courses are prison-based, not faith-based, Young said. Fleet Maull, who spent 17 years in prison, developed a mindfulness curriculum that Freedom Project uses. About 25 people take a course at a time, learning new communication tools and observing "what they've done, the feelings around what they've done, and connecting their feelings with needs (like, 'I have this feeling, so what's my need?')," Young said. The program also includes two-day workshops once a month with themed presentations, such as forgiveness, gratitude or how to deal with grief.

The project also offers family workshops both inside and outside prisons so families struggling with the long-distance relationship and the stigma of having someone in prison have the tools to cope.

Young said recent research shows those who have participated in Freedom Project's 15-week courses have a 43 percent less chance of returning to prison (average recidivism is 60 to 75 percent), which saves Washington taxpayers $5 million a year.

GSR: How did you become interested in this ministry?

The vow of poverty that we're called to make is also an expression of being at one with those who are powerless and marginalized; we should be no different in one way. Sure, there's education and mobility, etc., but we're really called to be companions, I believe, and I think [the marginalized] can, and have, and do lead us closer to God.

In that regard, I think it was natural to be with the marginalized. We are in a country that has a crying need for criminal justice reform, and I remember how I did civil disobedience at different times and had been in prison.

Our penal system keeps people in the crime instead of heeding people to move beyond the crime. I know people can play the game and do this on the surface and sail through, but their hearts haven't changed.

Fortunately, I get to work in an area where their hearts get to change through the teaching of nonviolent communication and mindfulness. They learn about connection, compassion, empathy. When they have those tools, they can make other changes.

It's powerful work. I've gotten to find ways where I'm still in prison, whatever the blocks are that keep me from being more connected to others, have deeper empathy for myself and others, and deeper compassion.

What are common misconceptions people have regarding prisoners and those released?

It's one thing to lose your freedom and be locked up for however long. But post-prison, you've still lost freedom. You can't find employment, can't find housing. We've forgotten that people can change. You have to be realistic about that.

I find some of the people I've gotten to work with [to be] amazing in terms of honesty of what they've done, the harm that has been, and really facing that and making a pledge with their lives to live differently, because that's the only way they can balance out and make amends. They become living amends.

And there aren't many tools in prison these days to help people make real changes. 'You do what I say, when I say.' When I've made a mistake, I've had pause to look at it and say, 'Oh, wow, can't be doing that,' and I make changes so I don't continue to make the same mistake. But we don't allow that of prisoners.

Prisons and prisoners have been such pariahs in our culture that we don't even want to think about them. We want to turn the key on them and go away and pretend they're not there. But, of course, when they get out, they're still pariahs.

I know a woman who, because of her crime, is now on probation for life. She didn't murder anyone or that kind of thing. She's been out nine years, but at any time, her probation officer can call her and say, 'I want you to go do a [urine analysis], and you have four hours to get that done.' So she has to leave work, find a place to get a UA done, pay out of pocket, hope her boss isn't going to fire her because she has to leave work to do that. So she has to pay for her crime, even though she supposedly finished her imprisonment.

There are a lot of codes on our books that are very unjust. And as a nation, we can't afford that. We may want to look at that from an ethical perspective, but the fact of the matter is that what's really going to change these laws is our economy.

I think our culture makes us quick to jump to conclusions in subjects of society. I remember the first time, many years ago, when I was first doing some prison work, I was brought into the visitors' room with a gentleman, and I was simply told he was in there because he raped a woman. I was in a small room with him, and it was just him and me, and the door was locked. I remember feeling quite afraid.

And then as I got to know this individual, I realized that when he had committed that crime, he was in a whole different place. We shouldn't lock any one of us into any point in our lives and throw the key away. We grow with different experiences, we make changes, and we draw different conclusions. It's one reason why I came to religious life, but it's another reason why I choose to stay. Here are men and women who have made bad choices in their lives and then get to say, 'I'm going to make changes and do things differently.' But sometimes, our penal system continues to keep them outside.