Sr. M. Ivanna B. Ennemoser knows how to make a budget stretch. Ennemoser runs the Kariobangi Cheshire House for the Aged, which serves destitute and disabled elderly people in Nairobi, Kenya. The home is on the edge of an urban slum called Korogocho, where more than 700,000 people live in hastily erected shacks crowded into muddy alleyways. With less than $4,000 per month, Ennemoser cares for 35 heavily disabled live-in residents and provides twice-weekly lunches for 240 more people who suffer from diseases such as leprosy and HIV/AIDS. The 77-year-old Franciscan Missionaries for Africa sister has been on this continent for 52 years – serving in South Africa, Zimbabwe and Ethiopia. She came to Kenya 17 years ago and has been at the Cheshire House for the whole time. Global Sisters Report visited Ennemoser in January to see more of her work with people who are overlooked by society three different ways – being elderly, poor and disabled.

How did the Cheshire House start?

When sisters came to this area to see what needed to be done in this parish, they found that there was nothing for the elderly people. They saw people dying in huts, houses, on streets, under trees. They decided to start something for the destitute elderly. When they started they opened under the umbrella of Cheshire Houses [a British charity for the disabled] for fundraising, but now we operate independently.

What kind of people live at the Cheshire House?

We have 35 residents who are destitute elderly men and women who require full-time care. We are not a hospital, but the people are quite feeble. These are people that we cannot trace anyone to be responsible for them. Maybe they have family far away that has disowned them. Everyone is elderly except for one young man who has multiple sclerosis, and his mother threw him out of the house. We also have four orphans, which we’re not supposed to since we have no space, but they didn’t have anywhere to go. We have two twins here; their mother gave birth at seven months on the table of a hut. Her boyfriend said, “I don’t want those rats, throw them in a ditch or in the latrine,” and then kicked her out. Her grandmother had been coming here for our feeding program, and she begged me for help. The woman simply couldn’t stay with her grandmother, because the grandmother was already supporting three grandchildren, as well as another daughter and two of her children. If we left the twins there, they would die. So we brought them here temporarily. They are so healthy now!

What other types of work do you do at the Cheshire House?

The other side of the operation is a day care. We have two groups. On Tuesdays, we have 120 people suffering from leprosy who come here for socializing and lunch. They pray together, and the residents join them. In Kenya, we don’t see many new cases of leprosy because now there is medication, so people are cured without mutilation. But we still see some cases from Uganda and Tanzania. Most of the people coming here who have leprosy are old cases; they have lost their hands or are blind. We serve them lunch. Sometimes we dance and sing. They go for medical care. We shave them, clip their fingernails, things they are unable to do on their own.

We also hand out food – maize and beans mostly, and once a month we give out soap, cooking fat and salt. On Monday and Wednesday we serve 120 people who are not disabled but simply do not have enough food for their families at home. Many are grandparents, like the great-grandmother of the twins, who have to support many grandchildren. Also, I have 26 employees here, who are all locals from the slum. All the workers come from destitute families, so overseeing the workers is like a third project.

How do you keep your kitchen so well organized?

Every refrigerator and freezer has bags of vegetables that are sliced and labeled. We rotate the workers every day so they’re always doing new things. We use a lot of water and soap here; we use rainwater to do our washing. We used to have a washing machine but it’s broken. I do have one luxury item: a $100 vegetable slicer that slices carrots, cucumbers and broccoli. My family bought it for me, and we use it all the time.

How do you support this project?

We count every shilling. We own two apartments, so we get a bit of rent from that, about $900, but every week we give out $350 worth of food, so it doesn’t even cover the handouts. We get small donations from people, $100 here and there. We get some money from my family and from my parish in Italy. I was born in the Dolomites, the German part of the Italian Alps. They have something called ‘soup day’ when everyone gets together for a meal of soup and the proceeds go here. Our cash expenses are about $4,000 per month, and we get $15,000 in donated food and vegetables each month [past sell-by dated produce from a local supermarket chain]. Last June we were so low I thought we had nothing left. But the diocese at home cannot keep supporting us. Sometimes people donate whatever they can, like medical supplies, and every little bit helps. 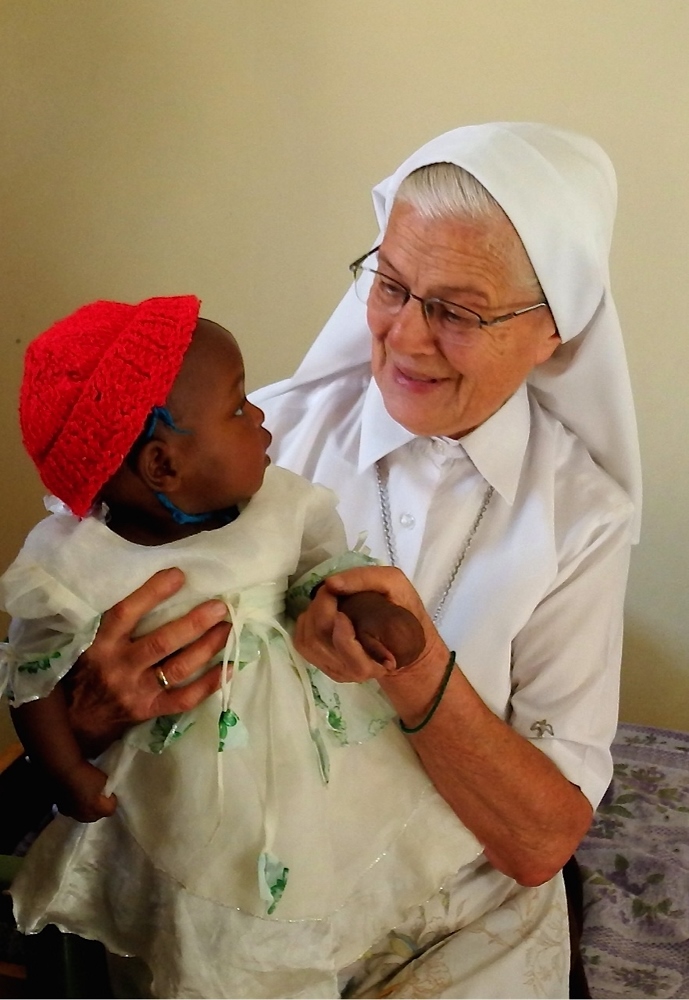 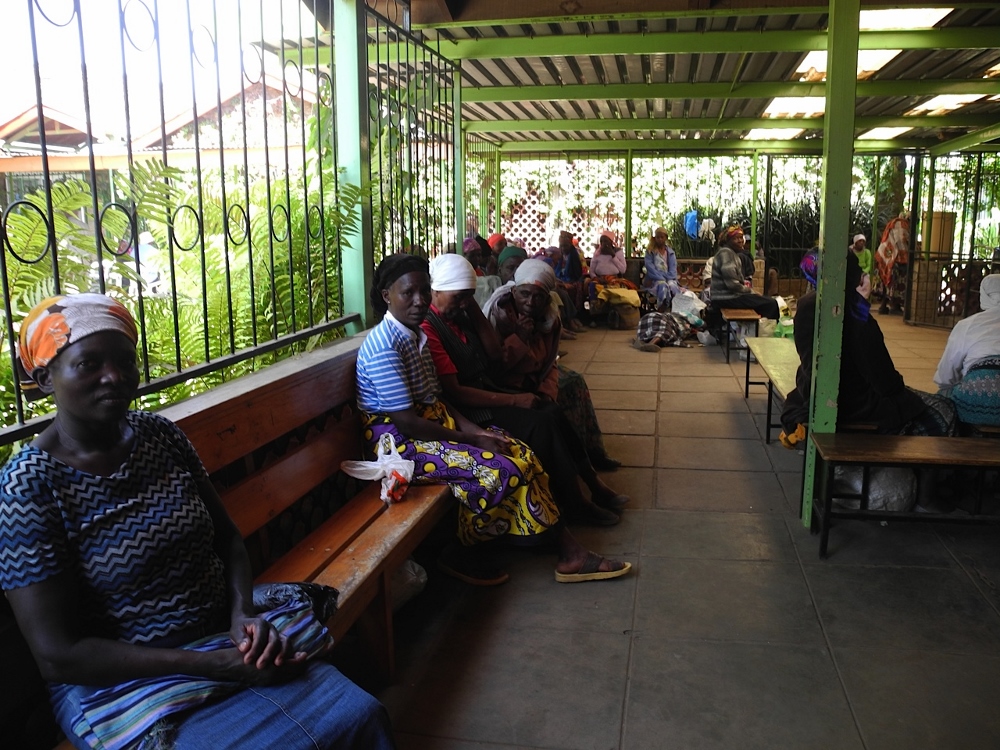 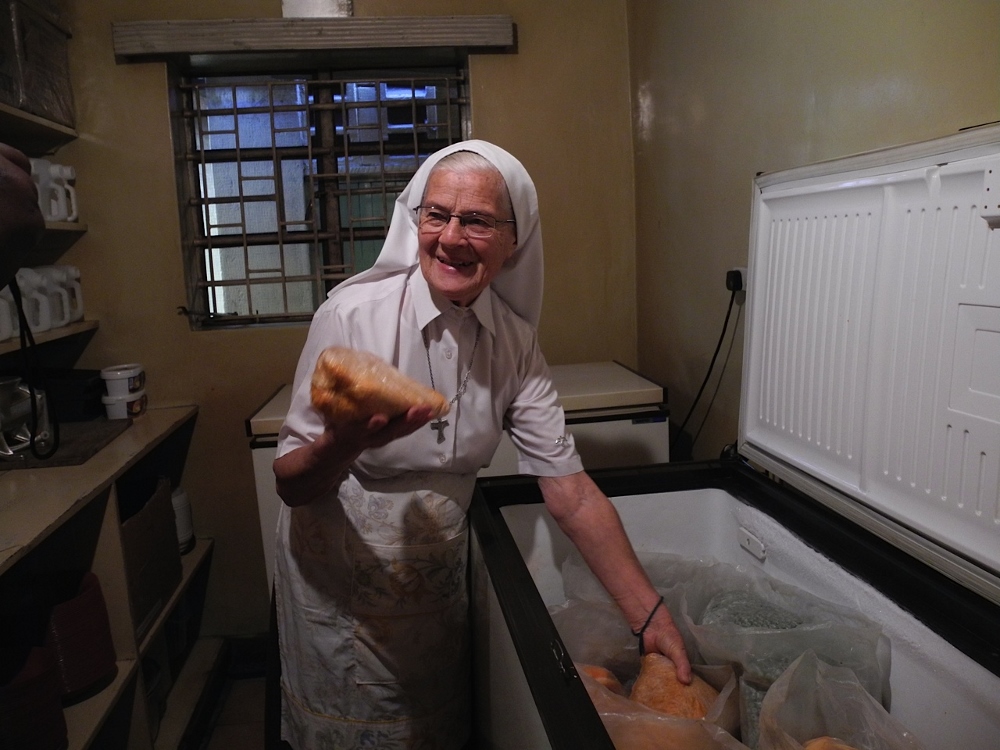 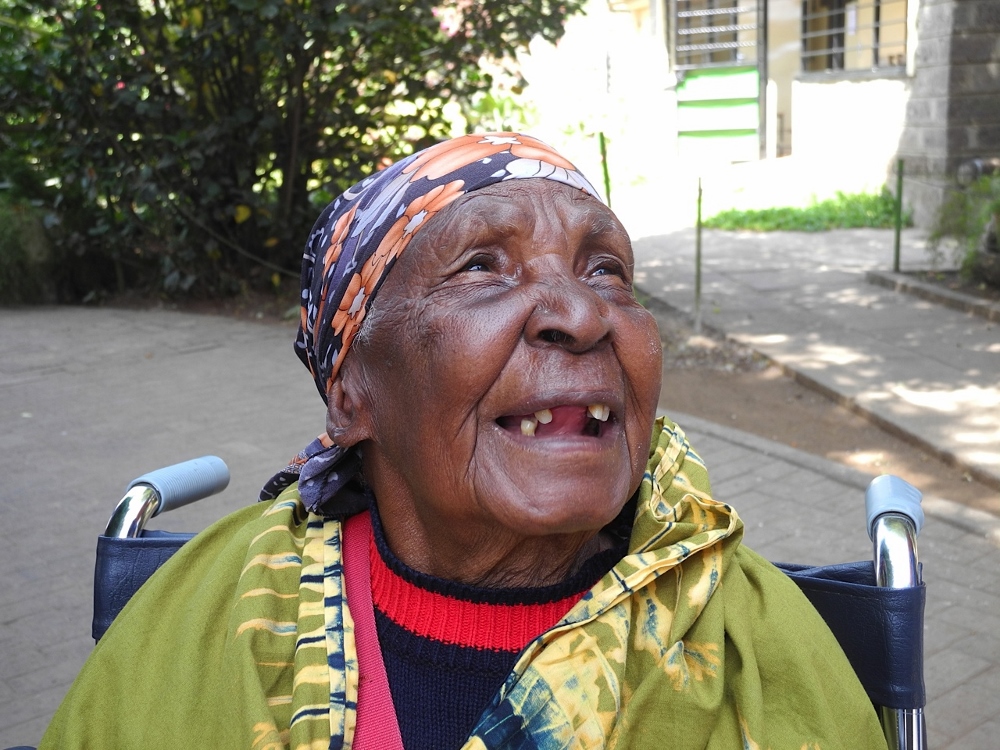