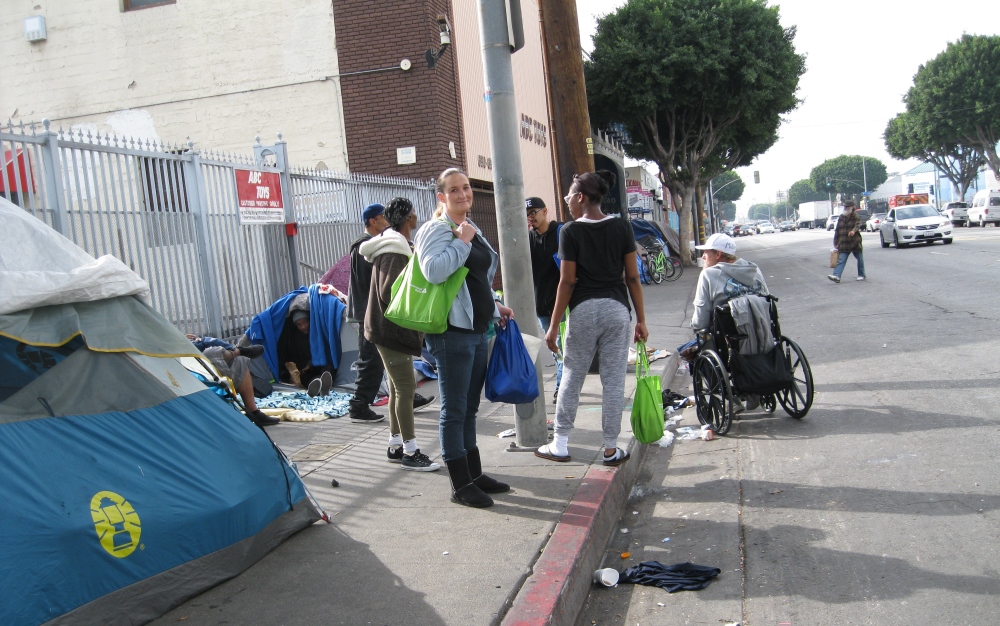 How does a Catholic nun from County Cork, Ireland, find herself on the streets of Los Angeles? By leaning into her religious order's motto, Caritas Christi urget nos ("Christ's love urges us on").

Los Angeles, the city of celebrity and excess, is also home to Skid Row, a segment of downtown synonymous with destitution, squalor and crime. Although Skid Row is commonly considered one of the United States' largest concentrations of chronic homelessness, numbers are hard to pin down. But according to a 2016 census conducted by the Los Angeles Homeless Services Authority, there are approximately 6,000 homeless people in Skid Row.

Sr. Margaret Farrell, a Religious Sister of Charity from Ireland who was sent to California as a novice in the late 1980s to serve in Los Angeles' juvenile halls and who has been the spiritual director of Covenant House California since 2001, finds that even today, there are Los Angeles natives who are oblivious to Skid Row's existence.

Farrell created the Matthew 25 Project in late 2014 to minister to and advocate for the residents of Skid Row. She lives her love for Jesus through his commands to love one another and to feed his people. 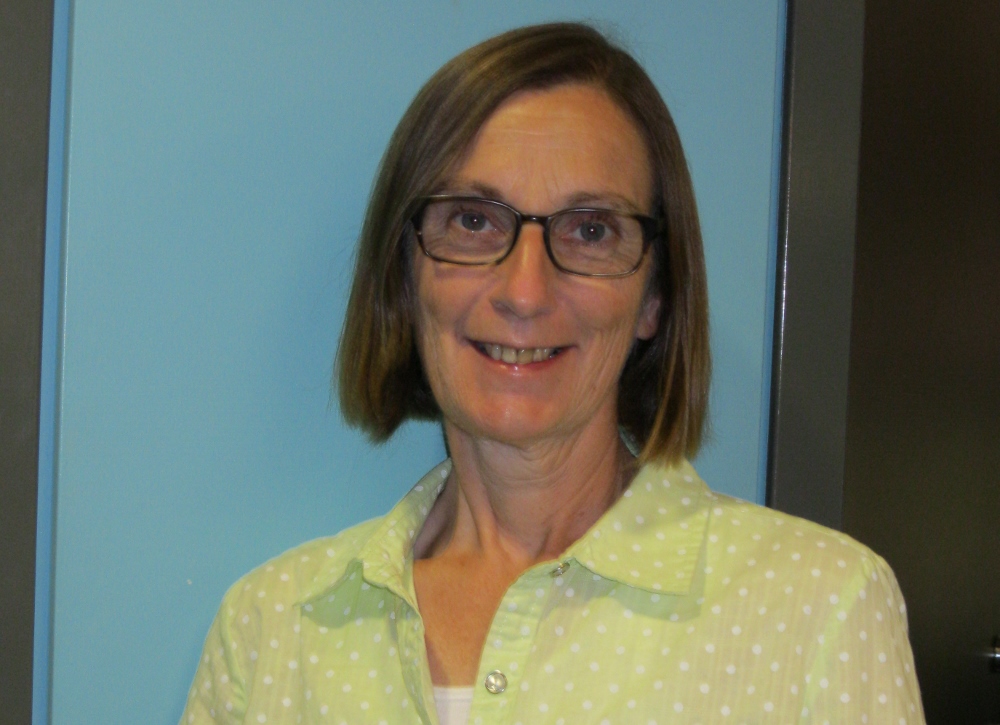 GSR: What moved you to get involved with the people of Skid Row?

Farrell: A former youth at juvenile hall, where I used to serve, inadvertently got me involved. After being in and out of jail, this young man eventually found housing in downtown L.A., in Skid Row. We've remained in contact, and from time to time, he calls me for assistance. So I found myself dropping off things like food, small housewares, or clothing to him in the middle of the night.

In my negotiation and navigation of the area, I'd have to wait for him to come down to the street to take the things from my car. I'd be sitting in my car, say, 10 minutes at a time and would look around and see what was happening. I'd see people living out of tents and boxes. It looked like survival of the fittest, and at nighttime it appeared especially spooky. Police are always patrolling, and there'd often be incidents and sirens wailing. I could not stay parked in one place for more than a few minutes because the police are constantly moving cars along out of legal and safety concerns.

During these Skid Row runs, I would think about the youth at Covenant House, where I work, and about how much better off they are in comparison. Covenant House offers safety, health care, meals, education, and all sorts of programs for 18- to 24-year-olds. Many of the people living on Skid Row are older and as such are not eligible for Covenant House programs.

What is the Matthew 25 Project, and how did it begin?

I used to take the Covenant House youth to Mexico to work at orphanages there, but with all the problems at the border now, it's become nearly impossible to get through. One of the missions of our outreach projects is to teach the youth to give back. To that end, I needed to come up with another project and kept thinking of the people of Skid Row. So when it came time for our Christmas party in 2014, I asked our sisters to bring knit caps, socks, sealed snacks, candies, and bottled water to give to people on Skid Row rather than gifts for one another.

I proposed to Covenant House administration that some of the youth and I could use the Covenant House van to deliver the items to Skid Row. With their approval, I then spoke with the youth to get their opinion. To my delight, everyone I spoke with was immediately on board with the idea. Since that first Christmas outing, the project has evolved to a monthly visit to Skid Row. We prepare bagged lunches: making sandwiches in the morning, adding in other food donations that we may have gotten, plus a bottle of water. We go the last Saturday of each month, and our next trip will be on Aug. 27.

As far as the name, Matthew 25:35 is what came to me. Jesus said, 'When I was hungry, you gave me food. When I was thirsty, you gave me drink. When I was a stranger, you took me in.' This is what he asks us to do, and this is how I explain it to the youth, many who have no familiarity with the Bible or Jesus. 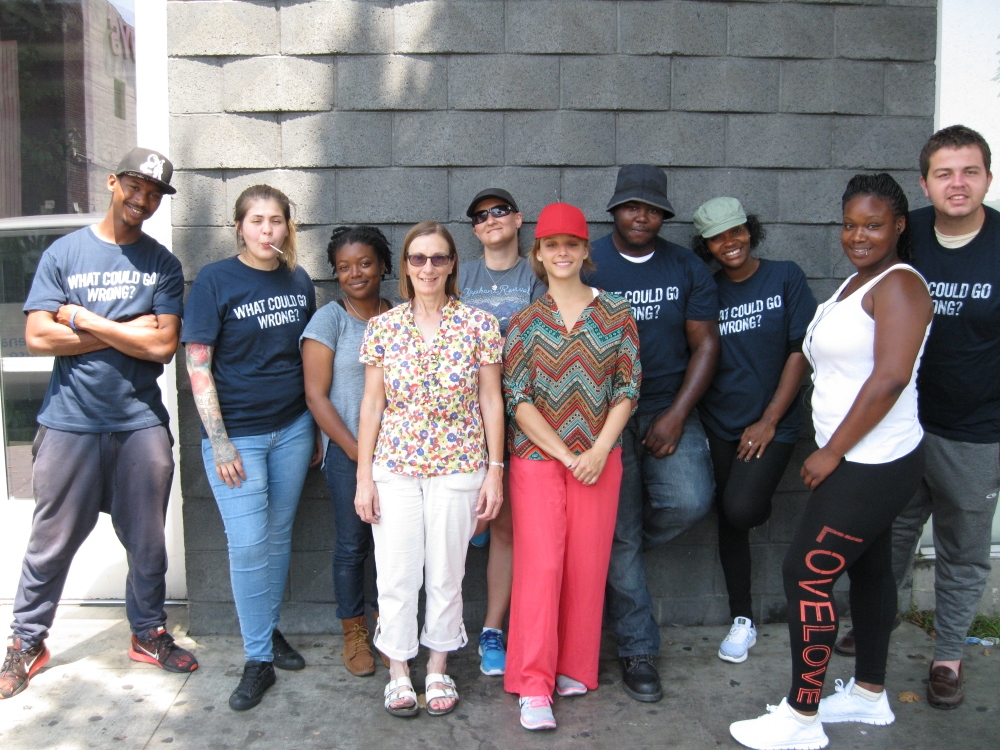 How do you and the youth approach the people in Skid Row? Do you ever feel unsafe, and have you ever met with resistance?

It's always on my radar that the environment can get dangerous. Police are patrolling, things are going on, especially with the drug use and mental illness. More and more people in Los Angeles are becoming homeless with less available affordable housing and an extremely high cost of living. So before our group gets out of the van, we pray and talk a bit about what Jesus was saying in Matthew 25:35. For safety reasons, I send them off in pairs, telling them to stay within a two-block radius, keeping the van in sight. I tell them to introduce themselves to the person — don't just hand over a bag. Ask them how they are feeling today. We have discovered that recipients are always most grateful.

How is the Matthew 25 Project affecting the Covenant House youth?

Some of our youth started out in Skid Row themselves, and now they are grateful to God that they no longer there. For others, they see how hard life is on Skid Row, and it impels them to strive for better in their own lives, not wanting to end up there. Because the youth are able to see how far they themselves have come, realizing how other people have reached out to them and made a difference in their lives, they want to do likewise.

I see the Holy Spirit inspiring the youth to join in and lend a hand to the suffering. Serving the people of Skid Row is not something that is readily apparent to them. The invitation is there, and their spirit responds. Something stirs them on the inside, and I would say that is the Holy Spirit.

The Covenant House youth are an unlikely bunch. They're not necessarily religious or Christian or familiar with the teachings of Jesus. They're coming out of survival mode themselves, and yet something moves them to serve.

One of our youth recently summed this up perfectly after a trip to Skid Row, saying, 'My heart grew two sizes today!' Before going, this youth was particularly reticent, and so for him to have such a response, to me, shows that the Holy Spirit is at work.

What keeps you going? How do you maintain your faith in the midst of despair?

I have to always see the bigger picture of life. If my focus were only on the immediate situation on the streets, it would appear hopeless. As much as I'd like to see a quick solution, I have to concede to God's sense of timing. I do my best to advocate for those on Skid Row and for others who have no voice. This work allows me to be more vocal about the problems of homelessness, and it also allows me the opportunity to encourage others to advocate for those in need.

Each success story inspires me. For example, when we visited the Los Angeles Mission in Skid Row, we met a man there who'd been homeless, living on those same streets for 20 years. He told us how he'd managed to turn his life around by getting trained and licensed as a barber. Now he works as a barber at the mission.

People inspire me to dig deeper within myself to see what I can do. God is my faithful companion. He gives me the strength to continue on. Jesus said, 'If you give a cup of cold water in my name, you give it to me.' So this is what I do.

[Mischa Geracoulis is a freelance writer based in the San Francisco Bay Area.]

Q & A with Srs. Berta Sailer and Corita Bussanmas