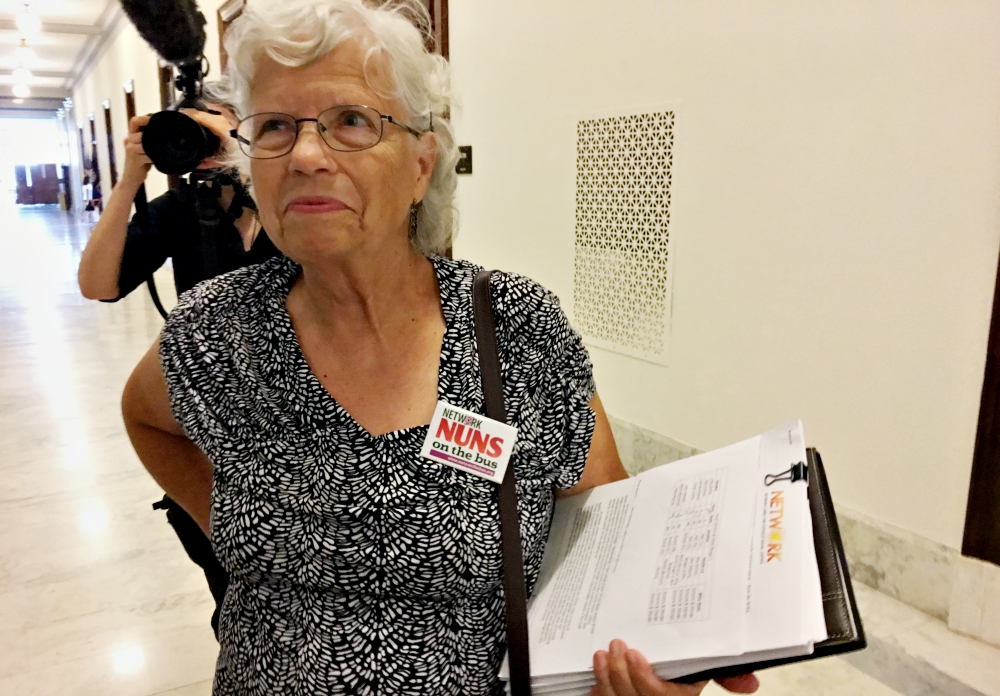 Sr. Marge Clark of the Sisters of Charity of the Blessed Virgin Mary (Courtesy of Network)

Sr. Marge Clark of the Sisters of Charity of the Blessed Virgin Mary fell in love with lobbying for changes in national policy while working in campus ministry.

She was leading a trip that took students to Washington, D.C., during Holy Week in 2003 when the group was visited by someone from Network, a Catholic social justice lobby, so that the students could learn about faith-based advocacy as they studied the issue of homelessness.

After about 35 years in education, teaching students how to be teachers, she was ready for a change, and she loved the idea of transitioning from service work to something to make that work unnecessary.

Now, more than 13 years after starting as a lobbyist for Network, Clark has retired. But she's not leaving the field of advocacy: She'll be a part-time coordinator for her congregation's shareholder education and advocacy group. In short, she'll be working to make corporations better citizens.

GSR: You retired on Halloween, Oct. 31, but we know sisters never really retire. Besides the shareholder action work, what will you be doing?

Clark: One of my other loves is photography. I've had some training in film photography, but never digital, so I'd like to learn that. I've done a lot of landscapes, sunrises and sunsets and a whole lot with flowers. I started a collection of photos of haystacks of the Midwest.

I'm trying to do some interesting things with photos of buildings, especially if they're heavily glassed. I want to do some exploring with that.

In the 13 years you've been stalking the halls of Congress, what changes have you seen?

I've seen a tremendous amount of change. When I first came here, staffers had friends on the other side of the aisle. Now I know staffers who've been teased or ridiculed or even corrected for walking down the hallway with someone from the other side of the aisle. It used to be that a lot of representatives and senators interacted, and their families would get together. Almost none of that happens anymore.

I don't know what caused it to start, but they started being oriented more toward politics than about the people. It might have something to do with Citizens United and the funding of campaigns. They're always worried about how they're going to get re-elected.

Campaign finance law in the 1980s and '90s did a good job, but we have not remembered a lot of lessons learned. 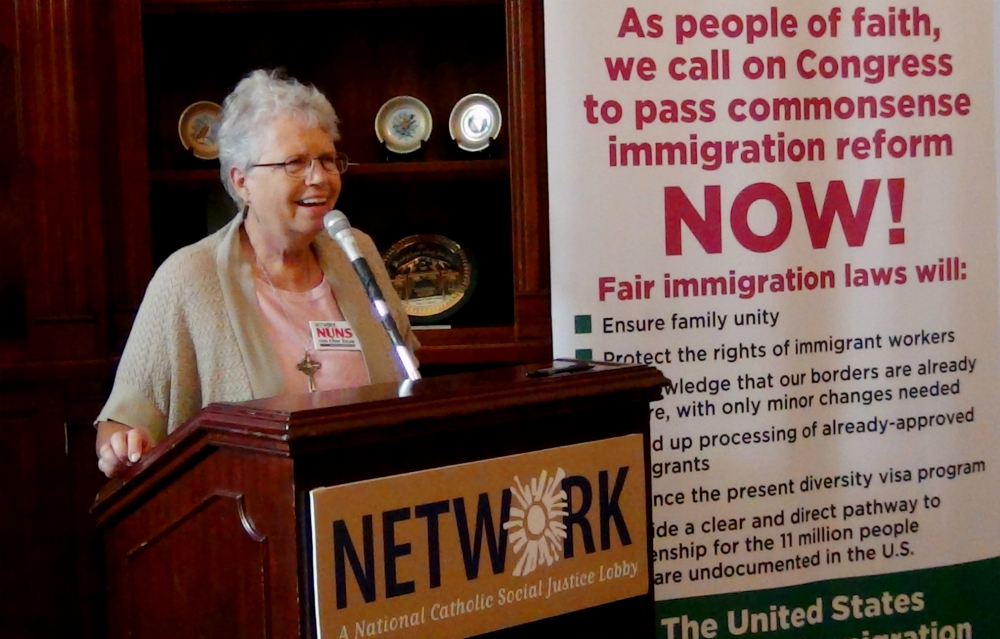 There's also a different category of people getting elected, particularly in the House. They're not particularly well-educated in history, the government or politics. One year, there was a big influx of new people in the House, and the person that went to do an educational presentation on the budget — how it works, how it gets passed — was beside herself because they were asking questions they shouldn't have needed to ask. One of their very first days there, before that educational session, they passed a budget resolution, and they thought that because they had passed it, it had become law. They didn't get how it works.

There's some really bright, wonderful people in the House, but more and more, it's the other kind. The Senate is a very different animal. They tend to be more thoughtful, more educated (and not with just book education).

So how do you operate in a hyperpartisan environment?

Data helps. For example, the Coalition on Human Needs does a five-year chart on about 50 or 60 human-needs programs and what the funding was the past several years to show how both the amount and percentage of funding have fallen. Even in Republican offices, they're really grateful for it.

We also go in with stories. We bring in people from their home district or their home state by phone to give them perspective.

There are a lot of things Republicans do that are very good things, and I try to be very cognizant of that and raise it whenever it's appropriate. The people I meet with are often really, really smart and caring, and they're often working for another way to solve the problem. I make it a point, whether it's a Democrat or Republican, to have something positive to say about what the legislator is doing. 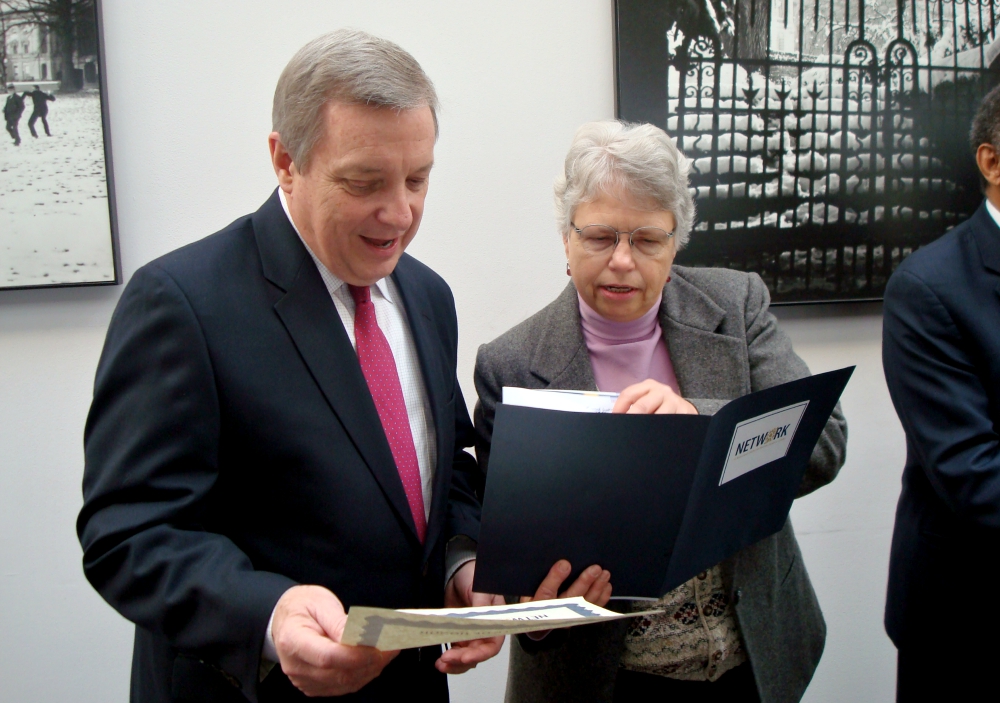 Sr. Marge Clark with Sen. Dick Durban, a Democrat from Illinois, in February 2009 (Courtesy of Network)

Do they see you as partisan, especially when so many of the policies you advocate for are embraced by the Democrats and rejected by Republicans?

There's some really good things coming out of both sides of the aisle, so I've made a point in my writing to never use the terms Republican or Democrat. I may say "the party in majority," but that's as close as I come.

If people are saying, "Everything you're for is what the Democrats are for," I say, "Let's look at who the people are who get Supplemental Nutrition Assistance Program [SNAP] benefits and why they get them," and I'm able to share stories and information about that. I don't care which party is for or against it. I care about the people.

I was working on the project of having sisters write letters to House Speaker Paul Ryan, but working on mine is giving me pause because I have a great deal of respect for Paul Ryan, but I also need to say some things to him. I think we both want the same things, but he has allowed himself to read and study people who are leading him astray.

What is it about lobbying that fascinates you? Most people have a very negative view of lobbyists.

I look at how Network started. There was a number of women religious working in all these shelters and food programs, and they got together and said, "We can do this all our lives, and it's not going to solve the problem." 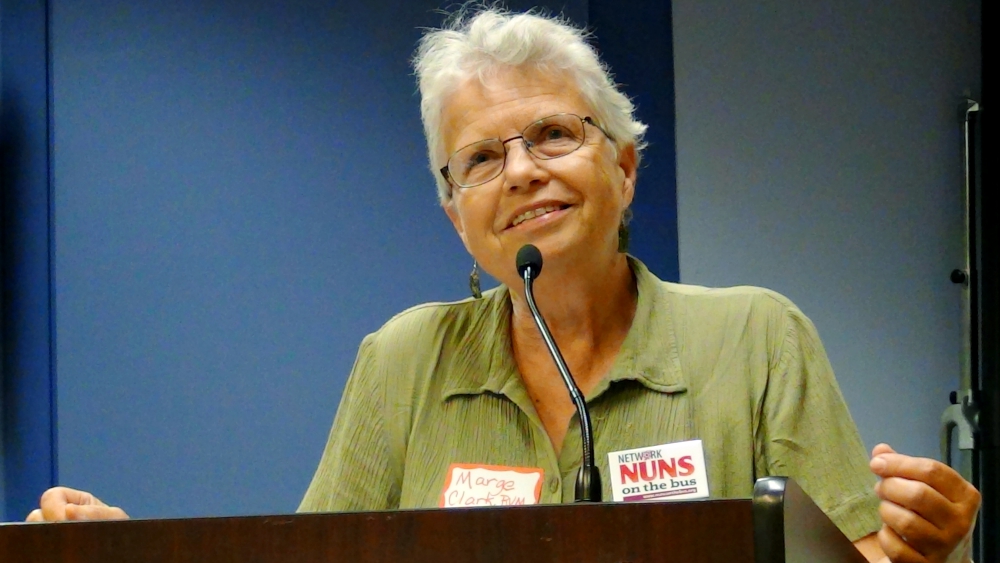 There's a limit to what service work can accomplish as long as policy is working against it. There's an old story about people who keep finding bodies in the river, and they never stop pulling the bodies out because they never ask who's throwing them in upstream. That's a lot of what we're dealing with.

But it's been a very good 13-year run, it really has. I've been doing this kind of thing for a long, long time, but it takes legislation, activism, organization and prayer, and we're not going to have change unless we do all of them.

Q & A with Sr. Lou Ella Hickman on giving poetic voice to women of the Bible