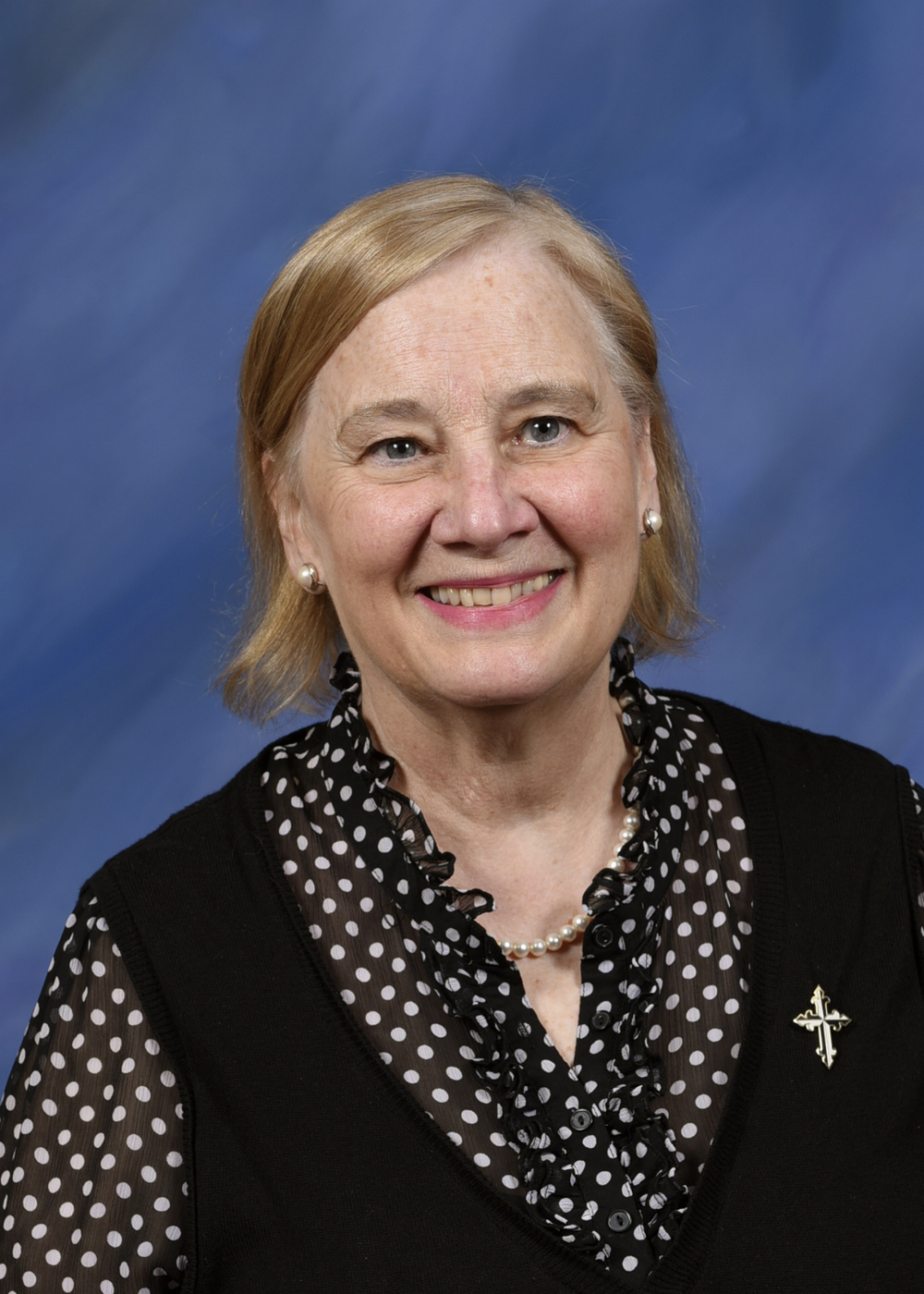 Adrian Dominican Sr. Nancy Murray knows that without great writing, a great performer is nothing.

Murray knows this not only from decades of theater work herself, but from the experience of four of her brothers, as well. While Murray is becoming well-known for her one-woman performances of St. Catherine of Siena and Notre Dame de Namur Sr. Dorothy Stang, her brother Bill Murray is known for movies such as "Ghostbusters," "Groundhog Day," "Hyde Park on Hudson" and "St. Vincent." Her brothers Brian Doyle-Murray, John Murray and Joel Murray also have long lists of movie and television credits.

But it was their writing ability that got them where they are, Nancy Murray said. She wrote both the St. Catherine and Stang plays, as well as one about Mary Potter, founder of the Sisters of the Little Company of Mary.

It's a wonder she has time to write: Murray is constantly traveling and performing, which has become her mission. In March, she was in Illinois, Colorado, Michigan and Wisconsin. April's schedule calls for California, Virginia and Pennsylvania.

GSR: Every sister wonders at times where they might have gone had they not chosen a vocation, but you have a very close, clear example in your brother Bill. Does his fame make you wonder what might have been?

Murray: Not really. For one thing, of nine children, I was the first one in theater. I was the only one in the family who got involved in community theater as a middle-school student. I took drama classes in high school, I got a theater degree, I taught high-school drama for years. So when we get together, I constantly remind them that I'm the only one with a theater degree. 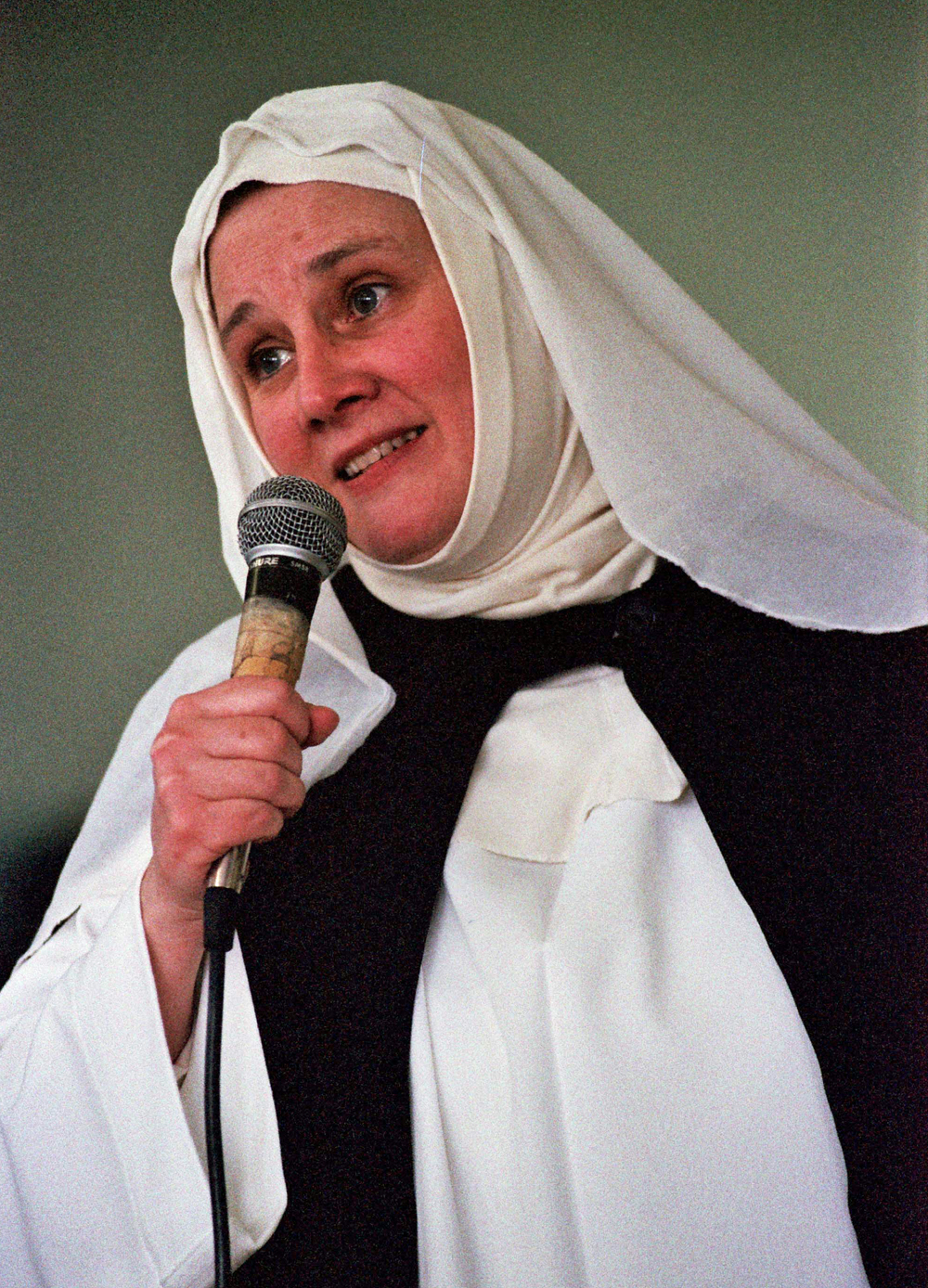 But they get me back. When all four brothers were in 'Scrooged,' I remember I said, 'Can't I just be in the wings? One of the ladies in the club?' But they said, 'Nancy, we wouldn't even look at anyone who didn't weigh at least 10 pounds less than you.'

This year, when Billy got the Mark Twain Prize, there was great pride. There's also been disappointment that his performance in 'St. Vincent' didn't get any acknowledgement. But I don't have any aspirations to be winning prizes and awards, so I don't have that disappointment. There's a different kind of reward system.

In a large production, the actor has a lot of things at their disposal to help engage the audience, but a one-woman play has just a few props. How do you engage in this age of short attention spans?

They're engaged because you do it in storytelling form. You tell them, 'We're going on a journey. Did you bring your imagination?' You ask the audience questions. [In 'St. Catherine'] you say, 'It's March 25, 1347, my birthday. It's also a special feast in the church, who knows what it is? The Annunciation, that's right.' It's amazing because I go from first person to second person to third person, and the audience becomes her family, her patients, all these supporting roles.

When you engage them, it touches the minds and hearts of all ages. I visited kindergartners and first-graders in Fort Collins, Colorado, and I was talking to them in Catherine's accent for about 10 minutes, then I had to go. They said, 'No, please stay with us. Don't leave us.' At a nursing home, one of the staff warned me, 'They will probably leave after a few minutes.' They didn't move. They stayed after and asked questions for half an hour.

It's the humor I put into it. People don't expect humor when you're talking about the life of a saint. Or the family stuff. Everything started out in a familia, and there was never a perfect one. I read [Catherine's] letters, and it was her letters that got me excited. There's a sense of humor there, and this girl was feisty. There's some spicy language in there. She's feisty and kind of defiant at times. I include that because I want people to be drawn to her.

One man said, 'You know, my wife made me come to this, but boy, I sure learned a lot. I never guessed it would be so much fun.'

When you were contemplating a vocation, did you ever expect that you would be on the stage?

No. The first year I was sent to finish my theater degree at Barry University was our first year out of the habit, so it was the first time I could act since I became a sister. I did makeup, I sold tickets, I did directing, I knew that was going to be it. But then I could act, too.

And to perform Dorothy Stang, sometimes it's hard to believe I didn't know her personally. To meet the sisters who are in the story was most interesting, to know they are still alive and some still suffering those terrible tragedies.

Dorothy Stang's family is big — she was one of nine kids — and both her mother and father were the oldest of nine. I'm one of nine kids. I've met cousins of hers who came and brought pictures. It's very touching because you see them, and it's someone they knew and loved so much.