On June 17, Sr. Pearl Ceasar will assume her role as superior general of the Sisters of Providence, a congregation that spans the U.S. Southwest, Missouri, Colorado, California and Mexico.

After 40 years of community organizing, Ceasar is now working on transitioning out of her position as executive director of Project QUEST (Quality Employment through Skills Training), a workforce-development intermediary in San Antonio that prepares people for living-wage jobs.

But before diving in with grand plans as to the direction of her congregation, Ceasar said she plans to meet all the sisters individually "and see where their energies are."

"I heard a minister once say that if we're leaders, and there's no one behind us, then we've fooled ourselves and we're just out for a walk," she said. "For me to be a leader, I need to know who's with me, and for me to know who's with me, I intend to know them and understand their stories, to see where their energy is, what they want to do and where they want to invest their time.

"From that, we can begin to shape what direction the congregation needs to move in."

GSR: Tell me about your current work and what it entails.

Ceasar: [At Project QUEST,] we identify the careers in San Antonio that pay living-wage jobs with a career path and benefits. Right now, we're training people for jobs that pay $18 an hour and above. People come into our organization making $10,000 a year, and once we have identified the occupations and training they need, we can raise the money from the city, the state, the federal government, so we know what training to put them into. They receive career advising and life-skills training. The training is anywhere from 12 weeks to two years, and once they finish their training, they get jobs where they start making at least $18 per hour. The average wage is $42,000 a year.

The organization was organized by the broad-base power organization in San Antonio, COPS — Communities Organized for Public Service — and Metro Alliance, and those two organizations formed Project QUEST, which is who I work for now. But I told them that I will stay on for a smooth transition so that the new executive director will learn the culture of our organization.

Before Project QUEST, I organized with the Industrial Areas Foundation. It entailed leadership development in low- to moderate-income communities, and we organized around issues that people in their communities identified that were hindering. Those issues included lack of water and sewer services, education issues, health care, jobs, good-paying jobs, and senior-citizen housing.

How did you get involved in community organizing?

I taught in Catholic and public schools thinking that that would be the route to take, but it just wasn't. I found community organizing in San Antonio in 1976 when COPS was 3 years old. I worked in one of the lowest-income parishes in the city, and the people in that parish were amazing because they had taken charge of their lives. They were facing what they needed to face, and they acted with power. I had not seen that before, and I just knew instinctively that was where the church needed to be.

The parish was there because of the organization. That parish with 35 other parishes in the city had created a base of power in the city where people could act with dignity and respect. I knew that's where the church needed to be, and I wanted to be with them. So that was my conversion, and that's where I knew I wanted to spend my ministerial life.

What's your order's charism? Do you have new ideas as to how you'll carry out your charism?

For the first 20 years of our existence, we were not a religious order; we were laywomen who taught in those areas. When we then became a religious order, the people named us — we didn't name ourselves. And they named us Sisters of Providence because they saw we depended on providence, on God, for everything that we got. That's how poor the first sisters were: They went with nothing and depended on God for everything they had.

We're still going to be depending very heavily on God in terms of our future. We don't know what's going to happen with Social Security. We have, like most orders, investments, but who knows where that's going to go. Our median age is 81, so our dependence on God is going to be very heavy.

Is educating poor children still front and center as a charism?

Our Lady of the Lake University is in the heart of the west side in San Antonio and has the highest number of students who receive financial aid of any university in the city of San Antonio, so we make a major contribution to low-income students here.

The work of QUEST, I think that still speaks to our basic charism. Here, we educate the adult learner, but it's the same principle: providing education for students or adults who ordinarily would not. They tell us all the time they would not receive an education if it weren't for QUEST and therefore not have a good job if it weren't for QUEST. So we impact thousands and thousands of families.

What are the special challenges your community faces now?

Our community faces the same challenges that most religious orders face today. One is diminishment, meaning our sisters are getting older, but also diminishment of size. However, our sisters appear to have a lot of energy. They still want to be present in the world and still want to make a difference, so it's my job to identify what they want to do with that energy and what direction they want to move in. The other challenge, as most religious orders face, is, how do we want to use our buildings and resources effectively, and within that challenge, how do we want to act as a group? Not as individuals, but as a group? 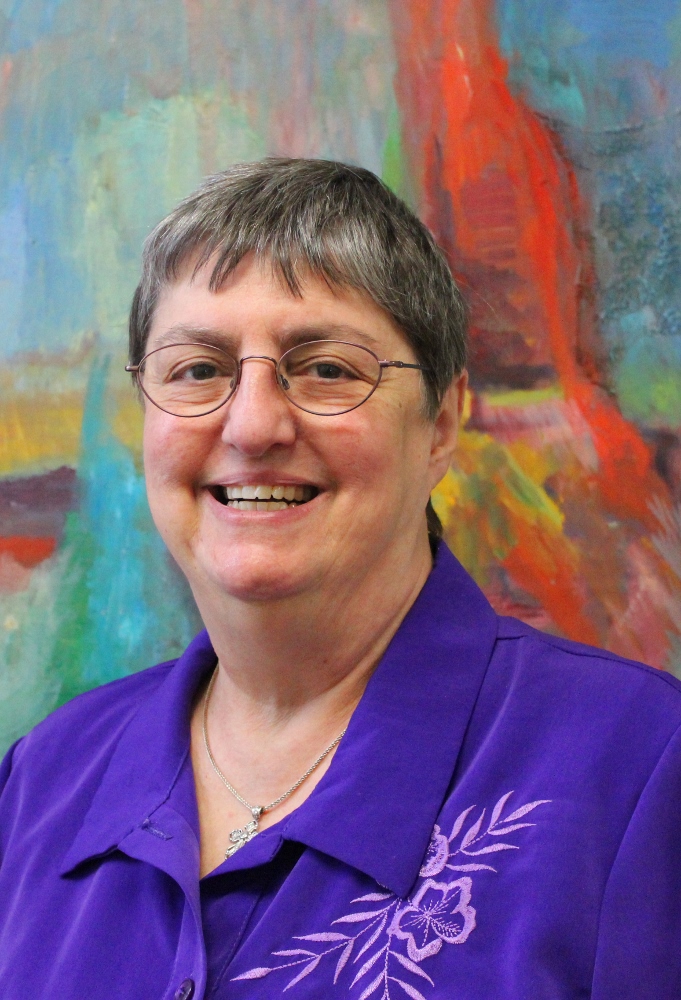 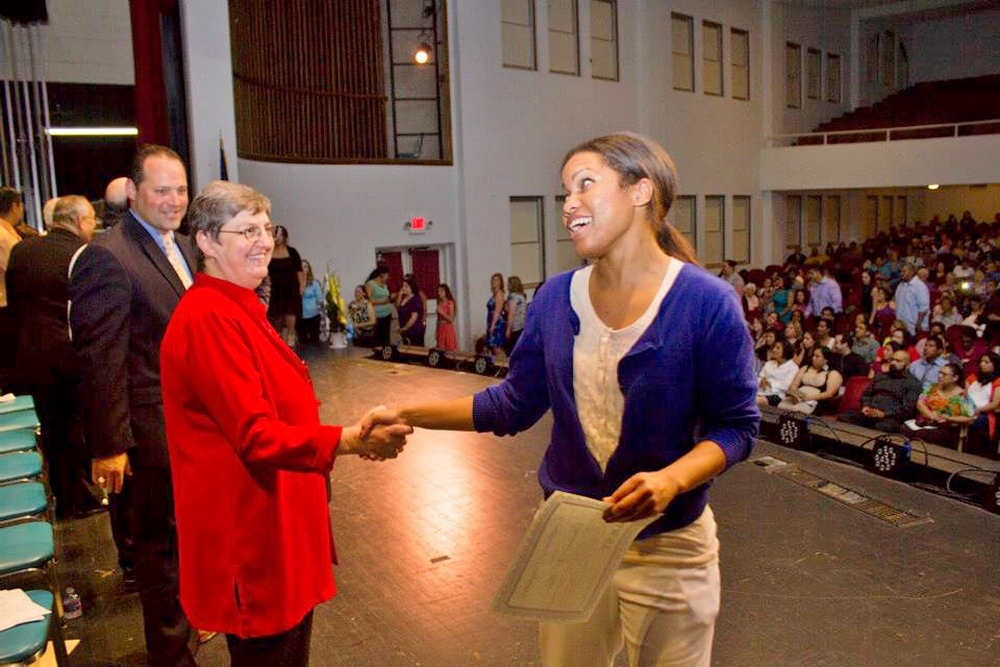 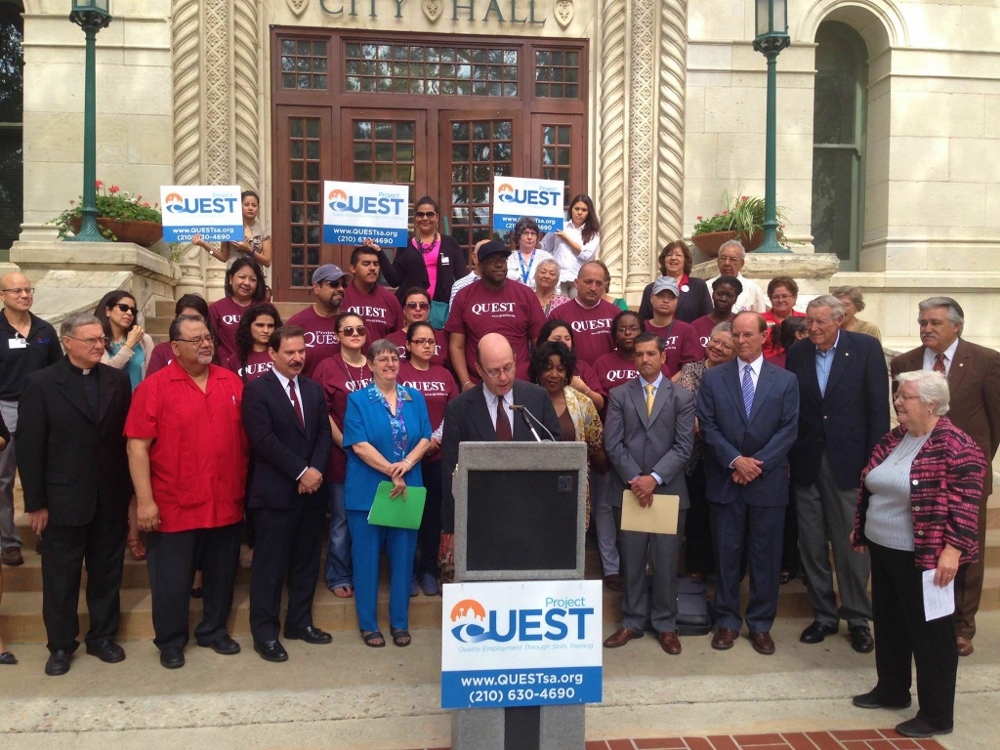