Lakshmi Thapa left her home when a young man, a Christian missionary, invited her to Jorhat, a town in Assam, northeastern India. Thapa, the daughter of a Hindu soldier from Nepal, was then living in Dehradun, a northern India. The man promised to meet her in Calcutta, the largest city in eastern India, and then travel together to his place. However, he was not there when she landed in Calcutta.

That was in 1953, and Thapa was just 18. During the past 63 years, Lakshmi became a Catholic, changed her name to Rose and went on to serve an indigenous religious congregation for women as its first native superior general.

Today, she leads a retired life as a Catholic nun in a convent in Guwahati, Assam's commercial capital, where she spends most of her time in the chapel, adoring the Eucharist.

GSR: Tell us something about yourself.

Thapa: I am one of 10 children in a Nepali Hindu family. Since my father was in the Indian army, our family moved from place to place with him. When we were in Dehradun, we befriended a young Christian Baptist missionary. He was there to serve the Christians. After a few months, he left for Jorhat. It was in 1953.

Before leaving Dehradun, the man gifted me a gold chain. A month later, I got a letter from him, asking me to join him at Jorhat. Surprised, I showed the letter to my parents and siblings. They said, 'If he is in love with her, let her go.' My father told my brother-in-law to put me in a train going to Calcutta [now Kolkata].

The man was not there when I reached Calcutta. I did not know where to go. I told a rickshaw-puller my predicament, and he took me to a British woman named Rita. When I narrated my story, she asked me to stay with her while she made arrangements to send me to Jorhat. The man had sent a flight ticket to her for me to fly to Jorhat.

When I reached Jorhat, my friend had left for England because of some urgency. I was told that he would not return. For a few days, I stayed in a convent. I met Bishop [Stephen] Ferrando of Shillong, an Italian Salesian missionary, who founded the Missionary Sisters of Mary Help of Christians in 1942. [Pope Francis declared Ferrando venerable in March.]

He gave me a rosary and a picture of Our Lady. Until then, I had followed no religion. My first introduction to Jesus was in Rita's house.

I returned to Rita in Calcutta. She accepted me as a family member. Her kindness and love touched me. I never thought of going back to my parents, but I kept them informed about my situation.

I gave Rita the young man's chain, since it had no meaning for me anymore. I then wrote to Bishop Ferrando that I wanted to go back to the convent in Jorhat. He arranged my ticket.

Why did you choose to become a Christian? What was your parents' reaction?

I had to make a choice. I had no education and had left my parents for that man. I then decided follow Christ, as I had experienced his love and kindness from his followers. I wanted to know more about Christ.

When I requested baptism, Bishop Ferrando advised me to get written permission from my father. My father replied 'No objection' with army authoritarianism.

The bishop asked, 'No objection for what?' My father then wrote that he was allowing me to receive baptism. The sisters taught me catechism, and in December 1953, I received baptism from Bishop Ferrando. I took the name Rose at my baptism.

I wanted to do nursing, but the bishop would not agree. I had studied only up to eighth grade.

I was staying with a group of young women who wanted to join the bishop's new congregation. Like me, they too had not completed their school. I told the bishop my desire to become a religious sister. I had left my house for one young man. Now I wanted to give my life to Christ.

The bishop sent me to complete 10th grade and then for Montessori training. In 1956, I made my first commitment.

Our fledgling congregation was very poor. We did not even have toothpaste. We used charcoal powder to brush our teeth. But we were full of joy. That is the life that is committed to Christ.

I was in charge of our kitchen and of fetching firewood for cooking. I did everything with much enthusiasm and love. I was certainly happy inside.

We were taught church history and liturgy along with catechism.

I wanted to work for God. I wanted to live for Jesus. This was my thought always. All were happy with me. At that time, we had no house of our own. Yet I was very happy. My joy was so much that I did not even miss my family.

Please say something about the new congregation.

Bishop Ferrando headed Shillong from 1935 [to 1969]. The diocese covered most of northeastern India. During his visits to interior mission centers, he had seen people's suffering.

We could say our congregation emerged out of the misery of the World War II. During the war, the British interned all foreign missionaries since they were from Italy. Northeastern India experienced great hardships during the war because it borders countries such as Burma [Myanmar], Bangladesh, China and Pakistan. People were dislocated, refugees came in hordes, and poverty, starvation, epidemics and deaths became common.

The bishop realized the need for genuine care and concern for rural women who lived in squalid, unhygienic conditions. He decided to start a congregation to visit villages, take care of the sick, teach children continuously. He was also convinced the future of the mission in the region depended on local vocations. So he founded the Missionary Sisters of Mary Help of Christians.

Bishop Ferrando was encouraged by the encyclical letter of Pope Pius XI appealing bishops to create new religious communities. The bishop began with eight young women he trained with the help of Salesian Sr. Severina Schiapparelli. These women had not completed their school. They took their first vows in 1944.

How did your family react when you became a Catholic nun?

[Smiles] I had given up my family for a young man. Now I had committed myself to Jesus. They had no objection. They wanted me to be happy in life, wherever I am. I visit them on my holidays. I stay with them. They respect me.

Do you recall your early mission in villages?

I did not have much village experience as I was attached to small schools most of the time.

However, our sisters lived a hard life touring villages for weeks as mandated by our founder. We carried our beddings for the night along with our clothes. The villagers helped carry the luggage when we climbed hills or walked long distances. In villages, we taught people hygiene, catechism and sometimes farming, too.

We also carried the Blessed Sacrament and a lamp during the visits. As priests were few, we could not have Mass daily. We were the only Christians in those villages. It was as though we were the backbone of village evangelization. After we prepared the people, priests would come to baptize them and administer other sacraments. Even today, it is mandatory that everyone spend a few weeks in villages.

Tell us about your experience as the first native mother general.

[Smiles again] By myself, I could do nothing. I am aware of my unworthiness and inability. But I believe with God, I can do anything. I allowed God to work in and through me. I had an efficient secretary, Sr. Mary Pakumala, who knew English well, and she helped me a lot.

What is the status of the congregation now?

Our congregation has five provinces in India and a delegation in Italy. The headquarters is in Guwahati. The delegation headquarter is at Turin, Italy.

The congregation has 1,167 members belonging to 53 ethnic groups working in 171 centers in India and 19 in other countries.

What are the challenges the congregation has faced in the region?

The same challenges the church has faced: poverty, illiteracy, broken families, rivalry among Christian denominations, and onslaught of modernism with its consumerism and individualism.

The people here are basically tribal. Unlike other parts of India, there is no caste system here that segregates people on the basis of their birth. There is no dowry, either. There is a strong community spirit that allows them live a harmonious life.

The tribal women command esteem and power in society. People find lots of similarities with the teachings of Christianity about the supreme God, the existence of the Spirit. Christianity seems to offer them dignity, recognition, and infuse in them new hope.

Every convent has set apart two sisters for village visits. They tour villages and stay in each place for at least four days to meet with families, conduct faith formation and catechetical instruction, and prepare people for marriages and sacraments.

Besides India, where else do you have branches?

The congregation became a pontifical institute on March 21, 1977. Salesian Rector Major Don E. Vigano accepted us officially as a member of the Salesian family in 1986.

We have ventured out into a wider mission to Italy, Swaziland, Lesotho, South Sudan, Johannesburg, Mozambique, Ethiopia and Germany.

What is your message to the new members?

My experience is that when we religious had hard life with no comforts, we were focused on our mission and the life of consecration. It was a call to surrender and sacrifice for the sake of Jesus.

I have always traveled in buses, as we owned no vehicles. Today, life has progressed, and our youngsters are growing up in an atmosphere of modernity. With more comforts getting in, our focus on God fades. They have all the comforts they want. They are not willing to sacrifice smaller comforts for a bigger purpose. They give up their calling when faced with a little difficulty or correction. To live for Jesus means to live for his people in our time, to serve them in their needs, foregoing our comforts and likes. 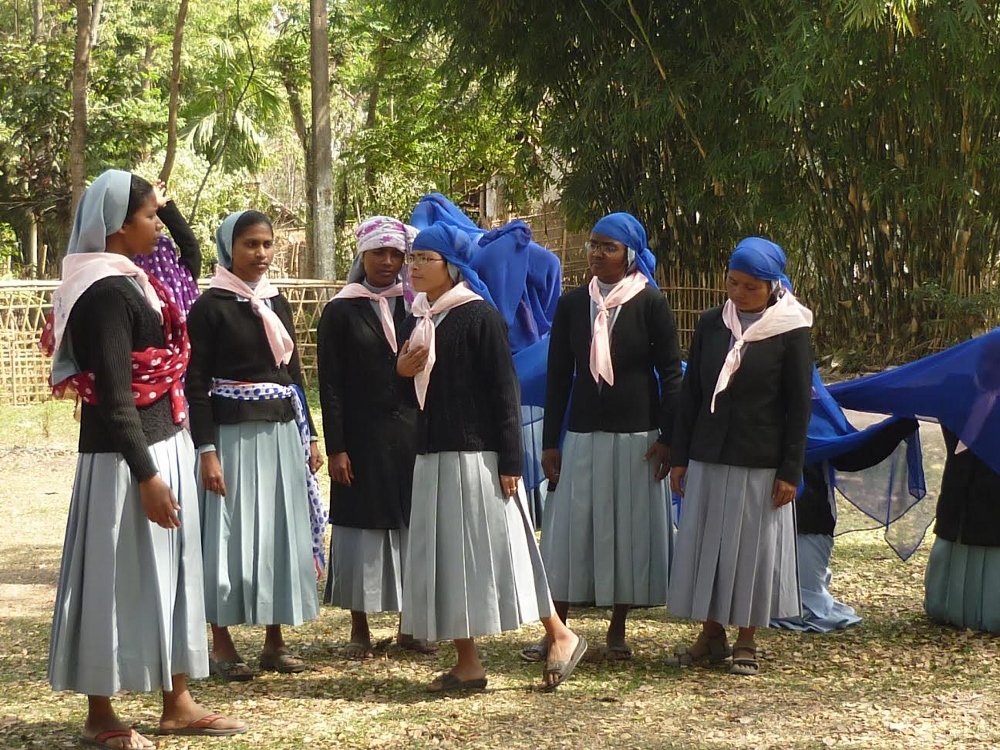 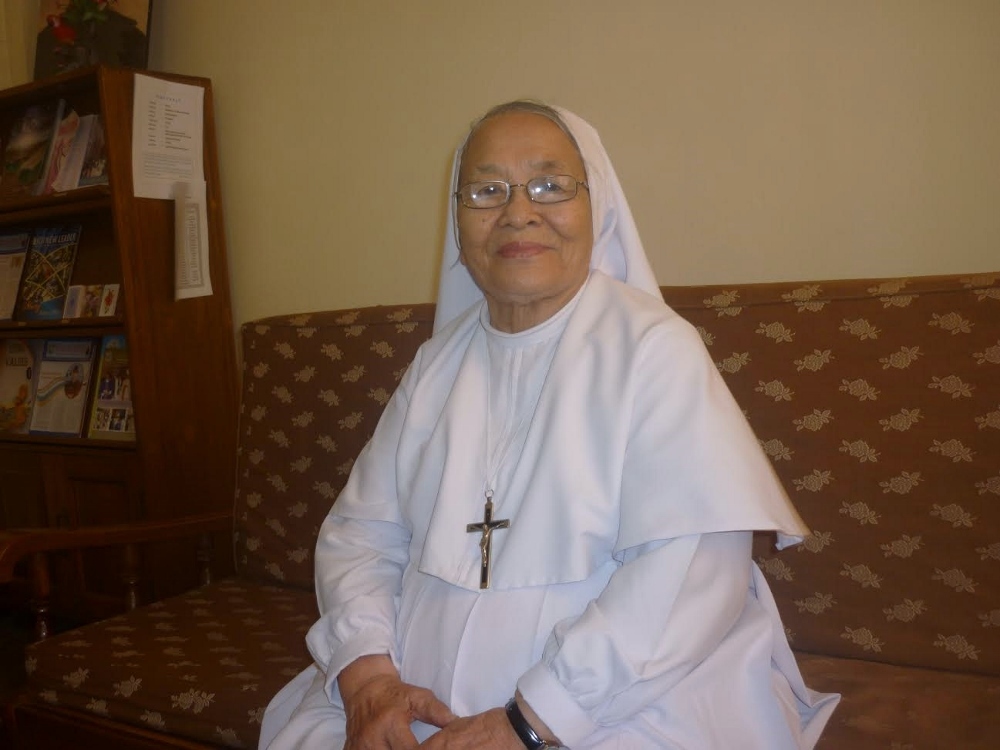 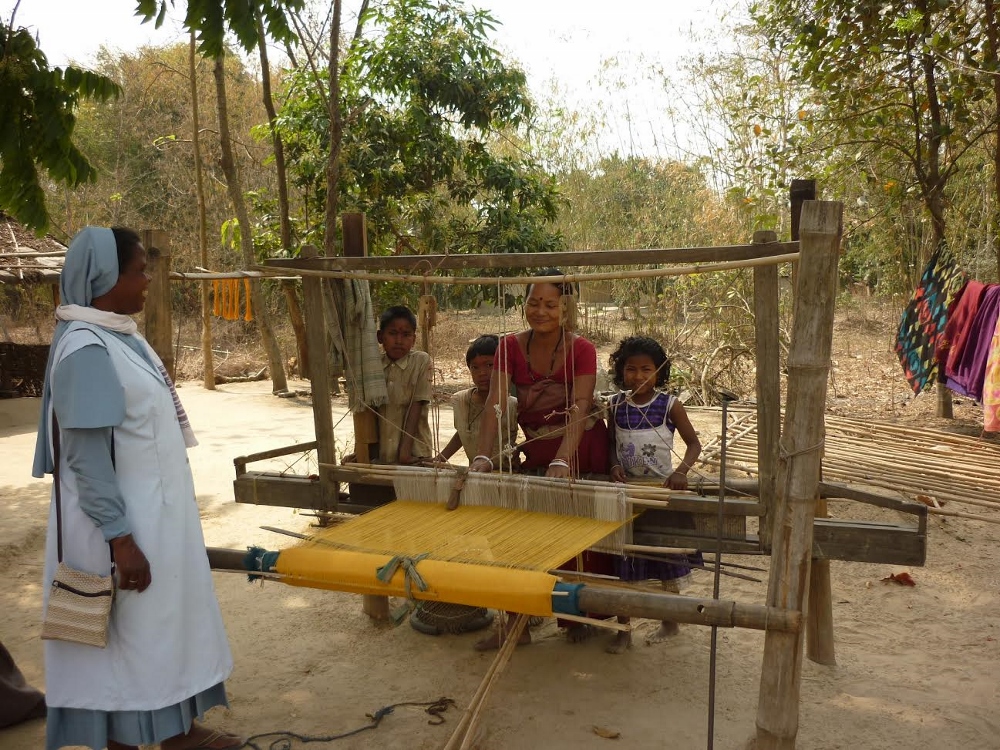 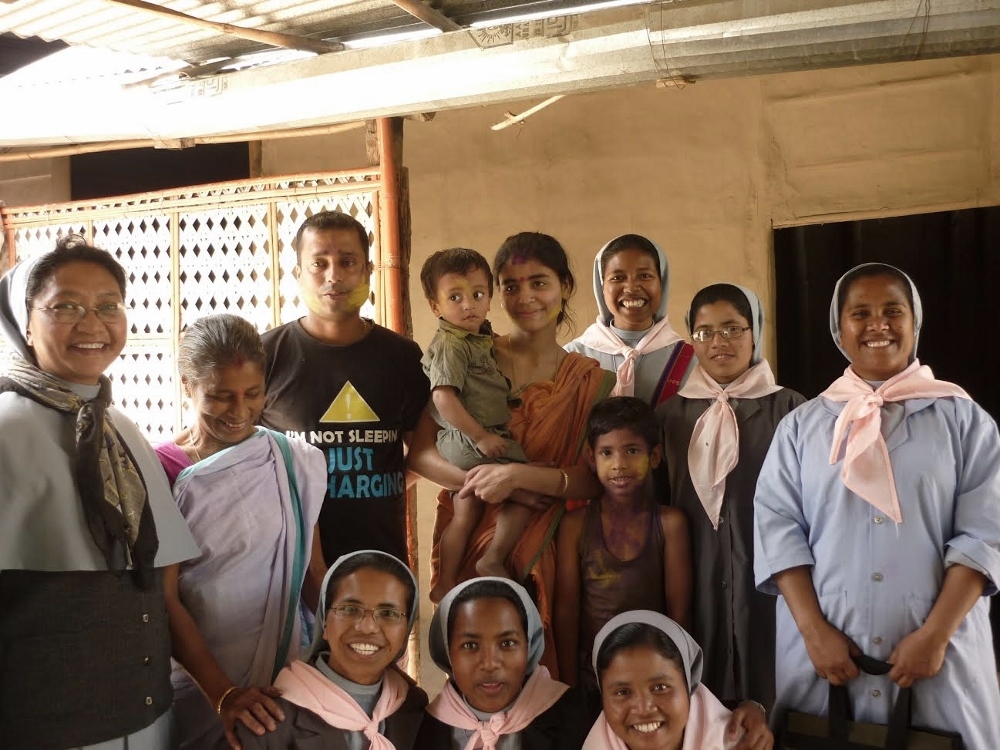 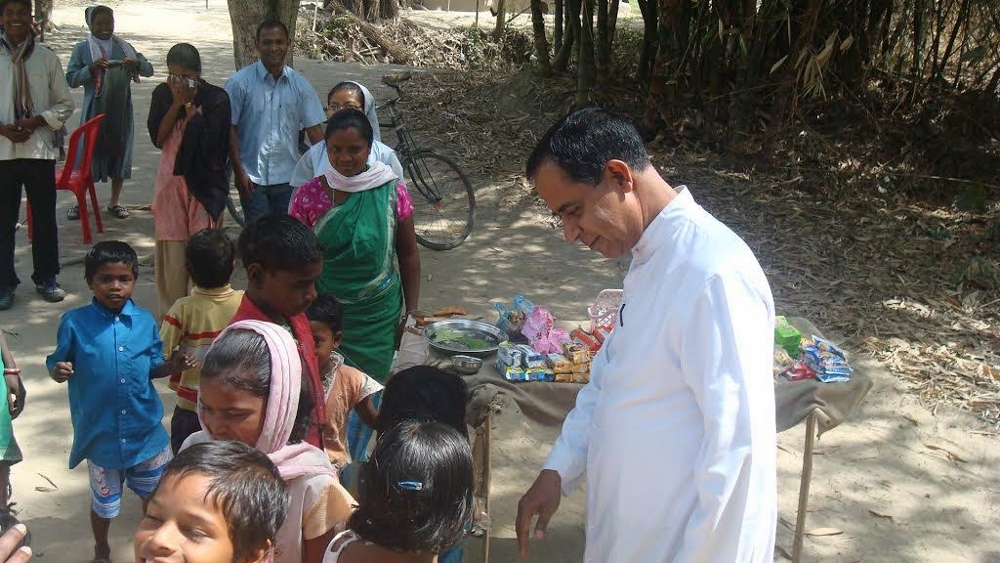