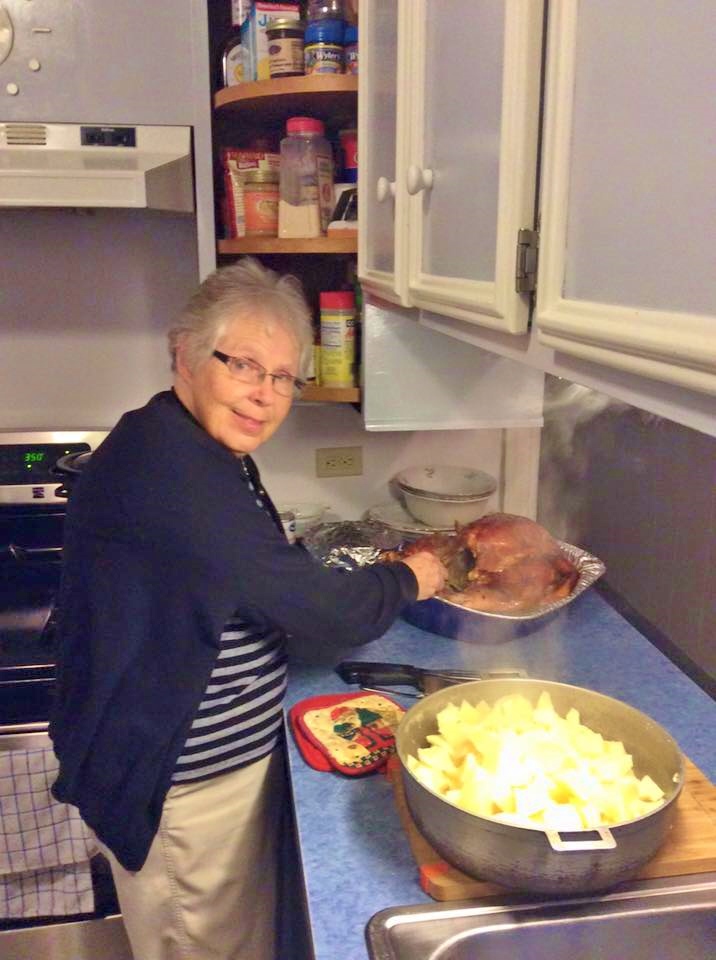 When her nephew got into trouble with the law in the mid-1980s, Sr. Virginia Longcope, a member of the Missionary Sisters of the Most Sacred Heart of Jesus, gave up her fifth-grade teaching job in Pennsylvania and volunteered to work with her nephew's parole officer in North Carolina. After much prayer, Longcope decided to explore prison ministry more seriously and became a certified counselor in the drug and alcohol mental health unit at a maximum-security prison in Columbia, South Carolina. She later got her master's degree in social work to take a position at a work-release center.

Longcope's gradual interest in the ministry eventually amounted to her starting a residential home in Bethlehem, Pennsylvania, in the early 1990s, intended for former inmates recovering from addiction: Stephen's Place. Taking in five to six residents at a time, Longcope offers a family atmosphere with strict rules, family dinners and field trips. She hosts social gatherings with her "graduates" and their children for the holidays, too. No upfront payment is required, but after residents obtain employment, Longcope charges $80 a week for rent.

"'I will remove from you your heart of stone and give you a heart of flesh,'" quoted Longcope, from Ezekiel 36:26. "That's what I believe happens to people in this house. Their hearts soften and their consciousness awakens."

What inspired you to begin the residential home?

I noticed how [former inmates] would come to the release center and get a job, do well, and were motivated to do the right thing. But when they were released, they'd go back to these towns in South Carolina, all towns where the lower income people got their money by selling drugs on Myrtle Beach and that area. I said, there's got to be something better than this for them to go back. Going back to the same place isn't working. Then there was a kid ready to come out of the prison, but he wasn't allowed to go out to a place to live because he didn't have a sponsor and was estranged from his family. So I got permission from the warden to get him an apartment. When he got out, I was his mentor, in a sense, and he said to me, "Sister, you should start a house where you could help more people like me." I presented this to our community, and they told me that if I could get the money, I could do it.

We brought in our first resident in 1994, and now we're at 23 years. We get all our money through donations and grants, family trusts — anything we have in this house has been either donated or through a grant.

Tell me about the program.

I named it Stephen because the young man that I helped find a place was named Stephen, and I felt like he had planted the seed for this. The whole emphasis is on recovery, for them to get grounded in their recovery [from] drugs or alcohol. We turn down people because we don't have room or because they're the wrong type of offenders or from state prison. I have found out through my experience that, by the time they're in state prison, I don't know how [well they would fit in] a program like this — they're pretty hardened by that time. [I've] taken some from state prison, and they've been OK, but usually from county and they keep me busy. They have to be 18 or older, with a history of substance abuse, able to work and get a full-time job, and motivated for change. They'll tell you anything to get out of jail or into a program like that, but it's a family-oriented program.

Many of them never ate together as a family, so everybody that comes here needs a day-shift job, a meeting every day for 90 days or their out-patient treatment. The family part that really works is Thursday night, when everybody has to be here for dinner, and we have a meeting after. Sometimes the graduates come, and it's such a small group, that they really feel more comfortable in sharing and what's going on with them. The residents take turns making the meal, with their chores, the house, the property, the garden — and this is all along with their work.  They have availability to me at any time, but they can go to an outside agency for counseling if they'd like. Every month we try and do an outside activity to teach them that they can have a good time without drugs or alcohol. We'll go to the hockey game, baseball game, movies, or out to eat as a group.

We stress accountability and responsibility. They have to let me know where and what they're doing. They have curfews, and for the first 90 days they're not allowed to have anything with social media or smart phones. When they're in early recovery, they know and they're taught that associating with the people in the past is only going to bring them down. We want them to start a new set of friends in the recovery community. 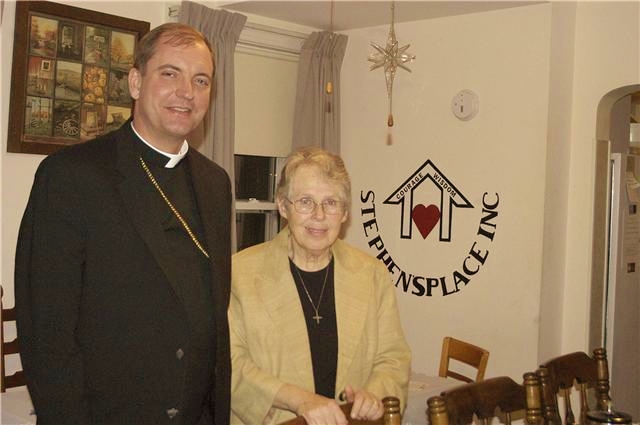 Have you ever been met with resistance?

I have this famous line that I always tell them: 'You can do whatever you want to do, but you can't do it here.' And I also tell them, 'I didn't knock on your door; you knocked on mine. So if you want to be here, this is what you have to do.' And if you don't want to be here, I won't fight you. They'd have to find another place to live. If they're caught using drugs or I think they're using drugs, they take a drug test. A lot of times I have found that if we talk about it, and we talk it through, they usually come around.

I've had people up to two years, but I'd say about 10 months to a year is average. Some have a harder time than others to get the money to go out on their own because of their income bracket and they have a lot of debt, so if they're doing it well and working a program like [Alcoholics Anonymous], then I let them stay as long as they need to stay. I've never gone into county or state funding because I don't want them to tell me how long someone can stay. Statistically it's been proven that the longer a person is in a structured environment, the better the outcome, long-term.

What keeps you motivated or inspired?

Watching people change. Not everybody changes, but enough change to keep me doing this at this age.

What misconceptions have you learned over the years?

I'm a person who has always taken on face value that what you say is the truth, but a lot of these guys do not do that. A lot of times, I look at this like, what goes around comes around, and it'll always come out in the wash. If you're doing something you're not supposed to be doing, I don't have to be a cop or investigator — I will find out. And I usually do.

A misconception I had in the beginning, for everybody, is that, this is such a nice house and they're getting good food, why wouldn't they be really grateful for something like this? Instead of being grateful, some of them take it like they're entitled to something like this, like a given. I had to learn gratitude, and eventually those who do really well come to learn what gratitude is. We're talking about people whose hearts are very hardened. . . . My hope is that their hearts will soften, that their conscience will awaken, and that they'll learn thorough the program and experience here that if they do the next right thing, if they are very honest with their life, things are going to go well for them after.

[Misconceptions are] also why we had such a fight with zoning in the beginning. People were afraid to live next door to us. Once we got in here, those people really changed. One was an elderly couple, and they had us come over and help when they needed something. So, the guys go over there and shovel his snow, and the elderly man comes to our counseling meetings and praises us to the sky about having neighbors fix and help him out with [his house]. We're not [facing a lack of acceptance] anymore.

How has this work changed you as a person through the years?

Sometimes it can be a very humbling experience. What I've learned is that, as a religious, we don't have to worry about our healthcare. Or what clothes we're going to wear. Or worry about where we're going to live — none of those concerns are part of my life. But it is a part of their life. I have more appreciation of what I've had all my life and an increase of faith. God can really change and work miracles in people's lives, and they can become the people that you never thought.

Do you have a favorite anecdote about someone who's changed?

His nickname was 'Angry Randy,' and he's been clean for almost 10 years. When I first met him at the prison, I didn't want to take him because he was so angry. Both his parents were addicts, and he was raised on the streets and asked to come to the house. We had our conflicts, and he had resistance, but eventually he ended up staying here for 13 months. While he was here he was able to get shared custody of his son. He eventually got an apartment, and we helped him with his rent every month for quite a while [through our rental assistance program].

This kid didn't have a license and wasn't going to get one for a long time because he had, like, three DUIs, so he had to do everything by bus or friends who he could depend on. Later he decided he didn't want to just use a hammer for his whole life and work on a roof, so he stared going to a community college and graduated this May as a physical therapist assistant, now working at a nursing home up here. He's just on the road to becoming what he's always dreamed of. He's a perfect example of dreams coming true. He visits us about once a month, and just last week he shampooed our carpets for us.

We believe that if they've done well here and as long as we have the resources, we become their extended family in a sense.

Pioneers of past pandemics