It was 1913, and William Howard Taft was president of the United States until March 4, when Woodrow Wilson was inaugurated. The ratification of the 16th Amendment to the Constitution empowered the federal government to collect income taxes, but it would be seven more years before the 19th Amendment was ratified, giving women the right to vote.

And Vivian Ivantic was born.

One hundred and three years later — "I'm pushing for 104 in August," she said — the Benedictine Sister of Chicago is still going strong.

After decades of being a teacher, a librarian and her community's archivist, she finally had to retire two years ago.

Though she grew up on the north side of Chicago, spent years working in Benedictine schools there, and lives there now in the monastery's infirmary, the Chicago Cubs' World Series Championship — its first since 1908 — means little to her because she is a Chicago White Sox fan.

Today, Ivantic is active in the Benedictines' prayer ministry, which receives prayer requests from all over the world.

GSR: You've been alive through some amazing changes in the church. What's it been like to live through those?

Ivantic: For me, I thank God for how Vatican II changed the church. It opened it up [especially for women religious]. We were so carefully guarded.

Before Vatican II, two of us went from the South Side [of Chicago] by trolley car to go downtown. When we got there, I went one block east, and the other sister went one block west. The cardinal saw her and scolded her for being alone. And then our superior got a phone call from the cardinal for one of her sisters being alone on the street.

We never had money for ourselves. If we were studying at Loyola or DePaul, the trolley was 7 cents each way, so our superior would give us $1 to cover 14 trips. And then the next term, we'd get another dollar. We never even had a penny we could spend on ourselves.

Vatican II was a tremendous blessing. We were freed from the legislation of centuries, that a sister, no matter how old she was, was still treated as a little girl. The priests almost patted us on the head. Vatican II brought out the fact that we are adults and able to think on our own and act on our own.

What about your years teaching? Was that very different from today?

Oh, yes. When I taught in Tucson, Arizona, they divided the sacristy in two, and half of it was our convent. They put walls over the carport, and that was our dormitory. We found out we had to be careful when we talked in the kitchen because it was right off the sanctuary, and anyone in the church could hear what we were saying in the kitchen. We found out when a woman knocked on the door and said, 'Tell me more!'

Every child in our school was there because either they or someone in their family had been told by doctors to go to Tucson for the sunshine and dry air. Our children ate outside in the winter. In the summer, they sat under what was called a ramada, simply a roof set on poles.

We planted a tree there, but we had to dig the hole 6 feet deep and 6 feet across because of the poor soil.

When I taught in Chicago, one of our buildings was very close to the L train. [The L is what Chicagoans call their elevated-train system.] It was so close to the tracks that from my classroom, I could almost shake hands with the people on the train. And during rush hour, it was so loud, I almost couldn't teach between 8 and 9 a.m.

You were born 42 years after the Great Chicago Fire, and as archivist, I understand you had a hand in preserving the Chicago Benedictines' memories of that event.

Yes, I was the archivist from the 1970s until just about two years ago. When I started, there was just one banker's box. Now, there's two rooms. We needed to have some knowledge preserved of the people who lived here.

When the Benedictines first arrived from Pennsylvania, the sisters were terribly poor. There was never enough to eat in some of those early days, and because of tuberculosis, they made a point that every sister had to be outside at least 15 minutes a day.

We had a school and a convent downtown on Wabash Avenue, and when the fire came [in 1871], our sisters took the students, and they were all given shelter by other communities. They came back to Chicago as soon as the city was being rebuilt, but when they went to the convent to see if anything was left, all there was were some spoons that had melted together. That's all they found.

You've been a sister since you were 20. That's 83 years! You've also been called a great champion for women. Do you have any regrets? Anything you would have done differently?

Oh, no. I always wanted to be a nun. My first day in first grade, I came home and told my mom that's what I wanted to be. I never doubted my vocation to the religious life.

I think we need to admit women to the priesthood. That's long overdue. I can't imagine Mary Magdalene not being a priest. She was the first disciple Jesus appeared to. I won't see it, not in my lifetime, but I expect it will happen.

At one time, there were almost 200 Benedictines in Chicago. Today, we number in the mid-30s. But this is God's way of working. The Benedictine order will continue. We've been in God's hands for too many centuries for it not to continue. 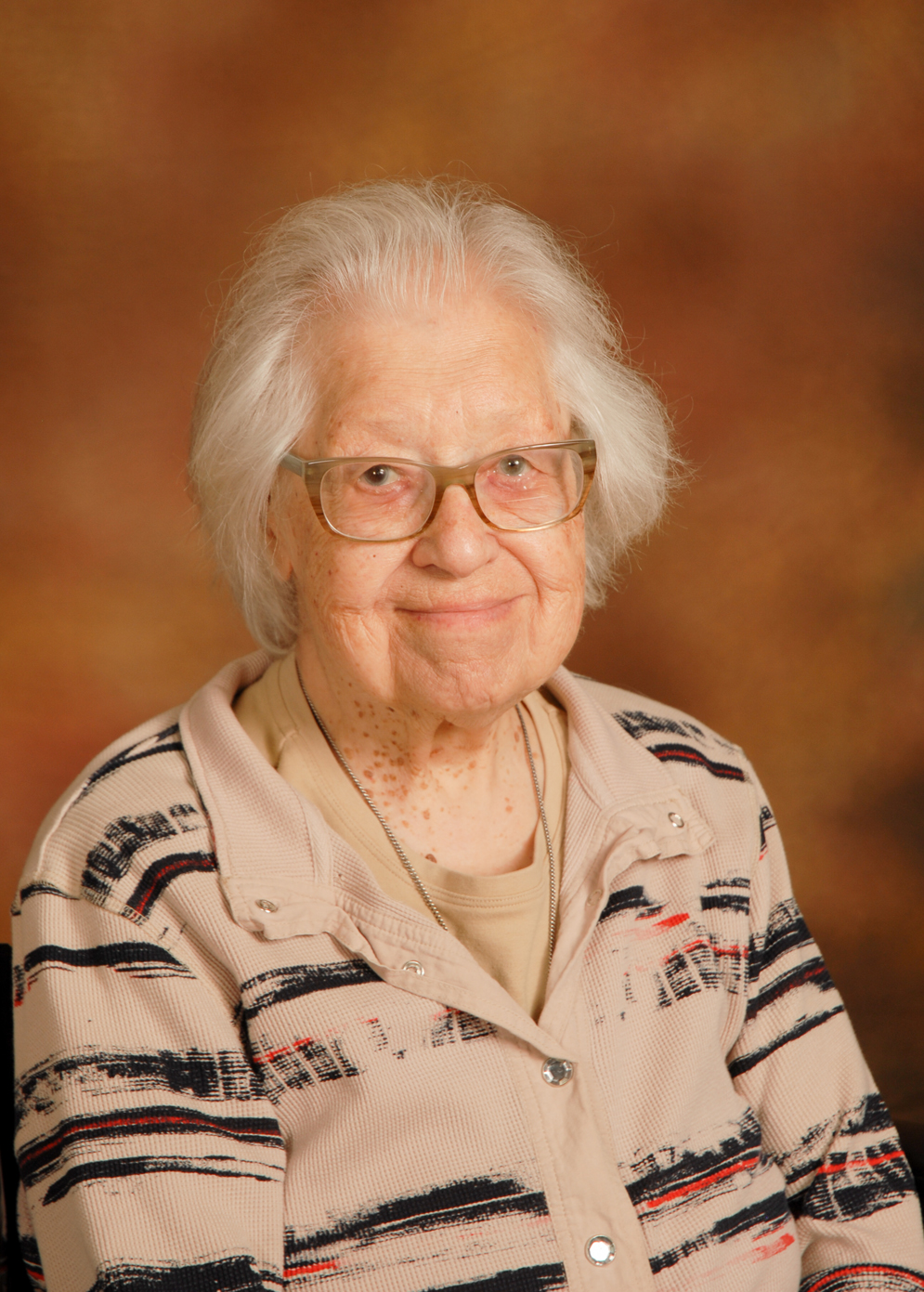 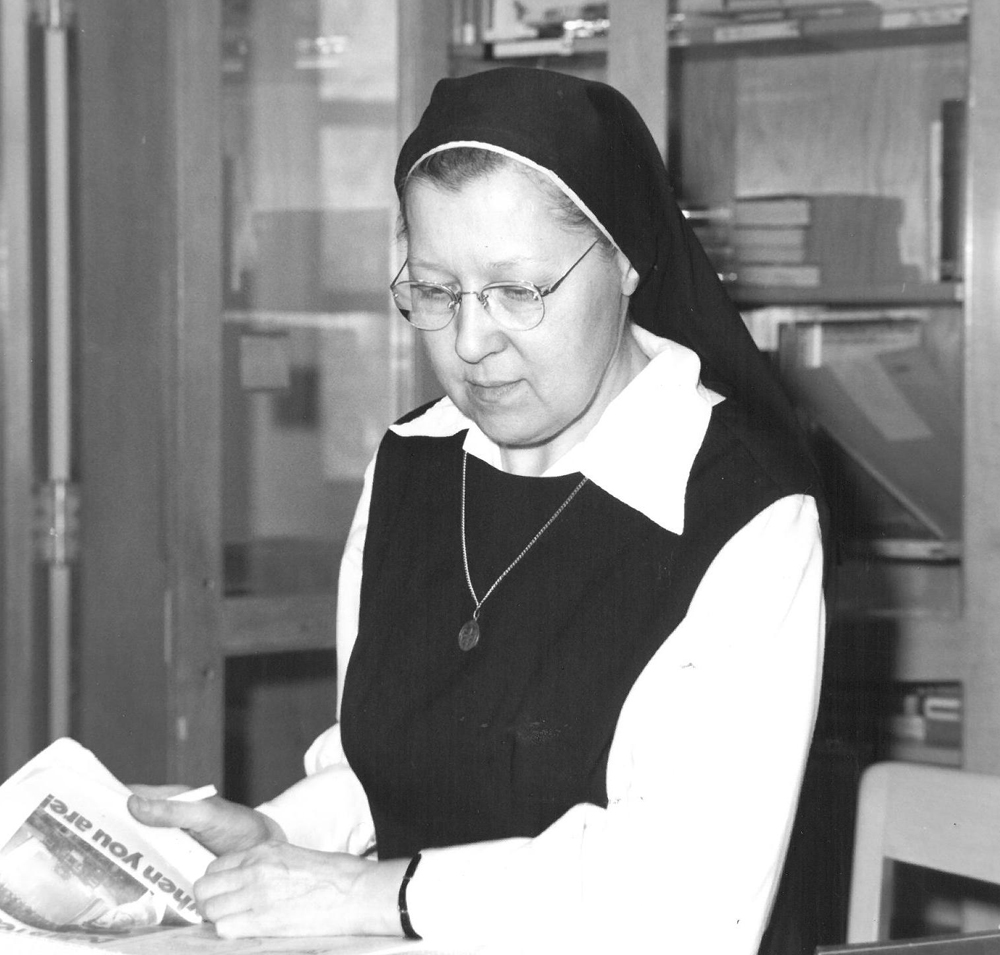 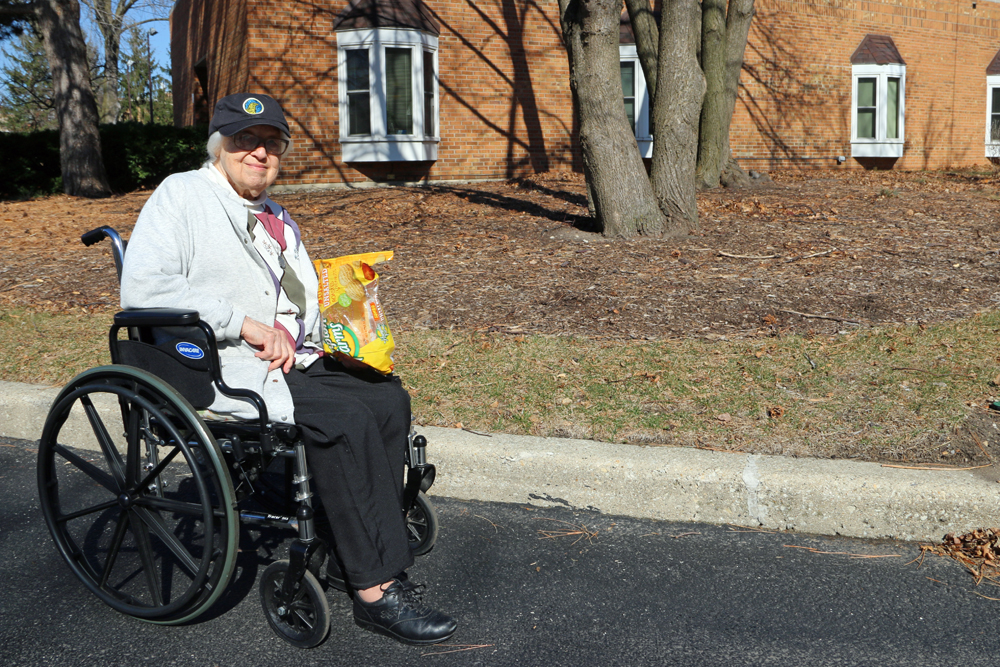